Ana de Armas has weighed in amid speculation she’s reconciled with ex-boyfriend Ben Affleck.The actress, 32, shared a screenshot that featured a series of stickers that read “I don’t think so” and “nope” to her Instagram Story.In a separate post, she s…

The actress, 32, shared a screenshot that featured a series of stickers that read "I don't think so" and "nope" to her Instagram Story.

In a separate post, she shared a video of Marilyn Monroe, who she is playing in the upcoming film Blondie, repeatedly singing "no." 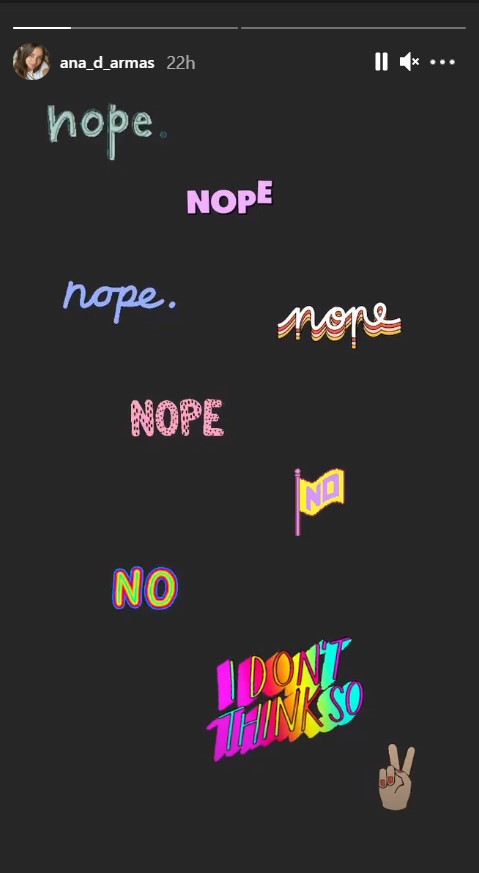 De Armas' post comes after she published a photo of her wearing a necklace that had a half-heart pendant. It's the same piece of jewellery she and Affleck were previously seen wearing on a date.

Naturally, fans began to assume this was a sign the former couple were back together.

However, her latest social media activity appears to confirm the rumours aren't true.

De Armas and Affleck first started dating in early 2020 after meeting on the movie Deep Water.

RELATED: Casey Affleck reacts to Ben Affleck's split from Ana de Armas: 'She won't have any problems meeting somebody else' 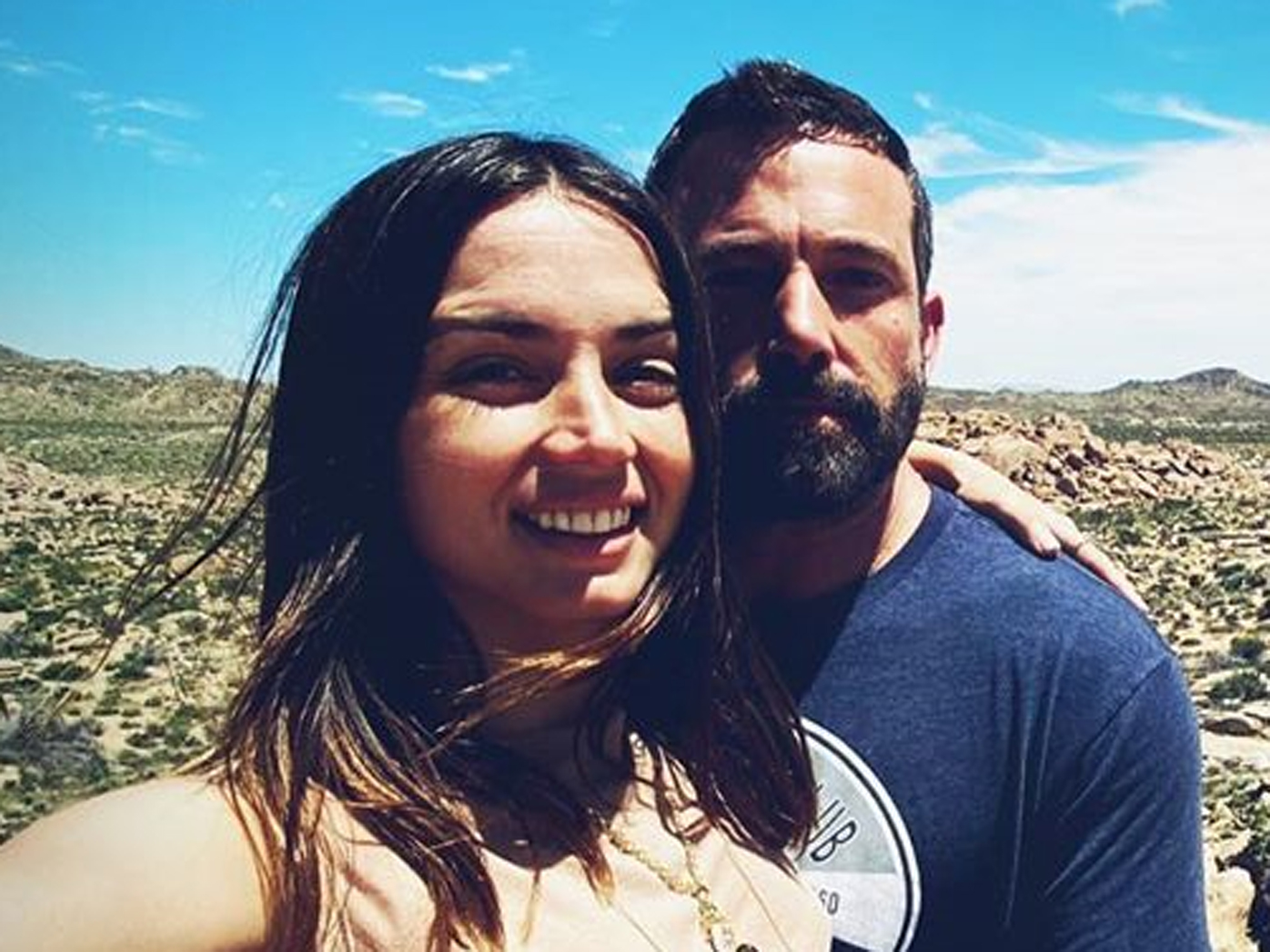 The pair split in January after nearly a year together, with an insider confirming, "Ben is no longer dating Ana."

"Their relationship was complicated. Ana doesn't want to be Los Angeles-based and Ben obviously has to since his kids live in Los Angeles," the source said.

"This is something that was mutual and something that is completely amicable," another source close to the couple added. "They are in different points in their lives; there is deep love and respect there. Ben continues to want to work on himself. He has three jobs lined up and he's a solid father at home. They are both happy with where they are in their lives." 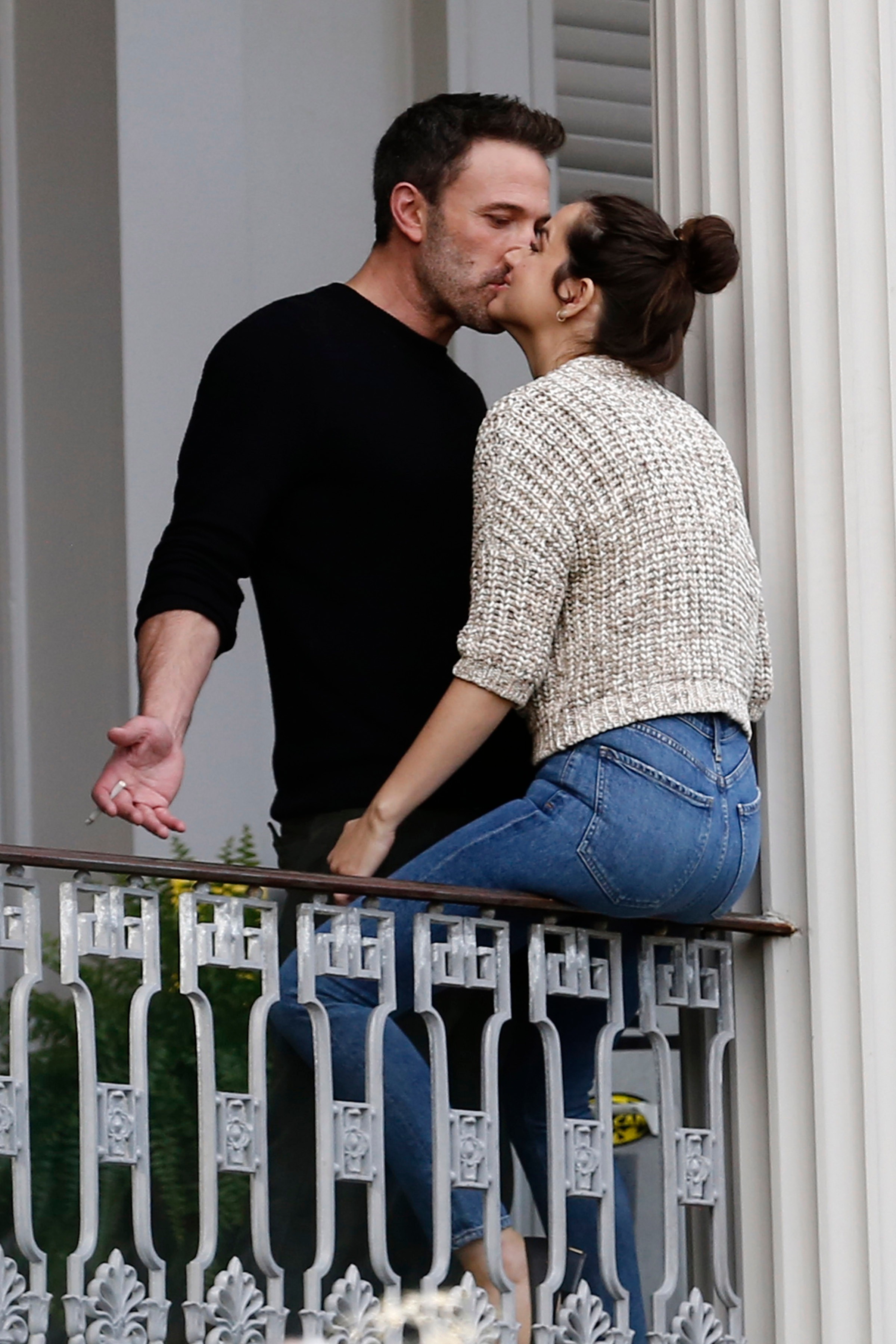 De Armas was previously married to Spanish actor and model Marc Clotet from 2011 to 2013. Meanwhile, Affleck was married to Garner from 2005 until they got a divorce in 2018.