Out of all the advertising slogans that appear in TV commercials aired around the world, only a select few remain in the pop culture vernacular. Cadbury’s famous catchphrase “Why is it so?” is one of them.The famous four words were uttered by American-…

Out of all the advertising slogans that appear in TV commercials aired around the world, only a select few remain in the pop culture vernacular. Cadbury's famous catchphrase "Why is it so?" is one of them.

The famous four words were uttered by American-born physicist and TV personality, Julius Sumner Miller, who starred in an educational Aussie ABC series of the same name.

Miller — who was also a professor who lectured at the University of Sydney while he lived on our shores from the '60s to '80s — would conduct experiments on the show. From making electro-magnets with just a wire, battery and rod to producing electricity in an emergency, Miller had us covered. 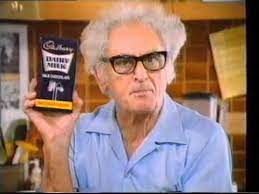 But it was his cameos in the Cadbury commercials that he will undoubtedly be most remembered. Miller — who would have turned 112 years old this week — appeared in the ads which featured his trademark line, "Why is it so?"

In the commercials, the trusty academic would demonstrate how each block of Cadbury chocolate embraced "substantial nourishment and enjoyment" and contained the signature "glass and a half of full-cream dairy milk".

And he would do so using a variety of props, including spinning tops, melting candles and even hard-boiled eggs. The beloved professor appeared in a series of ads for Cadbury in the '80s, right up until his death in 1987 The ads were popular with viewers and were played on screens for some years after his death.

Miller passed away after a short battle with cancer. At the time, he had returned to the US where he was diagnosed with leukemia. Just six short weeks after his diagnosis, he passed away.

READ:  Netflix's The White Tiger Is a Tale of Rebellion and Opportunity in India

According to the Los Angeles Times, Miller requested his body be donated to the school of dentistry at the University of Southern California following his death.