Meatless slow-cooker meals that are simple, filling and totally delicious.

If you’re on the hunt for a few plant-based slow-cooker recipes, you’re not alone. Plant-based diets are gaining popularity, although there seems to be some disagreement on what a plant-based diet actually is. In my book, it means eating mostly plants—fruits, veggies, whole grains, beans, legumes, nuts, seeds, herbs and spices—but still leaves room for a little bit of meat, fish and dairy. To other people, it means eating only plant foods and eliminating animal foods altogether. In other words, veganism.

To make things simple, each of the plant-based slow-cooker recipes below are vegan, made with plenty of veggies, legumes and whole grains—Plus various fun ingredients like coconut milk, peanut butter, tortilla chips and even some dairy-free cheese. That’s not to say that a plant-based eating style means eating vegan all the time, it’s just to give everyone some recipe ideas that are meat-free and heavy on plants.

Whether you’re looking to follow a plant-based diet, or just want to try adding a few more plant-based meals to your week, read on to check out 17 of the all-time best vegan slow-cooker recipes to try on your next busy weeknight in. All of them are foolproof since your slow cooker does all the work. Plus, each one yields several servings that can easily be refrigerated or frozen for future meals. It will look like you did a ton of work even if you don’t possess Top Chef-level skills. 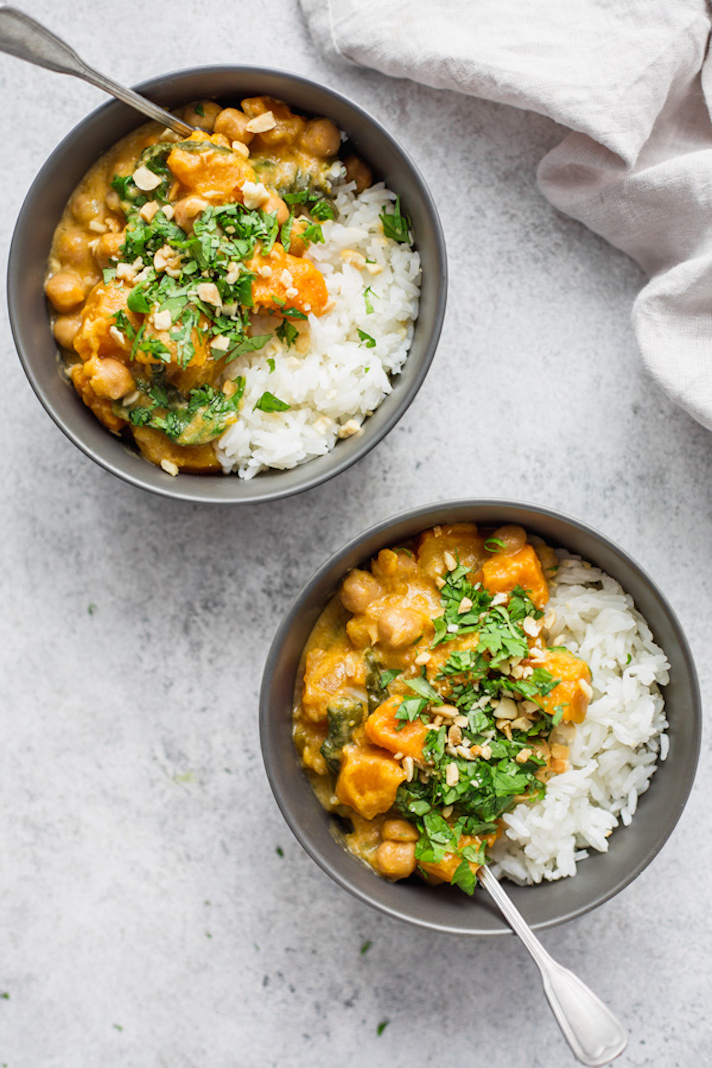 It may not be peak pumpkin season, but if you can find winter squash at the farmer’s market, this slow-cooker plant-based curry is a great way to punch up its flavor. 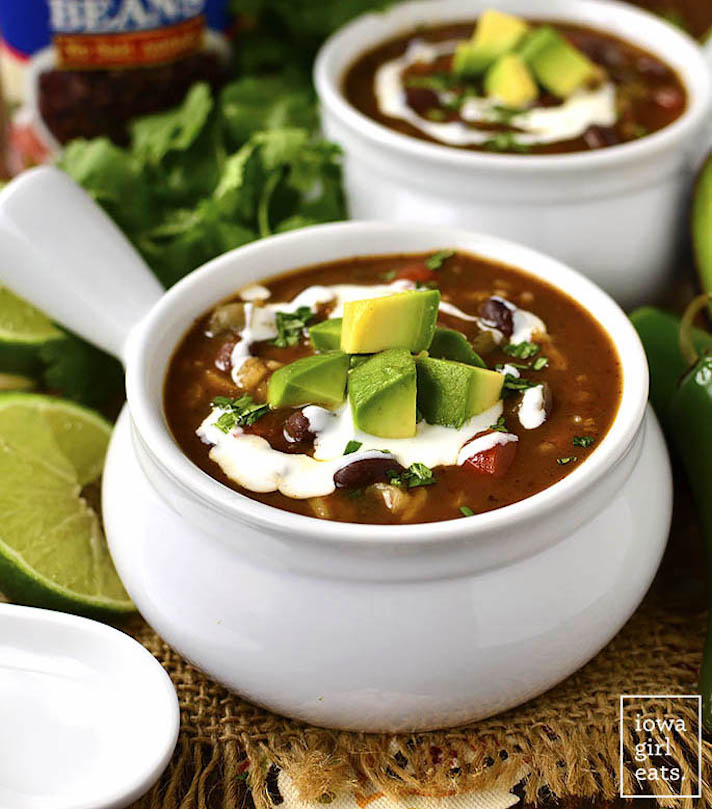 Give slow-cooker black bean soup a little extra something by adding rice. 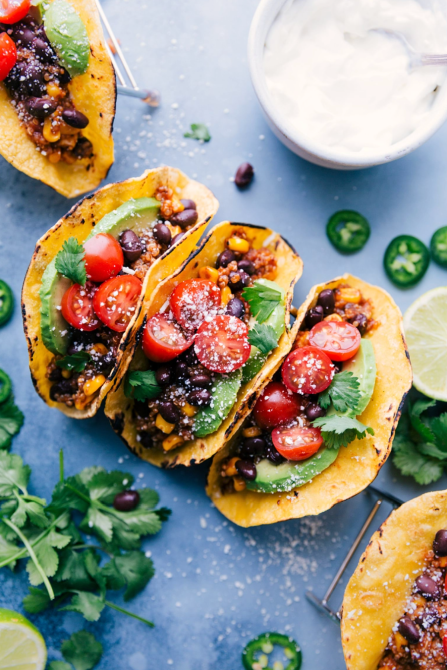 Who needs ground beef when these slow-cooker plant-based tacos have all that texture from beans and quinoa. 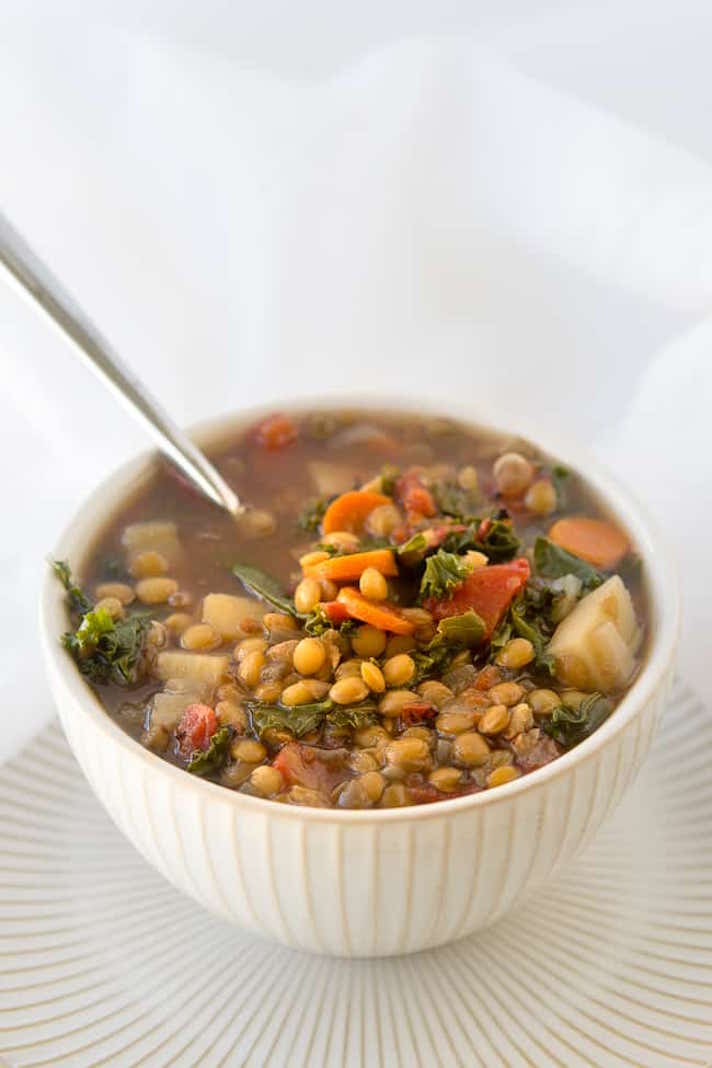 Slow-cooker vegetable lentil soup might not be the most out-of-the-box idea, but you really can’t go wrong with it. 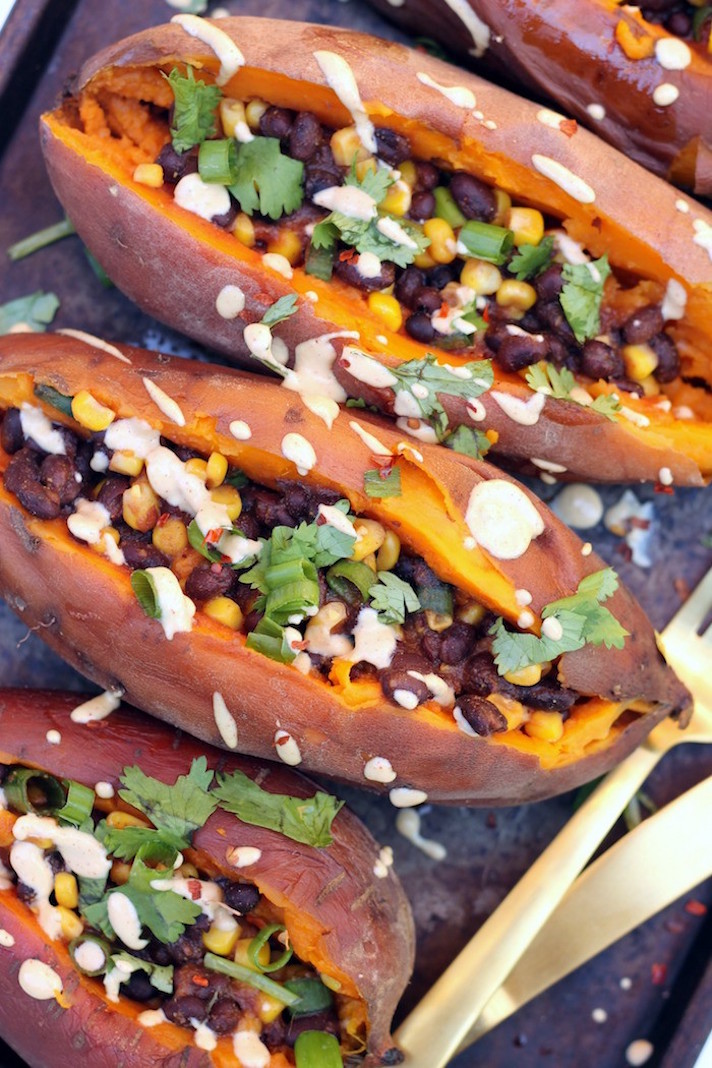 Instead of cranking up your oven for a whole hour, “bake” your sweet potatoes in a slow cooker. Then, fill ’em with corn, beans, herbs and tasty cashew cream. 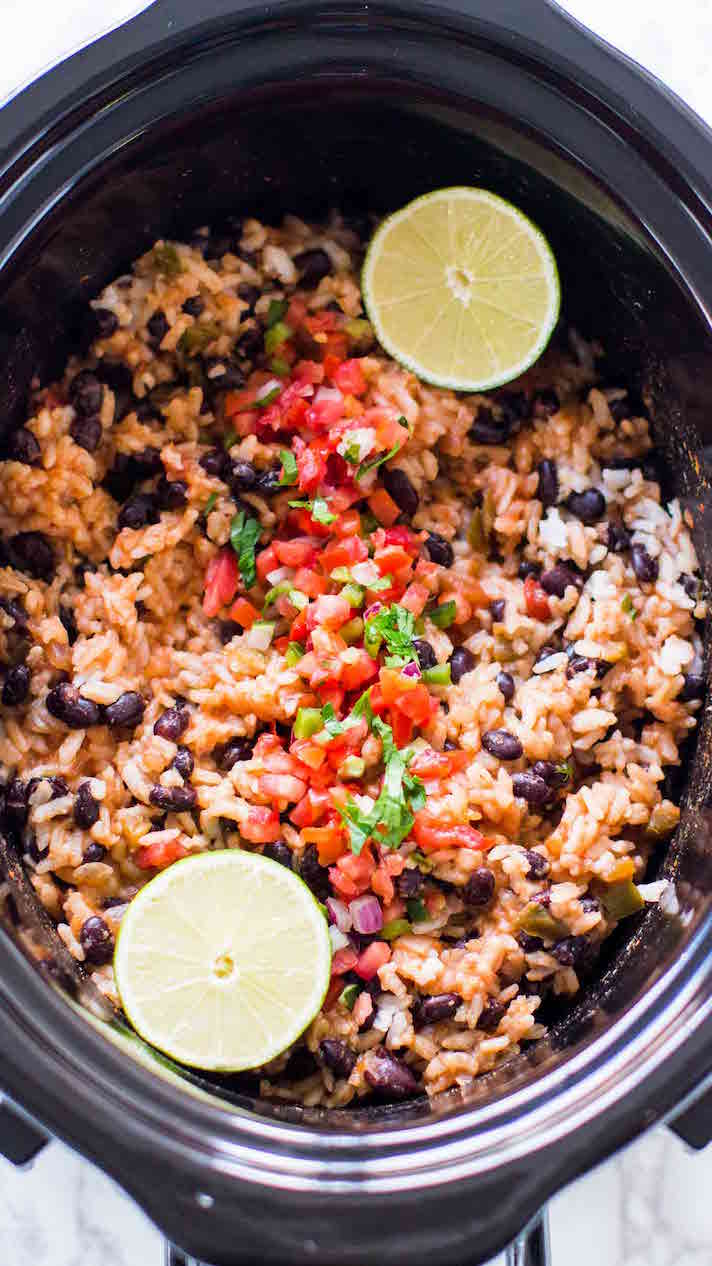 Courtesy of Sweet and Savory Meals.

If you need a low-fuss, budget-friendly meal, look no further than slow-cooker rice and beans. 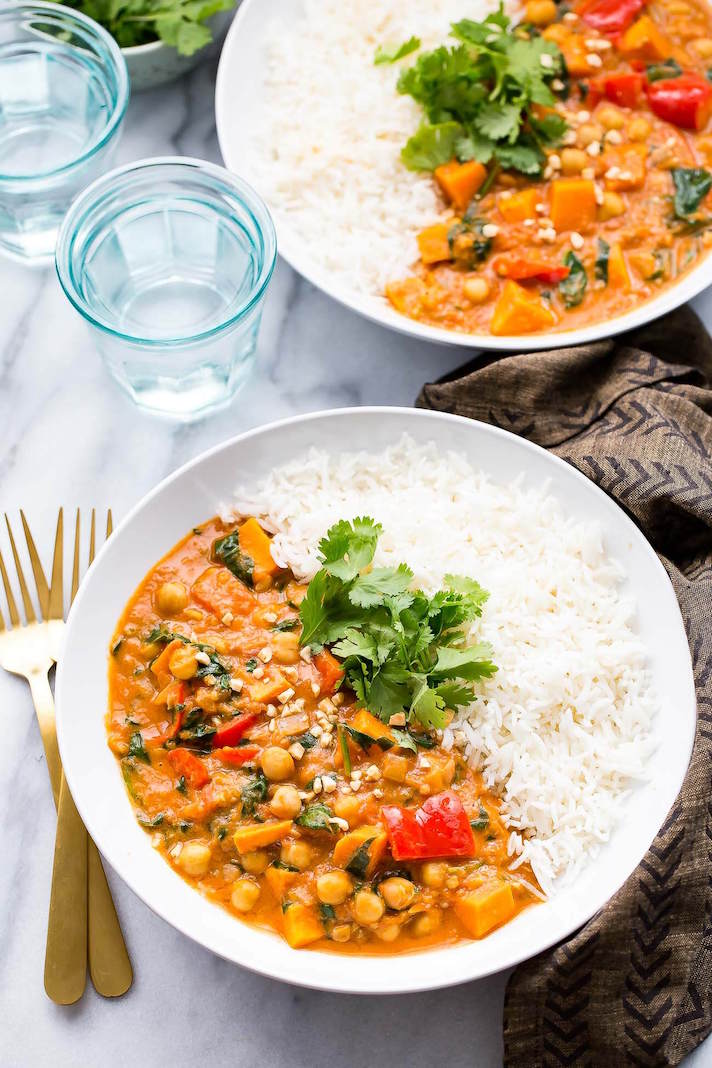 Courtesy of The Girl on Bloor.

This filling slow-cooker stew is thickened with peanut butter, and filled with chickpeas and all kinds of vegetables. 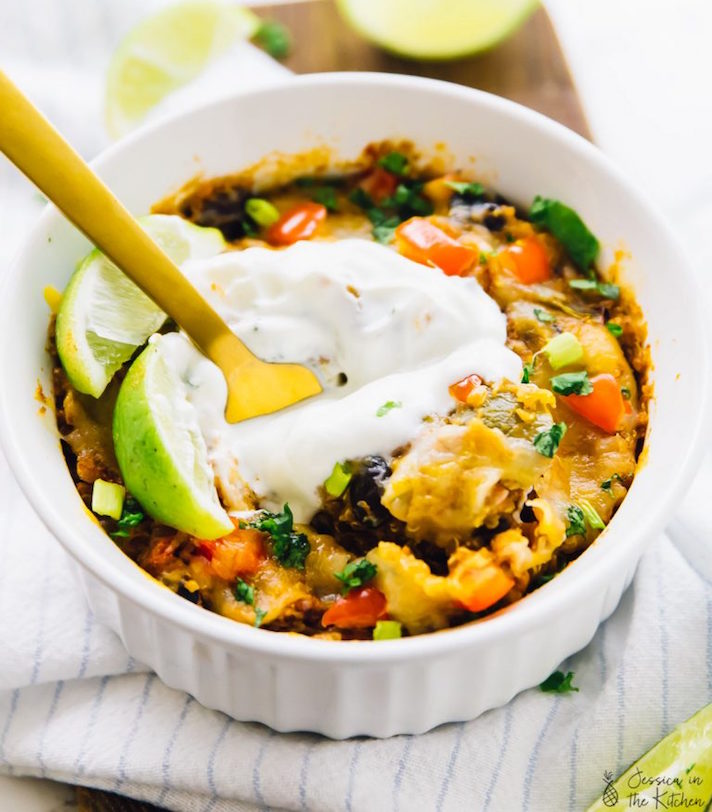 Courtesy of Jessica In the Kitchen.

Hard to believe, but this hearty slow-cooker casserole is totally vegan! 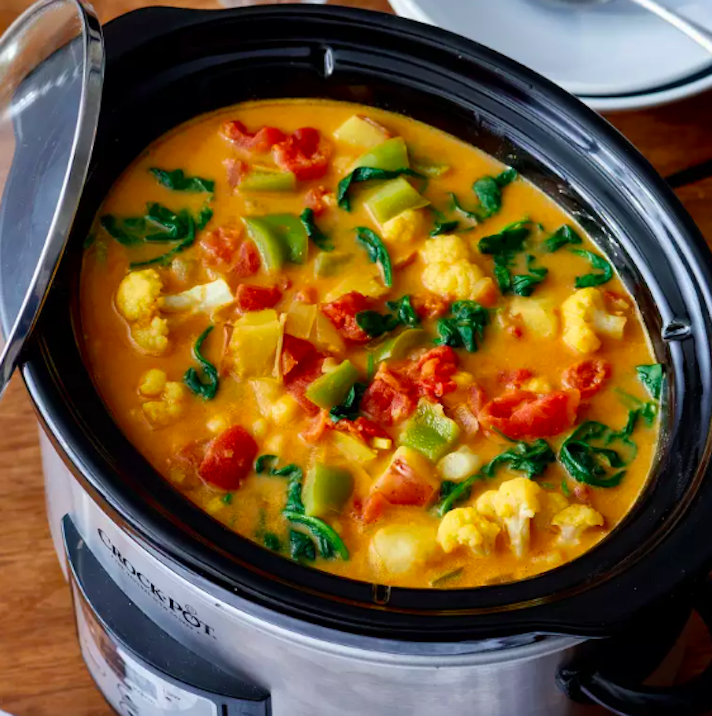 Courtesy of The Kitchn.

Not only is this slow-cooker curry stew tasty, it’s also freezer-friendly. 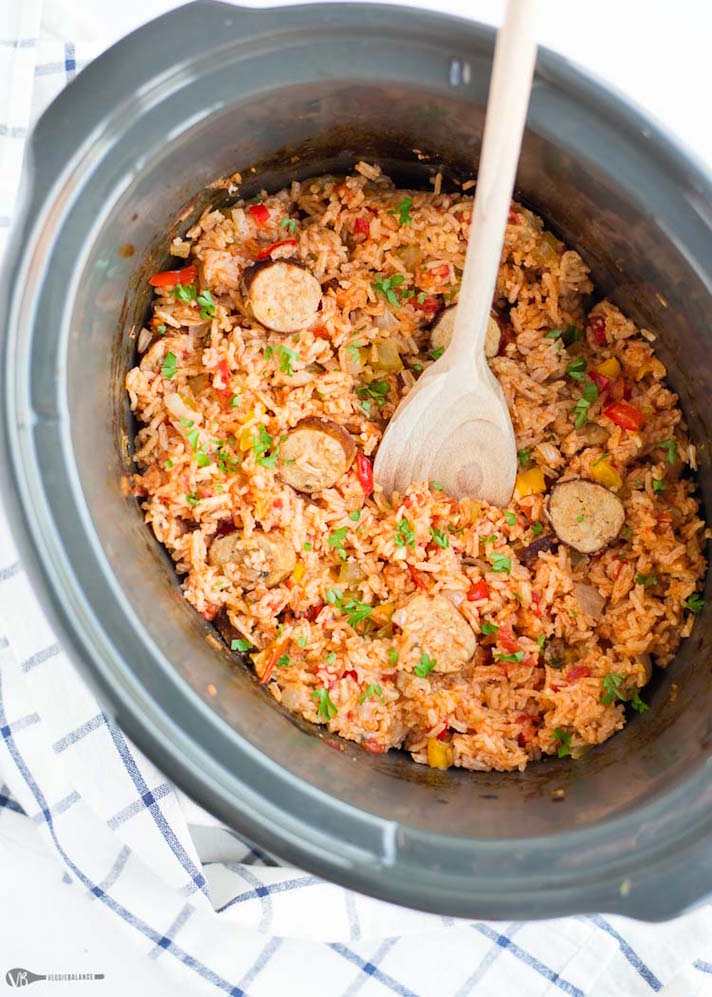 Vegan jambalaya might seem counterintuitive, but it’s possible. This one’s made with vegan sausage, plus tons of spices. 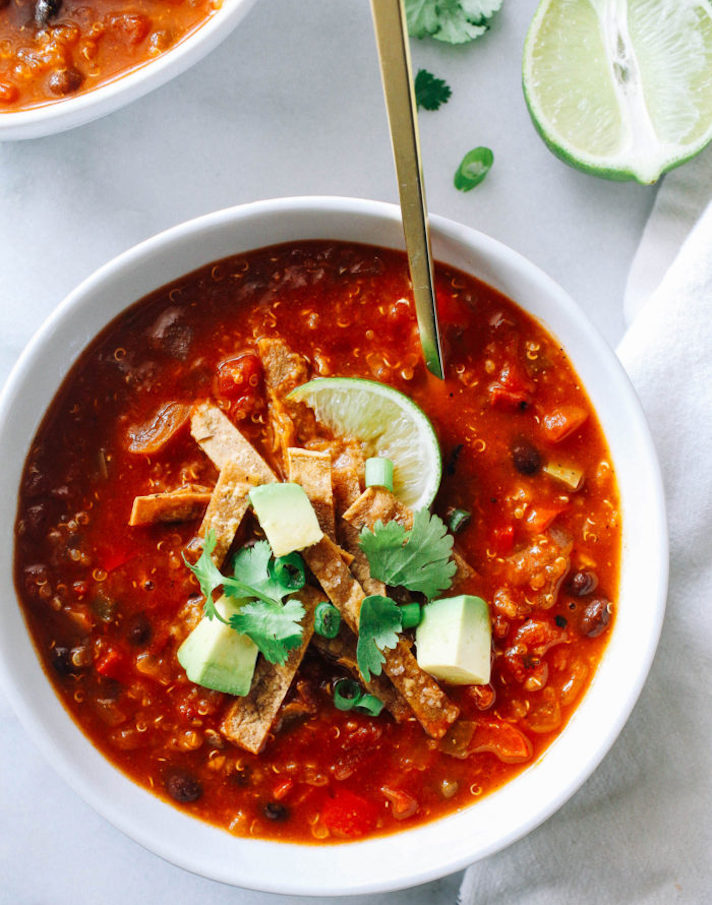 Courtesy of Making Thyme for Health.

The more tortilla chips you add to garnish this slow-cooker soup, the better.

READ:  Chelsea Handler Reveals Reason She Broke Up With Jo Koy: 'I Have To Choose Myself' 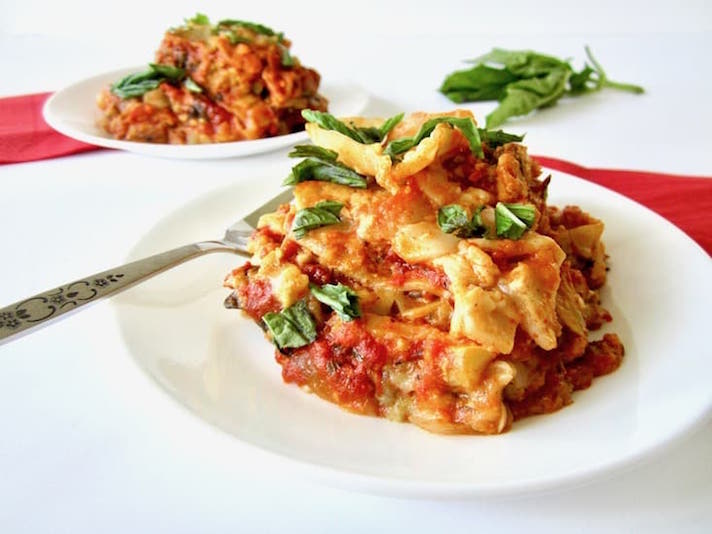 What’s the secret to vegan lasagna, you ask? Vegan cheese, for starters—and plenty of veggies. The recipe calls for gluten-free noodles, but you can use regular if you don’t have a gluten allergy. 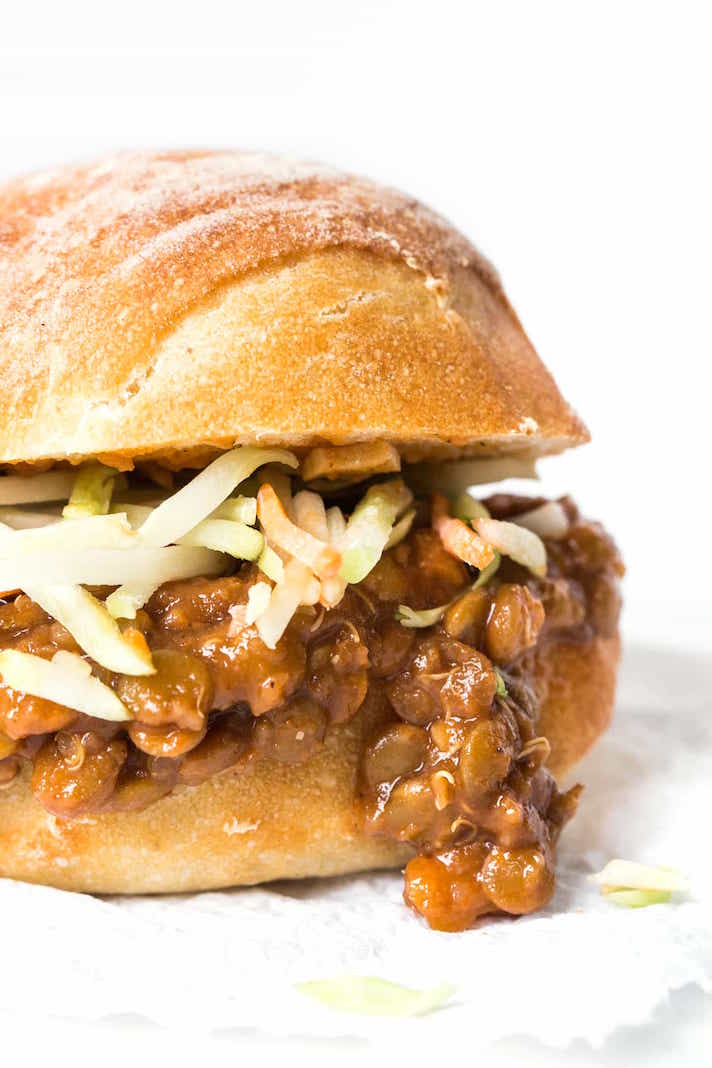 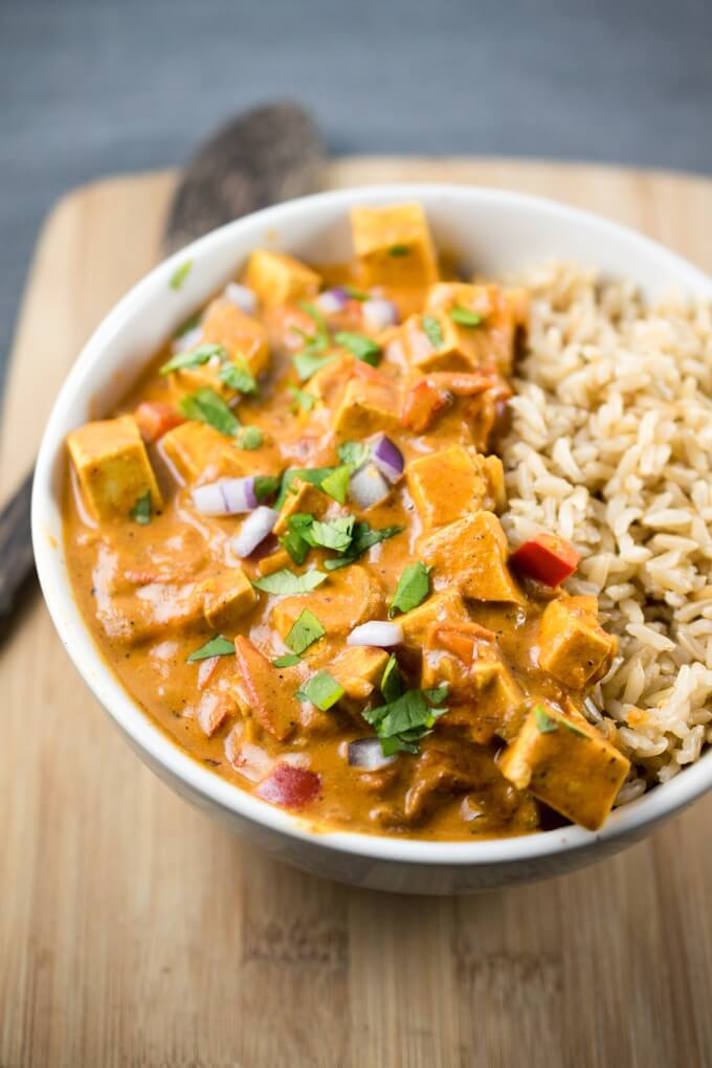 Tikka masala is a classic Indian dish, and you can make a pretty convincing version in your slow cooker. 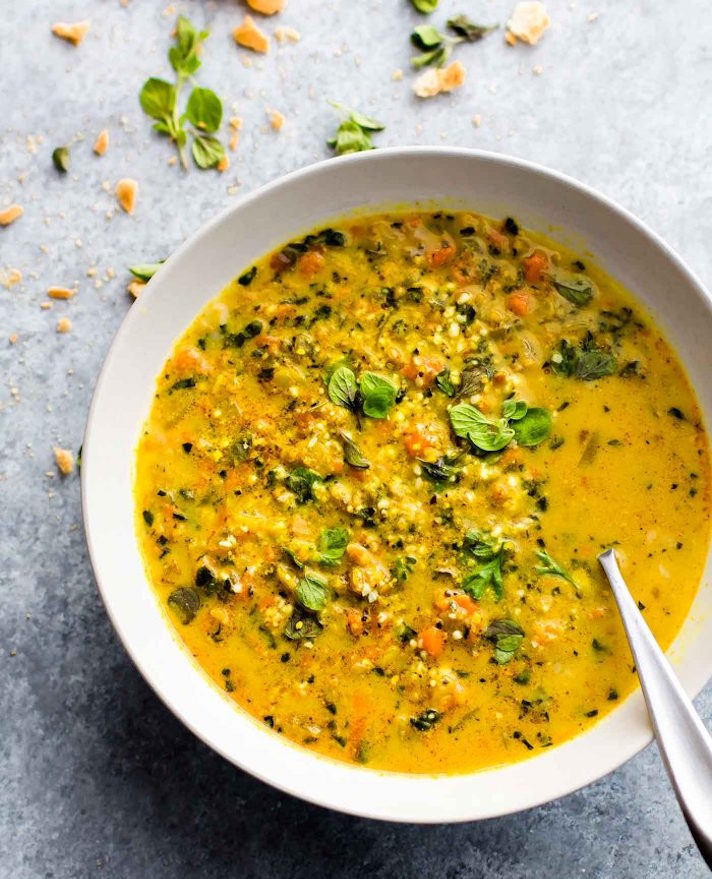 There are so many plants happening in this slow-cooker curried kale soup. 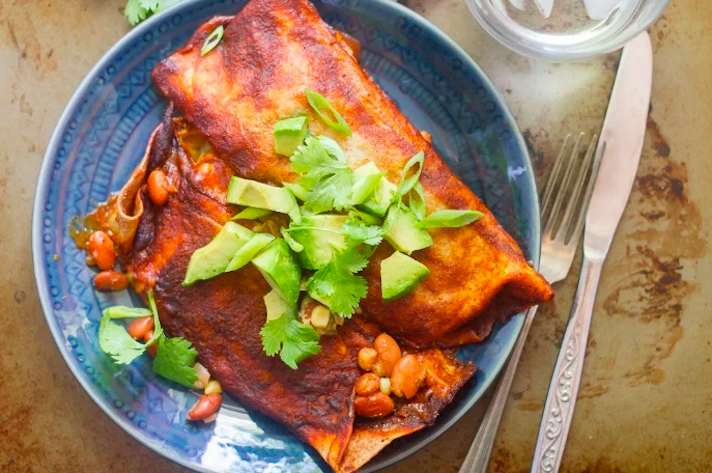 Courtesy of Oh My Veggies.

Wouldn’t it be great to come home to a slow cooker full of warm, plant-based enchiladas at the end of a long day? 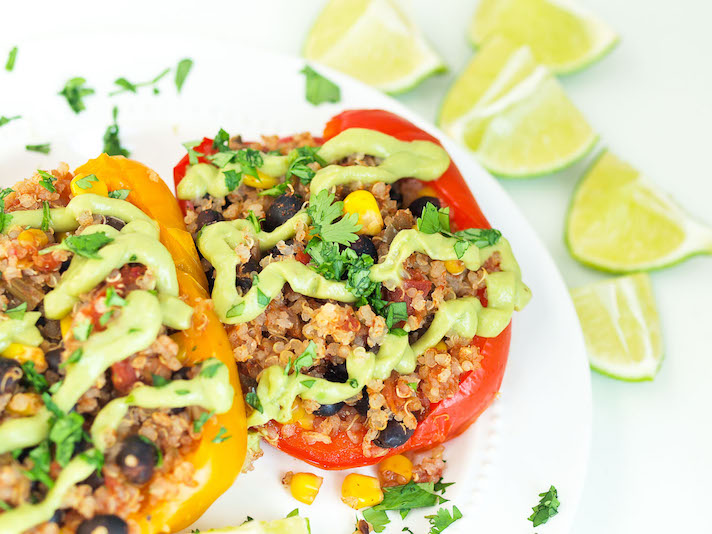 Trade the usual beef-and-rice stuffed pepper filling for beans and quinoa, and you have an easy plant-based meal.