These age gaps are hard to ignore!
Couples with major age gaps between them have become more socially acceptable in recent times, but sometimes it still comes as a surprise when you see it on screen – especially when there’s a 30… 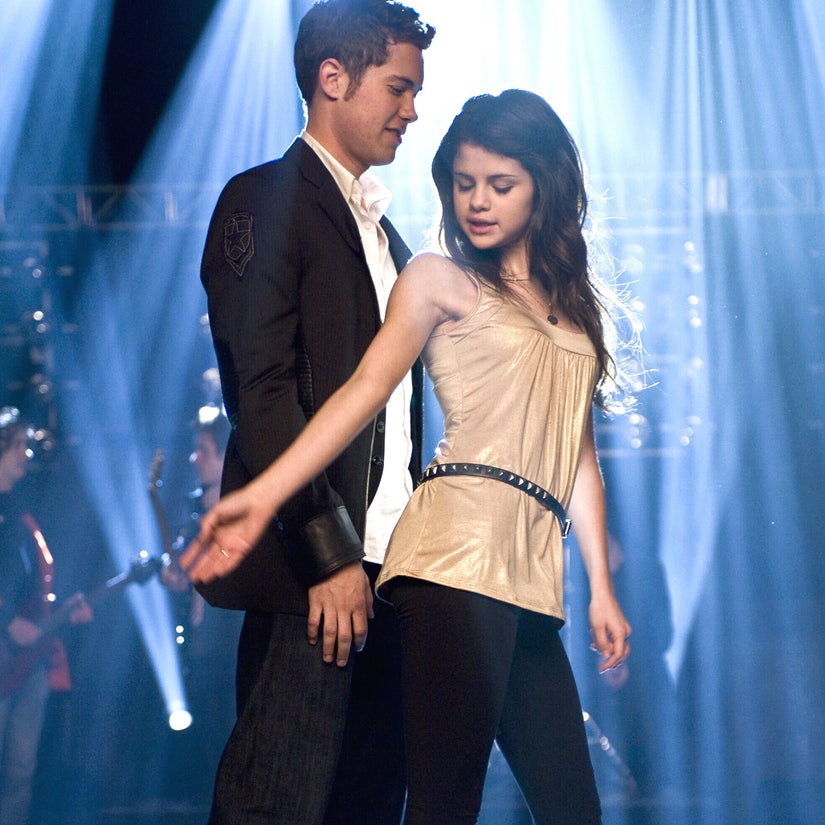 These age gaps are hard to ignore!

Couples with major age gaps between them have become more socially acceptable in recent times, but sometimes it still comes as a surprise when you see it on screen - especially when there's a 30-year age gap between the actors!

While some films directly address the huge age difference between characters, others just let it slide, leaving viewers in for a shock when they realize the actual age of the actors playing the roles!

Read on to find out which movies had stars with big age gaps...

In relationship drama "Malcolm & Marie," Zendaya and John David Washington portray a couple, which raised some eyebrows because of their age gap. While working on the film, Zendaya was 23 while John was 35. But the duo wasn't worried about their 12-year age gap and explained that the difference was probably exacerbated because Zendaya usually plays younger characters.

"I've played a 16-year-old since I was 16... You have to remember, also, people grew up with me as a child. It's like watching, I guess, your younger sibling now, you know, they're grown... So it's hard for people to wrap around the idea that I am grown in real life. You know, even though I do play a teenager on television still," Zendaya told E!'s Daily Pop.

While Emma Stone was filming "Magic In The Moonlight" with Colin Firth, she was just 25 while Colin was 53 -- the same age as her dad. While some viewers expressed concern about the age gap, Emma and Colin said that it didn't bother them.

"It wasn't written in. I noticed it. I'm not celebrating being on the unflattering end of an age difference. Yes, it didn't concern me... I just allowed it — I hope that would give it a pass, because it wasn't written in. First I didn't know who was playing the other role. It didn't occur to me that it was a younger person... In the end all that seemed apparent to me was that Emma was right for the role. I mean I quickly couldn't imagine anyone else playing it," Colin told Indiewire.

Back in 2001, Scarlett Johansson and Billy Bob Thornton starred in crime drama "The Man Who Wasn't There" despite there being a 30-year age gap between them. In the film, Scarlett plays the teenage daughter of one of Billy Bob's friends who tries to seduce him in his car. At the time of filming Scarlett was just 16-years-old while Billy Bob was 46.

When Selena Gomez and Drew Seely starred in "Another Cinderella Story" she was just 16 while her co-star was 10 years her senior. Although it was a fairly innocent story, many critics said the age difference between the two was blatantly obvious.

In 1952, Debbie Reynolds and Gene Kelly starred in "Singin' in the Rain" while there was an over 20-year age gap between them. While they were working on the film, Debbie was 19 years old and her love interest Gene was 40.

READ:  MAFS' Jamie Otis Thanks Doug Hehner for ‘Being Patient’ Amid Marriage Woes

At the time Clint Eastwood's film "In The Line Of Fire" was released in 1993, he was 63-years-old. His love interest was portrayed by Rene Russo, who was 24 years his junior and 39 at the time of the film's debut.

When "Third Person" premiered in 2013, co-stars and on screen love interests Olivia Wilde and Liam Neeson had a 32-year age gap between them. When Liam was 62-years-old, Olivia was 30. While not much was said about the age difference, the duo did later become a meme when a photo of Olivia tying Liam's shoes on set was released. Olivia even shared the meme in celebration of Liam's birthday!

Emmy Rossum had just turned 17 when she began filming "The Phantom of the Opera" in 2003. Meanwhile her co-stars Gerard Butler and Patrick Wilson, who she both had romantic scenes with, were 33 and 30, respectively. At the time, Emmy said her co-stars were the reason she took the job.

"They're both totally gorgeous. I got to kiss both of them! One of the reasons I took the job," Emmy joked, adding, "But they're both total gentlemen and exceedingly talented."

When "Focus" was released, there was a 22-year age gap between Will Smith and Margot Robbie. While Will was 46, Margot was 24. Margot's role was originally set to be played by Kristen Stewart, but she later dropped out of the film reportedly due to the age gap between herself and Will. Coincidentally, she was also 24.

Back in 1998, Anne Heche and Harrison Ford starred in "Six Days, Seven Nights" while there was a 27-year age gap between the duo. At the time, Harrison was 56 and Anne was 29, which happened to be younger than one of Harrison's children!

Dudley Moore and Nastassja Kinski were the stars of the 1984 remake of "Unfaithfully Yours" but there was a 27-year gap between them. During filming, Dudley was 50 and Nastassja, who played his wife, was just 23.

When Keira Knightley and Orlando Bloom filmed "Pirates of the Caribbean: The Curse of the Black Pearl" there was only an eight-year age gap between them but it caused some concern because Keira was only 17 at the time of filming. Meanwhile, Orlando was 25.

Rosemary Clooney was 26 when she filmed "White Christmas" alongside Bing Crosby, who was 51 when the movie premiered in 1956. The duo weren't the only age discrepancy in the film though! Rosemary also played the older sister of Vera-Ellen, despite actually being seven years younger than her.