From morgue beautician to phone sex operator and circus lion tamer, these stars have done it all.
Before celebrities were stars on the big screen and walking red carpets, they were just normal people trying to make it in Hollywoo… 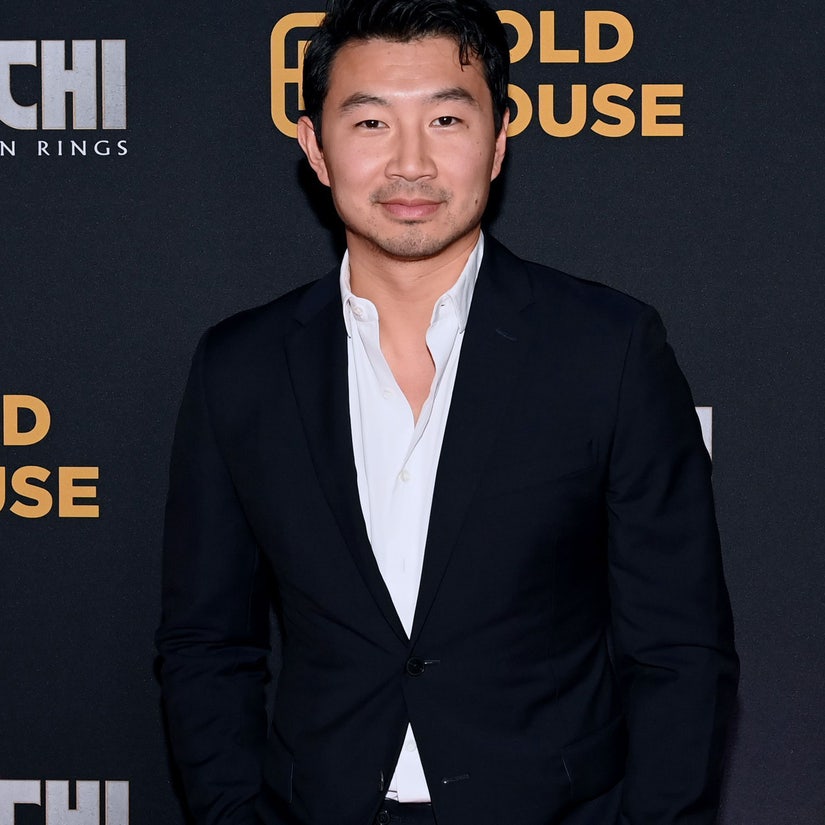 From morgue beautician to phone sex operator and circus lion tamer, these stars have done it all.

Before celebrities were stars on the big screen and walking red carpets, they were just normal people trying to make it in Hollywood. And being a normal person meant having a normal job like waiting tables or working as a barista!

While many stars were serving up drinks and dishes on the road to fame, some took a path a little less expected — like taming lions and impersonating superheroes. These future celebs found them in some unusual situations while trying to make ends meet but they walked away with some pretty great stories.

Read on to learn what these celebs were doing before fame...

Simu Liu has gone from dressing up as Marvel superheroes at children’s birthday parties to actually being a part of the MCU. Before he landed his starring role in "Shang-Chi," Simu says he used to pretend to be Spider-Man at events.

"I was a dress-up Spider-Man for kids' birthday parties. I did that for one summer. I would roll up to these 6-year-olds' parties, and I would basically get assaulted by them for one hour. Nobody ever believed that I was the real Spider-Man! I worked for a company that was a little stingy, and I feel like if you had gotten a movie-quality suit and you showed up, some kids may actually [be convinced]. But I had less Marvel, more Walmart...It was terrible," Simu said on "Jimmy Kimmel Live."

While Taylor Swift was pretty young when she hit it big, it didn't exclude her from holding a job as a kid. Before she was even a preteen, Taylor worked on her family's Christmas tree farm where she had the unusual task of removing praying-mantis pods from the trees.

"[My job] was picking the praying-mantis pods off of the trees, collecting them so that the bugs wouldn't hatch inside people's houses...The only reason that was my job was because I was too little to help lift trees," Taylor told Esquire.

"I went to an all-girls Catholic school for like six years during the time when kids actually had handwriting class. I've always had a propensity for getting the cursive down pretty well. What it evolved into was my pseudo-waitressing job when I was auditioning. I didn't wait tables. I did calligraphy," Meghan told Esquire.

READ:  Kanye Is ‘Taking Accountability’ for ‘Problems’ He Caused in Marriage to Kim

One of Whoopi Goldberg's first jobs was working as a beautician in a morgue, applying makeup to people who had passed on. Whoopi, who is a licensed beautician, applied for the job after seeing an ad in the paper and had a bit of a rocky start to the job when her boss tried to trick her into thinking the building was haunted.

"It's a rough gig. You have to be a certain kind of person. And you have to love people in order to make them worthy of a great send-off," Whoopi told Oprah's Master Class.

Nicole Kidman once worked as a massage therapist but it all started with an effort to help her mom while she was battling cancer. While she only gave her mother massages at first, she ended up expanding her business to help other people.

"My mother had breast cancer, and so when you go through radiation you get terrible seizure of the muscles, so I took the massage course and then I liked doing it, so I started to go around to people's houses and do massages—not those sort of massages, just regular massages. I still love giving people massages," Nicole told The Daily Beast.

Christopher Walken was just a teen when he landed a job working at a circus with a lion tamer. And he wasn't just helping out with things behind-the-scenes, he was actually involved in the act!

"When I was a kid, I worked in the circus. It was a touring circus that was owned by a man named Terrell Jacobs. It was just one big tent, and he was a lion tamer. He didn't have any kids, but the bit was that I would dress up as his son in an identical outfit. When he would finish his act, there would be one lion left, and I used to go in and have this lion do tricks. It was a female named Sheba, and she was very sweet. Like a dog, really. I would wave the whip, and she would run and sit up and roll over and do things," he told Vanity Fair.

Not only is Terry Crews an actor, athlete, and author but he's also an artist! Terry grew up wanting to go into special effects and honed his art skills along the way. While he ended up turning to football instead, he continued to practice his artistry. Even as a bench player in the NFL, he'd paint portraits of his well-off teammates for extra cash. At one point Terry was even a sketch artist for a news station which helped him get a gig in a courtroom.

"I drew courtroom sketches for the worst murder case in the history of Flint, Michigan. This was back in 1987. I was a freshman, I was 18-years-old. That was my first job. My father said, 'I'm going to get you a job. I'm going to WJRT, ABC 12 and get you a job.' He said, 'My boy can paint! You give him a job!' And they said yes...All the news used graphics so if there was a murder, you drew the chalkline...What happened was the sketch artist for the courtroom was not able to come...and I went in and did it and I became their artist," Terry said on "Jimmy Kimmel Live."

Growing up, country star Luke Bryan was recruited to work at the peanut mill owned by his father in south Georgia. He says the arduous manual labor taught him the true meaning of exhaustion and still helps him put things in perspective when life gets tough.

"People are like, all the time, they're like, 'How are you riding on your tour bus? Doing shows? Aren't you just exhausted?' I'm like, 'Nah, not really. If you'd like to work for [my father] Tommy Bryan at the peanut mill for three months out of the year, a hundred hours a week, I can give you a crash course in exhaustion. Peanut dust in your ears and your nose and your throat. When I get out there on the road, and I think I'm tired, I'm always like, 'Hey, I could be breathing in peanut dust.' So, that’s why I write it in songs just to remind me I could be back there any minute," Luke told Country Fancast.

When Hugh Jackman was 18, he used his gap year to move from Australia to England where he was an assistant housemaster at Uppingham School in London. He spent most of his time teaching gym, coaching sports teams and tutoring drama for students just a few years younger than him.

"An 18-year-old Aussie teaching English to a bunch of English kids. I thought, if that was my school fees, I'd be pretty annoyed," Hugh told BBC.

Gabourey Sidibe revealed she was once a phone-sex operator before she landed her starring role in "Precious." She got promoted two months into doing the job, which she says helped her work on her acting skills.

"I was actually pretty good at it. I did it for two months before I was promoted. I knew that when people were asking me, 'So have you had any acting training?' my acting school was on the phone, pretending to be some super-young 21-year-old college girl named Melody. I know that was my acting! But I felt too stupid to say it," she told People.

"Queer Eye" star Tan France had a brief stint working as a flight attendant for Britannia Airways when he was just 19. He was required to complete 30 days of training, which he says included "some of the hardest moments" of his life. Things didn't get much better when he was on the job, as he said passengers didn’t hold back their thoughts about him. Tan only lasted two months on the job.

"This was a couple of years after 9/11, and they had no qualms about openly referring to my people as terrorists. The flight would start off well enough, but by the end of the flight, it would be clear they weren't so happy that I was the one serving them," Tan wrote in his memoir "Naturally Tan."

Jeremy Renner once worked as a makeup artist while he was trying to make it big in Hollywood. He says his background in theater gave him his knowledge of makeup and the job left him with a lot of free time for auditions.

"[I was] a makeup artist. I could do makeup because I did theater…I could paint and I could draw, so I'm like, 'OK, I'll do makeup on girls all day.' It bought me a lot of free time to go audition when I needed to because I only had to work a few hours a week. I didn’t have to wait tables, so it was actually a great gig," Jeremy told Access Hollywood.

Megan Fox says the only job she had before her acting career took off was working for a smoothie shop that made her wear a giant banana suit once a week. She says the worst part was that there was a hole cut out for her face so people could see exactly who she was when they drove by.

"My only real job that I ever had was I worked at a little smoothie shop in Florida. I mostly worked behind the register but once a week, usually on Fridays, someone had to dress up as a piece of fruit and go out and stand by the highway. I was a banana, a giant banana," Megan said on "The Ellen Show."