It’s a family affair for these famous parents!
It’s no surprise when celebrity offspring follow in their famous parents’ footsteps, but when they get the chance to share the screen, it’s a truly special experience. While some of … 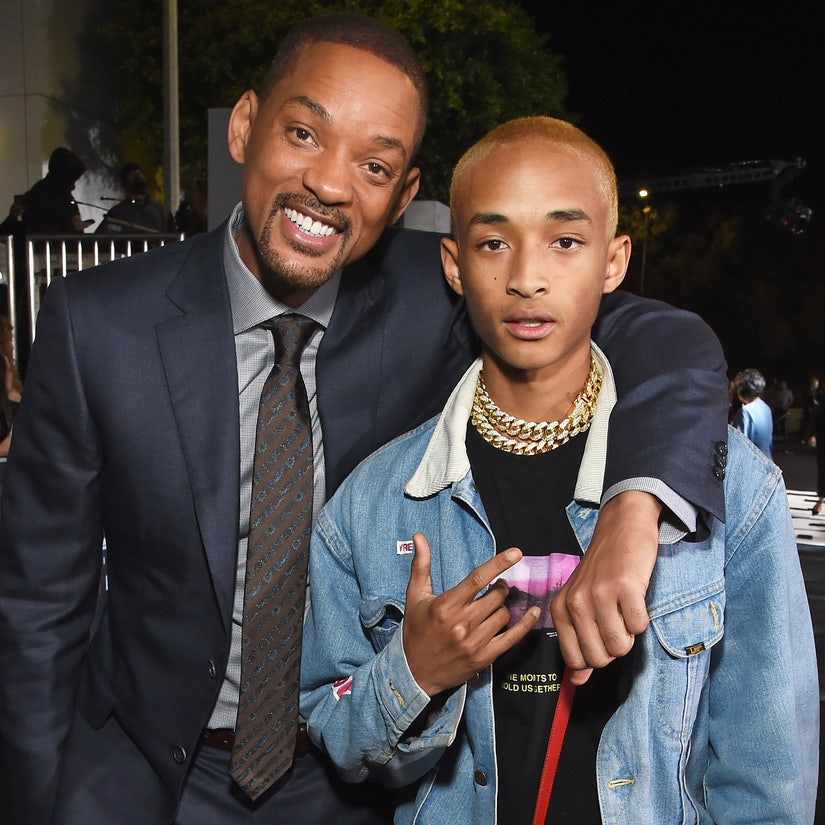 It's a family affair for these famous parents!

It's no surprise when celebrity offspring follow in their famous parents' footsteps, but when they get the chance to share the screen, it's a truly special experience. While some of these stars-on-the-rise landed their first role exclusively thanks to their parents' involvement, other actors got the chance to collaborate with their mom or dad later in life.

While some celeb children have gone on to become stars in their own right, like Clint Eastwood's son Scott, others, like Tilda Swinton's daughter Honor, probably won't be pursuing acting in the future. Regardless of their acting aspirations, the time they shared on set will be an experience they'll never forget!

Find out which celebs have worked with their children...

Johnny Depp first appeared alongside his daughter Lily-Rose in his film "Tusk," where she had a small role as a store clerk. Then a few years later, she landed a more sizable role in "Yoga Hosers." Although Lily-Rose says the experience was cool, she's not sure if she'll be working with her dad again any time soon.

"Never say never. That's really not something that I consider first and foremost...What's interesting to me is the particular character that I may or may not be playing and then the story that it's telling...I think when the cast then starts to fill that story out and everything, those are other things to consider. But yeah, I mean, I love to work with great actors," she told Entertainment Tonight.

Angelina Jolie was joined on screen by her daughter Vivienne for the first time in "Maleficent." The little girl played a young Princess Aurora, as she was the only actress who wasn't scared by Maleficent's somewhat frightening appearance. Angelina says her children will only be acting "for fun" until they get older but hopes that it never becomes the center of their lives.

"When we did it together, we had a good time, we played together. I was actually shocked that she was doing so well. She went back and hit her mark! It's frightening," Angelina said of working with Vivienne.

READ:  Here’s How To Find The Right Shoes For Spin Class

Will Smith appeared side-by-side with his son Jaden in the 2006 flick "The Pursuit of Happyness" and several years later, they reunited as co-stars in "After Earth." As for their time working together, Will says it bonded them in a special way.

"I guess what it taught me was interesting. On camera and off camera with Jaden, the bottom line is time. It's the amount of time that you spend with your child...Jaden and I got to spend every single day, ten and twelve hours a day together working on this film...To be able to spend that many hours a day together, our bonds took off in a way that I never imagined," Will said.

Meryl Streep and her daughter Mamie Gummer have appeared in multiple films together, beginning with the 1986 film "Heartburn" when Mamie was just one. The duo have also shared the screen in "Evening" and "Ricki and the Flash," where Mamie played the daughter of Meryl's character.

"I am among four other people on the planet that would not be actually intimidated by my mom, the others being the other people that I'm related to. It was a really wonderful experience. Honestly it was, it was really profound and one that I will treasure," Mamie said during an event promoting the film.

Clint Eastwood and his son Scott had the opportunity to work together on numerous occasions, which only makes sense when you have a career as prolific as Clint. The duo have appeared side-by-side in “Grand Torino” and “Trouble With The Curve” and Scott has also appeared in films directed by Clint, including “Invictus.”

"What I've discovered from working with my father is that I'm still learning. I'm just a kid in this business. But film is much more of a director's medium. And I've seen from my father transitioning into being a director, that's where the power lies. And, like he says, it's feast or famine for an actor. If you're not creating your own material, then you're just fighting for whatever's out there," Scott once told Esquire.

READ:  See the Zolciak-Biermann Family Through the Years: Kim, Brielle and More

Tom Hanks has worked with his son Colin on two occasions and one which was Colin's first role! When he was just a teen he appeared as a page in "That Thing You Do!" which also happened to be Tom's directorial debut. Years later, the duo reunited on screen in "The Great Buck Howard" where Colin had the leading role and Tom played his father.

Alexander Skarsgård worked with his father Stellan back in 2011 on the film "Melancholia," which he says was "awesome" even though his dad was a "douche bag" in the movie.

"It was awesome. We've never worked together before. He's one of my best friends. I love hanging out with him. Being able to hang out for two months -- we shot in [our home country of] Sweden, and I thought it was great that he wasn't my dad," Alexander told MTV, adding that his dad is "pretty rad."

Ben Stiller was able to work with his dad Jerry on quite a few occasions before his recent passing. The two played an on-screen father-son duo in "The Heartbreak Kid" as well as in "Hot Pursuit." Later, Ben cast Jerry to play his manager in both "Zoolander" films as well as the animated series. The duo also had cameos in "Anchorman: The Legend of Ron Burgundy" as well as "Highway to Hell."

Leslie Mann worked with both her daughters Maude and Iris Apatow in the film "This Is 40," which was directed by her husband and their father Judd Apatow. While she loved being with her children, she says it got a little tricky to balance!

"With Maude and Iris, I just feel lucky that I get to be with them all day," Leslie told THR, adding that she ended up playing a little bit of double-duty. "It's hard because I'm mom and I'm also working so if they're having problems or they're fighting with each other, I have to deal with that and I also have to work!"

Before Carrie Fisher's untimely passing, her daughter Billie Lourd appeared on screen with her in two "Star Wars" flicks as a member of the Resistance.

"I thought getting to make one Star Wars movie with her was a once-in-a-lifetime thing; then they asked me to come do the next movie, and I got to do my once-in-a-lifetime twice. On our second movie together, I really tried to take a step back and appreciate what I was doing. I couldn't tell her because she'd think I was lame, but getting to watch her be Leia this time made me feel like the proud mom," she told Time.

Brendan Gleeson and his son Domhnall appeared on screen together in several projects including the "Harry Potter" series, where Domhnall played Bill Weasley and Brendan portrayed Alastor "Mad-Eye" Moody.

"I'd always love to work with my dad...I will look forward with doing anything else with him again, he's just one of the best around," Domhnall told DublinLive.

Tilda Swinton's daughter Honor made her movie debut in "The Souvenir," where the two played a mother-daughter duo. Although Honor hadn't acted previously, Tilda said that she was such a natural that she didn't even need to offer her any advice.

"As far as giving Honor any advice at all about being a fully realized human being in front of a camera, she needed absolutely nothing," Tilda said during a press conference, adding that she was "thrilled" to work with her daughter.

Eugene and Dan Levy starred in the hit series "Schitt's Creek" together for six seasons, playing a father and son. While Dan says he tried to avoid working with his dad for a long time in order to forge his own path, he ended up learning a lot while they worked together.

"I think what I learned from him, just from a comedy standpoint, is that...there's so much generosity, I think, to great comedy. You have to just give people space. There's just such a joy in knowing that you have each other's back," he told Today.