“It seems a little crazy on paper, but it’s what works for us.”
When you know, you know! That’s exactly how things have happened for quite a few celebrity couples who found their perfect match — and then couldn’t wait to walk dow… 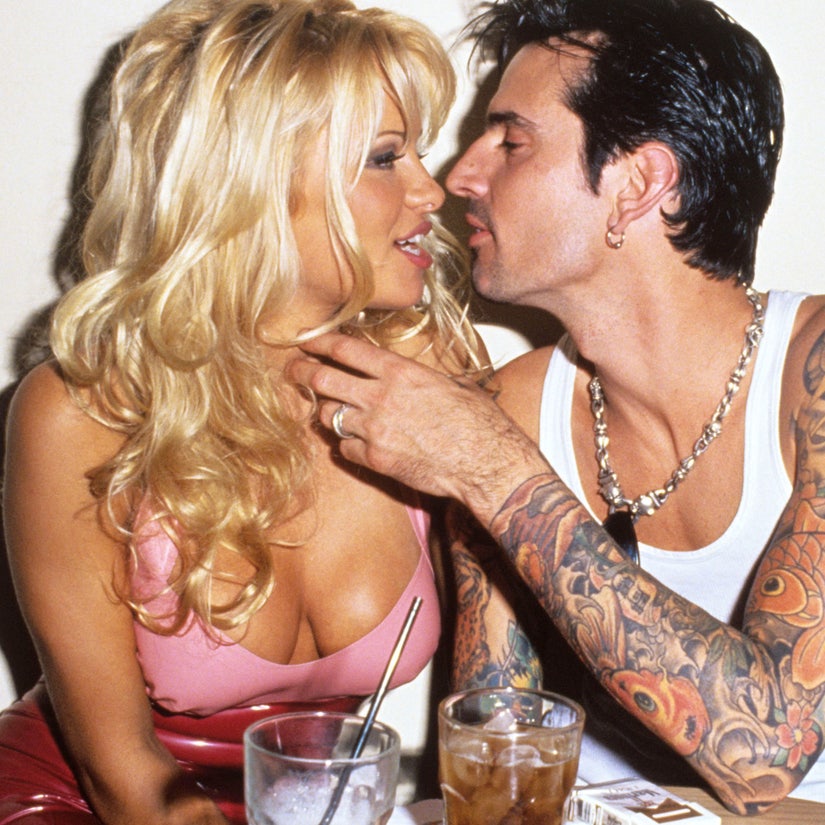 "It seems a little crazy on paper, but it's what works for us."

When you know, you know! That's exactly how things have happened for quite a few celebrity couples who found their perfect match — and then couldn't wait to walk down the aisle. In just a matter of months (or sometimes weeks), these famous pairs went from their first date to their first dance moments after tying the knot.

Celeb couples like Justin Bieber and Hailey Baldwin and Mariah Carey and Nick Cannon couldn't find any reason to hold off on saying "I do." They completely skipped the tedious wedding planning process and opted to make things official ASAP. And while not all whirlwind romances have worked out in the long run, there are a few couples who have proven to have a love story for the ages.

Read on to find out which celebs were quick to tie the knot...

Justin Bieber and his wife Hailey may have had some history but the couple only officially dated for three months before tying the knot. The duo reconnected after attending a church conference in June of 2018 and were engaged by the following month. In September, they headed to a New York City courthouse to make things official and celebrated with a massive ceremony the following year.

"It was really funny because we got engaged, and we were like, 'Yeah, we're not in a rush to plan a wedding. We're chilling.' [But] we wanted to live together, we wanted to move in together, and we didn't believe in doing that until we were married, so we got legally married...Moving in together and living together and getting to share space with each other and just keep learning more about each other just took away all the pressure of the scary part of getting married," Hailey said in the "Seasons" docuseries.

Mariah Carey and Nick Cannon were friends for several years before they began dating in 2008. Just six weeks later, the couple got married at Mariah's estate in the Bahamas. Long after the couple divorced, Mariah opened up about their decision to tie the knot so quickly, explaining that she "felt safe" with Nick and the "power dynamics between" them felt even. The future of their family was also a major factor in their decision.

"Our desire to have children became a force of nature and why we got married so quickly," Mariah wrote in her memoir "The Meaning of Mariah Carey."

READ:  Looking For Movies Like The Karate Kid After Watching Cobra Kai? Here's What to Stream

It only took Khloé Kardashian and Lamar Odom one month to tie the knot. The couple met at a party in August of 2009 and exactly one month later, they were walking down the aisle. During their 30 day courtship, the couple rarely left each other's side and soon realized they were meant to get married.

"Things picked up steam in an unexpected hurry. The way our emotions, lust, spirit, and love intertwined and connected us is something I just couldn't have predicted. For the next thirty days, we scarcely left one another's side. If we did, we were texting or calling and making plans for the next time we would meet...In September 2009, Khloé and I got married. We had only been dating a month, but we both knew it was right," Lamar wrote in his memoir, "Darkness To Light."

Although things didn't work out for Khloé and Lamar, they have maintained a friendship and stuck by each other's sides during difficult times, including Odom's near-fatal overdose.

Britney Spears and her backup dancer Kevin Federline had only been dating for two months when they got engaged — and it was actually Britney who popped the question! Four months later, they were walking down the aisle, despite criticism of their relationship.

"My other loves were like puppy love. They were like practice for the real thing. This is just deeper. I kissed a bunch of frogs and finally found my prince...This is my life and I don’t care what people think. I'm going to get married. I'm in love with him," Britney said at the time.

Pamela Anderson and Tommy Lee met for the first time on New Year's Eve in 1994. Tommy pursued Pamela for six weeks until she finally called him back. She was about to leave for a photoshoot in Cancun, Mexico and Tommy followed her there.

A wild 96 hours later, they had tied the knot on the beach. The couple went on to welcome two children but later divorced.

After Nikki Reed and Paul McDonald met on the red carpet of the "Red Riding Hood" premiere in March of 2011, they quickly began dating. They got engaged just three months later and by October, they had made things official in a Malibu wedding. Although things didn’t last between the pair, Nikki says that meeting Paul was different than any other prior relationships.

READ:  Chick-Fil-A To Give Only One Dipping Sauce Per Item Due To Supply Shortage

"I knew from the second I met Paul, and I think he did too, that there was something different about that feeling. It wasn't just the feeling when you meet and you think that person's hot. It takes me a very long time to [think] something is real and trust in things, so although I felt something, we dated for four whole weeks where I didn't even kiss him or hold his hand. For four weeks we spent every day together and hung out. In that way it felt slow," Nikki told HuffPost Celeb.

Angelina Jolie and Billy Bob Thornton met on the set of "Pushing Tin" in 1999 and after just a few months of dating, they headed to Las Vegas to tie the knot. Billy Bob was actually still engaged to ex Laura Dern at the time. Their whirlwind romance was filled with public professions of love, including an interview where the couple said their intimate life was so intense, they thought it might kill them.

"Honestly, and it's like a big statement to make, she's truly the only person who I can actually say I love and respect everything about her," Billy Bob told Us Weekly at the time.

Angelina and Billy Bob were married for several years before splitting in 2003.

Back in 2013, Kaley Cuoco and professional tennis player Ryan Sweeting met through mutual friends and quickly began dating. Less than three months later they were engaged and three months after that, they were walking down the aisle.

"From day one I just knew immediately and it's been magic. We have all the same family friends...We grew up with the same people, we just never met. So I kind of feel that I've known him my whole life. I know that it seems a little crazy on paper, but it's what works for us," Kaley told Entertainment Tonight at the time.

The couple later divorced in 2015.

Julia Roberts and Lyle Lovett met through some mutual friends and were just pals for some time before they began dating in 1993. The couple were together for just three weeks before deciding to tie the knot in the middle of one of Lyle's tours. Guests reportedly had just 72 hours' notice about the event, which was held at a church in Marion, Indiana.

"I had a very strong reaction to meeting him. Different from the way I've reacted to any person on the planet…We were going to get married later and I was sitting in my kitchen in D.C. where I was working and suddenly I started thinking about it and I could picture the months going by and I could picture the wolves…the press, people that would dig around and trash us...I got panicked...It just seemed like the smartest way to do it so that it could be ours as opposed to everybody's," Julia said in an interview with Barbara Walters at the time.

READ:  Kaia Gerber Is a Major Fan of This $30 ‘Miracle’ Exfoliant

Julia and Lyle amicably split after two years together.

After Amy Schumer was introduced to her future husband Chris Fischer by her assistant, it didn't take her long to know he was the one. The couple made their first public appearance a few months after meeting in November of 2017 and by February, they were walking down the aisle.

"We have known each other for about a year now and we’ve been living together already for six months. So you know it's not a long courtship but it’s not like we had a great weekend in Vegas and threw in the towel," Amy said on "The View."

The two are still together.

Nicholas Cage met his future wife Alice Kim when she was just 19 and working as a waitress in Los Angeles. Just two months after meeting, they tied the knot so that Alice could travel with him to South Africa while he was making "Lord Of War."

"You can connect the dots. And we did it because we loved each other," Nicholas later told The Guardian.

The couple welcomed one child and were married for 11 years before splitting in 2016.

Jennifer Lopez and Marc Anthony briefly dated in 1999 but the relationship didn't last. They both went on to marry other people but after their respective divorces, they reconnected in 2004. Less than six months later, they tied the knot.

"We thought that this was where everything was supposed to lead, that we were meant to end up together. All the heartache and pain of my recent breakup couldn't have been for nothing, could it? Maybe I had to go through the bad so I could end up with the person I was meant to be with all along," Jennifer wrote in her 2014 book, "True Love."

The couple went on to welcome twins in 2008 but unfortunately divorced three years later.