The death toll from the new coronavirus outbreak has risen to six in China’s central city of Wuhan as Australian health authorites begin to monitor travellers arriving in the country. 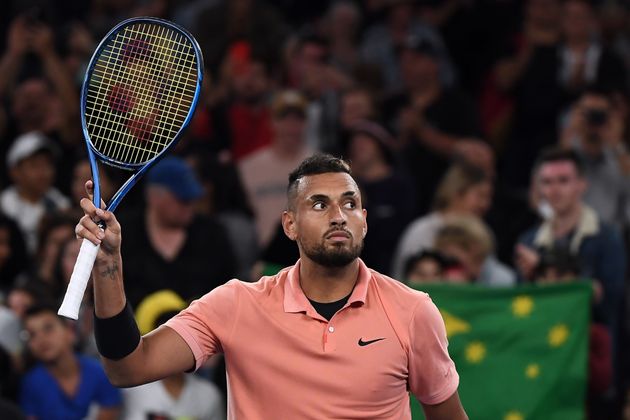 It comes after he started his fundraising efforts during the ATP Cup Matches in the lead up to the Australian Open.

The 24-year-old sports star recently promised he will donate $200 for every ace he served during the tournament in Melbourne. On Tuesday he served 14 aces, which meant $2,800 is just the starting figure for his charity contribution.

Grill’d Burgers has also promised to double his donation, adding another $200 for every ace, while Sportsbet is also donating $1,000 each time.

Pumped that @GrilldBurgers are doubling my donation for every ace, adding another $200 for every one I hit for the bushfire relief. #GoBeyondpic.twitter.com/SLqojTl2aI

After defeating Sonego on Tuesday, Kyrgios is through to the second round at the Australian Open.

“Obviously it’s been a pretty emotional couple of months for all of us so I wanted to come out here and put on a good performance. I was really excited,” he said in his post-match interview with US player John McEnroe on the court.

McEnroe also pledged to donate $1,000 per set win for the rest of Kyrgios’ campaign.

One of the greatest interviews you’ll ever see.

Earlier this month Kyrgios and other tennis greats including Roger Federer and Serena Williams managed to raise $4.8 million during a special bushfire relief tennis night in Melbourne.

“It’s been an emotional couple of weeks. Through ATP Cup it was practically why I was playing so hard … I just wanted to send a message,” Kyrgios reflected.

“I just had dinner when I wrote the tweet (pledging to donate), that was the opportunity for me to use my platform and the whole Aussie team got behind it.

“I woke up the next day and it had kind of exploded and it was so emotional.”

C’mon @TennisAustralia surely we can do a pre @AustralianOpen exho to raise funds for those affected by the fires? 🤷🏼‍♂️🤷🏼‍♂️

An Iranian politician has announced a USD$3 million ($A4.4 million) reward to ‘whoever kills Trump’ in light of a strike that killed one of the nation’s top generals.

Councillors are expected to go head to head over whether to cancel Adelaide’s Australia Day fireworks out of respect for the state’s bushfire victims.

Animal rescuers in the NSW Blue Mountains are getting help from a specially trained dog named “Smudge”.

Coles is easing tight restrictions on the appearance of fruit and vegetables to help farmers.

Beneath the surface of Circular Quay’s sparkling habour, concerning levels of deterioration have been exposed on several historic wharves.

Police have been accused of acting in “secret” to obtain key documents in the case of a Sydney professor’s alleged fake harassment campaign.