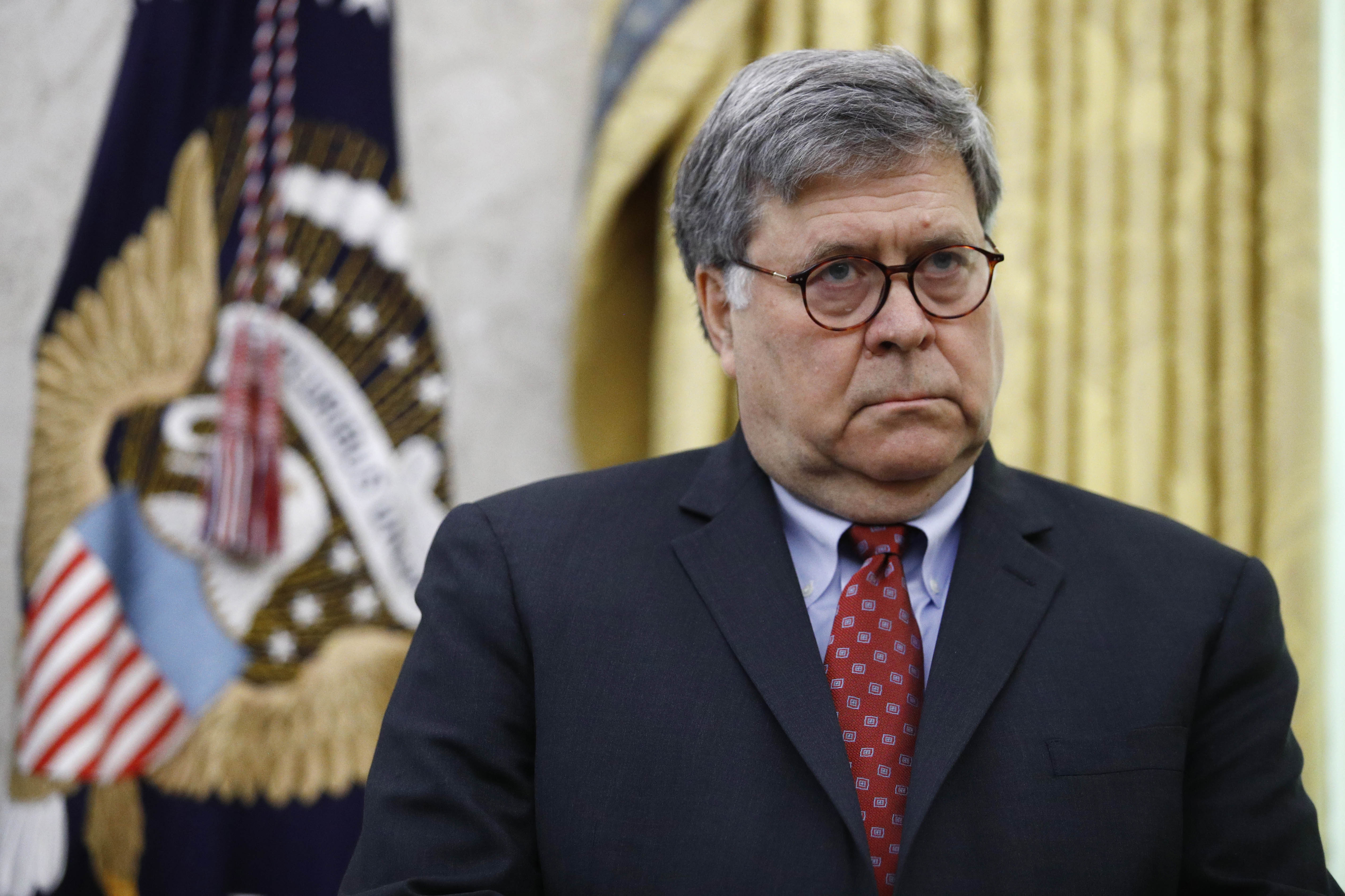 Attorney General William Barr on Thursday criticized corporate America's relationship with the Chinese Communist Party — while singling out Apple once again as an example of a "double standard" in how tech companies treat the U.S. government versus Beijing.

He also hinted at the possibility that American business leaders who advocate for the party’s political interests at its behest could face prosecution under the Foreign Agents Registration Act, a U.S. law that requires people to disclose lobbying for foreign governments.

And he said American businesses take great risks when they do business in China.

“The ultimate ambition of China’s rulers isn’t to trade with the United States; it is to raid the United States,” he said in a speech in Michigan. “If you are an American business leader, appeasing the [People’s Republic of China] may bring short-term rewards. But in the end, the PRC’s goal is to replace you.”

Barr zeroed in on major American tech companies’ relationships with the Chinese government.

“Over the years, corporations such as Google, Microsoft, Yahoo, and Apple have shown themselves all too willing to collaborate with the CCP,” he said.

Then he focused on Apple — which relies heavily on manufacturing partners based in China — and criticized it for what he described as acquiescence to the Chinese Communists. Barr noted that the company removed privacy apps from its Apple store in China, yanked the Quartz news app after the Chinese government complained about its coverage of pro-democracy protests in Hong Kong, and announced it will move some iCloud data to servers located in China.

Barr then paused, lowered his voice, and broke from his prepared remarks to bring up the Justice Department’s recent success getting into the cell phone of a terrorist who shot eight people at a Pensacola naval base. Apple didn’t assist DOJ’s efforts to access the communications, he said, which revealed the shooter had been in touch with Al Qaeda operatives the day before the attack.

“Do you think when Apple sells phones in China that Apple phones in China are impervious to penetration by Chinese authorities?” Barr continued. “They wouldn’t be sold if they were impervious to Chinese authorities. What we’ve asked for is when we have a warrant from a court, that we should be able to get into those cell phones. That’s the double standard that has been emerging among American tech companies.”

Barr has repeatedly invoked the Pensacola case — using it to lambaste the company during public appearances in January and May — but has yet to follow the Obama-era Justice Department's example of suing Apple in an attempt to force its cooperation in a terrorist probe. (That case ended inconclusively after the DOJ revealed that it had found another way to break into a deceased shooting suspect's iPhone.)


Barr also hinted Thursday that the Chinese government has pushed American business leaders to support specific China-friendly candidates and policies. And he said such advocacy could be illegal.

“You should be alert to how you might be used, and how your efforts on behalf of a foreign company or government could implicate the Foreign Agents Registration Act,” he said. “FARA does not prohibit any speech or conduct. But it does require those who are acting as the ‘agents’ of foreign principals to publicly disclose that relationship and their political or other similar activities by registering with the Justice Department, allowing the audience to take into account the origin of the speech when evaluating its credibility.”

Barr’s speech, delivered at the Gerald R. Ford Presidential Museum in Grand Rapids, Mich., was the latest in a series of addresses on China from senior Trump administration officials. Barr said Secretary of State Mike Pompeo will soon speak on the topic.

“I told him I was going to aim today to be despicable,” Barr said, to chuckles. “But I’ll settle for especially disgusting.”