Trillions have been lost and the ASX200 has plunged by more than 4 per cent.

In the face of a rapidly expanding global coronavirus pandemic that has already killed dozens and infected at least 1,200 within the United States, President Donald Trump delivered a strange Oval Office speech Wednesday in which he focused on banning travel from Europe, said nothing about the lack of available testing across the country, and ignored many crucial aspects of the public health crisis.

The US president said he would ban all travel from Europe for 30 days amid the ongoing outbreak of COVID-19, the novel coronavirus now declared a pandemic. The ban will apply to the entire continent except for the United Kingdom and begin on Friday.

Trump said he would soon enact a spate of economic measures meant to avert any lasting financial damage, instructing the Small Business Administration to provide aid to businesses affected by the virus. He said he would ask Congress to divert an additional $50 billion to the program and consider immediate payroll tax relief in an attempt to kickstart the economy.

“This is not a financial crisis, this is just a temporary moment of time that we will overcome together as a nation and a world,” Trump said. “We are all in this together. We must put politics aside, stop the partisanship and unify together as one nation and one family.”

He moved to place some blame on Europe for the spread of the virus there, touting his own efforts to ban travel from China.

“Taking early, intense action, we have seen dramatically fewer cases in the virus than are now present in Europe,” Trump said, using the term “foreign virus” for COVID-19. “The European Union failed to take the same precautions. As a result, a large number of new clusters in the United States were seeded from [the region].”

The World Health Organization officially declared COVID-19 a pandemic on Wednesday as the agency said it had infected more than 113,000 people worldwide and killed more than 4,000. Infections in the U.S. continue to grow, prompting dramatic measures in some states with community outbreaks, including the closure of college campuses and some bans on large gatherings.

“Pandemic is not a word to use lightly or carelessly,” WHO Director-General Tedros Adhanom Ghebreyesus said during a news conference on Wednesday. “It is a word that, if misused, can cause unreasonable fear, or unjustified acceptance that the fight is over, leading to unnecessary suffering and death.”

Trump has so far declined to issue a national emergency declaration over the coronavirus outbreak. Democratic senators are preparing to ask the White House to do so, according to CNN, which would allow the government to use funds from the Federal Emergency Management Agency, or FEMA, to assist local governments with the virus. But Politico reported Wednesday that the president is worried that doing so would stoke panic and impede the administration’s efforts to bolster wild financial markets.

Wall Street plunged into a bear market as the outbreak was declared a pandemic, down nearly 20% since the stock market’s high in February.

The president has repeatedly pushed back against criticism that his administration has been slow to respond to the outbreak. During a meeting with banking leaders on Wednesday, he dismissed a reporter’s question on such concerns as “fake news” and declined to answer.

The president has also consistently downplayed the threat of the virus, rejecting assertions that there weren’t enough kits for every American to get tested and comparing the death rate of the seasonal flu with the coronavirus in a way critics said was misleading to the public about its severity.

Trump again suggested the threat of the virus could be overstated on Wednesday.

“From the beginning of time, nations and people have faced unforeseen challenges, including large-scale and very dangerous health threats,” he said. “This is the way it always was, and always will be. We are responding with great speed and professionalism.”

Health officials have routinely pushed back against such assertions. Dr. Anthony Fauci, the country’s leading infectious diseases expert, predicted Tuesday that the outbreak would only get worse before it got better.

“We must be much more serious as a country about what we might expect,” Fauci told House lawmakers this week. “We cannot look at it and say, ‘Well, there are only a couple of cases here, that’s good.’ Because a couple of cases today are going to be many, many cases tomorrow.”

Others have been more stark. German Chancellor Angela Merkel warned her country that 2 in 3 Germans may become infected before the virus runs its course, saying it was important to follow government restrictions and take public health warnings to heart.

“This is putting our solidarity, our common sense and our openheartedness for one another to the test,” she said. “I hope that we will pass it.”

This is a developing story. Please check back for updates.

Actors Tom Hanks and Rita Wilson have tested positive for the novel coronavirus, Hanks said in a statement on Wednesday. The married couple are currently in Australia where Hanks was working on director Baz Luhrmann’s untitled Elvis Pre…

Police say a white BMW seen at Tallebudgera on the night Cameron Martin died was also seen travelling north on the M1.

SYDNEY, March 12 (Reuters) – Australia’s government said on Thursday it would pump A$17.6 billion into the economy to prevent the coronavirus outbreak pushing the country into its first recession in nearly 30 years.

The country’s first stimulus package since the 2008 global financial crisis, which helped Australia avert a recession then, illustrates the lengths the government will take to pare the economic impact of the outbreak. Despite only affecting about 120 people in Australia so far, economists are expecting the widening epidemic to cause a recession in the second quarter.

The package will subsidise the wages of 120,000 apprentices, offer one-off cash payments for welfare recipients and deliver payments of up to A$25,000  for small businesses, Prime Minister Scott Morrison said at a news conference in Canberra.

Our $17.6 billion economic plan in response to #coronavirus is about keeping Australians in jobs, keeping businesses in business and supporting households to ensure we bounce back stronger on the other side. See details ➡ https://t.co/uNQb2qNBYZpic.twitter.com/ra6IXRI4A5

“This is a comprehensive, a well-thought-through, a well-targeted plan, which is designed to support the Australian economy and jobs and businesses through the difficult months ahead,” Morrison said.

Morrison said more than 6 million welfare recipients, notably pensioners and unemployed citizens will get a one-off cash payment of A$750 from March 31.

“Households will receive a stimulus payment of $750 across the full gambit of those who receive all sorts of benefit payments,” Prime Minister Scott Morrison said in a press conference on Thursday.

“The biggest beneficiaries of that will be pensioners. They comprise around half of those who will receive those payments, but they also will be extended to those in family tax benefits, which obviously goes to those in earning households.”

Almost 700,000 businesses, whether small or medium, will be eligible for grants up to $25,000. These will help pay wages or hire extra staff.

An extension of the instant asset write-off will allow businesses to spend on equipment.

“Importantly, $3 out of every $4 spent will go to backing business and keeping Australians in a job,” said Treasurer Josh Frydenberg.

The government is dedicating $1.3 billion to keep almost 120,000 apprentices in jobs, with up to $21,000 per apprentice in wage assistance. This is aimed to subsidise apprentice wages for up to nine months.

Speaking with the Prime Minister, Australia’s Treasurer Josh Frydenberg said the bulk of the package will be spent immediately, offering a boost of up to 1.5 percentage points to the economy in the second quarter.

“The package won’t super-charge the economy. Neither does it guarantee that the economy won’t slip into recession. But it is a good first step,” said Craig James, chief economist, Commonwealth Bank of Australia.

Ratings agency S&P said on Wednesday it expected Australia to fall into recession in the first half of 2020, but the government’s strong fiscal position allowed for stimulus without threatening its ‘AAA’ credit rating.

Even with the relatively small number of cases, local health officials are struggling to contain the virus, prompting Morrison on Wednesday to pledge A$2.4 billion to support the health system during the outbreak.

However, the package did not reduce market nerves, with the ASX 200 falling by 3% after it was announced and then falling by more than 5% after the United States announced a ban on European travel.

Australia had 112 virus infections as of Wednesday, up from 100 the previous day, with three deaths, health officials said. ($1 = 1.5454 Australian dollars)

The United States will ban all travel from Europe in the latest effort to minimise the spread of coronavirus.

Chemical free and durable: Here’s how you can slash your baby costs in minutes.

The coronavirus has infected more than 100,000 people worldwide. Here’s how to tell the difference between coronavirus symptoms, the flu or allergies. 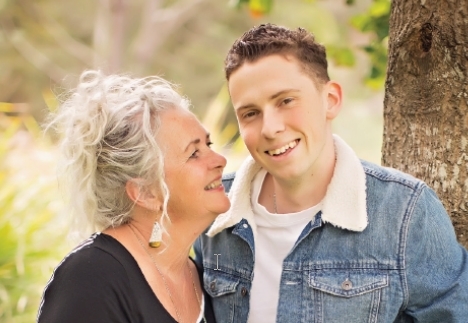 A new exhibition launching today sheds light on a condition that affects over 20,000 Tasmanians. My Journey is a collection of honest, confronting and inspiring reflections and photos about a condition that is often hidden. The exhibition is available to view as part of Epilepsy Awareness Month, a national campaign to get more people talking […]

The post My Journey, an Exhibition for Epilepsy appeared first on Tasmanian Times.

The 68-year-old has been charged with producing child abuse material and sexually touching a child after the citizen’s arrest in Campsie yesterday.