A man has been charged after a “loud party” in a Sydney CBD hotel, as NSW Police continue to crack down on COVID-19 breaches.

A Sydney garbage truck driver wasn’t reversing safely when he struck and killed a grandmother pushing a pram, a judge has been told.

See the latest stories on the coronavirus outbreak.  I’ve not had much luck in love over the past few years. But, dare I say it, coronavirus might just be the thing to change my relationship status. In the grand scheme of things, d…

The Therapeutic Goods Administration has fined celebrity chef Pete Evans over a $15,000 light product that made references to COVID-19.

Stephen Colbert accused US President Donald Trump of turning the fight against the coronavirus into a “distractathon.”

In the face of mounting evidence that Trump’s “botched and delayed” response has hampered the country’s ability to battle the pandemic, the president has sought to “change the subject,” Colbert said on the “Late Show” Wednesday.

The host held up Trump’s executive order to ban immigration, his threat to “shoot down” Iranian gunboats if they harass US ships, and his thumbs-up for protesters objecting to states’ shelter-in-place orders as examples.

Citing a poll that showed two-thirds of Americans believe Trump was too slow to respond to the virus, the comedian said Trump’s attempt to alter the narrative “is not going to work.”

“You can tweet all you want, but it’s hard to capture people’s hearts and minds when they’re worried about their hearts and lungs,” Colbert said. “You can’t have Bill Barr redact the virus. … You can’t even pay the virus $130,000 to stay quiet, which is too bad because this virus is definitely spanking your ass. ”

“So if you want to keep your job,” he added, “you’re going to have to do the unthinkable: your job.” 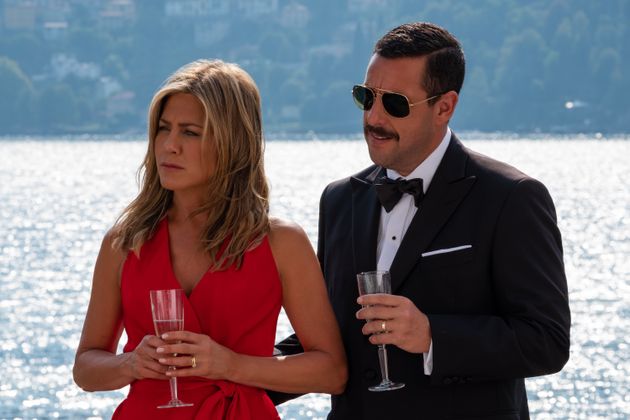 You need a vacation, but thanks to the coronavirus, that’s not going to happen for a while. So instead of looking at the same walls over and over again, you could use a few movies that’ll help you get out of the house — that is, without actually getting out of the house.

I’ve collected eight vicarious vacation movies on Netflix with particularly transportive scenery. A few of the films feature characters actually going on vacation, while others simply take place in beautiful spaces. All of them have characters getting out and about into the world as you wish you could.

The movies on this list vary a bit in quality since I decided to focus on gorgeous settings above all else, but I did refrain from including any truly terrible movies.

For example, Netflix offers the infamously bad “The Tourist” (starring Johnny Depp and Angelina Jolie). Even though that movie is called “The Tourist,” I think the sadness you’ll feel from the quality of that movie will weigh down any benefit from taking in the global locales.

Read on for the list of vicarious vacation films, and if you want to stay informed of everything joining Netflix every week, subscribe to the Streamline newsletter.

Premise: In this comedic, aptly named murder mystery, a New York couple joins a yacht party in Italy while celebrating their 15th anniversary. When murders occur on the boat, the couple must figure out who the killer is or take the blame themselves.

Vicarious vacation: Adam Sandler famously makes movies in beautiful locales so he can combine his work with a trip. The plot in “Murder Mystery” may be hokey, but the scenery is impressive.

Setting: A yacht in waters around Italy

Premise: In this comedy directed by Amy Poehler, longtime friends spend a weekend in Napa Valley together to celebrate one of their 50th birthdays. During the trip, each woman reveals something she’s struggling with in her life outside of the group friendship. The wine and intimacy provide a salve.

Vicarious vacation: A vacation with a large group of people coming together from across the country to drink alcohol (which, yes, lowers the immune system) is just not possible right now. Watch “Wine Country” to experience a trip you won’t get to take for quite some time.

Premise: In this biographical comedy directed by Steven Soderbergh, a woman tries to uncover the truth behind a mysterious insurance company. The movie loosely tells the story of the Panama Papers scandal.

Vicarious vacation: This movie essentially starts with a vacation gone awry. Although “The Laundromat” features a dark cautionary tale related to travel, it also showcases many scenic locales. Perhaps it’s for the best, since it likely won’t inspire you to travel yourself but will still provide plenty of palm trees and seas for you to enjoy on the screen. 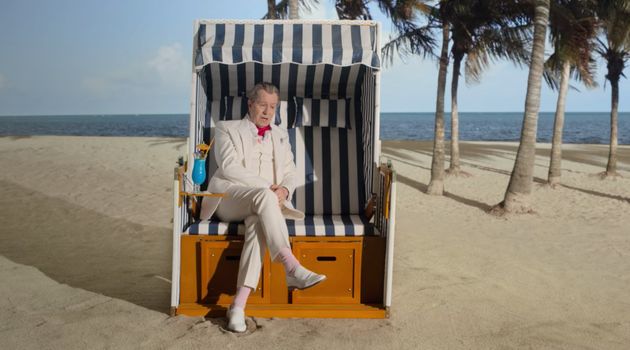 Premise: In this comedy directed by Terry Gilliam and Terry Jones, King Arthur recruits several knights to join him at Camelot. Instead, they take a directive from God to find the Holy Grail. 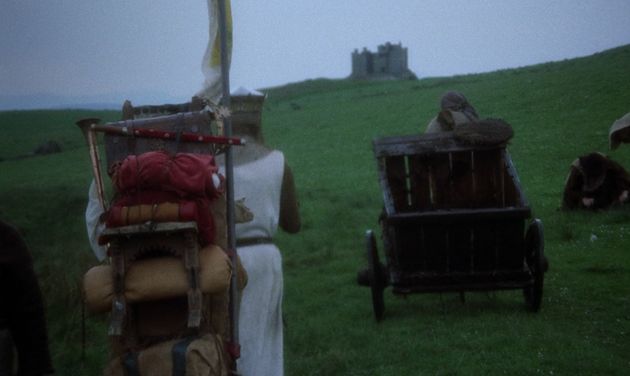 Premise: In this romantic comedy, variations of the same wedding day lead two people either together or apart, depending on changes in seating arrangements. The variations show that small “butterfly effects” can have an impact on whether love works out or doesn’t.

Vicarious vacation: As you won’t be traveling to any destination weddings this spring, you can visit many weddings (or at least versions of the same wedding) with this movie. The bright Italian wedding locale of blooming plants gives the feeling of leaving winter behind that we might’ve missed otherwise. 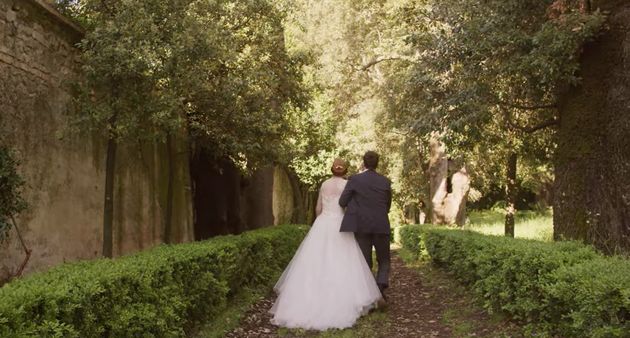 Premise: In this adventure-centric satire directed by Bong Joon Ho, a girl raises a genetically modified “super pig.” When the company that created the pig wants it back for the meat, the girl goes on a global trip to try and save her pet.

Vicarious vacation: The beginning takes place in a lush, mountainous forest. These scenes could be particularly enjoyable for those itching to go on a hike.

Premise: In this documentary, Willem Dafoe narrates a succession of shots featuring impressive mountains. The narration focuses on how people have interacted with mountains throughout history.

Vicarious vacation: This is one of those IMAX-type documentaries that feature one stunning nature shot after another. You might not be the kind of person who would climb a mountain even in non-coronavirus times, but the wondrous shots of nature should still serve as an escape.

Setting: Mountains across the globe

Premise: In this documentary, fraudster Billy McFarland sells expensive tickets to a now-infamous festival. The film focuses on the stranded travelers who were duped into attending this festival and the eventual fallout from the fiasco.

Vicarious vacation: Perhaps watching an extremely failed vacation for hundreds of people can serve as the opposite of FOMO. Even if you don’t get much joy from schadenfreude, this documentary has copious shots of the tropical Bahamas that will bring you to a better place than your couch. 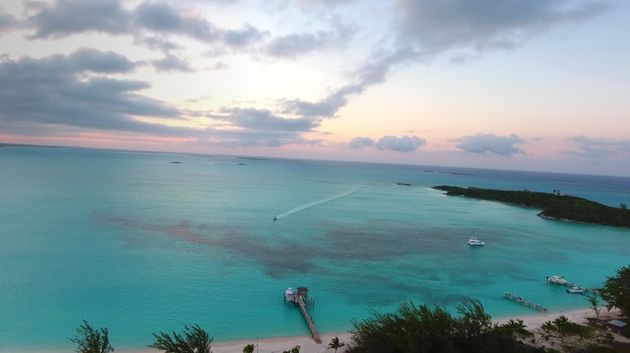 The partner of a Victoria Police officer killed in the Eastern Freeway crash has expressed his devastation over losing his “soul mate”, Constable Glen Humphris.

A Queensland man who ran a drug trafficking business that was “breathtaking” in scale should spend at least 18 years in jail, a court has heard.

They’re not quite Basilisks, but there are now more of Salazar Slytherin’s snakes out in the world.A team of scientists in India named a new species of green pit vipers Trimeresurus salazar, after the character in J.K Rowling’s &ldquo…

Plans for Australia’s tallest building have been approved by the Victorian Government in a bid to keep the state’s development industry operating during the coronavirus pandemic.

Hunched away at our makeshift desks with limited movement, it’s unsurprising many of us have neck and shoulder pain – not to mention headaches – as a result of our shift to a more static, lockdown lifestyle.But it doesn’t have t…