Gabrielle Union had nothing but kudos for her 12-year-old stepdaughter, Zaya, whose family publicly introduced her as transgender this week.

The “L.A.’s Finest” and “Being Mary Jane” star praised Zaya as “compassionate” and “whip smart” on Twitter Tuesday, just as her husband, Dwyane Wade, was making an appearance on “The Ellen DeGeneres Show.”

In his chat with DeGeneres, Wade recalled the moment Zaya came out to him as trans and said he and Union were committed to giving his daughter “the best opportunity to be her best self.”

On Twitter, Union went a step further by allowing Zaya to speak for herself. In a short video included with one of the tweets, Zaya is seen riding in a golf cart with her father while encouraging others to embrace their authentic selves.

Meet Zaya. She’s compassionate, loving, whip smart and we are so proud of her. It’s Ok to listen to, love & respect your children exactly as they are. Love and light good people. pic.twitter.com/G2lLVdD2VT

“Be true, and don’t really care what the stereotypical way of being you is,” Zaya says in the clip. “I know it can get tough, definitely, but I think you push through and you be the best you.”

Wade ― who is also dad to Zaire Blessing Dwyane, 18, Xavier Zechariah, 6, and Kaavia James, 15 months ― said Tuesday that he and Union had been actively reaching out to members of the LGBTQ community, including the stars of FX’s “Pose,” as Zaya made her gender identity known.

Union expressed her gratitude to all who provided “information, resources, love [and] encouragement” on her family’s journey.

Huge huge huge THANK YOU to everyone whose dms I slid into, friends, & family who provided information, resources, love & encouragement. We are humble LGBTQ+ allies with ALOT to learn & grateful for all the support. We encourage yall to check us as needed 🤗 Again, thank you!

Union and Wade, who have been married since 2014, came under fire last year after posting photos of Zaya, then 11 years old, attending an LGBTQ Pride event on social media.

Wade, however, shrugged off the criticism.

“I’m very uneasy about accolades that come from supporting my kids or the negativity that comes from it,” the retired NBA star told Variety in June. “I’m doing what every parent has to do. Once you bring kids into this world, you become unselfish.”

“It’s my job to be their role model, to be their voice in my kids’ lives, to let them know you can conquer the world,” he continued. “So go and be your amazing self, and we’re going to sit back and just love you.”

Movie star Michael Douglas said his late father Kirk Douglas used some of his final words before his death last week at age 103 to praise Democratic presidential hopeful Michael Bloomberg.“I don’t know if he was pulling my leg or not,&rdquo…

NASA wants everyone to know that “basic physics” ― not some mythical fluctuation in gravity ― is the reason a broomstick can stand upright on its own.The government space agency shared a video of NASA astronaut Alvin Drew and scientist Sara…

The head of an alleged Ponzi scheme reportedly linked to top Australian athletes has told the Federal Court he hasn’t lost any money, it just needs to be found.

Movers dropped a rare and expensive grand piano belonging to one of the world’s leading pianists, damaging it beyond repair.

Canadian musician Angela Hewitt detailed the accidental destruction of her F278 Fazioli — worth an estimated $200,000 — in a poignant Facebook post.

“I adored this piano. It was my best friend, best companion,” wrote the Italy-based pianist, who had been at a recording session in Berlin. “I loved how it felt when I was recording ― giving me the possibility to do anything I wanted.”

“I hope my piano will be happy in piano heaven,” she added.

Hewitt said Fazioli Pianos’ founder, Paolo Fazioli, and his staff had inspected the damaged instrument ― which she’d used in numerous concerts and every European recording session since 2003 ― but found its broken iron frame, lid and case to be “not salvageable.”

“It makes no sense, financially or artistically, to rebuild this piano from scratch,” she wrote. “It’s kaputt.”

Yes, it’s true. At least nobody was hurt. A very unfortunate accident. I did so love my @Fazioli_Pianos that was resident in my home in Italy, and on which I made almost all my CD recordings for the past 17 years. Pianos are friends. https://t.co/yMvVgfgDc1

The movers were “mortified,” said Hewitt, who plans to use another Fazioli piano for an upcoming summer festival in Umbria, Italy, before getting a new one of her own later this year.

“In 35 years of doing their job, this had never happened before,” she wrote. “At least nobody was hurt.” 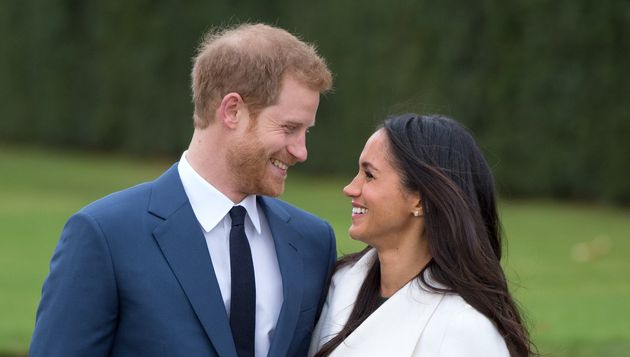 HuffPost spoke with Michelle, the 20-year-old Australian behind the account who only uses her first name online, about her latest highly successful video, which shows Harry fixing Meghan’s ponytail or smoothing out her hair at various events.

“The most attentive husband,” the tweet text says, alongside a 24-second video that shows the couple in Morocco in February 2019, Nyanga township in Cape Town in 2019, New Zealand in 2018, and Meghan launching her cookbook at the Hubb Community Kitchen in September 2018.

the most attentive husband ☺️💫 pic.twitter.com/3yEyYeGdMu 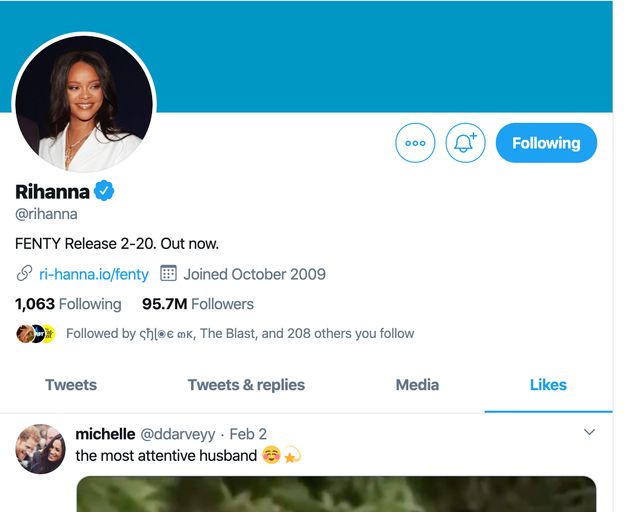 Michelle told HuffPost that she was a fan of Meghan “long before she met Prince Harry.” The more she learned about the actor, the more she liked her, she said.

“I came to see the genuine and kindhearted person she is. I was specifically impressed with all that she has achieved throughout her life and all the humanitarian work she has dedicated herself [to],” Michelle said via direct message on Feb. 5. “She was (and still is) somebody who really cares about not only the work she completes, but also the people who follow it.”

But even with her acting and involvement in many charities, Meghan still found time to interact with fans, helping to spur an online community of supporters that grew stronger as Meghan’s celebrity soared.

“Back when she had her own personal social media, she would constantly interact with her followers and even had built relationships with a few of them,” Michelle said.

One of Michelle’s other extremely successful videos is from one from a 2016 AOL Build talk. During the interview, Meghan notices and gives a letter to a fan, Emily, whom she’d built a relationship with on Twitter. (AOL was HuffPost’s parent company at the time).

“Don’t forget Meghan did this,” Michelle tweeted in January 2020 alongside a clip of the interaction, garnering 9 million views and 443,000 likes. “This is the kind of person she is.”

dont forget meghan did this.
this is the kind of person she is pic.twitter.com/Izqgp9Z95T

Michelle is part of the SussexSquad community, the ever-growing group of online defenders speaking up on behalf of the Sussexes. Meghan especially has been the frequent target of racist coverage and online abuse by the British tabloid press and on Twitter, which is roundly regarded as a hotbed of hate.

Though Meghan couldn’t ― and didn’t ― hit back at trolls or tabloids directly as a working member of the royal family, her SussexSquad supporters gave the duchess a voice and defended her in real time.

Michelle follows 158 accounts on Twitter, the majority of which prominently support the royal couple. She says her account is a “way for me to connect with other individuals who also share similar interests” and celebrate major Harry and Meghan events ― like the royal wedding and their son Archie’s birth.

Michelle told HuffPost that she creates content for her account whenever she gets “a sudden spark of creativity, or notice something from their engagements that is consistent” and wants to share it with people.

“When you follow each of their engagements, it’s not that hard to see the love and positivity they spread which makes coming up with content easy,” she said. “There is a lot of negative and unfair press against them, specifically Meghan, which is a shame and really disappointing.”

The creator said that she never intends for her work to go viral, but when it does, it’s “very overwhelming.”

“But I enjoy it because it helps spread the love and word on Harry and Meghan,” she said, adding that the SussexSquad always has a positive reaction to the content and that the “overwhelming majority” of comments she gets are positive.

When you follow each of their engagements, it’s not that hard to see the love and positivity they spread.Michelle, video creator and member of SussexSquad

In addition to posting cute moments or interactions between the couple, Michelle also uses her platform to highlight Meghan’s past humanitarian work.

“I made a thread on Twitter once highlighting Meghan’s pre-royal life achievements and that was a post that did get a lot of love,” Michelle wrote.

Meghan’s activism got started at a young age ― at only 11, she got Proctor & Gamble to change its sexist advertising through a letter-writing campaign. During her time on “Suits,” she served as the global ambassador for World Vision, where she led clean water, sanitation and gender equality initiatives in Rwanda and India. She also worked as a U.N. Women’s Advocate, volunteered at a Toronto nonprofit for many years to help the homeless and joined a USO tour appearance in 2014.

📌 At the age of 11, meghan lobbied a dishwasher soap manufacturer to change its sexist TV commercial.

Participating in the One Young World 2014 Summit in which she joined a panel for the ‘Bridging the Gap’ session.

📌 Visited Afghanistan with the United Service Organisations (USO) which supports the military and their families.

“In gratitude to our troops, and the opportunity to thank them personally for their sacrifice and service.

“Such an honor and feeling very very blessed. #USOtour” pic.twitter.com/MbRgPkkRph

listen to her 2015 speech here: https://t.co/XNg111bK3Wpic.twitter.com/3tobhiElTt

“I had one person comment on it about how she knew Meghan was politically active and philanthropic but she had no idea it was this prolific,” Michelle said.

But Michelle ― and the rest of the SussexSquad ― have also used their social media accounts to make a tangible impact on the world. Michelle highlighted a few campaigns she’s promoted with fellow accounts that have really taken off.

“We’ve had a#HappyFathersDayPrinceHarry which raised over $10,000 for two charities supported by Harry, including Scotty’s Little Soldiers and the Queen’s Commonwealth Trust,” Michelle said, adding that the group’s #GlobalSussexBabyShower push after Archie was born in May 2019 raised over $100,000 for various organizations.

Currently, the online community is running the hashtag campaign #SussexGreatForest, which aims to plant 100,000 trees by Archie’s first birthday.

“Harry and Meghan really inspire us to participate and help support good causes and I think that’s really important for people who have such a large platform,” she said.

The Bureau of Meteorology has warned of more intense rainfall to come, which could lead to life-threatening flash flooding. 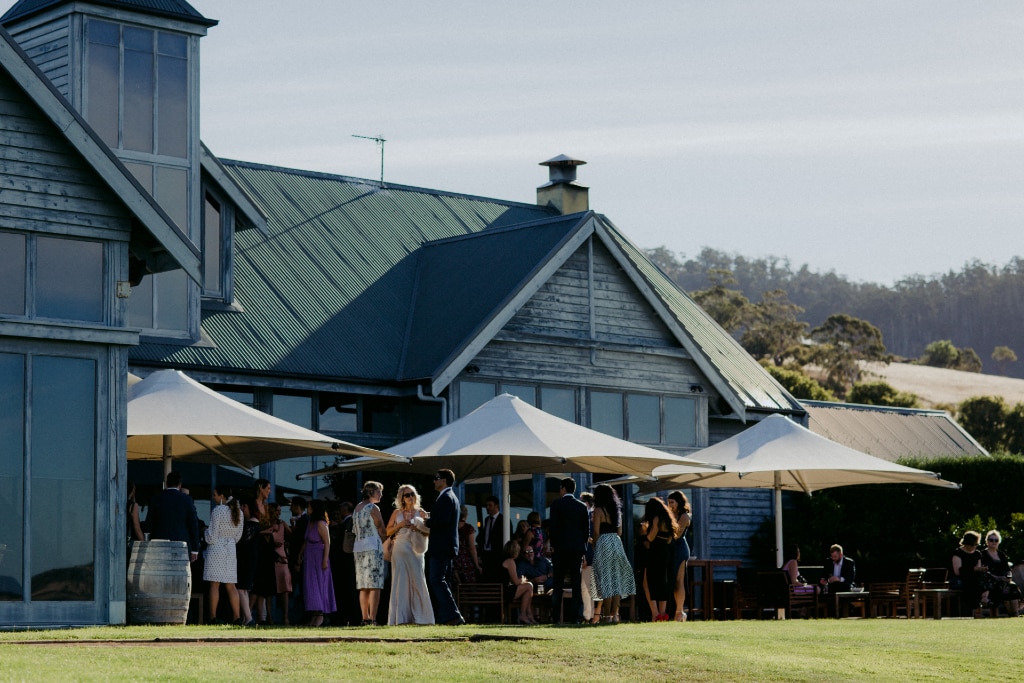 Forget the line about candy is dandy, but liquor is quicker. Diners are likely to find eating out at a vineyard restaurant a truly romantic way to spend Valentine’s Day with someone special in their life. At least, that’s the tongue-in-cheek conclusion that can be drawn about dining out in Tasmania, according to data obtained […]

The post Vineyard Restaurants among Tasmania’s Most Romantic appeared first on Tasmanian Times.

The killing of Northern Irish journalist Lyra McKee caused widespread shock in a country still scarred by decades of violence, in which more than 3500 people died.

An original work by renowned street artist Banksy will go under the auctioneer’s hammer in Melbourne to raise money for bushfire relief.

Warcraft Radio recently interviewed Game Director Ion Hazzikostas and we learned more about the World First Race, Corrupted Items, and more to be revealed about Shadowlands soon. Check out the highlights for more details!

The couple issued a joint statement explaining the “difficult decision to separate as a couple, amicably”.