He was heard saying ‘What the f— is the matter with her?’ seemingly unaware his microphone was on.

The big four banks will be setting up a dedicated hotline for customers to receive the bridging finance they need to keep their businesses afloat.

All Radio Rentals stores will be closed and 300 jobs made redundant as the electronics leasing firm migrates online amid the coronavirus-fuelled retail downturn.

With social distancing restrictions in place Victoria Police Chief Commissioner Graham Ashton has urged those who want to offer their sympathies and condolences to do so online, instead of in person.

The man’s landing did not quite go to plan with the helicopter tipping on its side as it approached the landing pad. 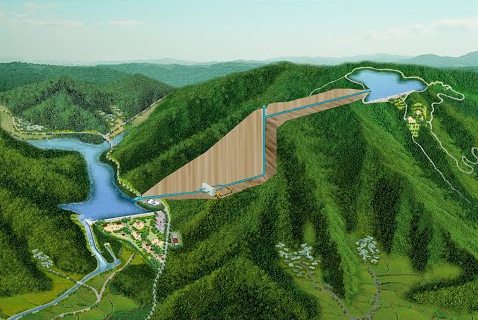 Hydro Tasmania continues to examine the role the Battery of the Nation project in state’s future. The government business is still looking at both on-the-ground pumped hydro work and new white paper analyses demonstrating how the project can be a part of Tasmania’s economic recovery in the short and long term. Chief Executive Officer Steve […]

The doctor leading the Trump administration’s vaccine agency said he was removed from his post at the Department of Health and Human Services and moved into a smaller role at another agency in retaliation for pushing for “scientifically-vetted solutions” over drugs that have not been proven to treat the coronavirus.

Dr. Rick Bright said in a statement to The New York Times on Wednesday that he had clashed with HHS “political leadership” over his resistance to funding “potentially dangerous drugs promoted by those with political connections.”

That disagreement led to Bright’s removal as the director of the Biomedical Advanced Research and Development Authority in HHS, which leads the federal effort to develop vaccines and other drugs. The director of that agency is not appointed by Congress.

Bright told the Times that he specifically limited the “broad use of chloroquine and hydroxychloroquine, promoted by the administration as a panacea, but which clearly lack scientific merit.”

“While I am prepared to look at all options and to think ‘outside the box’ for effective treatments, I rightly resisted efforts to provide an unproven drug on demand to the American public,” Bright said Tuesday.

President Donald Trump has continuously promoted the use of hydroxychloroquine, a drug for malaria, as a possible treatment for COVID-19 despite the lack of scientific evidence supporting that claim.

At least one recent study of 368 patients ― the largest study so far ― showed that there were no benefits of using the drug. The study also showed that more patients who received hydroxychloroquine died than those who received standard care.

Bright had been working with the agency since 2010 and took on the role of BARDA director in late 2016. As of Wednesday afternoon, his biography page on the HHS website was unpublished.

When asked about Bright at the coronavirus task force press conference on Wednesday, Trump told reporters that he had “never heard of” the doctor.

Here is Dr. Rick Bright’s full statement, just emailed out by the law firm Katz, Marshall & Banks which will be representing him as he files a whistleblower complaint.
(First reported by @maggieNYT) pic.twitter.com/oQ3j9Z17SK

Bright believes his transfer to the National Institutes of Health was in response to his “insistence” that the federal government invest the “billions of dollars allocated by Congress” in science-backed solutions to the COVID-19 pandemic instead of “drugs, vaccines and other technologies that lack scientific merit,” he said in a statement.

Katz and Banks previously represented Christine Blasey Ford, who alleged that Supreme Court Justice Brett Kavanaugh sexually assaulted her when they were in high school.

HHS officials confirmed to CNN that Bright had been moved to the NIH to lead a government project involving a public-private partnership on developing vaccines and COVID-19 treatments.

“My professional background has prepared me for a moment like this — to confront and defeat a deadly virus that threatens Americans and people around the globe. To this point, I have led the government’s efforts to invest in the best science available to combat the Covid-19 pandemic,” Bright said in his statement.

“Unfortunately, this resulted in clashes with H.H.S. political leadership, including criticism for my proactive efforts to invest early into vaccines and supplies critical to saving American lives. I also resisted efforts to fund potentially dangerous drugs promoted by those with political connections,” he continued.

According to Stat, a medical and health care news site, Congress recently tripled BARDA’s budget as part of the response to the coronavirus pandemic.

HuffPost has reached out to the White House, HHS and Katz and Banks for comment.

The hotel manager on board the Ruby Princess was surprised guests who had been tested for COVID-19 had been permitted to leave the ill-fated cruise ship before results were released, a NSW commission of inquiry has heard.

Retailing for $749, the iPhone SE is effectively an iPhone 11 in the body of an iPhone 7.