Zookeepers at the Saint Louis Zoo were surprised to see their oldest snake coiled around a clutch of freshly laid eggs because she hadn’t been near a male in more than 15 years.

Zookeepers at the Saint Louis Zoo were surprised to see their oldest snake coiled around a clutch of freshly laid eggs because she hadn't been near a male in more than 15 years.

The ball python, which has been at the zoo since 1961, laid seven eggs on July 23, Mark Wanner, the Zoological Manager of Herpetology told CNN.

"It was a surprise. We didn't expect her to drop another clutch of eggs, honestly," he said.

Keepers had noticed some changes in the snake beforehand, but Wanner said they were subtle.

The snake doesn't have a name, but is identified by the number 361003, according to the zoo. She's believed to be at least 62 years old.

Ball pythons are native to central and western Africa and can reproduce asexually, which is known as facultative parthenogenesis, the zoo said. Wanner said Komodo dragons and some other snakes and reptiles also reproduce asexually. 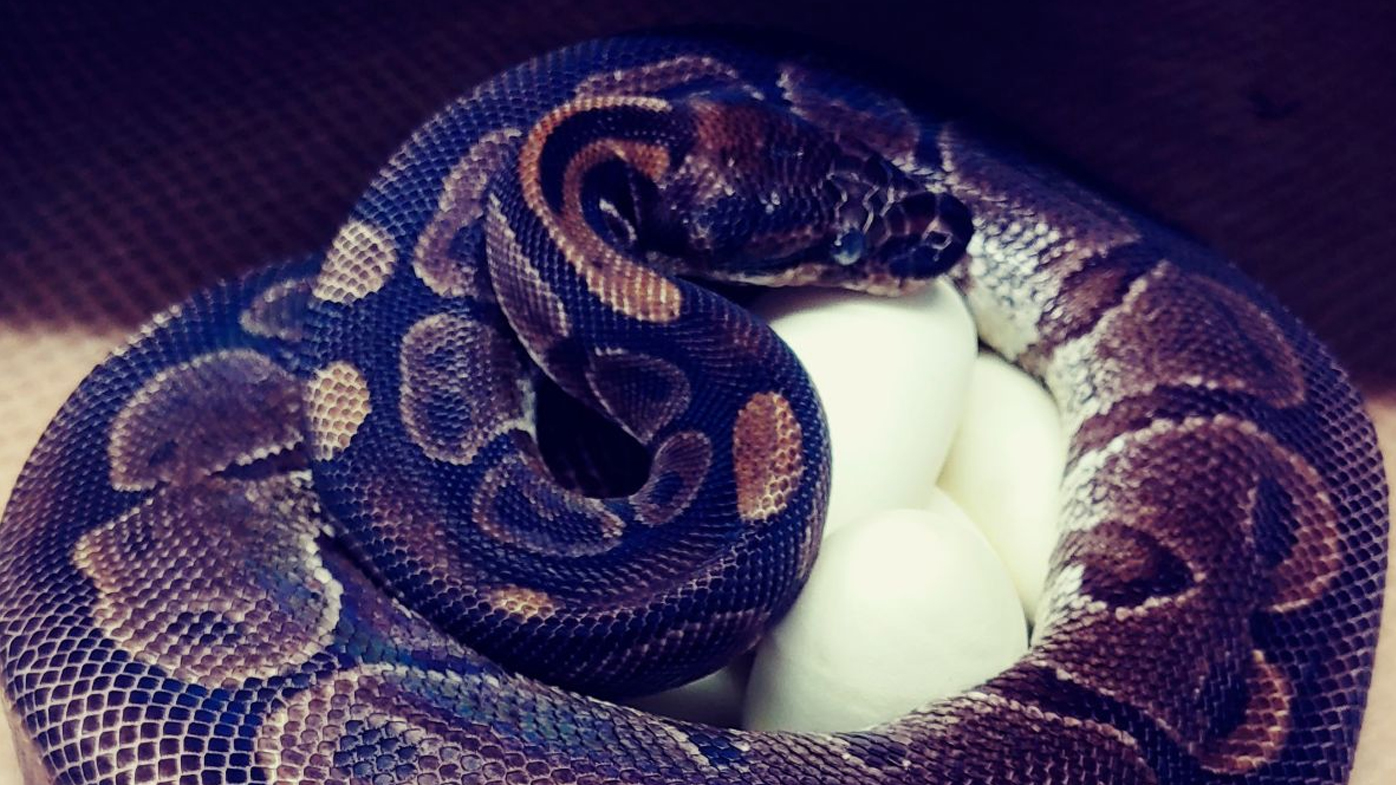 Females can also store sperm for delayed fertilization, but Wanner said the longest documented case they found of that happening was seven years after the contact.

She laid another clutch of eggs back in 2009, but none of those eggs hatched and there are no records of her being around a male then either.

Wanner said she could have been with a male in the late 1980s and early 1990s because keepers used to put the snakes together in buckets while cleaning their cages.

"We're saying 15 plus years, but I mean, it's probably easily closer to 30 years since she's been physically with a male," he said.

Warner said they've taken two of the eggs for genetic testing to determine if the eggs reproduced sexually or asexually. Two more eggs have died and the remaining three are being incubated.

He said they're hoping to get the test results back in about a month.

READ MORE: 'It just started to wrap around me': Man in ute fights off brown snake

"We can't wait for the samples to be tested to actually get that information because that will end any of the hearsay or whatever we might think could or couldn't be," he said.

Wanner said the eggs are about halfway through their incubation.

"If they continue to live and continue to develop, we expect hatching to be in the next two to three weeks," he said. "We've got our fingers crossed that one of these animals will hatch, but we don't know for sure."

Reported with The CNN Wire.