When Jess, 31, met Willie in 2017, she told him straight away that she had acute myeloid leukemia (AML).

When Jess, 31, met Willie in 2017, she told him straight away that she had acute myeloid leukemia (AML).

Jess had been diagnosed with AML in 2010 and was in remission, but the leukaemia had returned several times.

It led her to suffer from post traumatic stress disorder (PTSD), depression and anxiety. 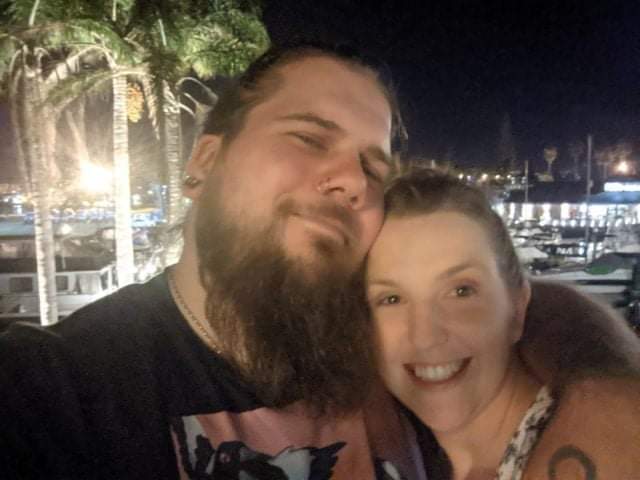 "She just kind of gave me the heads up on all that. She said I could stick around if I wanted to," Willie, 31, said.

And stick around he did.

The couple has now been together for over four years and Willie has taken on the role as Jess's carer.

The role of carers

CEO of Carers Australia, Liz Callaghan, said it was important to distinguish between paid and unpaid carers.

"It can be very confusing for the public," Ms Callaghan said.

"You're doing that (caring) on top of your relationship that you have with the person you're caring for.

"You or I could become in a situation where we find ourselves having to deliver care to a loved one."

Carers Australia says there are 2.65 million carers across the country, making up 11 per cent of the population.

And one-third of primary carers in Australia are providing over 40 hours of unpaid care per week.

While the average age of a primary carer is 54, there are a growing number of younger carers like Willie.

"For young carers and many other carriers, but particularly young carers, sometimes one of their biggest challenges is their educational studies, or their employment can be a really big challenge," Ms Callaghan said.

"With work and income disruption or education disruption, it's really hard for carers sometimes to access income support."

Carers Australia said the weekly median income of primary carers aged 15 to 64 is $800 compared to non-carers, who receive a median weekly income of $997.

'I just thought it was something I did'

Willie said that even though he grew up helping to care for his mother, he didn't fully realise the recognition around being a carer.

It wasn't until he met Jess and also started a professional career as a carer for people with disabilities, that Willie became more aware of the value of his role.

"Growing up I just thought it was something that I did. I love to help her out. I didn't realise it was a lot of people who are in that situation," he said.

With that also comes with the reality of loneliness.

"We do know that carers are three times as likely as other Australians to regularly experience loneliness," Ms Callaghan said.

"They're at a greater risk of having poor health than the general population. In fact they're double the risk of that."

Willie said that he makes sure to take time out to do activities that help him recharge.

"I play PlayStation, I make art, I garden," he said.

"Even just doing stuff with Jess. Normal stuff like going out for lunches, going to the beach, eating fish and chips or whatever it might be." 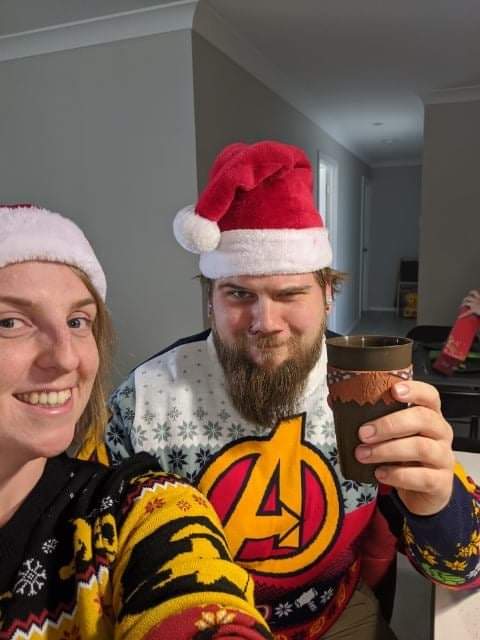 Ms Callaghan expressed that the onus shouldn't be on carers, who already have full days, to create support resources for themselves.

"Doctors need to know this and they need to support those carers."

"Everyone has a role to play. Even you and I, we both have roles to play as community members if we know of a carer in our life."

Willie said that he was glad people are talking about carers more and felt events such as Carers Week were great to raise more awareness.

The theme for this year is 'Millions of Reasons to Care', which Ms Callaghan said aims to highlight the work of unpaid carers who are a "very hidden group of the population".