Drink responsibly, or you might fall victim to “whiskey dick.”There are few men of drinking age who haven’t experienced some performance challenges after a night of heavy drinking ― whether they struggle to get an erection or reach cl…

Drink responsibly, or you might fall victim to “whiskey dick.”

There are few men of drinking age who haven’t experienced some performance challenges after a night of heavy drinking ― whether they struggle to get an erection or reach climax.

In the moment, it feels like your body has cut power to your penis at the worst possible time, said Garrett, a 32-year-old sales executive from Seattle. (Many of the men who spoke to HuffPost requested that we only use their first names to protect their privacy.)

“I think it’s my brain’s way of saying, ‘Hey, you’re not sober enough to use this responsibly, so I’m gonna turn it off for a bit,’” he told HuffPost.

Because his partner handled it well the first time it happened, Garrett hasn’t fretted too much about it since.

“The girl I was with had a huge impact on how I felt about it,” he said. “I couldn’t get an erection, but she was completely understanding and said it was normal and shut down my apology in a really positive way. I was really grateful for that.”

Kelvin, a 31-year-old from Sydney, said he can “get his motor running” after over-drinking, but getting to the desired destination with his partner is touch-and-go.

“It’s much harder to reach full operation after drinking,” he said. “It takes about 25 to 30 minutes instead of the usual 10 to 15 ― but the destination is eventually reached. My apologies are usually duly offered to the passenger.”

A quick apology and an understanding partner are ideal, but still, once you’ve experienced whiskey dick — technically known as alcohol-related erectile dysfunction — you don’t want it to happen again. Below, urologists and sex therapists explain the phenomenon, how to avoid it, and what to do in the moment to get back to the business of boning ASAP. 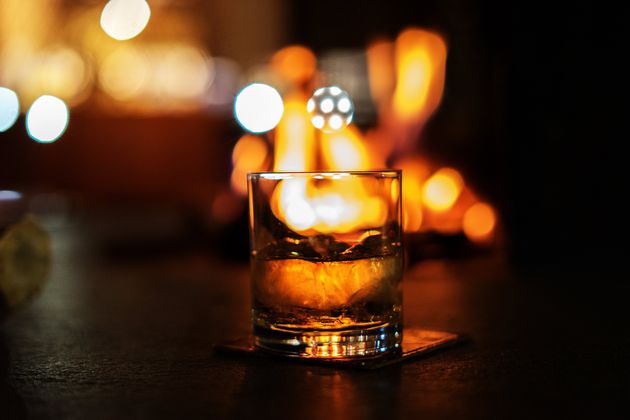 Why does it happen?

To get a satisfying medical explanation for alcohol-related erectile dysfunction, you have to understand just how complicated the process of getting an erection can be, said Mike Bohl, a senior medical writer at Health Guide from Roman, a digital clinic for men’s health.

“First, there has to be sexual arousal, which requires concentration,” he told HuffPost. “Second, the brain needs to effectively send signals to the penis to tell it what to do. Third, there needs to be enough blood in the body to fill the penis, which is why it’s important to stay hydrated. And fourth, the blood vessels need to relax, allowing blood to rush into the penis.”

Alcohol has the ability to impede every step in that process, Bohl said.

“First, being intoxicated may make it more difficult to concentrate or be coordinated,” he said. “Second, alcohol is known as a central nervous system depressant, which means it slows down the electrical activity in the brain and nerves. Third, alcohol is dehydrating ― think about how much you pee when you drink ― your body is losing a lot of volume.”

And fourth, drinking alcohol affects the renin-angiotensin-aldosterone system in the body: “This is a fancy way of saying alcohol can make the blood vessels constrict, which is the opposite of what you want when you are trying to get an erection,” Bohl said.

Even if you’re able to rise to the occasion, you’re not out of the dick-debilitating woods: Too much alcohol can also make it harder to climax, for some of the reasons mentioned above.

Is there any alcohol that won’t cause this?

It doesn’t take a rocket ― er, dick scientist ― to know that it’s not just whiskey that causes whiskey dick. Vodka drinkers get it, so do gin guzzlers. But are there any drinks that are less likely to cause the phenomenon?

“There isn’t really a good alcohol or a bad alcohol as far as this is concerned,” said Aaron Spitz, a urologist and author of “The Penis Book: A Doctor’s Complete Guide to the Penis.”

“Although wine has phytonutrients ― plant-based compounds that can improve your health ― it can leave you hangin’ just like the rest of them,” he added.

It’s probably not the answer you want to hear, but your best bet is to slow down on your drink of choice.

“Having a low-proof beverage, like beer or wine, or having mixed drinks as opposed to straight liquor may help reduce the total amount of alcohol consumed at one time,” Bohl said.

Is there a female equivalent?

Men aren’t alone in the struggle. The effects of too much alcohol are less  noticeable for women, but they can suffer from “whiskey clit” in the heat of the moment as well, according to Stephen Snyder, a sex therapist and author of “How to Have Ridiculously Great Sex in a Long-Lasting Relationship.”

“The female brain is subject to the same arousal-suppressing effects of alcohol,” he said. “Decreased arousal leads to decreased blood flow to the vagina and clitoris, resulting in loss of lubrication and difficulty reaching climax.” 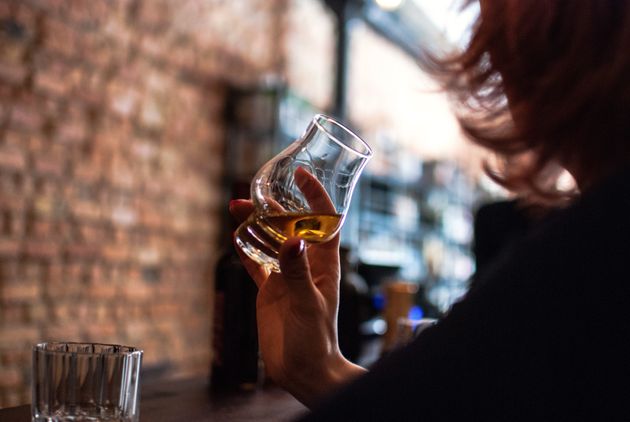 How do you avoid whiskey dick?

Again, the answer is to drink less. Yes, drinking might calm your nerves before sex, but you don’t want to be drinking so much that it interferes with your erections.

“Instead of drinking to excess, enjoy the ‘natural high’ that comes from being genuinely aroused,” Snyder suggested. “Good sex can take you places emotionally that alcohol just can’t. I like to say drinking too much before sex is like bingeing on Cheetos before going to a great restaurant.”

If you know you’re going to be throwing back a few more than usual, plan accordingly.

“I usually advise couples to have sex first, then go out to eat and drink afterwards to celebrate,” he said.

One fix that isn’t likely to work? Taking pills like Viagra, Cialis or Stendra to counteract the effects of drinking.

“That’s not likely to help,” Spitz said. “The pills won’t work with too much alcohol since there’s not enough nitric oxide in your blood vessels to work with. Nitric oxide is the molecule that causes blood to pump up the penis.”

Many men vouch for weed’s ability to increase sexual satisfaction ― but you might just think sex is better after smoking because weed has altered your perception of time, said Heather McPherson, a couple’s therapist and sex therapist in Austin and Denver.

Looking at some preliminary research, weed actually might be a boner-blocker as well.

“What the research shows is with higher doses or daily smokers, weed might actually cause an issue for penis owners and lead some men to experience erectile dysfunction,” she said. “However, all this research is in its infancy, so we should not jump to definitive conclusions.”

“Coke dick” is definitely real though, according to Snyder.

If you repeatedly suffer from whiskey dick, you might need to seek help.

“Alcohol is also a nerve toxin, and too much can destroy the nerves that stimulate the penis, making it harder to get hard,” Spitz said. “There are a lot of alcoholics who suffer from erectile dysfunction. If you are repeatedly suffering from whiskey dick, it may be a sign of an alcohol problem and you should consider seeking help. ”

What can you do in the moment to bounce back faster?

If you want to get back to the boinking, your best friend is time, plus staying hydrated, Bohl said.

“Unfortunately, there isn’t much you can do for a quick fix besides that,” he said. “The biggest problems are the slowed nervous system and the reduced blood flow to the penis, and neither is likely to improve until the body stops metabolizing the alcohol and you sober up.”

Garrett, one of the men quoted earlier in the story, has a few suggestions to make the experience a little less disheartening.

“A lukewarm or cold shower ― preferably with a friend ― two glasses of water and cuddling under a blanket with my partner always helps,” he said. “What’s more important is having a partner be supportive and chill about it.”

Sex Ed for Grown-Ups is a series tackling everything you didn’t learn about sex in school — beyond the birds and the bees. Keep checking back for more expert-based articles and personal stories.

Need help with substance abuse or mental health issues? In the U.S., call 800-662-HELP (4357) for the SAMHSA National Helpline.