NEW YORK — In 2015, President Barack Obama named Andrew Yang an ambassador of global entrepreneurship as part of a White House program to promote economic activity around the world.
The award is a keystone in Yang’s backstory as a serial entrepreneu… 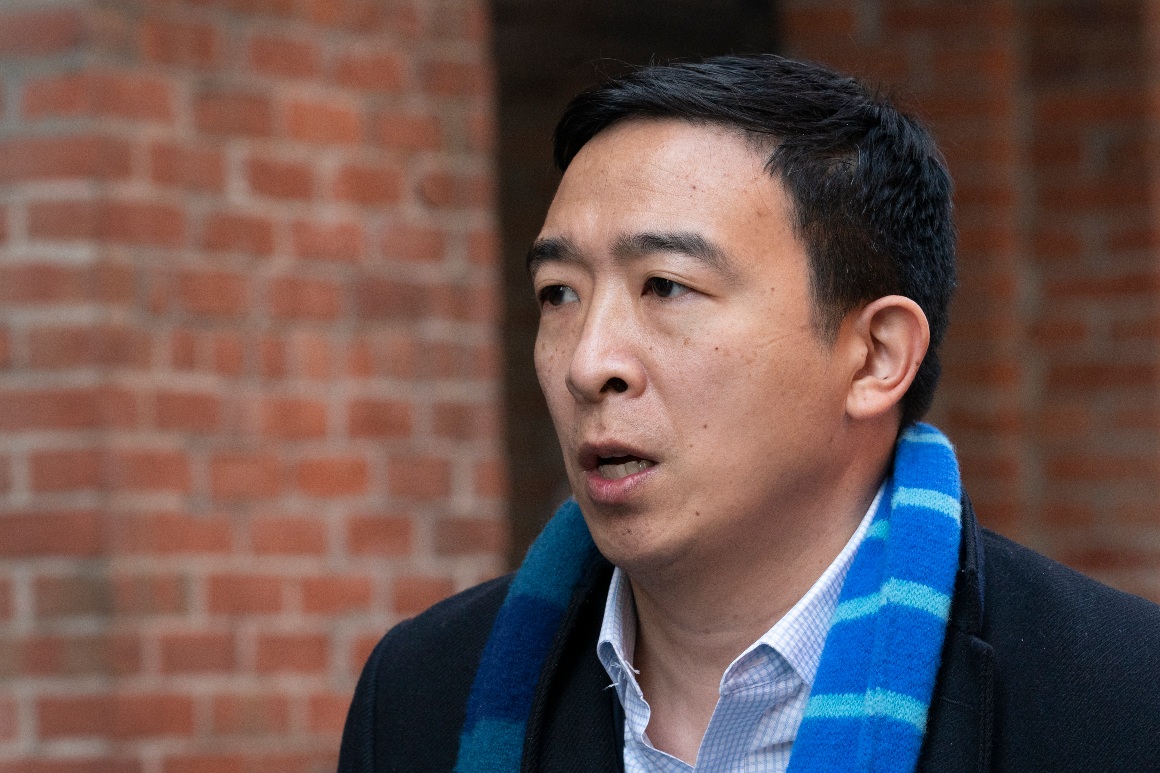 NEW YORK — In 2015, President Barack Obama named Andrew Yang an ambassador of global entrepreneurship as part of a White House program to promote economic activity around the world.

The award is a keystone in Yang’s backstory as a serial entrepreneur with deep experience in the startup world — a history he draws on as a leading candidate for New York City mayor. Yang has pitched himself as someone with fresh ideas and an aversion to political ideology. But a look at his resume shows the reality is less clear cut.

At the time of Obama’s recognition, Yang was head of Venture for America, a nonprofit he created to match recent college graduates with startups in small and mid-sized cities.

“I started Venture for America because I remember what it’s like to be a struggling entrepreneur myself,” Yang wrote on the organization’s blog soon after visiting the White House. “My first company flopped back in 2001.”

However, the early company that Yang referred to, Stargiving.com, was the brainchild of a co-worker during his brief stint at white-shoe law firm David Polk & Wardwell. After a 25-year-old Yang expressed enthusiasm in the idea, the duo quit and turned Stargiving.com into a full-fledged startup that connected donors with charitable causes.

The company was one of several early-stage firms that Yang worked at in the decade before starting Venture for America. And while this period is crucial to his self-described identity as a serial entrepreneur, these firms were often created by someone else — a distinction that complicates a key part of his campaign persona.

“At a time when New York’s economy is still reeling and questions remain about the return of workers to offices, that Yang is able to say he understands and has participated in one of the city’s most important economic growth sectors is unquestionably part of his appeal to voters,” said Seth Pinsky, head of the 92nd Street Y and former head of the city’s Economic Development Corp.

After Stargiving.com’s demise, Yang joined a healthcare company called MMF Systems. The firm processes confidential medical information for patients about to undergo surgery. During his tenure at the young organization, Yang was in charge of a customer relations team that sought to strengthen bonds with hospitals who used the company’s service. The firm’s chief executive, Manu Capoor, recalled Yang’s tenure fondly and said that because the company was so small, everyone there acted as an entrepreneur.

“In my opinion, entrepreneurs are born, and Andrew Yang was born an entrepreneur,” he said in an email.

In 2006, Yang left MMF to join Manhattan Prep, a company created by a friend named by Zeke Vanderhoek, who eventually asked Yang to take over as chief executive. Yang spent four years at Manhattan Prep before the firm was sold for millions. And afterward he decided to create Venture for America, which his campaign said is one of the main sources of his knowledge about startups and the world of entrepreneurs.

“Andrew co-founded an Internet start-up in his mid-twenties, worked at two software companies as an executive thereafter, ran an education company that leveraged technology in order to grow and was acquired by a public company in 2009, and founded and built a multi-million dollar non-profit from scratch that worked with dozens of technology companies around the country to create thousands of jobs,” spokesperson Alyssa Cass said in a statement touting Yang’s business experience.

However, Yang’s signature entrepreneurial accomplishment has fallen far short of the job creation goals that it set out to do. The organization initially pledged to create 100,000 by 2025, something that it is not close to achieving. The organization’s struggles were part of the reason that Yang resigned and pursued a run for president based on the concept of universal basic income.

Despite a relatively short track record of creating businesses himself, Yang’s campaign said that he is still connecting with voters as he continues to lead in the polls.

“It’s clear Andrew’s story — and passion for helping people — is resonating with New Yorkers,” Cass said in a statement. “As any small business owner in the city will tell you, starting and growing a company is not for the faint of heart.”