Swarms of desert locusts up to 60km long are damaging crops in east Africa, in the worst outbreak of the creatures in more than two decades.

The most serious outbreak of desert locusts in 25 years is spreading across east Africa and posing an unprecedented threat to food security in some of the world's most vulnerable countries. 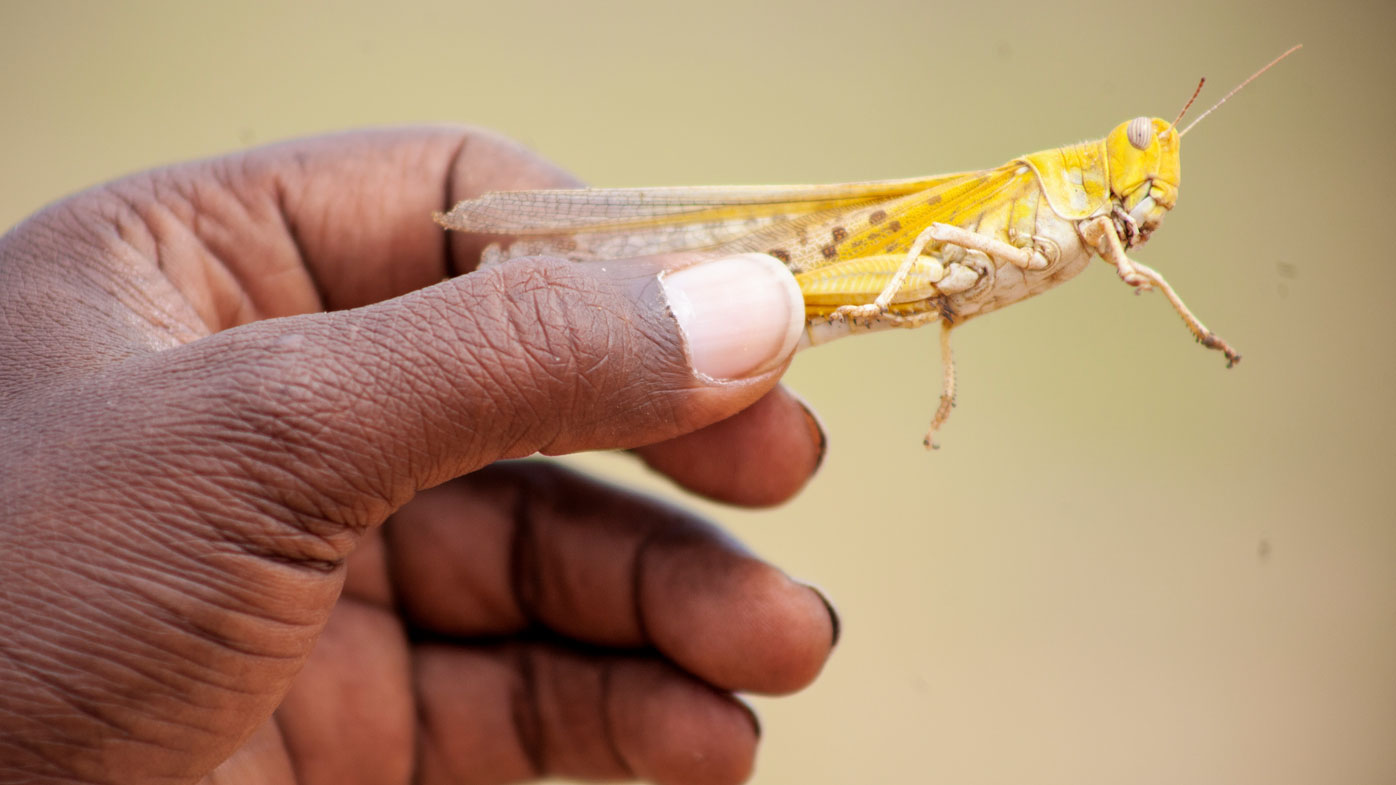 The locust swarms hang like shimmering dark clouds on the horizon in some places.

Roughly the length of a finger, the insects fly together by the millions and are devouring crops and forcing people in some areas to bodily wade through them.

Near the Kenyan town of Isiolo on Thursday, one young camel herder swung a stick at them, with little effect. Others tried to shout them away.

An "extremely dangerous increase" in locust swarm activity has been reported in Kenya, the east African regional body reported this week. 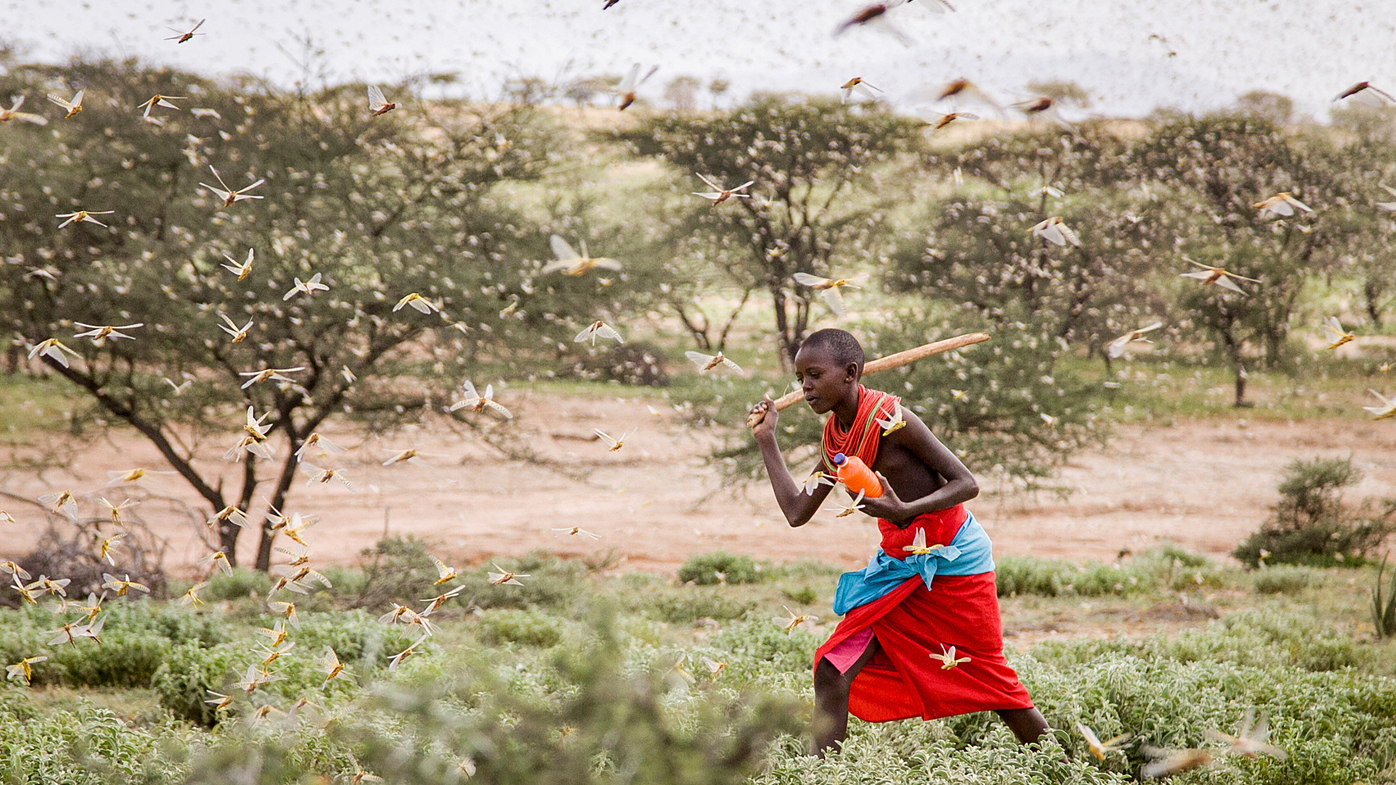 One swarm measured 60 kilometres long by 40 kilometres wide in the country's northeast, the Intergovernmental Authority on Development said in a statement.

"A typical desert locust swarm can contain up to 150 million locusts per square kilometre," it said.

"Swarms migrate with the wind and can cover 100 to 150km in a day. An average swarm can destroy as much food crops in a day as is sufficient to feed 2500 people."

The outbreak of desert locusts, considered the most dangerous locust species, also has affected parts of Somalia, Ethiopia, Sudan, Djibouti and Eritrea, and IGAD warns that parts of South Sudan and Uganda could be next.