A woman has suffered lower body injuries in a shark attack near Fitzroy Island, off the coast of Cairns in Far North Queensland.

A 29-year-old woman who was on a day off from filming a shark documentary has been bitten by a shark near Fitzroy Island, off the coast of Cairns.

The woman suffered a 10cm bite to her left leg while snorkelling about 100 metres offshore, paramedics said. 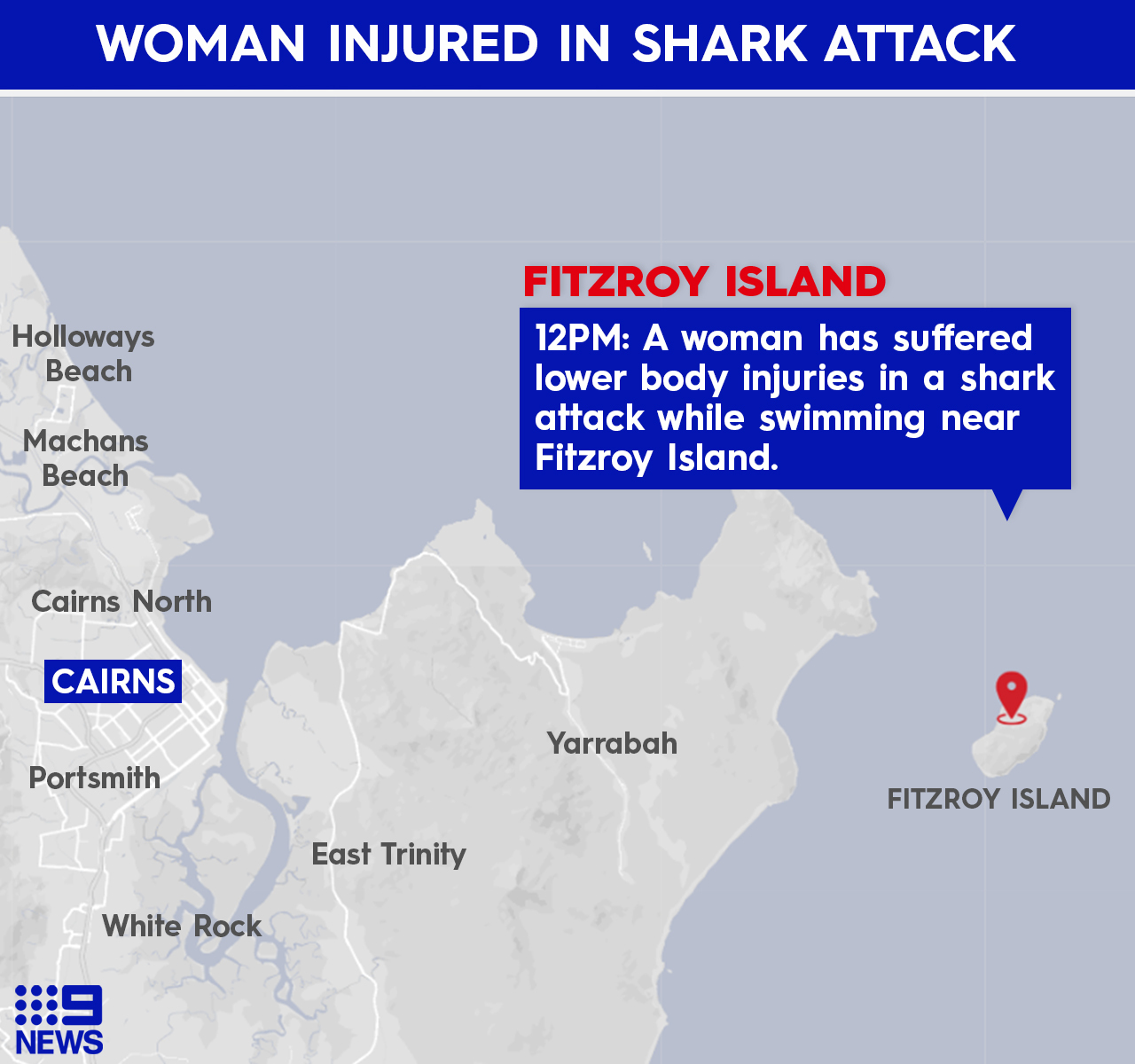 "We found a 29-year-old female with a shark bite to the left lower leg.

"There was doctors on scene at Fitzroy Island, they provided first aid so we just continued that treatment and winched her to Cairns Hospital. 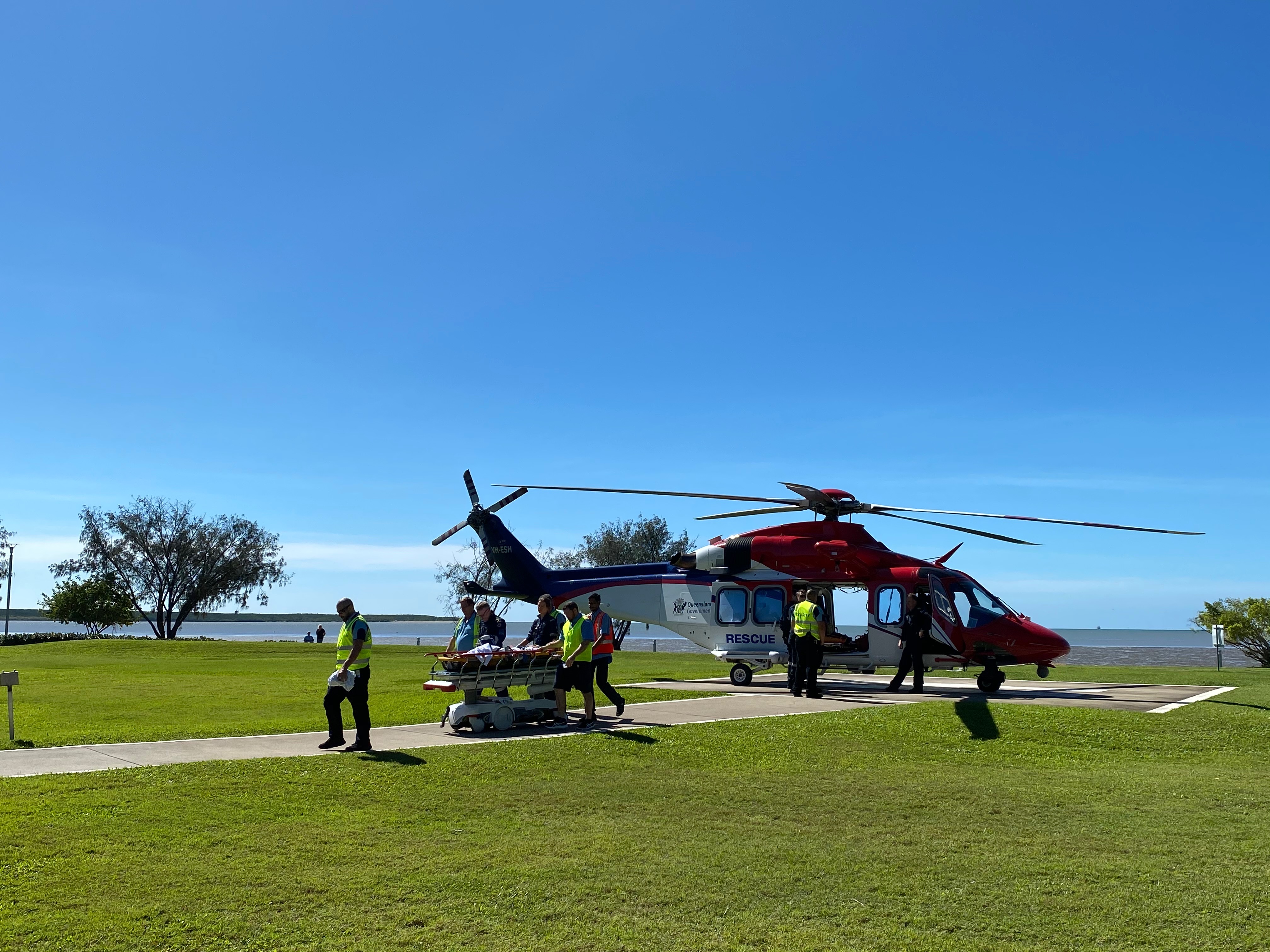 "It's all left lower leg so she ended up with a possible fracture of the ankle and some lacerations from the shark bite."

Paramedics said she arrived at Cairns Hospital about 1.15pm in a stable condition.

The woman appeared to be in good spirits, shouting "I still love sharks, they're so beautiful" and waving while being transported from the helicopter to the hospital for treatment. 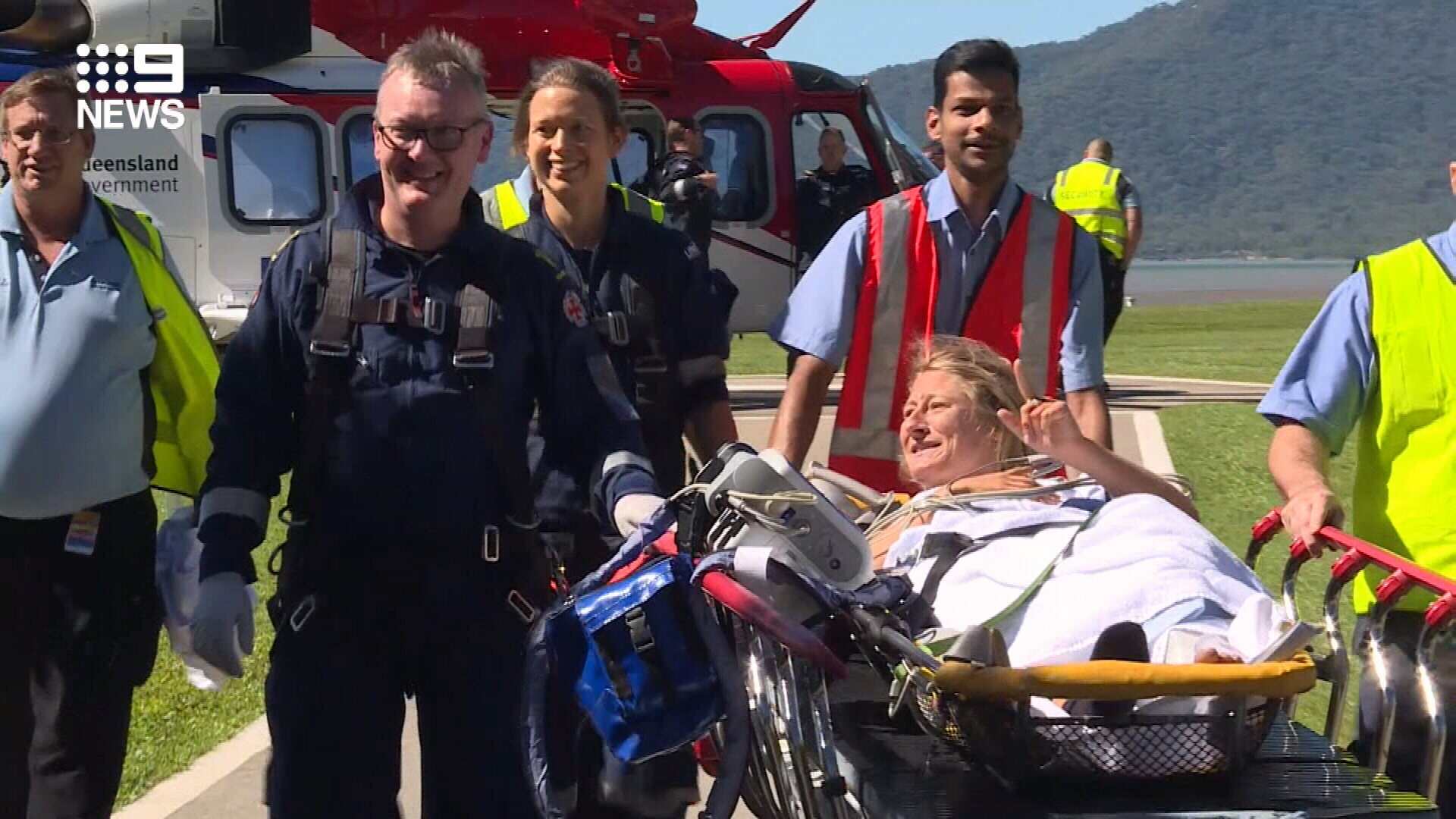 "She's great she's in there (the hospital) smiling and happy."

It is the third reported shark attack off the east coast of Australia in the past nine days.

Sunshine Coast man Matthew Tratt was killed when he was attacked by a shark while spear fishing off Fraser Island on Saturday, July 4.

A week later, Mani Hart-Deville, 15, was fatally mauled by a shark while surfing at Wooli Beach off the NSW north coast.