A video of a confrontation between a woman and a moose in Colorado shows why you shouldn’t try to pet wildlife, no matter how friendly they look.

A video of a confrontation between a woman and a moose in Colorado shows why you shouldn't try to pet wildlife, no matter how friendly they look.

In the video, shot by professional photographer Anna Stonehouse, a woman walks up to a moose by the side of the road in Breckenridge. She reaches out to touch it while all around her, people shout warnings to run away.

The moose turns around and tries to kick her.

"I thought I was going to witness her getting stomped to death!" Stonehouse wrote on Facebook.

When the unidentified woman finally left the moose alone, it wandered over to a bush to nibble some leaves in peace.

The woman received a ticket for harassing wildlife, according to the Colorado Parks and Wildlife Twitter account.

"Oh, do we sound like a broken record? Sorry but we're not sorry. LEAVE WILDLIFE WILD. DO NOT FEED OR PET," the organization wrote.

That guidance is especially important when it comes to moose. 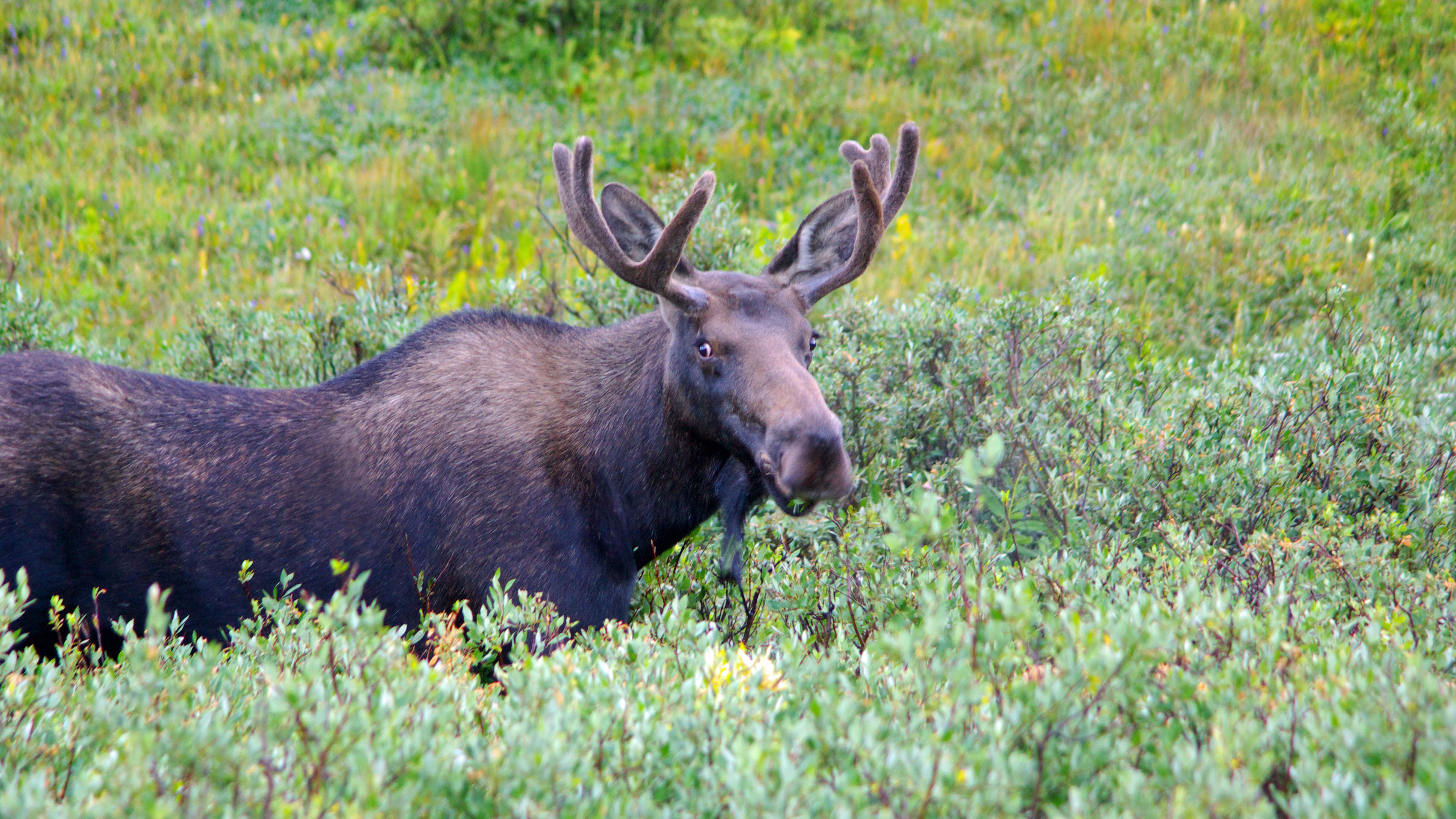 "Each year, more people are attacked by moose than by any other species of wildlife," District Wildlife Manager Elissa Slezak said in a video on the Colorado Parks and Wildlife website.

The agency explained that curious moose often visit mountain towns and suburbs in Colorado. While other animals typically run away when humans approach, moose will stand their ground and charge if they feel threatened.

Especially if humans get in the way of a crunchy snack.