The keen traveller, from rural Victoria, was holidaying in New Zealand with her sister and a friend when a jumble of sounds came out of her month as she spoke.

A tingling sensation in her right hand was Kelsie Saul's only warning she would momentarily lose the ability to speak.

The keen traveller, from rural Victoria, was holidaying in New Zealand with her sister and a friend when a jumble of sounds came out of her month as she spoke. It would be years of silent suffering and misdiagnosis before she learned a 5cm tumour in her brain was causing seizures.

"I would usually get a three to five second warning which consisted of pins and needle like tingling in my right hand," the 28-year-old told nine.com.au of the first experience back in 2017. 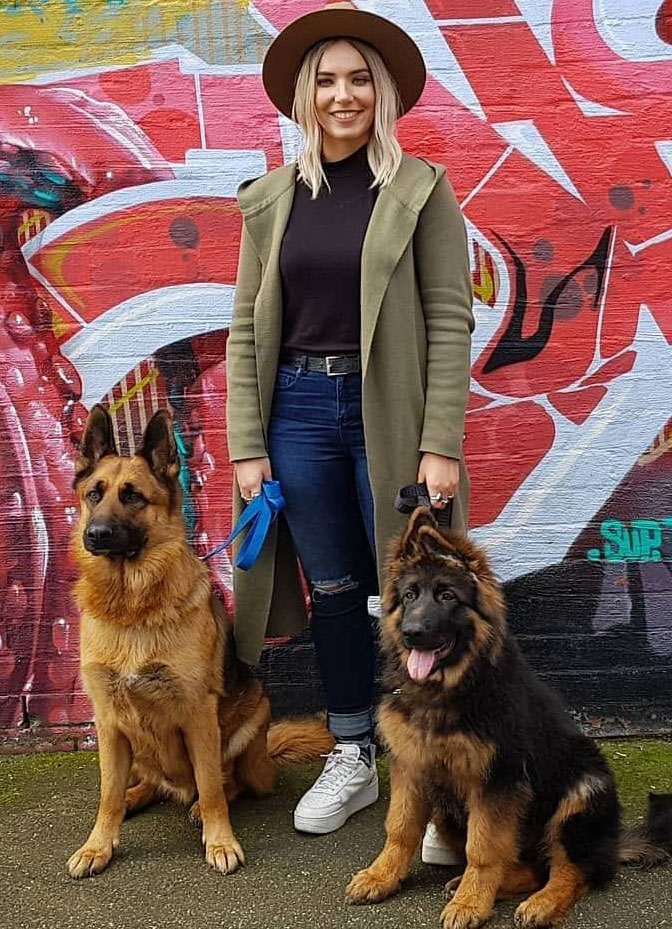 "I would then lose the ability to speak and my lower motor neurons in the right side of my face wouldn't work at all.

"Basically, it felt like I was having a stroke but to look at me you wouldn't know anything was wrong."

Ms Saul said she initially put the health scare down to tiredness as the trio had been driving all day.

Yet, when the symptoms returned three months later - more prominent and lasting longer - she again thought it strange, yet did nothing.

By mid-2017 the siblings had relocated to Canada on a two-year working visa and soon enough, Ms Saul's episodes, as she calls them, were almost an everyday occurrence.

"I saw a doctor in Canada about it at the time and she misdiagnosed me with Migraine Aura … there was no scans of any sort, she just said 'you'll be fine'," she said.

After returning home to Australia in May last year, Ms Saul went to her doctor in her home town of Mallee, in northern Victoria, to get some answers. 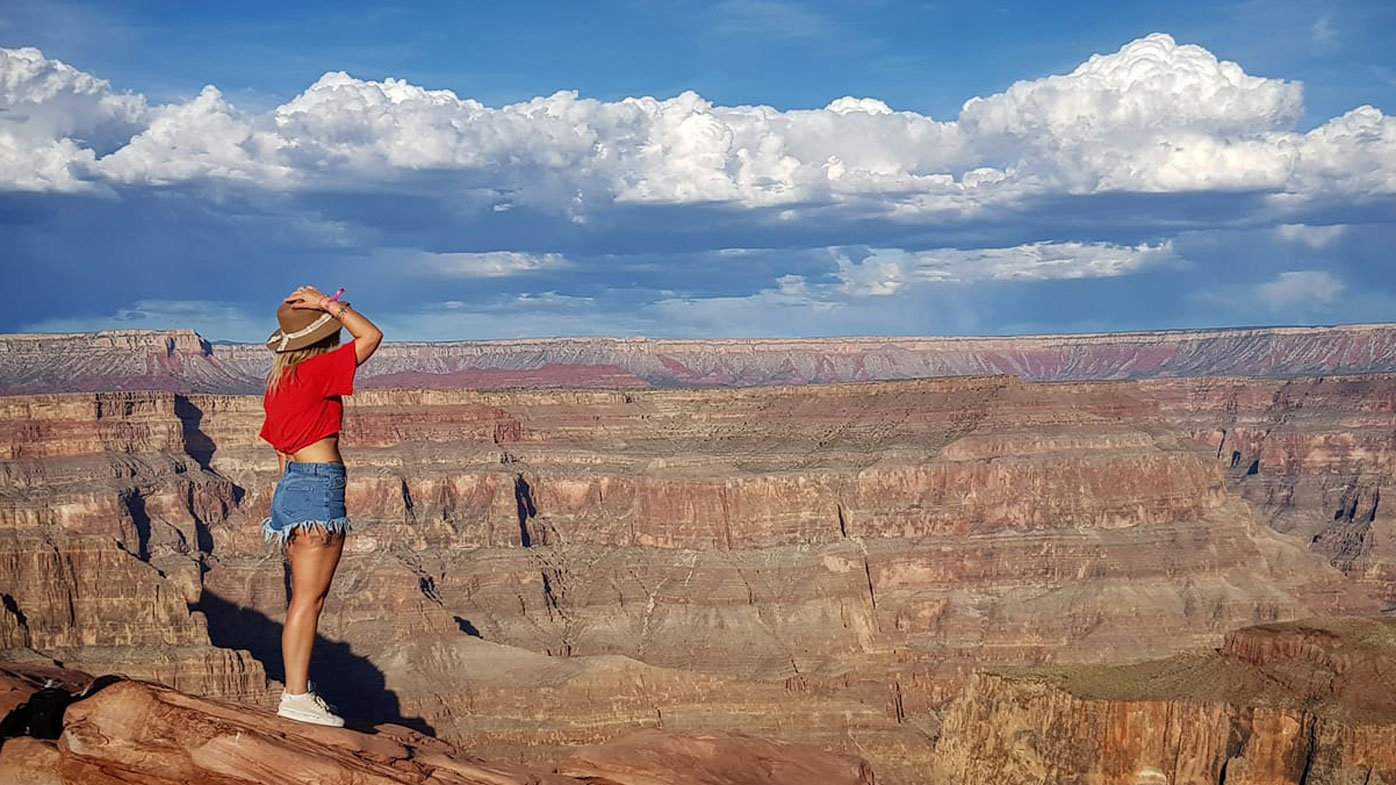 "The doctor I had was a lady I had seen on a number of occasions before I had jetted off abroad. She was incredible. She organised for an appointment with a neurologist and booked me in for an MRI that day," she said.

"After my MRI I was called immediately to come back in. I then knew that something was seriously wrong.  My tumour was very slow growing."

She would learn from her neurosurgeon the 'episodes' were in fact a type of seizure caused by a cystic glioma on the left rear side of her frontal lobe. In November last year, she would undergo surgery and wake with three titanium plates screwed into her skull.

"After the surgery one of my neurologists estimated (the tumour) it could be anywhere between seven to 10 years old but couldn't be sure," she said.

"(I was) very lucky that my test results also returned the wonderful news of it being 100 per cent benign." 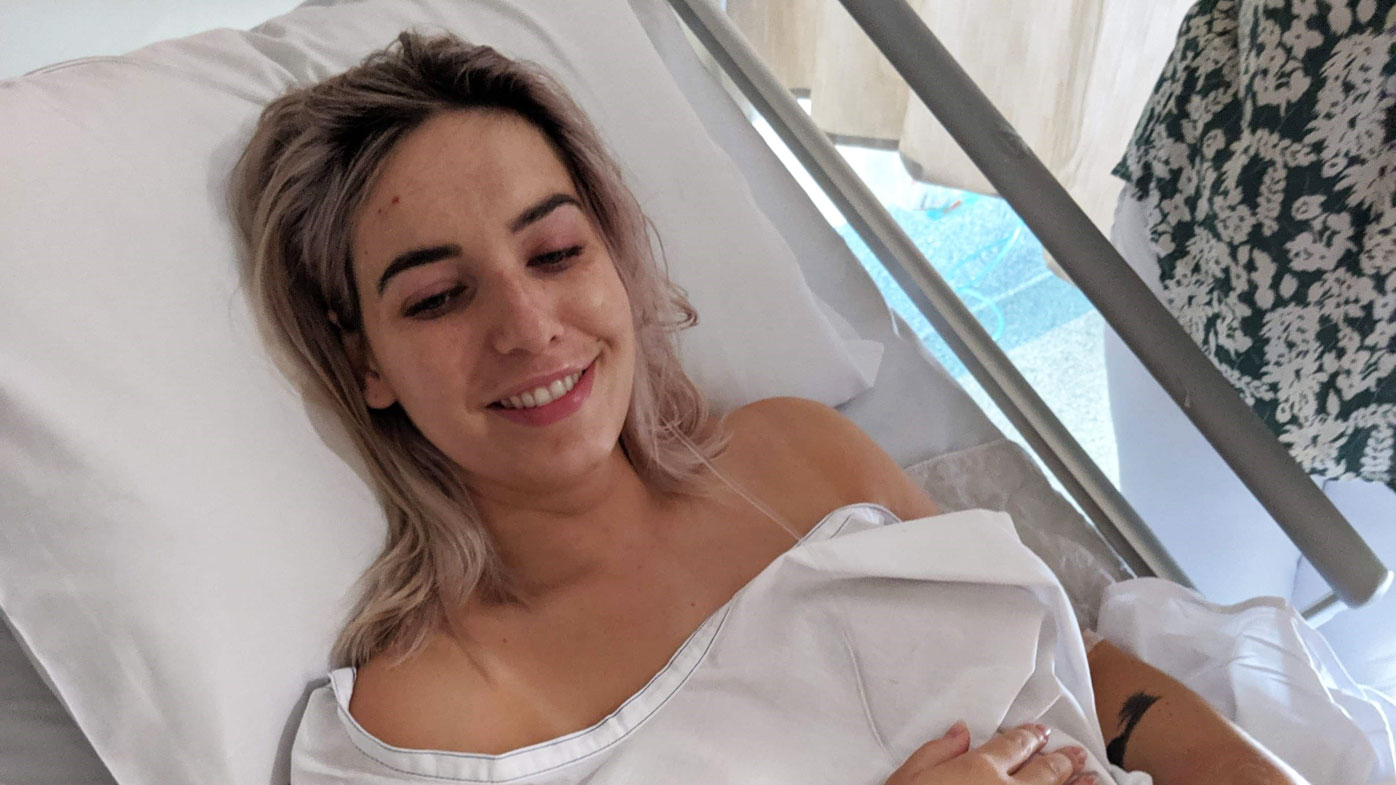 When Ms Saul first learned she needed brain surgery, she told only her nearest and dearest and instead of making public her situation, she kept a notepad beside her bed to document her experience - from day one to day 129.

Her first entry was the word: "F--k". Her second entry was "incoherent blubbering mess", the third entry was about denial. The fourth entry she attempted to face reality, the fifth was about acceptance and sixth was a musing about whether she has any chocolate mousse left in the fridge.

"I wanted to be more than my diagnosis. I like my privacy and because I live in a small town I would not be able to control how fast word would spread or how wide." 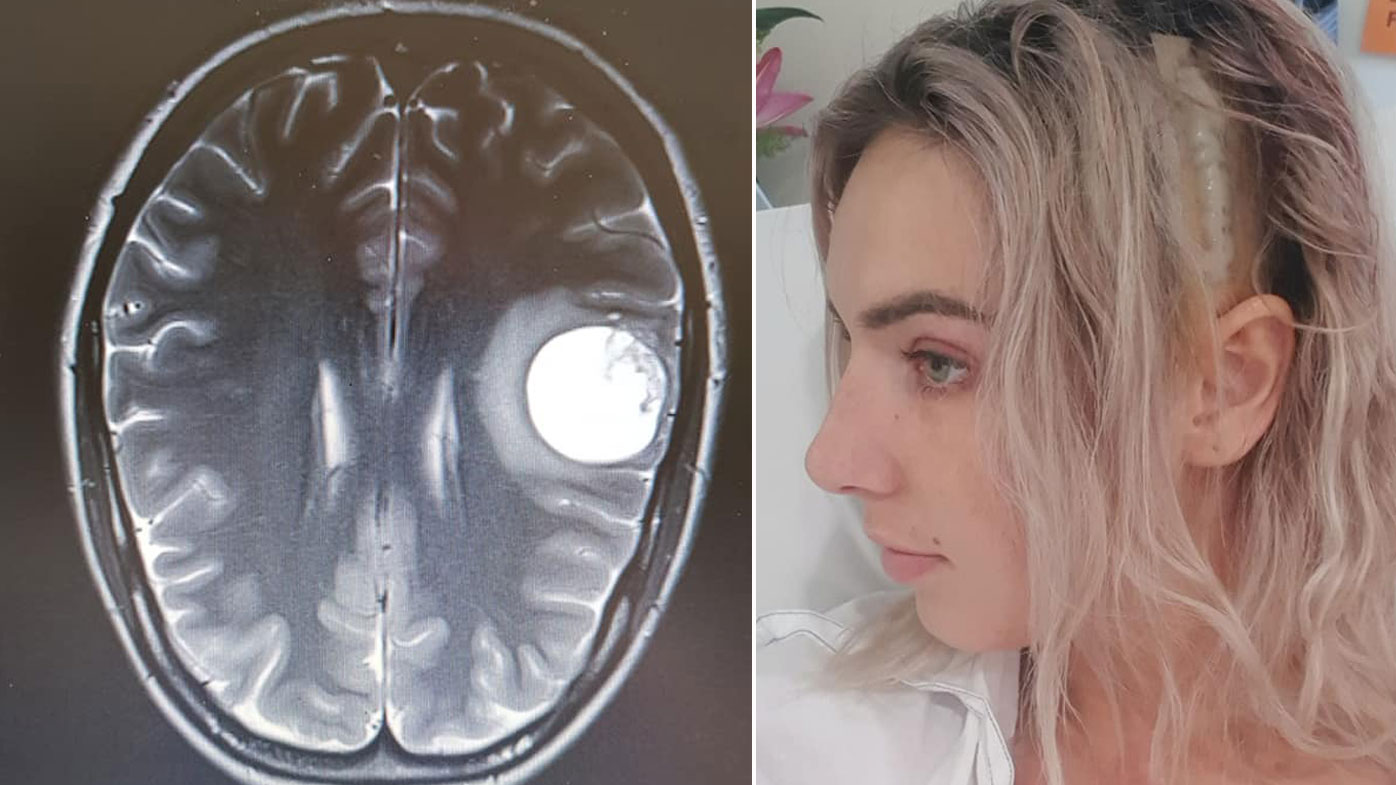 Ms Saul said she chose not to go public with her diagnosis as her family was still coming to terms with the news. At that point, they also didn't know whether the tumour was malignant or benign.

She finally shared her situation on Facebook so to spread awareness about the importance of regular health check-ups and why people should never question "your mind or body if you think something is wrong."

"I found it absolutely staggering the amount of stories I came across from people with either the same or similar experiences that really helped me prepare that I never would have know about had I stayed quiet," she said.

"I was completely overwhelmed. I all of a sudden had hundreds of people contacting me with either stories of their own or with messages of support and offers to drive me places as I am currently unable to drive due to the surgery and medication.

"I also had people sending me messages saying that because of my post, they are going to book in to their doctors and get things checked up on that they have been putting off for a while. Honestly, it's all been so humbling."