A woman who fell to her death from a New York rooftop during a party has been identified as 24-year-old finance worker Cameron Perrelli.

A woman who fell to her death from a New York rooftop during a party has been identified as 24-year-old finance worker Cameron Perrelli.

Ms Perrelli was at a rooftop gathering in the city's East Village early Saturday morning local time when she fell from the ledge, police said.

She was taken to hospital, where she died. 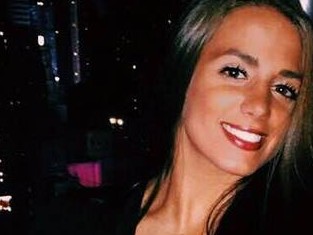 Police said Ms Perrelli had likely been trying to cross to the roof of an adjacent building when she fell.

No criminal investigation has been launched.

Ms Perrelli's family has been left searching for answers.

Her father Louis Perrelli told the New York Daily News she was an "angel".

"She was always the designated driver, the good person, the peacemaker."

Her uncle Michael Perrelli said the family had been told conflicting stories of how she died.

He wondered how she was able to fall at all.

READ MORE: Gravedigger killed as hole he was at bottom off collapses on him

"Don't they have a fence on top of the building? They allow parties?" he told the Daily News.

Another uncle, Steve Perrelli, posted on Facebook that the family had lost "a true angel".

"I will miss you more than you know," he said.

Local politicians also responded to the death, calling it a reminder that landlords needed to better manage rooftop access.