A woman is in a serious condition in hospital after a tree branch fell on her parked car in Adelaide.

A woman is in a serious condition in hospital after a tree branch fell on her parked car in Adelaide.

The woman had parked her car alongside dozens of others in the bays along South Terrace when the branch cracked off and thumped onto the Volkswagen SUV, shattering the windscreen.

The 53-year-old suffered cuts to her head, neck and arms, while a man in the car escaped serious injury. 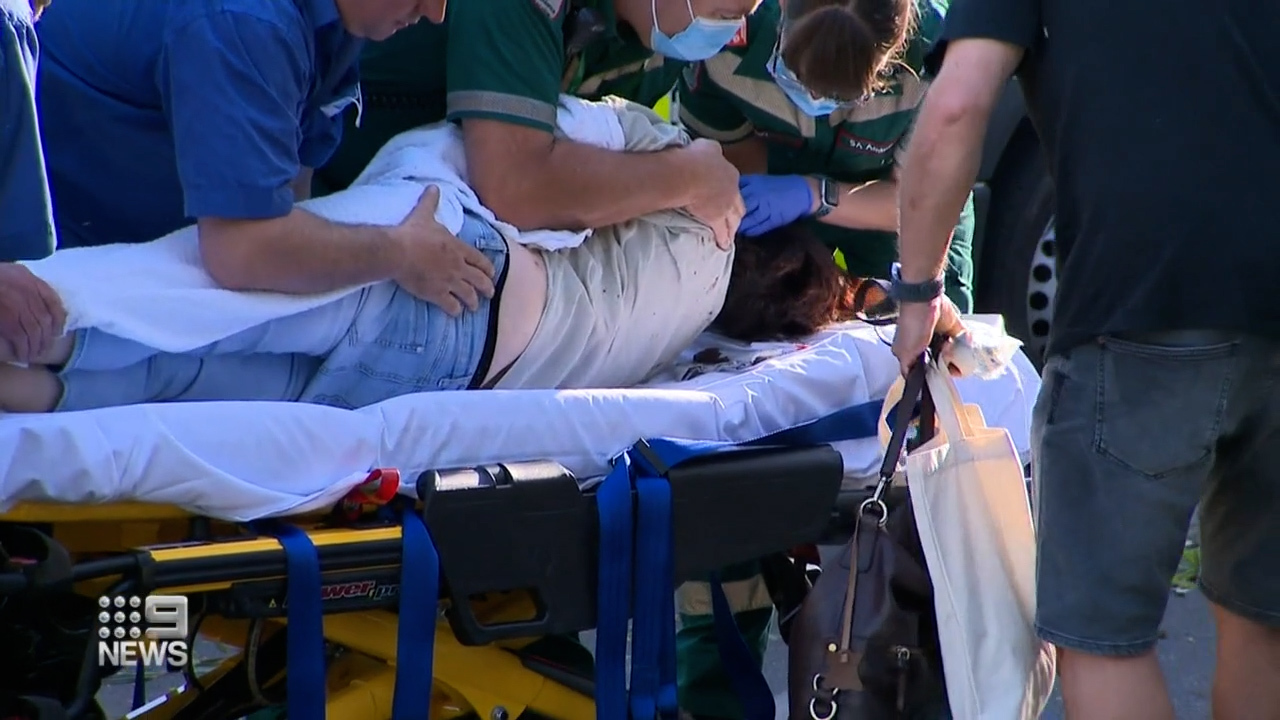 A doctor who had just pulled in to St Andrew's Hospital across the road rushed over to help and provide first aid.

The woman was taken to Royal Adelaide Hospital, where she remains in a serious but stable condition.

She is only the most recent person to have been hit by a falling tree branch in Adelaide, prompting calls for more frequent inspections.

On Saturday, a 57-year-old man was killed and another man injured when a tree branch crashed onto a Surrey Downs pergola. 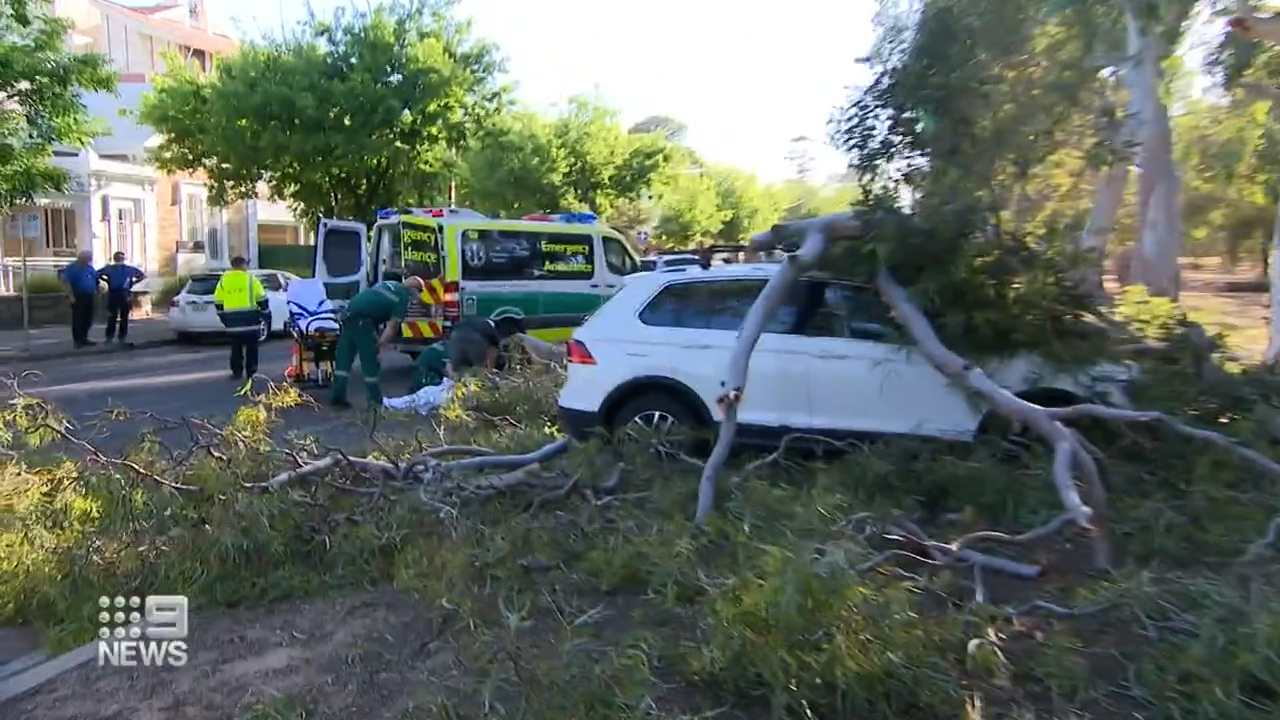 Last month, a woman died when a branch fell on her car as she drove through Stirling.

Councils are being called upon to make more regular and more thorough inspections of trees, to minimise the risk of similar incidents in the future.

An Adelaide City Council spokesperson said trees in the area were checked every year, and that as recently as August, some deadwood had been removed from the tree that broke over the woman's car.

The council believed strong winds caused it to crack this time.

Hot weather, too, has been known to cause gums to drop branches.