Severe thunderstorms will develop over outback areas of South Australia, Queensland, NSW, and Victoria during the next two days, with heavy rain, large hail, destructive wind, and tornadoes all possible.

Severe thunderstorms will develop over outback areas of South Australia, Queensland, NSW, and Victoria during the next two days, with heavy rain, large hail, destructive wind, and tornadoes all possible.

Severe thunderstorms are likely in parts of South Australia, northwest Victoria, far western NSW and western Queensland during Saturday particularly in the afternoon and early evening. 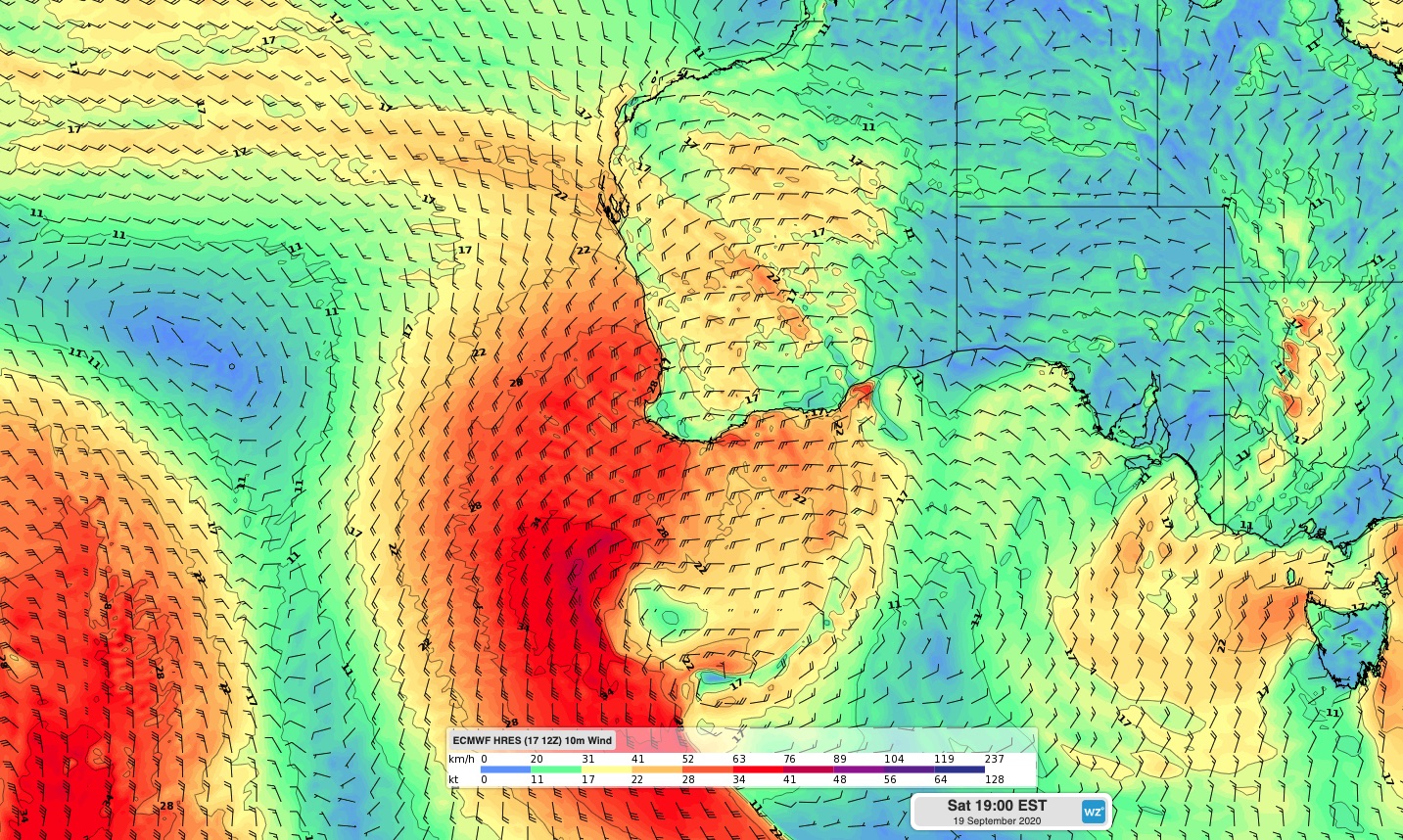 There is a good chance of supercells in some areas, particularly in southwest Queensland, where destructive winds and even tornadoes are possible.

South Australia is set to see the heaviest falls thanks to the low and trough, particularly across eastern parts of the state later in the day.

Meanwhile onshore winds, directed by a high, are bringing coastal showers to northeast Queensland, the Top End and southeast NSW.

A front in the southwest is set to bring rain and gusty winds to southern Western Australia later in the day also.

Daytime temperatures near or above average with highs of 23C in Newcastle, 22C in Canberra and 21C in Sydney and Wollongong.

Moderate to fresh north to northeasterly winds, strong and gusty at times near thunderstorms. 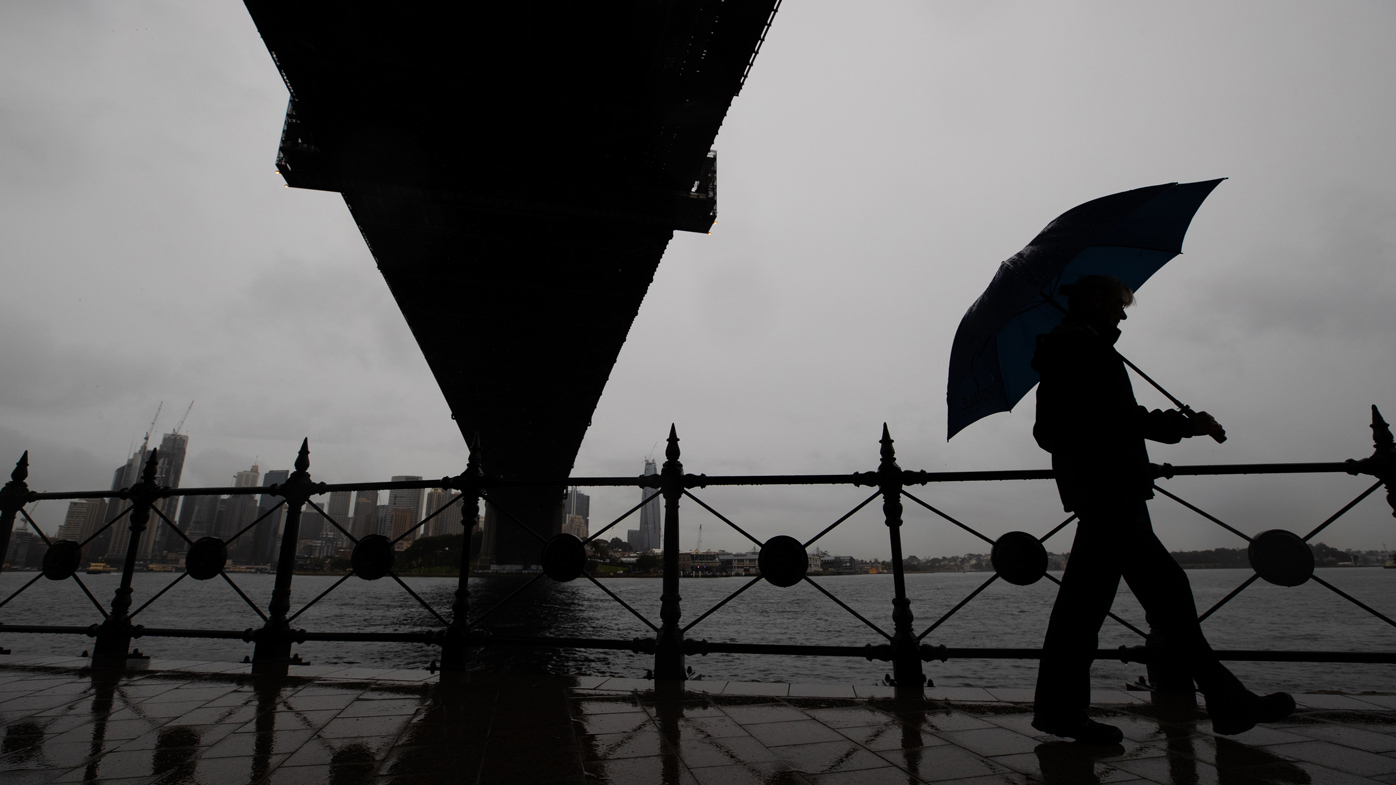 Areas of morning fog in the east. Rain developing about the northwest in the morning, extending statewide during the afternoon and evening, although less likely Gippsland and the Central district.

Isolated thunderstorms extending from the northwest in the afternoon and evening, possibly severe about the Mallee, North Country and Wimmera, with large hail, damaging winds and heavy rainfall possible.

A mild to warm and humid day with highs of 25C in Melbourne, 24C in Bendigo. Moderate to fresh north to northeasterly winds becoming locally strong and gusty about elevated areas.

A Severe Weather Warning for damaging winds is currently in place for people in parts of Central, South West and North Central Forecast Districts.

Damaging winds, averaging 60 to 70 km/h with peak gusts of 90 to 100 km/h are possible about elevated areas (above 500 metres) during the day. Winds are expected to develop about western parts during the afternoon, extending to central parts in the evening.

Top temperature in Hobart of 21C but cooler in the north with just 15C in Smithon. Overnight temperatures will get down to 4C in Hobart, Orford and Launceston, and dropping down to 1C in Geeveston.

East to northeasterly winds, fresh about the northwest and east coasts.

A high to very high chance of rain, showers and thunderstorms east of about Elliston to Marree, with a slight to medium chance of showers over the remainder of the West Coast district and the south of the North West Pastoral district.

READ MORE: What to expect from the 2020 bushfire season

Possible morning fog about parts of the North West Pastoral and Eyre Peninsula. Generally mild with fresh northeast to northwesterly winds turning moderate west to southwesterly in the west.

Top temperatures of 24C in Coober Pedy and Port Augusta with highs of 21C forecast for Adelaide.

A chance of gusty thunderstorms with small hail extending into southern and central parts of the South West Land Division, most likely in the afternoon and evening.

Morning showers over the eastern Eucla.

A hot 33C in Port Hedland with a slightly cooler 27C in Kalgoorlie and dropping to highs of 19C in Perth.

READ:  Fog, fire and storms as Australia gets ready for La Niña

A slight to medium chance of a shower or thunderstorm over the Barkly District, eastern Gregory District, western Carpentaria District and the Top End.

Partly cloudy over the central districts and Top End, sunny elsewhere. Highs of 39C in Kununurra, 35C in Tennant Creek and 33C in Alice Springs.

Light to moderate northeast to northwest winds north of Elliott and in the Barkly District, tending moderate west to southwest elsewhere. Winds fresh to strong and gusty at times south of Barrow Creek during the day.