Australia may be well into September, but the last gasps of winter are lashing out on the nation’s southeast.

Australia may be well into September, but the last gasps of winter are lashing out on the nation's southeast.

The Bureau of Meteorology described today's weather as a "polar plunge".

"Temperatures will feel more like mid-July, not Late September," the Bureau tweeted.

Snow has fallen in South Australia's Mid-North region, with residents of Peterborough, Hallett and Mount Lofty waking to a dusting.

Melbourne is even cooler, forecast to peak at just 12 degrees today. Snow will be recorded above 700m in Victoria, the Bureau reports. 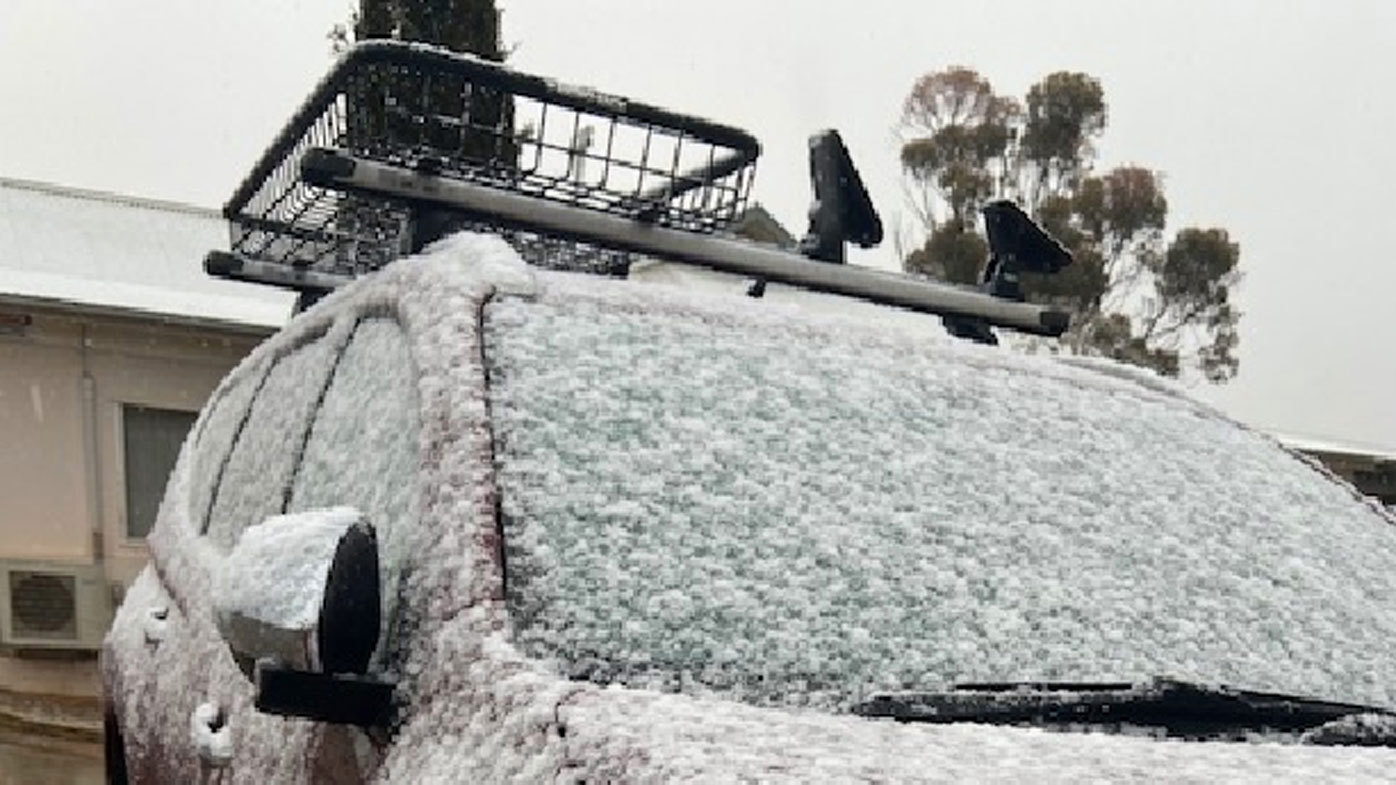 Tomorrow temperatures will peak at 13 degrees.

School holidays in Canberra will begin tomorrow on a frigid note. Temperatures are forecast between 2C and 11C tomorrow. The nation's capital will go below freezing on Sunday.

Hobart will be between 6C and 12C tomorrow with possible showers.

In Sydney, a maximum of 19C is forecast tomorrow, a drop from today's sunny but windy 25C.

Brisbane, Perth and Darwin will be spared from the cold snap.

The Queensland capital will peak at 26C tomorrow. In Perth, it will be a showery 22C. Darwin meanwhile is facing a potentially stormy 33C.