A continuous cough, a high temperature – since the Covid-19 outbreak, we’ve been told to look out for these two key symptoms of coronavirus. Now, the government has added another one to the mix: anosmia, or loss of smell.But the lead resear…

A continuous cough, a high temperature – since the Covid-19 outbreak, we’ve been told to look out for these two key symptoms of coronavirus. Now, the government has added another one to the mix: anosmia, or loss of smell.

But the lead researcher behind the Covid-19 Symptom Tracker app, which more than 1.8 million individuals have used to self-report symptoms, believes the UK isn’t testing for enough signs of the virus.

Dr Tim Spector, professor of genetic epidemiology at King’s College London, tells HuffPost UK the latest announcement is “very welcome” but “too little, too late”, as other major countries around the world have “had [anosmia] on their lists for about four weeks now”.

The news comes after it was revealed coronavirus may be going undetected in one in four people with symptoms, because they have signs of the virus other than a persistent cough or high temperature.

Prof Spector appeared on Radio 4′s Today programme on Monday morning to say the UK could be missing up to 70,000 people who are infected because they aren’t being tested for a broad range of symptoms.

The danger, he suggested, is that people are being sent back to work and may spread the virus around because they have symptoms of coronavirus that aren’t – as of yet – listed in official UK health guidance.

“At the moment, people are being told to go back to work,” he said. “If they’re a care worker and they’ve got severe muscle pain, or fatigue – things that we know, we’ve shown, are related to being swab positive – this country is missing them all and not only underestimating cases, but putting people at risk.”

Shortly after Prof Spector’s remarks on the Today programme, the chief medical officers for England, Scotland, Wales and Northern Ireland announced that a loss of sense of smell was recognised as an official symptom of coronavirus.

“From today, all individuals should self-isolate if they develop a new continuous cough or fever or anosmia,” they said in a statement. “Anosmia is the loss or a change in your normal sense of smell. It can also affect your sense of taste as the two are closely linked.”

There are other symptoms, however, that have been associated with positive coronavirus test results, said Professor Spector.

Some of these include:

In addition to the symptoms listed above, the World Health Organisation (WHO) also states that headaches, conjunctivitis and discolouration of the fingers or toes are symptoms of the virus. 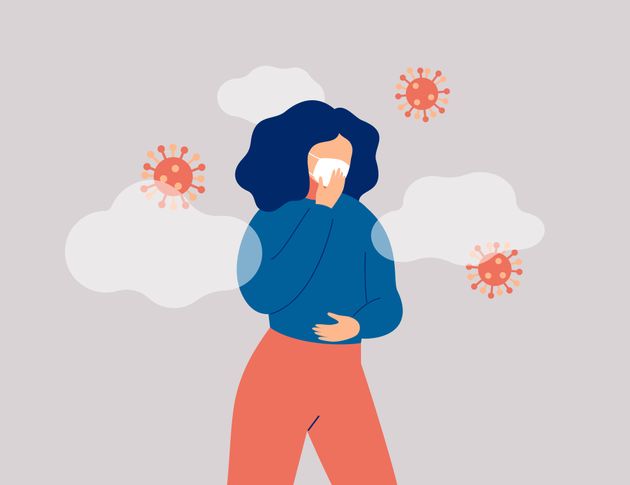 Prof Spector’s work on the Covid-19 symptom tracker app has thrown up some interesting findings so far, he adds: “When we first saw the loss of smell and taste, that was surprise. I think it’s the wide variety of symptoms that’s the biggest shock and the fact they can come and go over a two-week period.

“Many people never have the classic symptoms but can be very unwell. Also that it can last six or seven weeks in one in 20 people.”

HuffPost UK contacted the Department of Health and Social Care about the “wide variety” of coronavirus symptoms. They directed us to Professor Jonathan Van-Tam’s comments in a briefing on Monday.

The deputy chief medical officer for England acknowledged there were a wide list of symptoms. “Are we sure that other symptoms exist? Yes, absolutely,” he said.

“There are quite a wide range of symptoms, including things that you wouldn’t usually associate with a respiratory virus such as abdominal pain and diarrhoea, albeit in small proportions. I want to be clear on that, lots of symptoms exist.”

It’s important to know which symptoms make the interception of cases better or worse, he said, and that “we look for things that are not so common and not specific, that they could cause more confusion than clarity”.

“Fatigue for example, any number of people can report fatigue for any number of reasons,” he said. “It is a genuine symptom of Covid, but it doesn’t serve a purpose in helping us pick out cases.”

Find out more about coronavirus symptoms on the NHS website. At the time of writing, the page had not been updated to list anosmia as an official symptom.