Outside, a thick layer of snow is resting on the ground and whole days are regularly spent below freezing.

Inside, large signs throughout the terminal welcome candidates and campaigns. 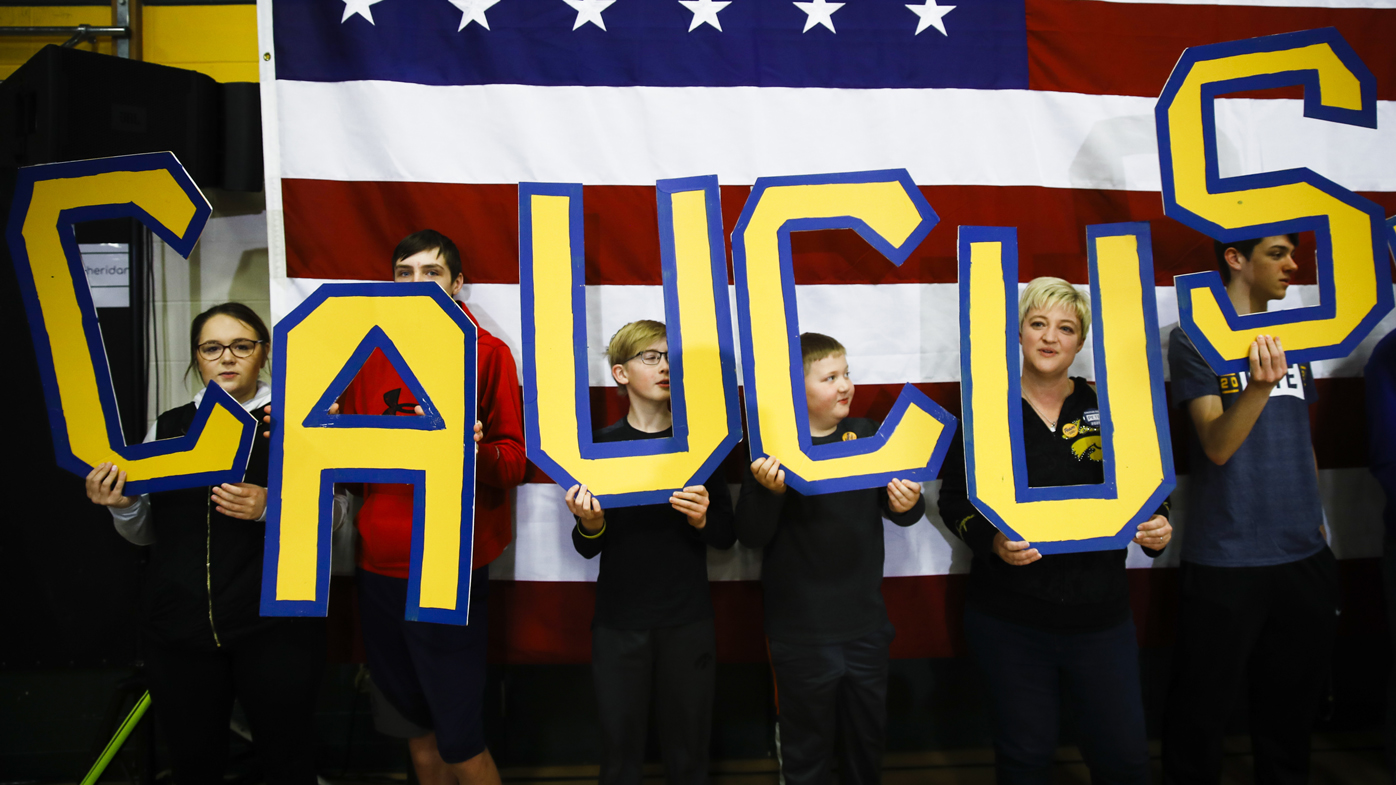 It's caucus season in Iowa and the "Hawkeye State" knows all of America will be watching on Monday night.

So significant, that the last four Democrats to win Iowa have gone on to win the party's nomination.

Democrats across the country are desperate to find someone that can beat Donald Trump in November, and that process starts here among the corn. 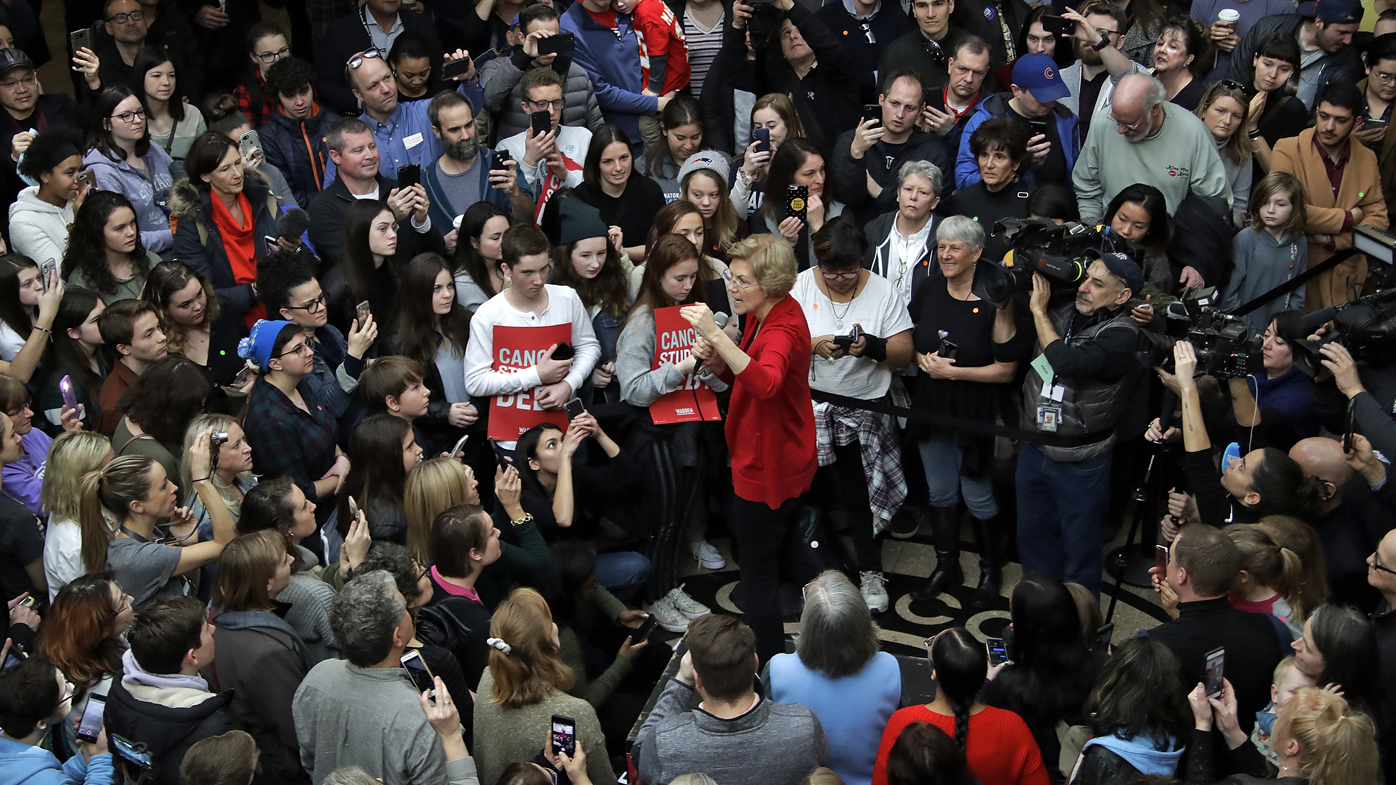 All 50 states conduct their own contest to elect presidential nominees.

Most take a simple vote, but not Iowa.

Instead across almost 1700 school halls, church basements, libraries and community centres, residents will gather on Monday night to caucus.

Caucuses are known as a "gathering of neighbours".

In each venue, representatives of the 10 candidates contesting will attempt to convince voters to side with them.

Then, voters physically choose a side, huddling in groups in designated corners of the hall or gym.

It's often loud and cramped and it's about to get weird.

If a candidate has more than 15 per cent of the caucus-goers in the precinct, then those supporters are locked in.

But if a candidate gets less that 15 per cent, they've failed to meet the viability threshold and the group disbands.

READ:  Family of murdered student shares their pain as teenager is sentenced

Voters in those groups that have broken up can walk across the room to another candidate or simply go home.

Once voters have realigned a final tally will be taken.

Any candidate getting more than 15 per cent of caucus-goers across the state will pick up delegates for the Democratic National Convention, where the formal vote on who takes on Donald Trump will take place.

The system is noisy and complex - campaigns spend months training precinct leaders - but it's also one Iowans are proud of and fiercely defend. 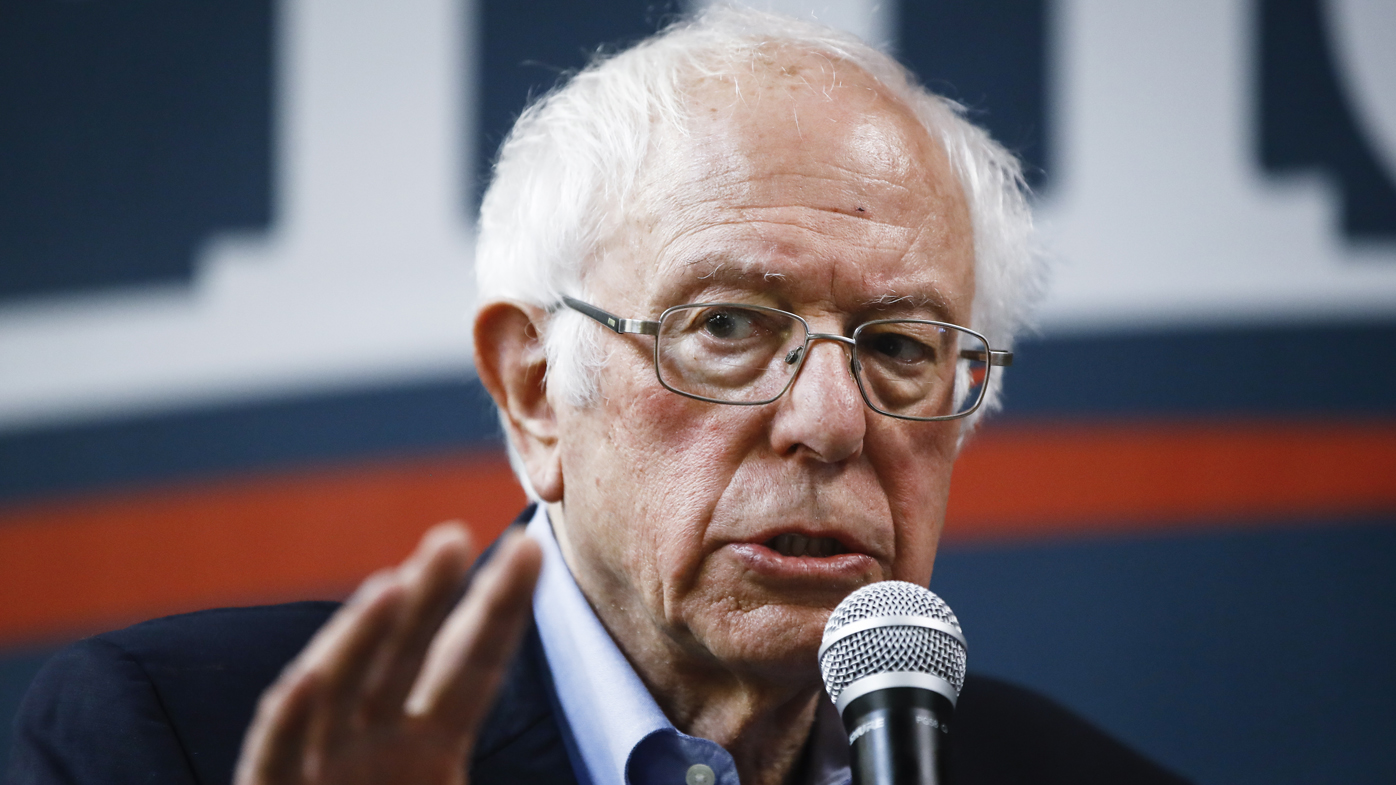 History tells us there are only three tickets out of Iowa.

While not all nominees win Iowa - Donald Trump finished second here in 2016 - it's been generations since a candidate finished outside the top three and went on to win the party's nomination.

As the first contest, a good result in the caucuses earn a candidate media coverage, money and momentum.

All three are crucial as the primary process rolls on over the coming months.

Iowans see this as a litmus test for the race to the White House and take their roles seriously.

Most of the 200,000 people expected to caucus on Monday night will have seen at least one candidate speak in person.

Many will have seen multiple candidates speak.

The campaigning is intimate, largely done throughout 2019 in coffee shops and voters' homes across the state.

The interest is so strong in Iowa that CNN scheduled a national hour-long special to announce the final polling results from the Des Moines Register. The poll was later pulled because of irregularities.

You can't win the nomination here, but you can certainly lose it.

Joe Biden, the former Vice President and current Democratic frontrunner, said if you get 12 per cent in Iowa then you're done. 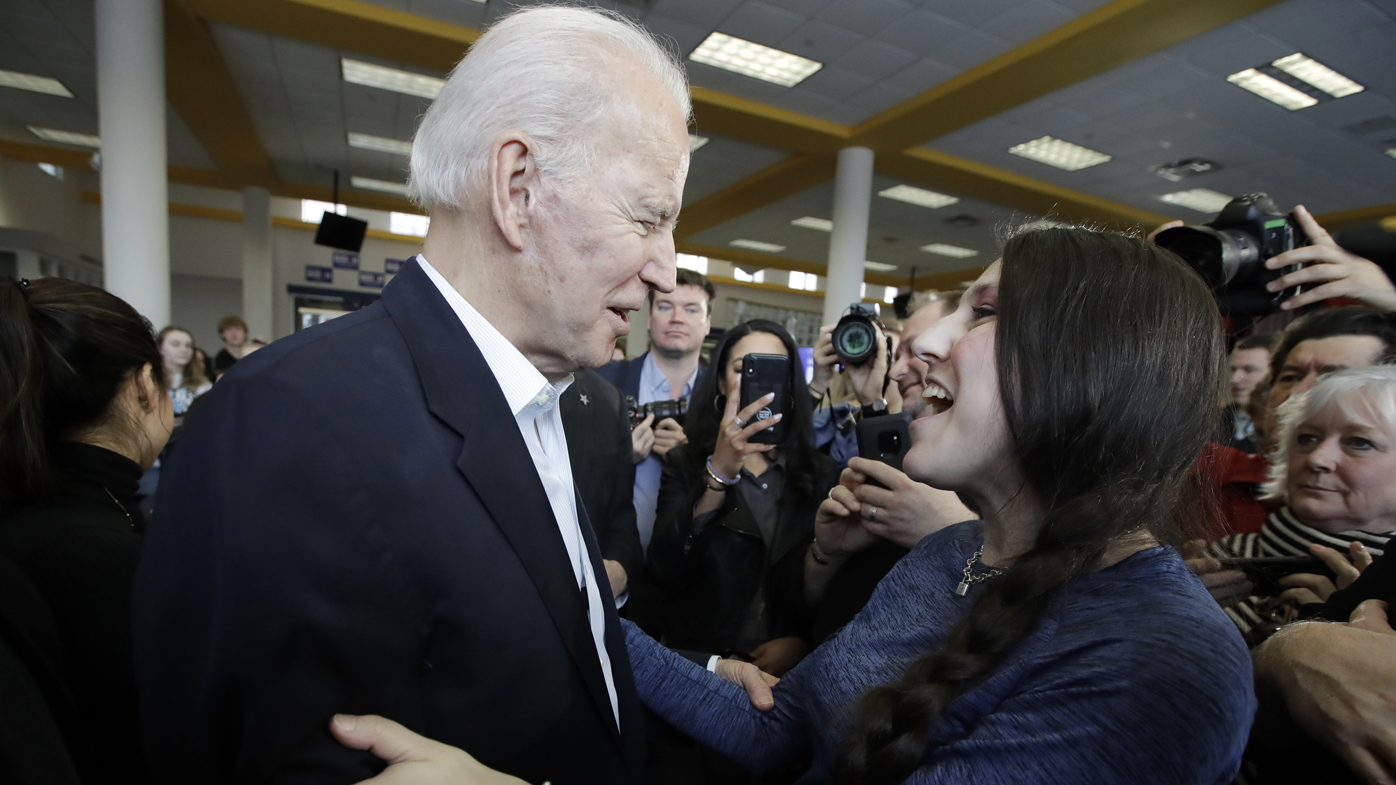 The political context is also a factor.

This year's caucuses come as Donald Trump's impeachment trial plays out in Washington.

As candidates scramble to convince undecided voters in Iowa, the four Senators still in the race have been locked in trial as jurors.

They are due back there Monday in the desperate final hours before the caucuses.

It's an unprecedented wrinkle in the already complicated formula of Iowa.

Remember the saying about three tickets out of Iowa?

Well there are four candidates with a realistic shot of winning Monday night and four into three won't go.

Momentum, at the moment, is with Bernie Sanders.

The 78-year-old fought Hillary Clinton to a virtual tie here in 2016 foreshadowing a much tighter, longer and more bitter contest for the nomination than many expected.

Recent polling has Senator Sanders ahead in Iowa but slightly behind former Mr Biden nationally.

Mr Biden has campaigned on a return to normality, crossing Iowa by bus in his "soul of the nation" tour.

The most established campaign machine in Iowa belongs to Senator Elizabeth Warren.

Four months ago, the Massachusetts Senator was on a trajectory for the nomination, but the wind has come out of her sails.

Monday could turn things around.

The fourth candidate is the surprise of the presidential cycle, Mayor Pete Buttigieg.

The 37-year-old Afghanistan veteran, Harvard-educated small town mayor from Indiana is the first openly gay candidate for a major party.

"Mayor Pete", as he's known, has led polls in Iowa in the past and is well-resourced but his improbable run to the White House would require a good result in Iowa. 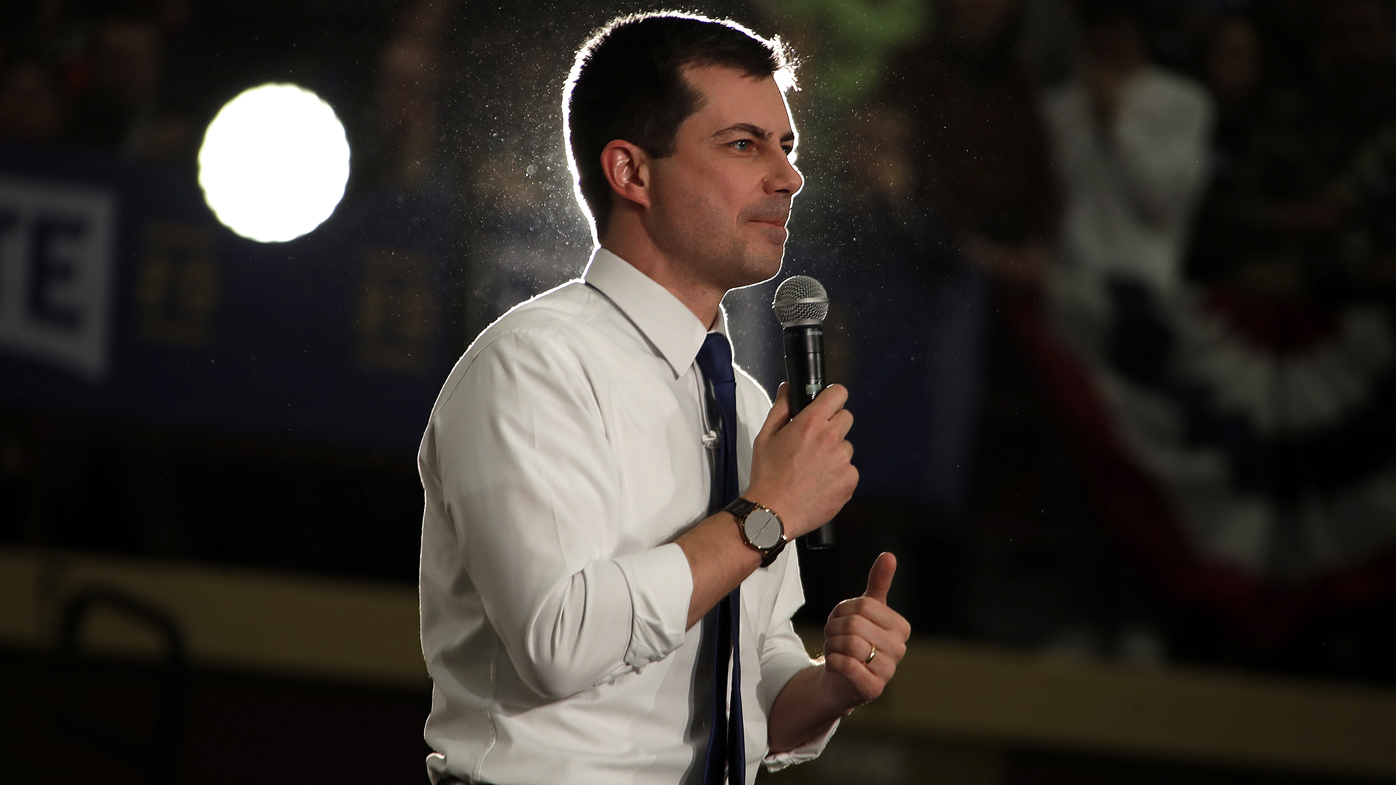 There are 10 candidates still contesting the caucuses, while Mike Bloomberg is running for the nomination but not worrying about the first four states.

It's a far cry from the historically large and diverse field that started the race last year.

This leads to the main criticism of Iowa as the litmus test: diversity.

Iowa is a rural state where corn is king and diversity is rare.

Former Obama cabinet member Julian Castro pointed this out when he suspended his campaign last month. He's been in Iowa this week campaigning for Senator Warren.

It's the reality of the process though, a process fiercely guarded on the ground in Iowa. 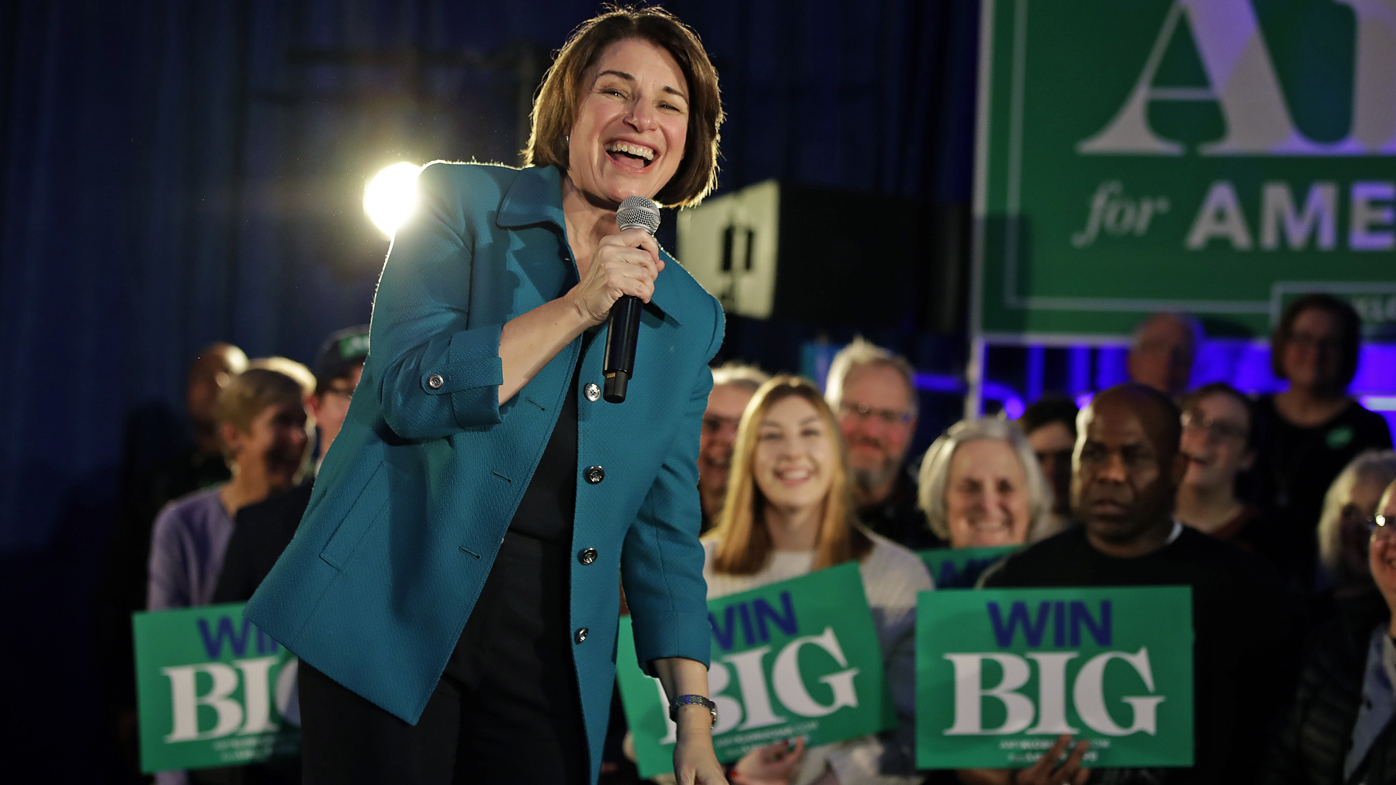 As of 7pm Monday night (around midday tomorrow morning AEDT), months of polls and punditry will count for nothing.

Iowa has a history of throwing up surprises and breaking the hearts of campaigns.

Thousands of hours and millions of dollars have been invested in this small state by campaigns hopeful of emerging as the Democratic standard bearer at the end of July.

Awaiting them is Donald Trump.

The president held a rally in Des Moines last week, a not-so-subtle reminder that this is his country and Iowa is Trump country.

Democrats are desperate to beat the president in November. It's an overwhelming factor in every caucus room across the state.

They're just not settled on how.

The only thing certain in Iowa is there'll be fewer candidates in the race when the night is over.