A mystery encompassing the pernicious spread of a deadly pathogen, an intricate epidemiological puzzle, the opacity of a totalitarian system and the bitter overtones of a superpower rivalry.

A growing storm over the origins in China of COVID-19 has explosive political implications for the United States at home and abroad, as well as the duelling legacies of two presidents that will be defined by the pandemic.

President Joe Biden on Wednesday said he had ordered US intelligence agencies to report in 90 days on whether the virus originated not in animals and spread to humans but might have escaped from a Chinese laboratory.

The move deepened a mystery encompassing the pernicious spread of a deadly pathogen, an intricate epidemiological puzzle, the opacity of a totalitarian system and the bitter overtones of a superpower rivalry. It will fan doubts about the World Health Organisation's capacity to tease out lessons from the current crisis in order to prevent future pandemics.

In the US, it leaves both the former Trump administration and the Biden White House facing calls for transparency about their efforts to establish how the virus started and whether politics tainted their investigative efforts.

If it turns out the virus did escape from a laboratory, former President Donald Trump may be able to claim some vindication.

But it would also highlight how his repeated habit of trashing the truth and bending intelligence to suit his own political ends shattered his credibility on this and other issues.

The focus on the laboratory theory in recent days multiplied calls in Washington for the US to make China pay a price for the pandemic, even before the full extent of its origins are known, adding more toxicity to a geopolitical joust that may spark a new Cold War.

But finding answers will be hard. China has every reason to cover up a virus that stained its prestige as a rising and sophisticated power with nearly 3.5 million people dead worldwide. 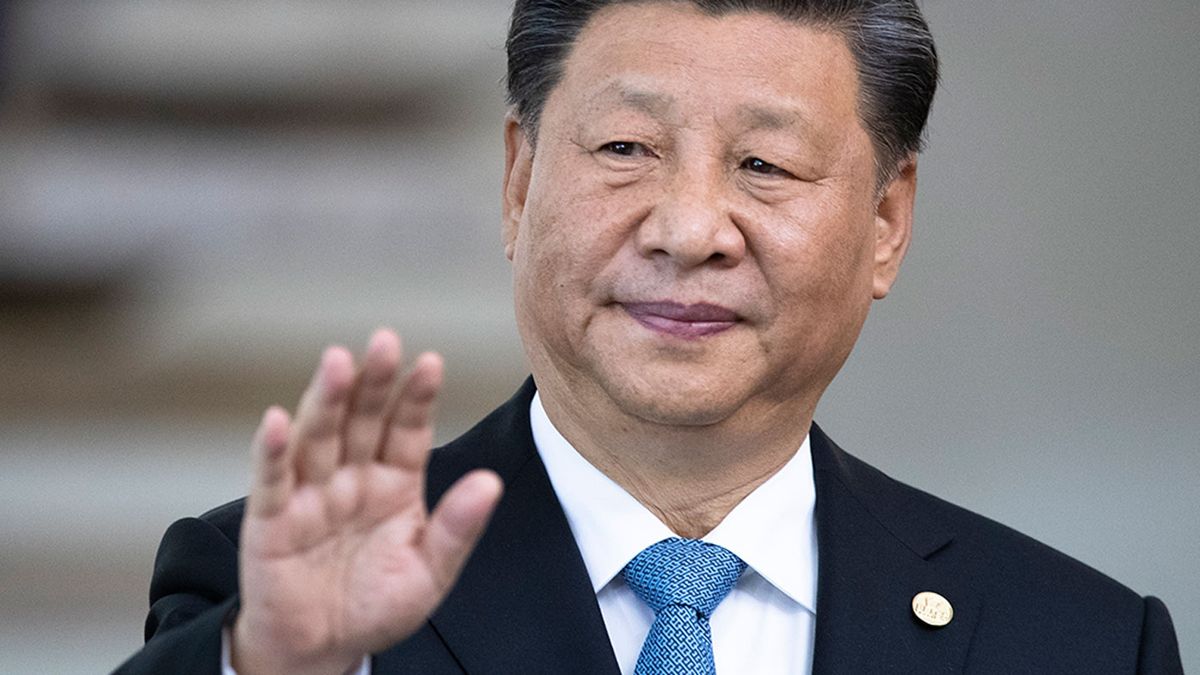 Nationalist leader Xi Jinping and the Communist Party have no time for the shame of culpability that would mar their core case to the world — that their one-party rule is a better fit for the 21st century than democracy — a narrative Mr Biden has publicly vowed to combat.

Facing his own political pressure, Biden laid out two theories seen as "likely" by US intelligence on the origin of the virus in a statement on Wednesday.

The first has long been regarded as the most credible possibility by public health experts — that there was zoonotic spread, possibly from live animals in a "wet" market in the Chinese city of Wuhan, to humans.

But while cautioning there was no definitive conclusion yet, the President said that "one element" of the US intelligence community "leans" toward the possibility that the virus escaped from a laboratory in Wuhan. 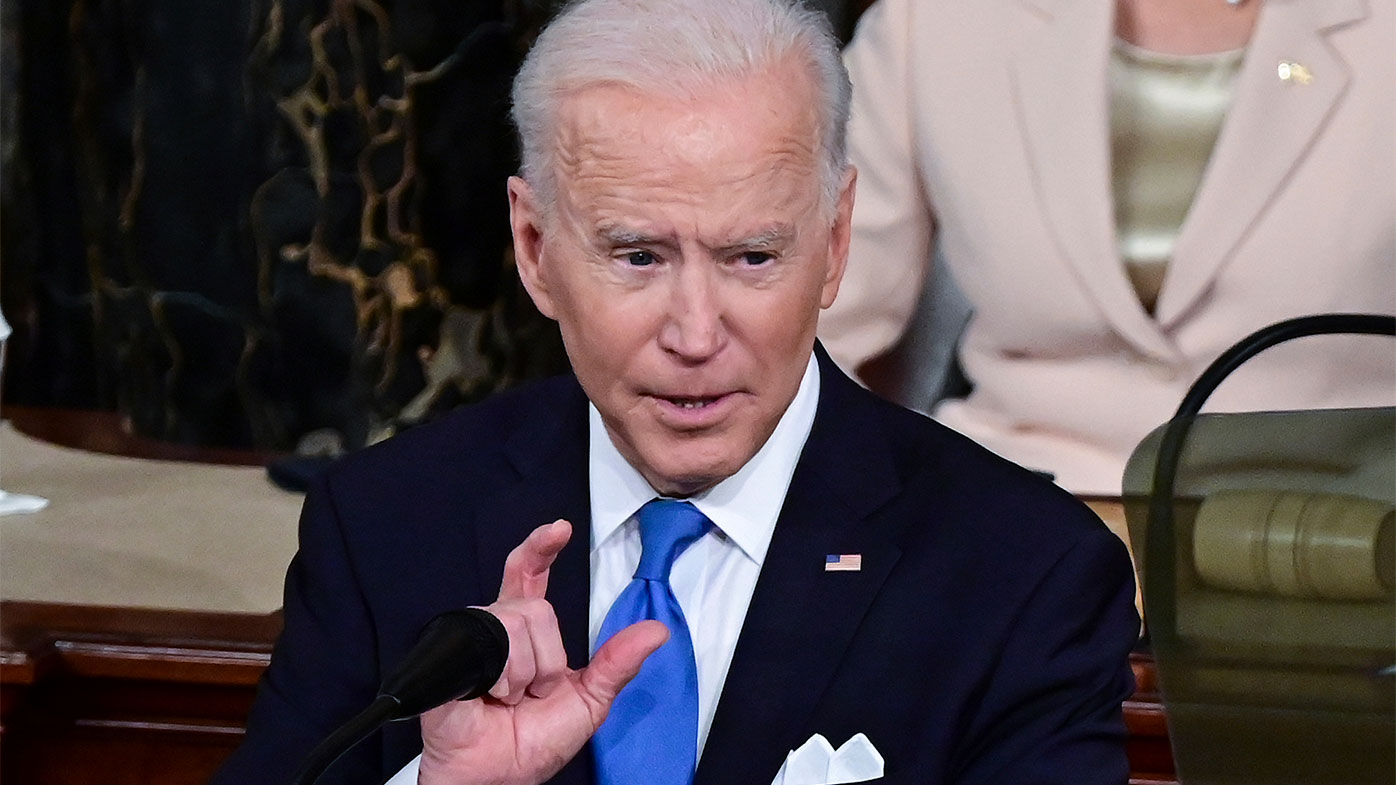 CNN then reported the Biden administration had shut down a probe launched in the waning days of the Trump State Department to prove COVID-19 came from a Chinese lab.

While the State Department later said the inquiry had simply been completed, several sources involved who spoke to CNN said it was their impression there was more work to be done.

The Biden administration is now facing calls to show it took the possibility of Chinese culpability sufficiently seriously, especially since prominent Trump team officials and Republicans are launching a victory lap after last year promoting claims about the Wuhan lab — mostly without any clear evidence.

But Trump supporters also appear to be making another attempt to whitewash the history of his disastrous handling of a pandemic that killed hundreds of thousands on his watch. 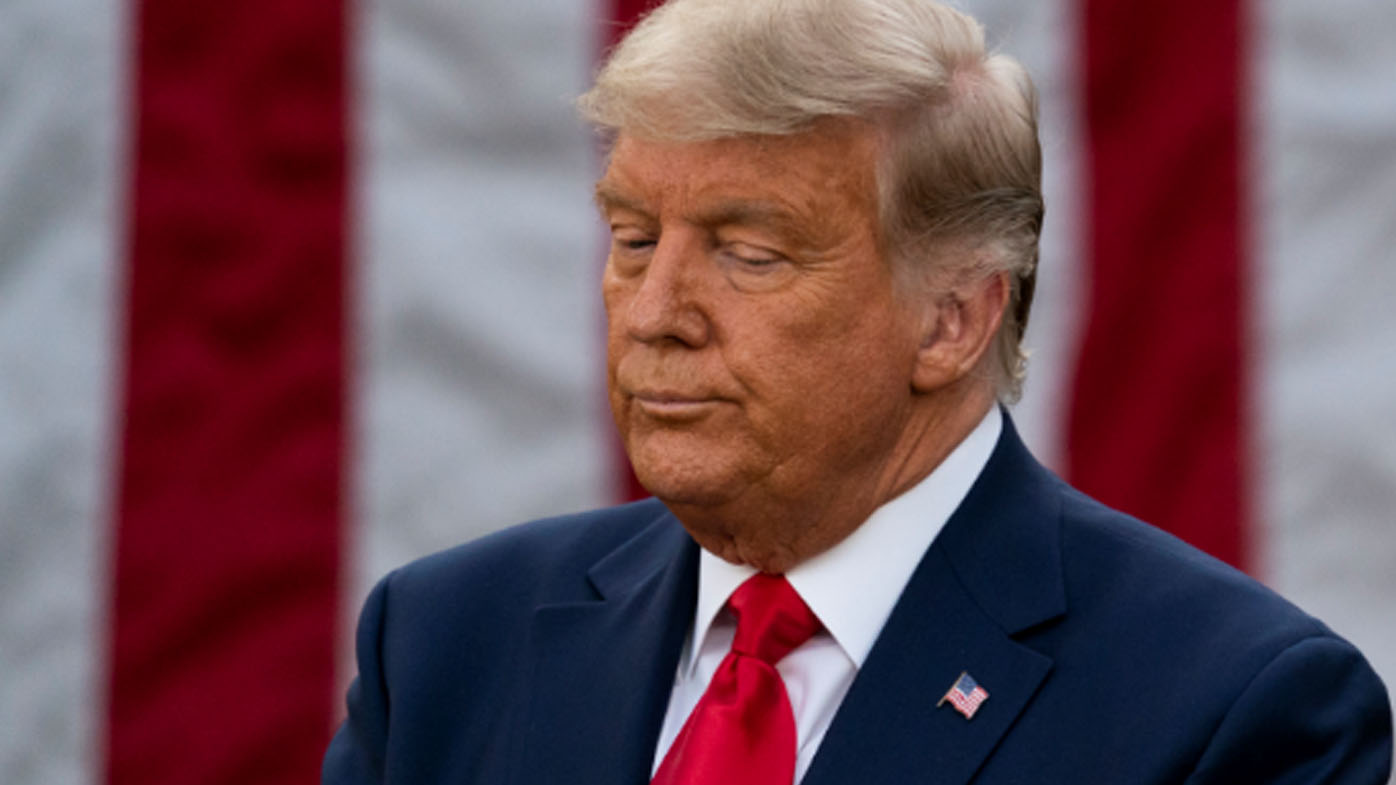 The medical and political priority now is a credible, in-depth, investigation.

Dr Leana Wen, a CNN medical analyst and former Baltimore health commissioner, said on CNN Newsroom that such a probe needed to be based on a scientific method, "which means you don't go into this with a preferred conclusion and then cherry-pick your data to fit that conclusion."

Such concerns are why the Biden administration closed down the probe opened by ex-Secretary of State Mike Pompeo, two sources told CNN's Kylie Atwood.

The Trump administration, facing election-year blame for its botched handling of a pandemic the ex-President long downplayed, had a strong incentive to find Chinese negligence, whatever the real story was.

It also had a record of shaping science and intelligence for political ends and rejecting inconvenient expertise. 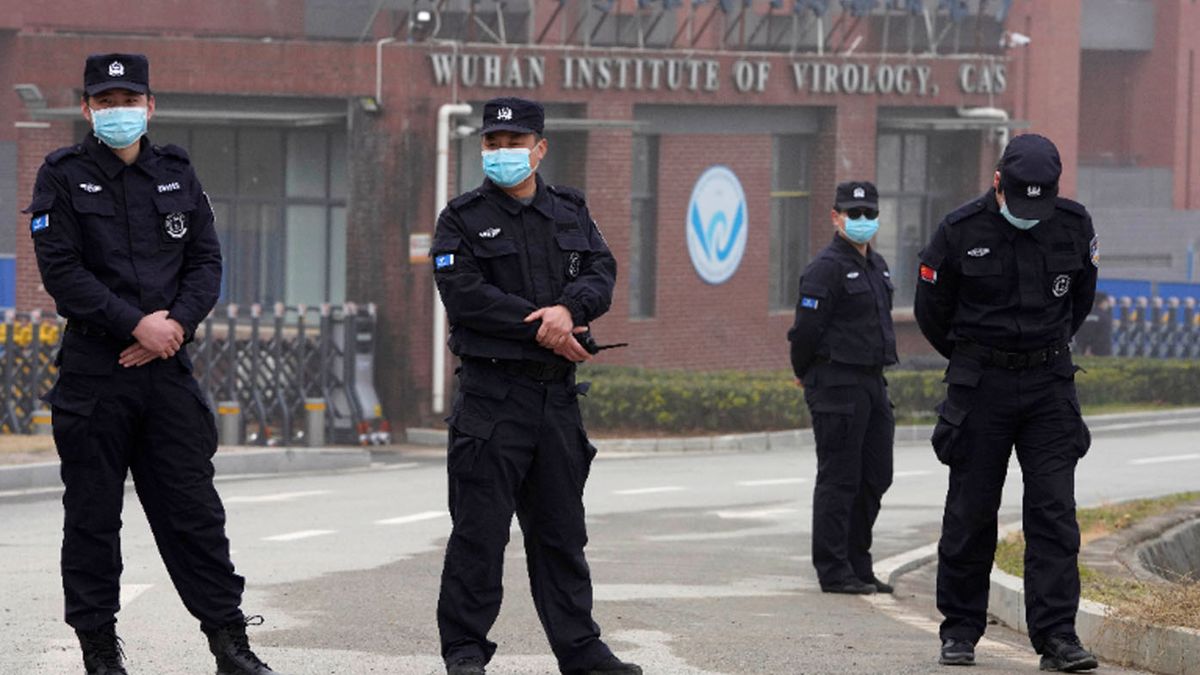 It now falls to the Biden administration to prove that it has the clout and willingness to track down the origin of the virus. There will be questions whether intelligence agencies, given the notorious difficulty of penetrating the Chinese security state, represent the best way of finding the truth.

It is not yet clear whether China fully understands the origin of the virus. And the starting points of pandemics can be difficult to pinpoint.

"Many of us feel that it is more likely that this is a natural occurrence ... where it goes from an animal reservoir to a human. But we don't know 100% the answer to that," Dr Anthony Fauci, the government's top infectious diseases expert, said at a White House COVID-19 briefing on Tuesday.

READ:  A-list musicians over murder of runner, Ahmaud Arbery in US

But the Biden White House does have some political exposure on the issue. Last year, Democrats rebuked Trump for pulling out of the WHO on the grounds that it was dominated by China.

The US rejoined the global body soon after the new President took office. If it turns out Beijing hoodwinked the WHO, which downplayed the laboratory theory, senior Trump officials can claim some vindication.

In recent days, there has been a noticeable hardening of the US line toward the WHO and Beijing, and the White House has been covering its tracks.

"We have been saying that for a very long time that China needed to provide more access to the lab, cooperate more fully with the scientific investigators, and we don't think that they have met that standard," White House principal deputy press secretary Karine Jean-Pierre said on Wednesday.

Andy Slavitt, the White House's COVID-19 coordinator, said on Tuesday that the US needed a "completely transparent process from China".

"We need the WHO to assist in that matter. We don't feel like we have that now," he said.

His comments raised the question of whether the WHO, in its current configuration, has the diplomatic weight and capacity to conduct an investigation that China is likely to obstruct.

"The World Health Organisation is not capable of undertaking this investigation because, frankly, the Chinese won't allow it," Republican Senator Marco Rubio argued on Fox News on Wednesday.

The Florida senator is one of a number of Republicans who may run for president in 2024, and is taking a hard line on China will be part of the price for entry into the primary race. 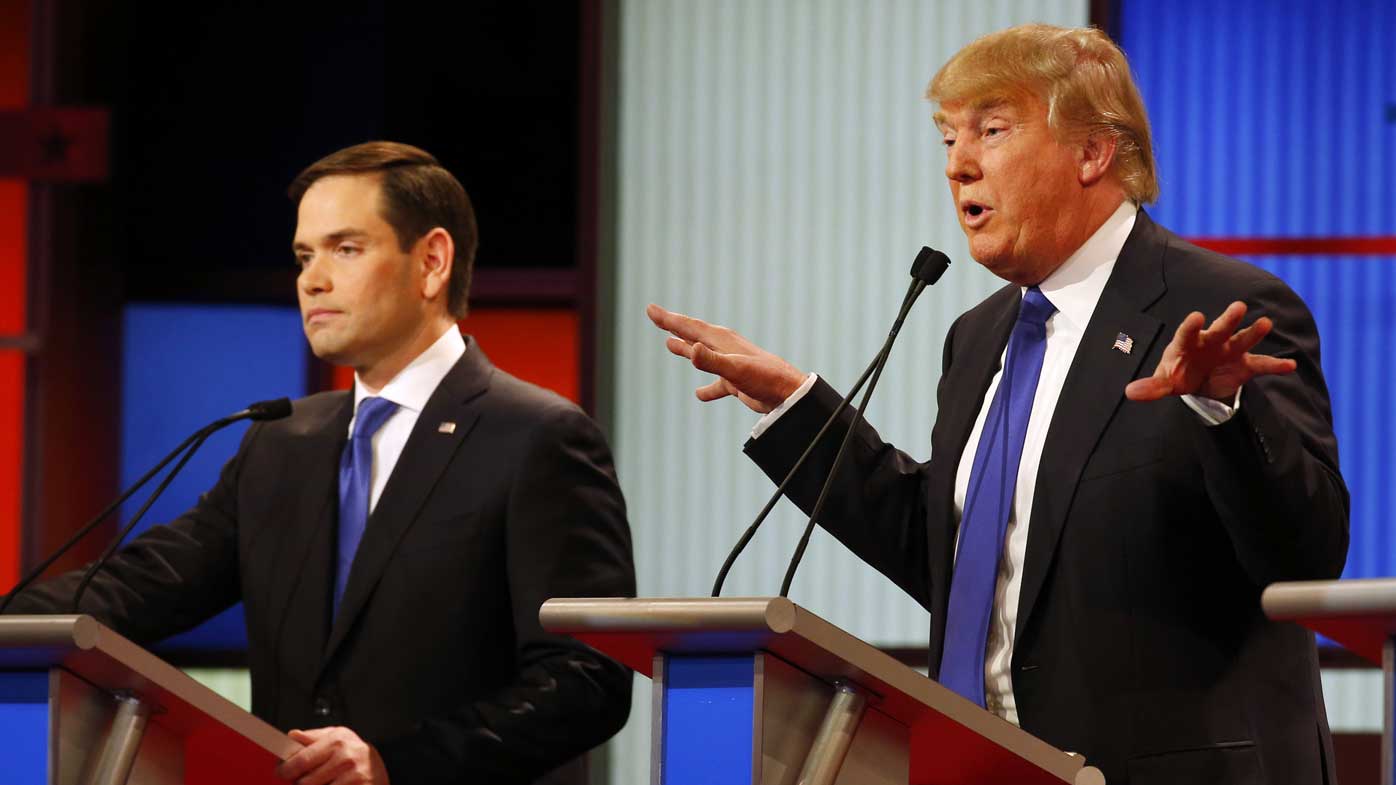 Trump administration veterans and supporters responded to the latest events by claiming they were right to fling accusations at China despite not yet having offered public evidence.

He is asking reasonable questions, even if he has political motives. The Chinese government was tardy in warning the rest of the world of the tragedy that was unfolding in Wuhan.

And the WHO appears to have struggled to secure timely and detailed answers about what was going on in late 2019 and early 2020 as the virus erupted.

Indiana Republican Senator Todd Young told CNN's Jake Tapper on Wednesday that the global health body needed to act fast to reestablish its reputation by persuading China to come up with more data about the origins of the virus.

"I don't see any other way for the World Health Organisation to restore its credibility in the eyes of Americans and many across the world, who have seen them, frankly, place more trust in the Chinese Communist Party leadership and more deference to them than they have to the Western world," he said.

The former head of the US Centres for Disease Control and Prevention Dr Robert Redfield told CNN's Sanjay Gupta in a documentary released in March that the most likely "aetiology of this pathogen in Wuhan was from a laboratory." Like other Trump officials, he could not prove it.

Mr Trump himself gave the impression back in May 2020 that he had some information about the origin of the virus, saying, "Something happened."

The ex-president, however, frequently touted conspiracy theories, hunches and manipulated intelligence and facts to serve his own political argument. He also politicised the virus for his own ends.

So, he was not seen as a particularly credible source. And the question remains — if the Trump team had evidence of the lab theory, why did they not tell the world when they had every incentive to do so?

Claims that Mr Trump was "right" about COVID-19 also distract from his own culpability in mismanaging a virus that he repeatedly said was not a problem.

Whatever COVID-19's origin, history will condemn him for his neglect and denial once it reached US soil. He actually hampered US preparedness early in the crisis because he failed to pressure Beijing for answers.

As he sought a China trade deal to burnish his re-election campaign, Mr Trump fawned over China's President.

He said in early 2020 that the Chinese were "working very hard" and doing "very well." Of Mr Xi, Mr Trump tweeted, "He is strong, sharp and powerfully focused on leading the counterattack on the Coronavirus."

It was only when the impact of the virus became clear on his own election prospects that he changed his tune, bolstering the idea he has a political motivation in blaming China for the pandemic.