It’s as if the world has been turned upside-down, or at least its weather.

It’s as if the world has been turned upside-down, or at least its weather.

You can blame the increasingly familiar polar vortex, which has brought a taste of the Arctic to places where winter often requires no more than a jacket.

Around the North Pole, winter’s ultra-cold air is usually kept bottled up 24 to 48 kilometres high. That's the polar vortex, which spins like a whirling top at the top of the planet. But occasionally something slams against the top, sending the cold air escaping from its Arctic home and heading south.

It’s been happening more often, and scientists are still not completely sure why, but they suggest it's a mix of natural random weather and human-caused climate change.

This particular polar vortex breakdown has been a whopper.

Meteorologists call it one of the biggest, nastiest and longest-lasting ones they've seen, and they’ve been watching since at least the 1950s.

This week’s weather is part of a pattern stretching back to January. 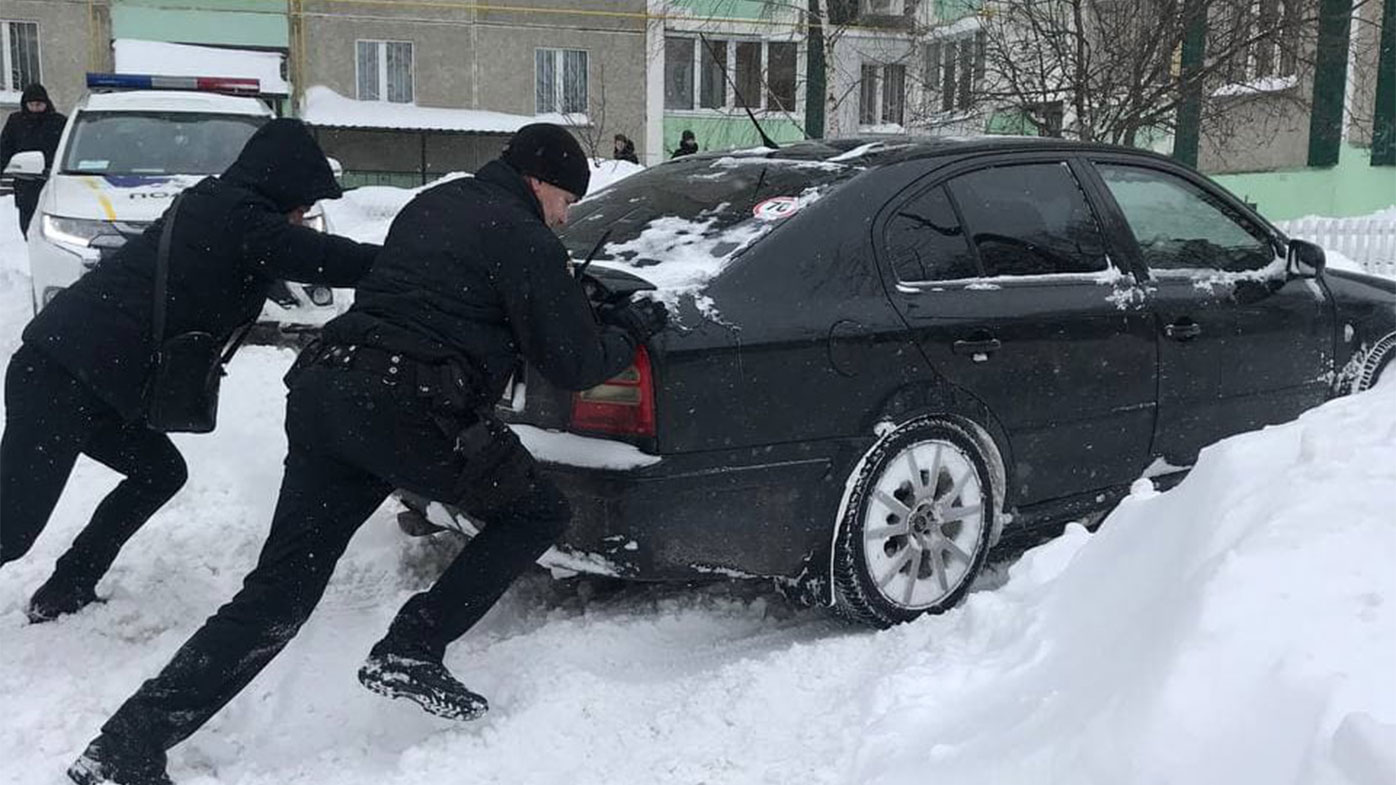 “It’s been a major breakdown,’’ said Jennifer Francis, a climate scientist at the Woodwell Climate Research Center on Cape Cod in the US.

“It really is the cause of all of these crazy weather events in the Northern Hemisphere.”

Record sub-zero temperatures in the US states Texas and Oklahoma knocked millions off the power grid and into deep freezes. A deadly tornado hit North Carolina.

Other parts of the South saw thunder snow and reports of something that seemed like a snow tornado but wasn’t.

READ:  You Might Be Terrified Of Drafting A Will During COVID-19. Here Are The Steps To Do It Anyway.

Snow fell hard not just in Chicago, but in Greece and Turkey, where it’s far less normal. Record cold also hit Europe this winter, earning the name the "Beast from the East.”

“We’ve had everything you could possibly think of in the past week,” said Northern Illinois University meteorology professor Victor Gensini, noting that parts of the US have been 28C colder than normal. 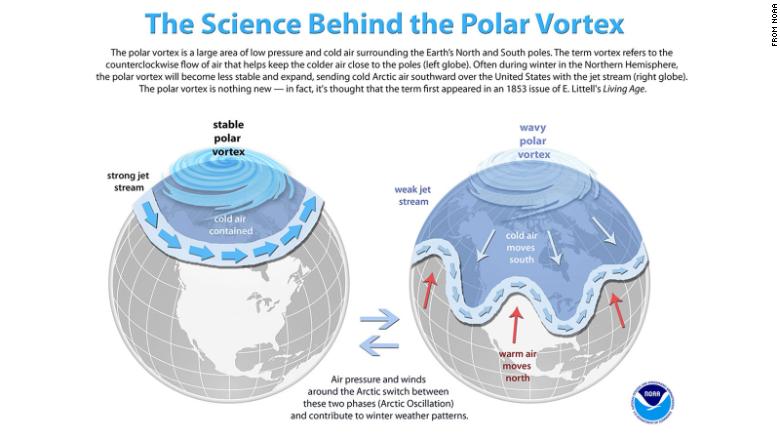 It was warmer Tuesday in parts of Greenland, Alaska, Norway and Sweden than in Texas and Oklahoma. And somehow people in South Florida have been complaining about record warmth that is causing plants to bloom early.

In the eastern Greenland town of Tasiilaq, it’s been about 10C warmer than normal, which “is a bit of a nuisance,” said Lars Rasmussen, a museum curator at the local cultural center.

“The warm weather makes dog sledding and driving on snow scooters a bit of a hassle,” he said.

These used to happen once every other year or so, but research shows they are now close to happening yearly, if not more, said Judah Cohen, a winter storm expert for Atmospheric Environmental Research, a commercial firm outside of Boston.

The spinning top gets toppled 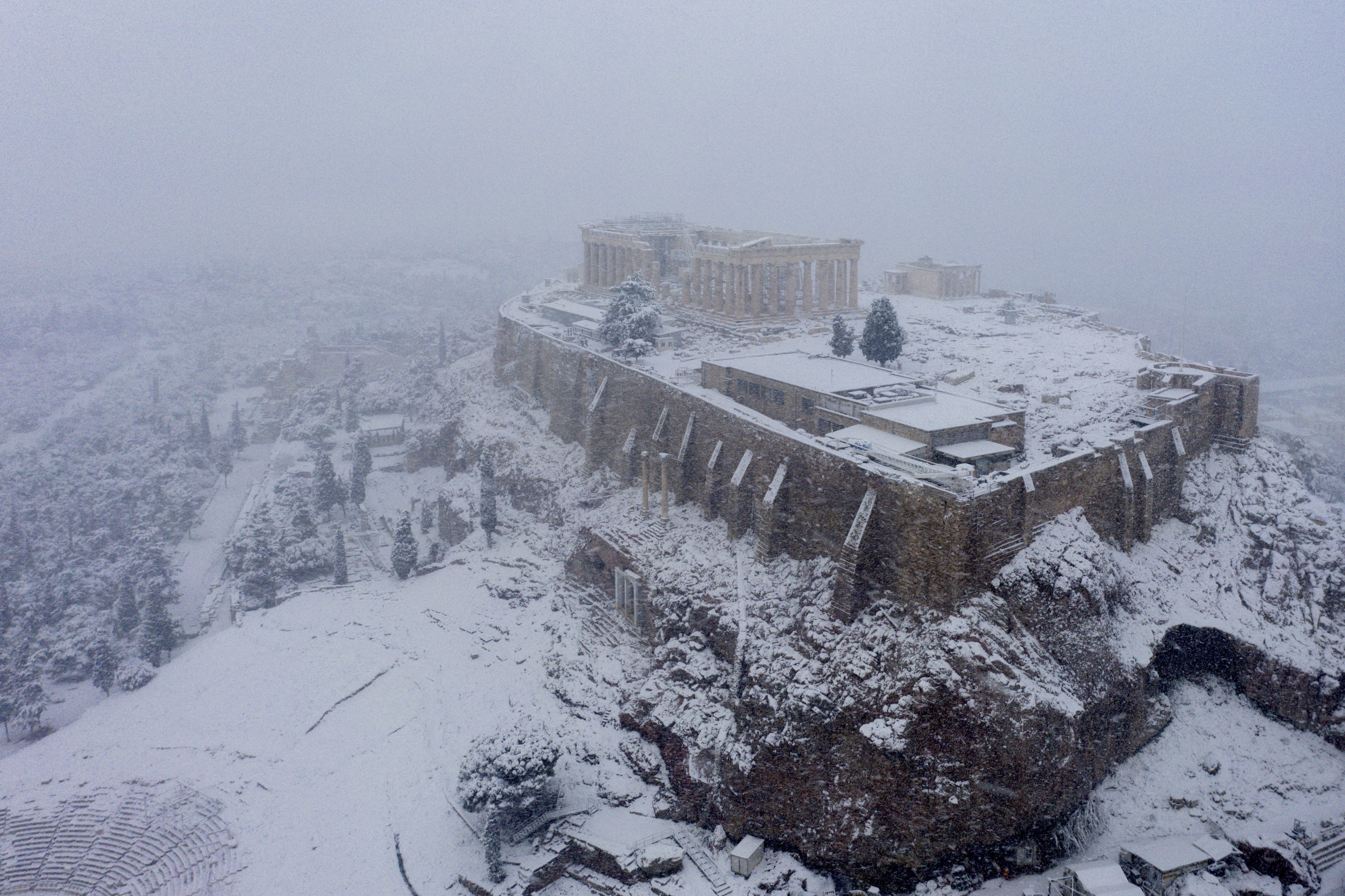 The polar vortex spends winter in its normal place until an atmospheric wave — the type that brings weather patterns here and there — slams into it.

Normally such waves don’t do much to the strong vortex, but occasionally the wave has enough energy to push the spinning top over, and that’s when the frigid air breaks loose, Gensini said.

READ:  NASA headed towards Earth before US Election Day

Sometimes, the cold air mass splits into chunks — an event that usually is connected to big snowstorms in the US East, like a few weeks ago. Other times, it just moves to a new place, which often means bitter cold in parts of Europe.

This time it did both, Cohen said.

There was a split of the vortex in early January and another in mid-January. Then at the end of January came the displacement that caused cold air to spill into Europe and much of the United States, Cohen said.

Both Cohen and Francis said this should be considered not one but three polar vortex disruptions, though some scientists lump it all together.

While both the vortex and the wave that bumped it are natural, and polar vortex breakdowns happen naturally, there is likely an element of climate change at work, but it is not a sure thing that science agrees on, Cohen, Gensini and Francis said.

Warming in the Arctic, with shrinking sea ice, is goosing the atmospheric wave in two places, giving it more energy when it strikes the polar vortex, making it more likely to disrupt the vortex, Cohen said.

“There is evidence that climate change can weaken the polar vortex, which allows more chances for frigid Arctic air to ooze into the Lower 48 (the contiguous US),” said University of Georgia meteorology professor Marshall Shepherd. Pattern has been observed for decades

There were strong polar vortex disruptions and cold outbreaks like this in the 1980s, Cohen said.

“I don’t think it’s unprecedented. This Arctic outbreak has to be thought of in context. The globe is much warmer than it used to be.”

It also feels colder because just before the outbreak, much of the United States was experiencing a milder-than-normal winter, with the ground not even frozen on Christmas Day in Chicago, Gensini said.

The globe as a whole is about the same temperature as the average was from 1979 to 2000 for this time of year, according to the University of Maine’s Climate Re-Analyser.

One reason is that it will soon warm back up to normal when the polar vortex returns to its regular home, Cohen said.

As for people thinking this cold outbreak disproves global warming, scientists say that’s definitely not so.

“What we’re seeing here is we’re pretty unprepared for almost every type of extreme weather. It’s pretty sad," she said.