When the time came to depart this world Linda Chapman always thought that she would be buried in the family plot at Karrakatta Cemetery in Perth. 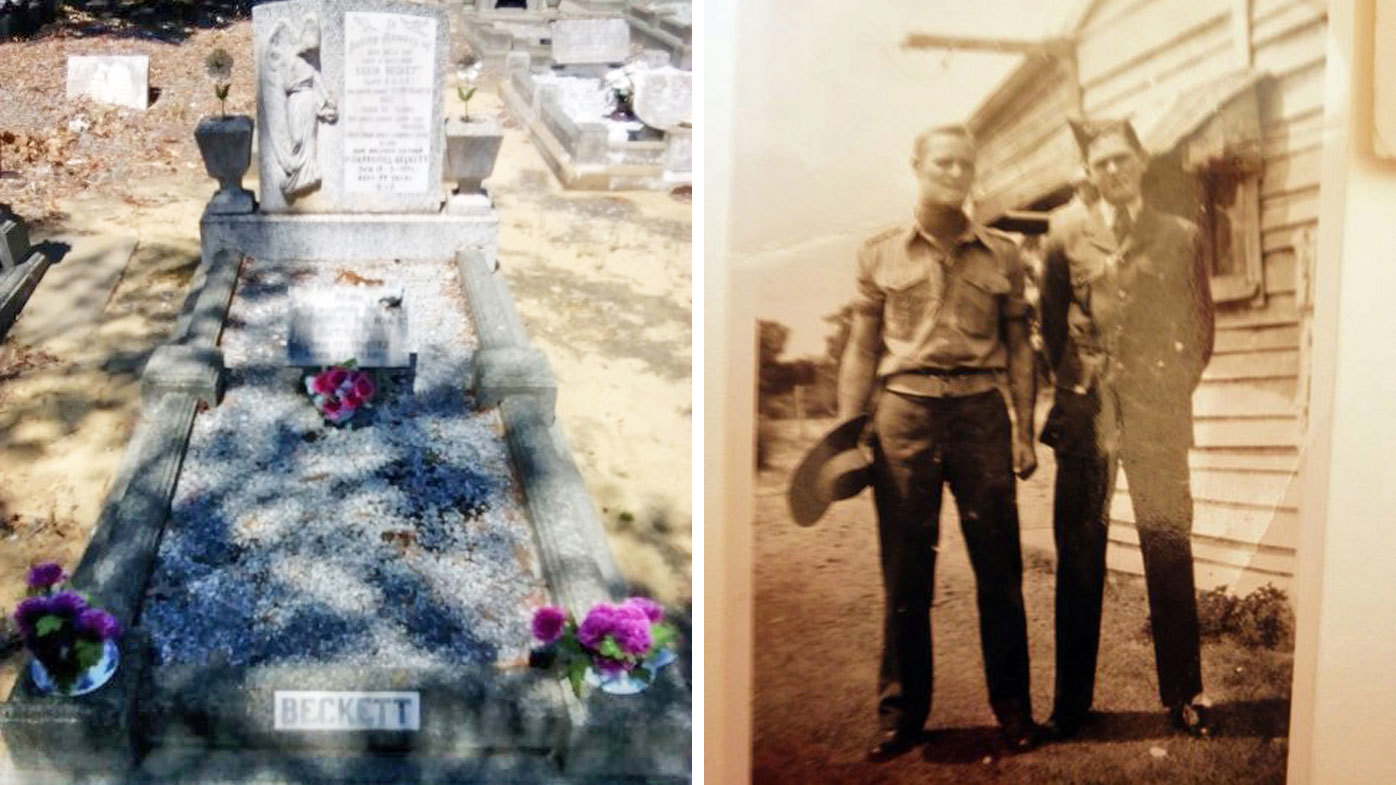 When the time came to depart this world Linda Chapman always thought that she would be buried in the family plot at Karrakatta Cemetery in Perth.

It's where her grandfather, grandmother, uncle and baby cousin were all laid to rest.

The grave is steeped in the colourful and tragic history of her ancestors.

Her grandfather Pizarro Beckett was a WW1 British army veteran who fought and was gassed at the Battle of Passchendaele. He survived and went on to become an early dairy farm settler in WA.

Mr Beckett would later serve with the Australian army in WW2. Her uncle Kevin, who joined the RAAF in WW2, died at just 21 years of age after a devastating accident during a family fight.

Unofficially, some of Ms Chapman's father's ashes are also scattered on the grave.

"When my dad died, I thought he would like it if I put some of his ashes with them. Now, I'm dying of thyroid cancer. I had always thought I would be cremated, and my ashes could go back and be with my grandparents and my family," she told nine.com.au. 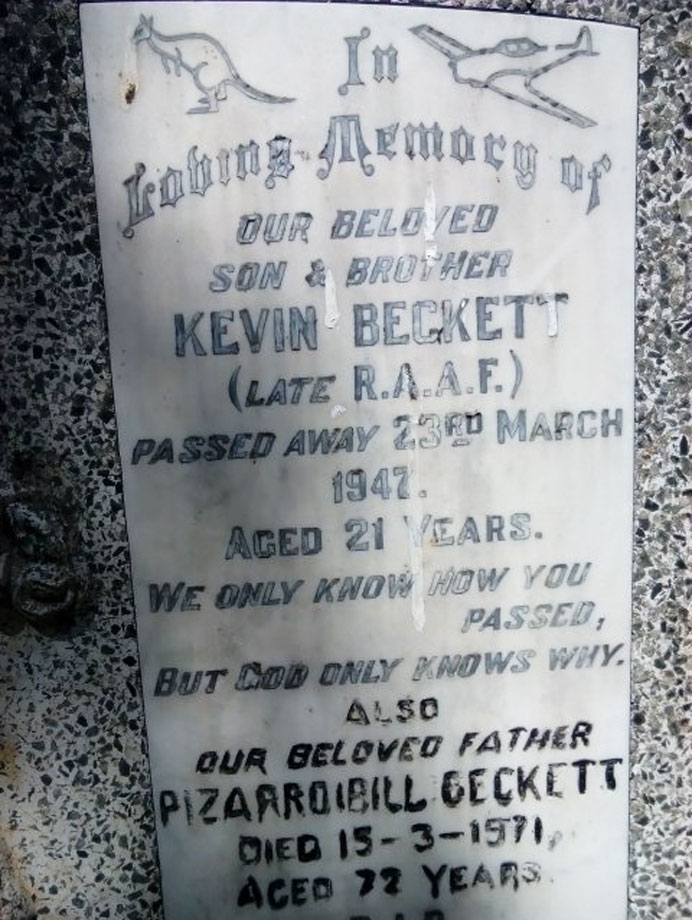 But Ms Chapman, who now lives on Norfolk Island, says she no longer has the option of being buried at Karrakatta Cemetery.

That's because her family's grave is one of hundreds that fall within an area of the cemetery currently earmarked for its "renewal program".

Like many metropolitan cemeteries across Australia, Karrakatta is running out of space.

The cemetery has addressed the problem with a controversial solution, removing the headstones from some and digging new graves between them.

READ:  What Is Reconciliation Week And How Is It Being Celebrated During COVID?

Ms Chapman's family plot is located where a future mausoleum is planned to be built, 15 years down the track.

Ms Chapman said she was stunned to hear the news while researching her family tree.

"It's wiping my family off the face of the Earth. It will be as if they never existed," she said.

"I am the family tree person in my family, I've been doing it for about 25 years and I feel very strongly about keeping my family's memories alive for the generations to come.

"Cemeteries are one of the primary sources for people when they start looking for their families. I hate to think of generations to come going to Perth and seeing nothing, not even a marker in the ground.

"Most of us have a great need to have something that is tangible that we can sit by and put a bunch of flowers on, to honour the ones that went before us. To take those places away is a crime." 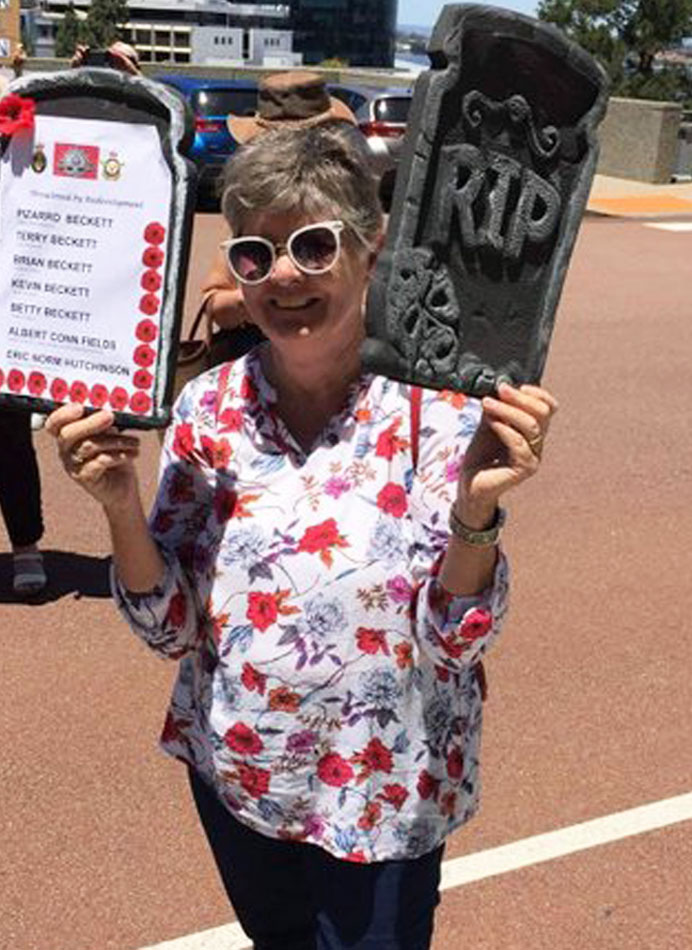 A Cemeteries Board spokesperson said, where possible, headstones of affected graves at Karrakatta were relocated into custom designed garden beds or placed in memorial walls.

Karrakatta Cemetery had been predicted to run out of space in 2004, but its renewal program had so far created 7000 more graves, the spokesperson said.

Relatives and contacts for those people buried in locations up for renewal were given 12 months to write a submission with any objections, the spokesperson said.

"Cemetery Renewal has been conducted at Karrakatta Cemetery for many years and we are entirely transparent and open with regard to the process. There is a detailed community consultation process that takes place well in advance of any renewal taking place," he said.

Ms Chapman said she had written a submission detailing the history and war service of her grandfather and uncle, and was told it would be kept on file.

"I was told by someone at the office there not to worry because it could be 15 years before they do anything, but I have cancer, I don't have 15 years," she said.

"This is an emotional and mental stress that is not going away."

Karrakatta is not the only Australian cemetery to redevelop its graves to make more room.

Perhaps even more controversially, in Adelaide's Cheltenham Cemetery headstones are removed and remains are dug deeper, with another body placed on top.

Flinders University Professor Heather Burke said cemeteries around the world had been reusing graves and repurposing cemeteries for centuries.

Here in Australia, Sydney's Town Hall was built on top of a cemetery and Melbourne's first cemetery was below where Queen Victoria Market now stands today. 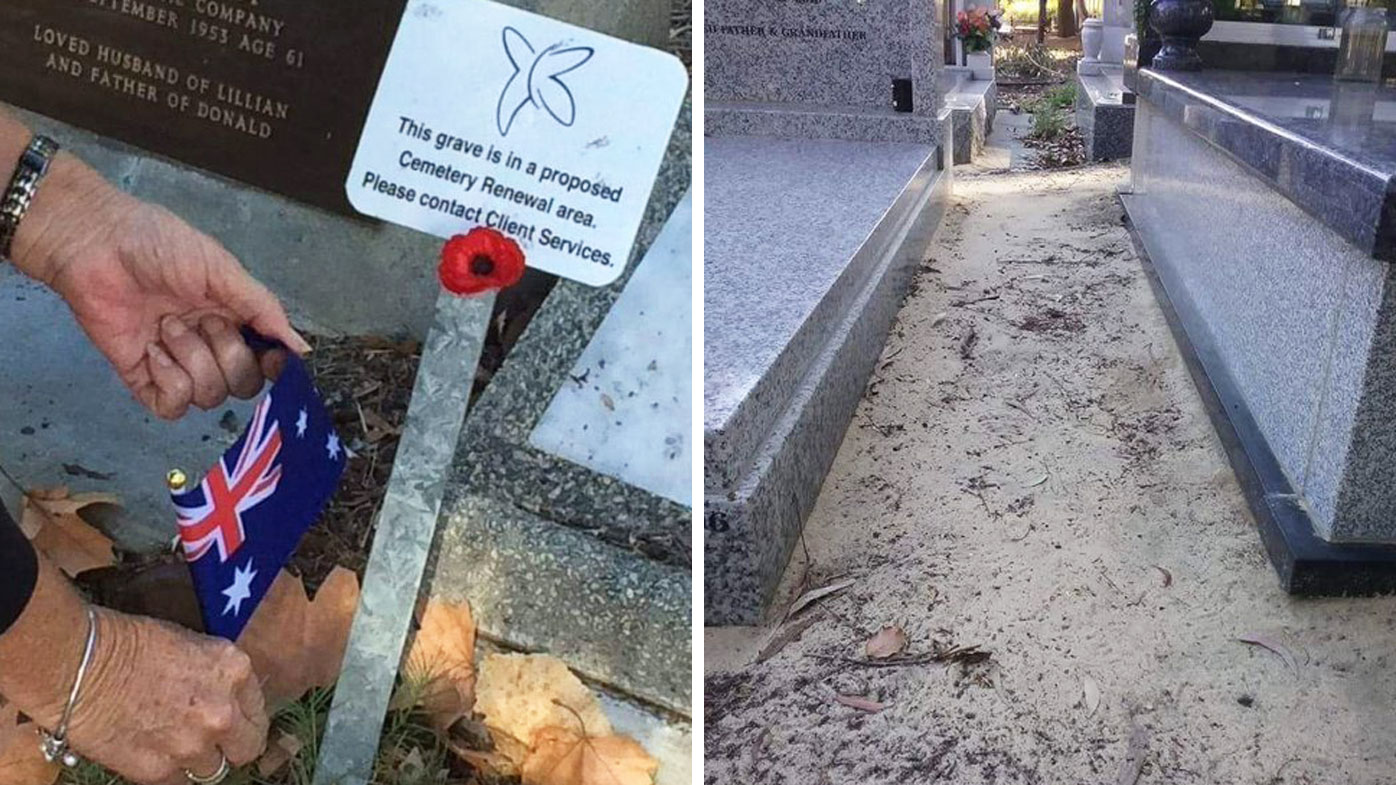 "We could point to many examples of people reusing graves, but does that necessarily mean it's the right thing?" Professor Burke said.

"I understand there is a dilemma because there is limited space. I really do sympathise with people who have to reuse the graves and people who don't want them reused.

"But as an archaeologist I am interested in the historical value of a lot of those old graves, particularly the headstones. They encode all this important information about how we understood death and identity and people and place in the past.

READ:  Morrison Calls For Royal Commission Into Shape Of Earth 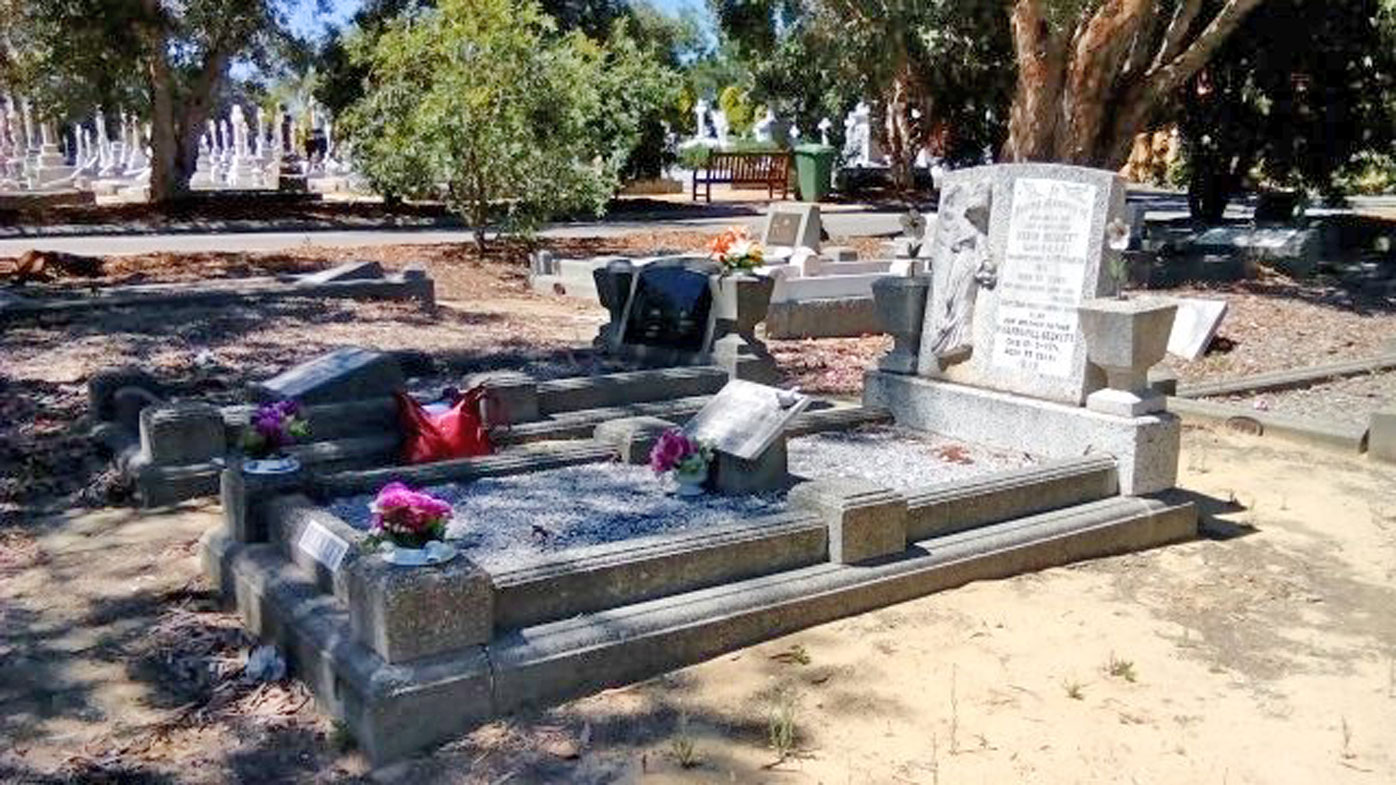 While the management boards of cemeteries undergoing redevelopment generally had historians overseeing the process, deciding which graves were important to keep could still be problematic, Professor Burke said.

"How do you define important? Often it's defined as a wealthier person or someone who has achieved something. Often they are men," Professor Burke said.

There was a risk that the history of average or ordinary people whose stories could tell us something in the future would be destroyed, she said.

"We might want to understand that part of the community or those peoples' lives and we might not be able to."