Mr Johnson has been under pressure for several days to explain how he paid for an apartment upgrade.

British Prime Minister Boris Johnson will face a formal investigation into the funding of renovations to his Downing Street apartment, after the country's political spending watchdog said there were "reasonable grounds" to suspect an offence might have occurred.

Mr Johnson has been under pressure for several days to explain how he paid for the upgrade to the flat, with British news outlets reporting that the work cost around £200,000 ($358,000).

The saga was elevated last week when Dominic Cummings, Mr Johnson's former closest ally, levelled accusations of "unethical, foolish, (and) possibly illegal" behaviour against his old boss, claiming he discussed plans to have Conservative Party donors pay for the refurbishments.

The opening of an investigation comes at a tense moment for the Prime Minister, whose party is preparing to contest local elections across the country next week. Where does Boris Johnson live?

Compared with the Executive Residence at the White House or the various presidential palaces dotted around the world's capital cities, the British Prime Minister's London living quarters are relatively humble.

Leaders would traditionally live in a flat above Number 10 Downing Street but recent Prime Ministers have instead moved into the larger apartment next door, at Number 11 — above the offices of the Chancellor of the Exchequer.

Even so, the apartment is far from spacious. The buildings that line Downing Street consist of cramped offices and narrow corridors, and Prime Ministers are not afforded luxury in their official residence.

Prime Ministers are given £30,000 ($54,000) of public money a year to renovate the apartment during their term, and it is not uncommon for them or their spouses to put their own stamp on the interior design. Former PM Tony Blair faced questions in 2002 over the cost of his revamp, which reportedly included adding a study.

Pictures released during David Cameron's premiership showed a modern kitchen and open-plan living space and Theresa May posed for a 2016 interview next to a fireplace, though it's not clear whether she made any significant changes to the interior design.

Of course, British leaders are not confined to this small apartment all year.

The far more spacious country house residence of Chequers sits in Buckinghamshire, a short drive from London, and that destination is often used to entertain foreign leaders or to provide the Prime Minister with an escape from Westminster. 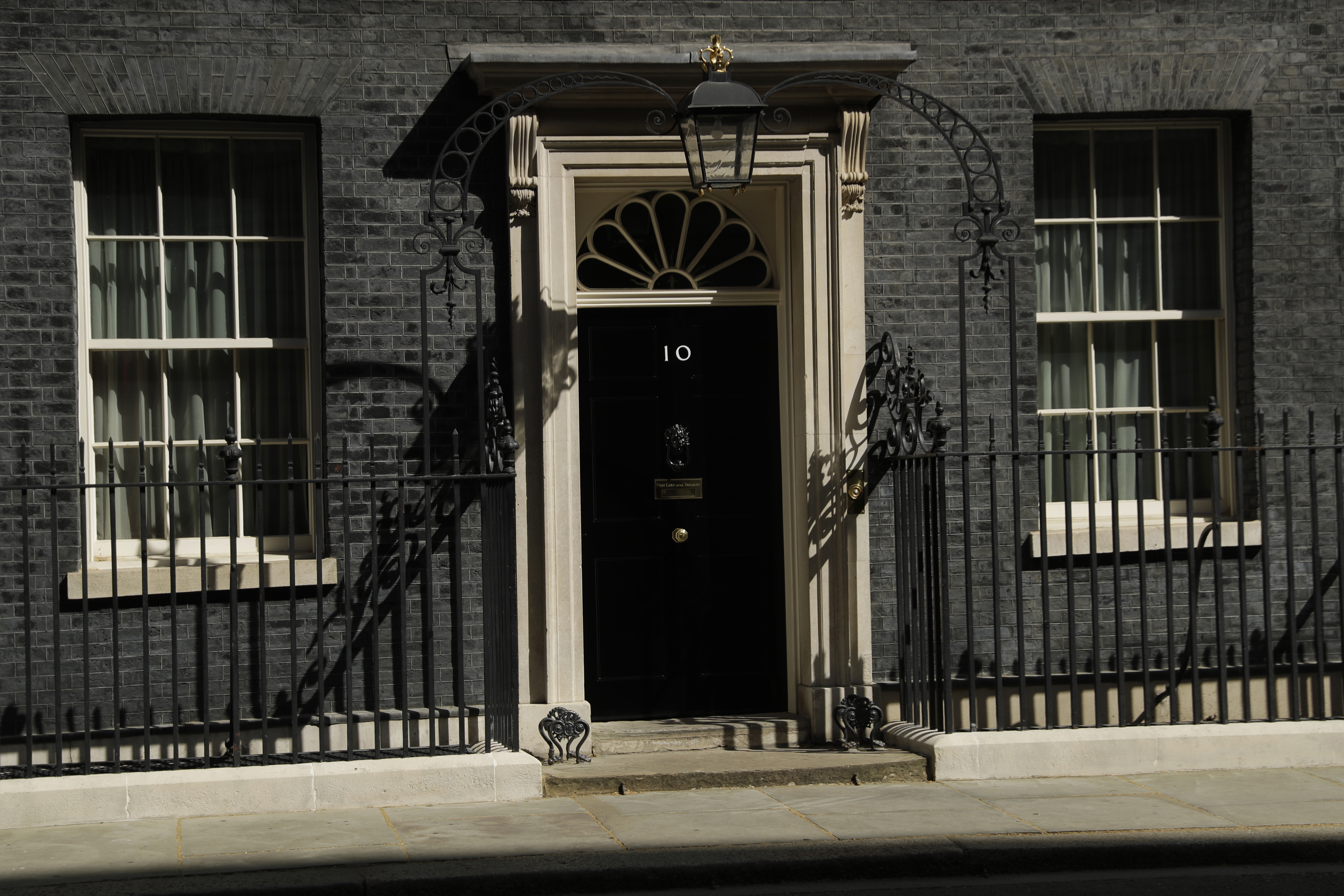 Why are the PM's renovations controversial?

Mr Johnson has been under pressure for weeks to explain how he paid for the renovations.

Those renovations were reportedly overseen by his fiancée, Carrie Symonds. But Mr Cummings, who left his role late last year after amassing a reputation as the driving force behind the Prime Minister's Brexit policy and re-election, alleged in a blog post that Mr Johnson planned to have Conservative Party donors pay for the upgrade.

If that was the case, the loan would need to have been declared to the UK's Electoral Commission.

Political donations and loans are tightly controlled in the United Kingdom, with loans of more than £7,500 ($13,400) logged and publicly revealed by the commission four times a year. 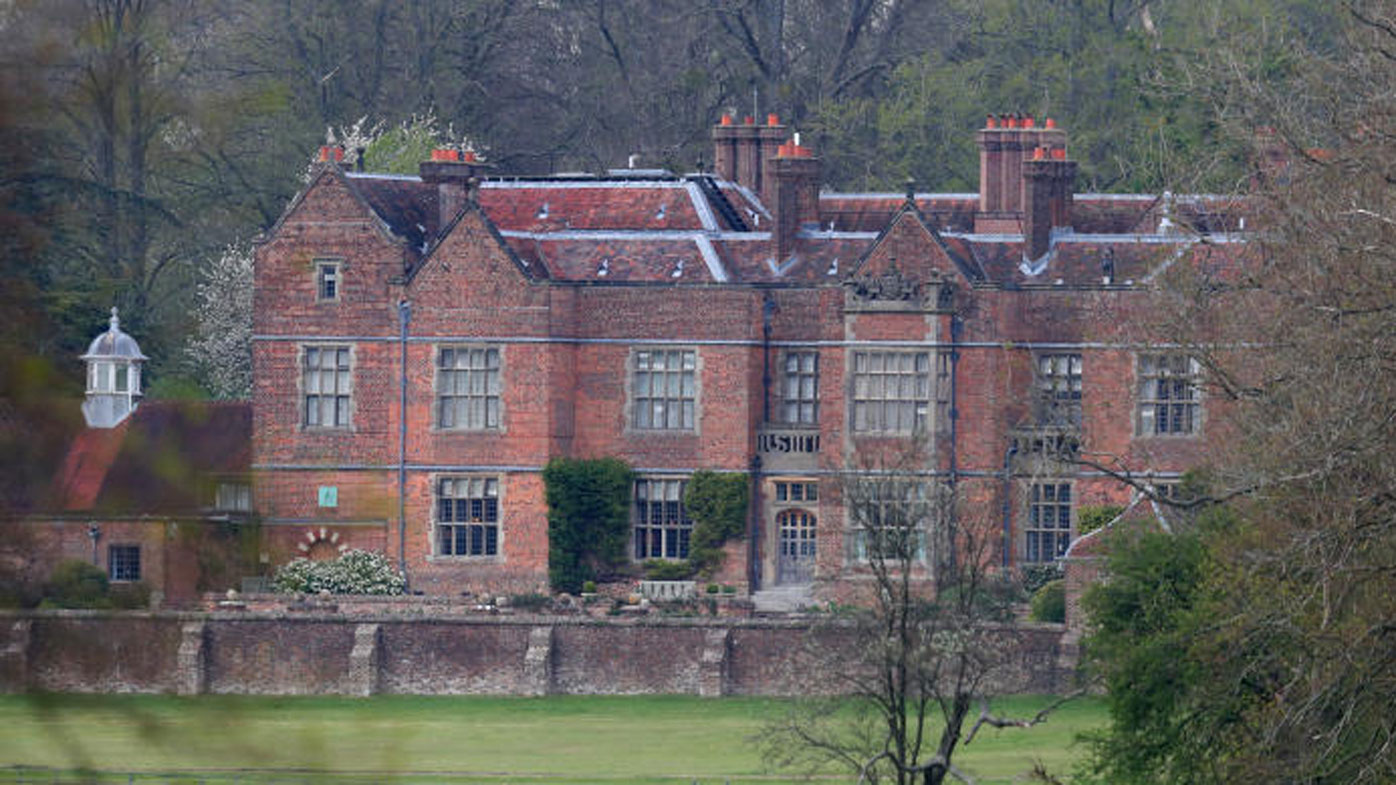 "I told him I thought his plans to have donors secretly pay for the renovation were unethical, foolish, possibly illegal and almost certainly broke the rules on proper disclosure of political donations," Mr Cummings wrote in an explosive post on Friday.

"I refused to help him organise these payments. My knowledge about them is therefore limited," Cummings also wrote.

In an interview with the BBC on Sunday, Johnson's international trade secretary, Liz Truss, said the Prime Minister had paid for the renovations himself.

But she did not say whether he had borrowed the money from a donor first.

A Number 10 spokesperson told CNN the government had "transparently laid out the historic expenditure" and that "any costs of wider refurbishment ... have been met by the Prime Minister personally."

But the government has also not clarified where the funds came from originally. 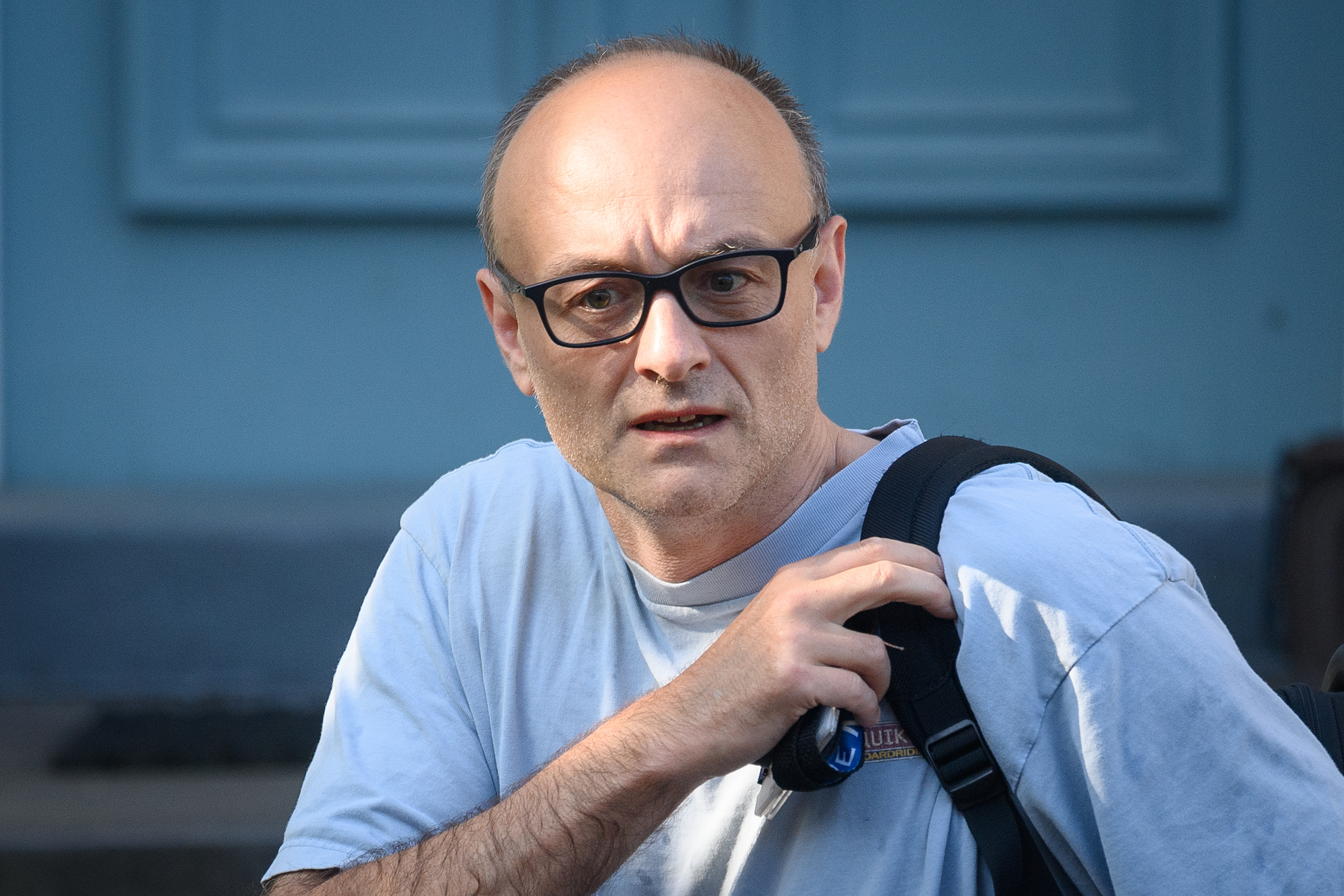 The spokesperson added that more information on the works would be released when the Cabinet Office published its yearly accounts, which usually happens in July.

However, a separate register of ministerial interests has not been published by the government since last July, despite the ministerial code stating that one should be made public "twice yearly."

READ:  Emilia Clarke Reveals What 'Annoyed' Her About 'Game Of Thrones' Ending

These outstanding questions have combined to spark a political storm over Number 10, with critics and opposition MPs increasing calls for clarity over how the apartment was revamped. 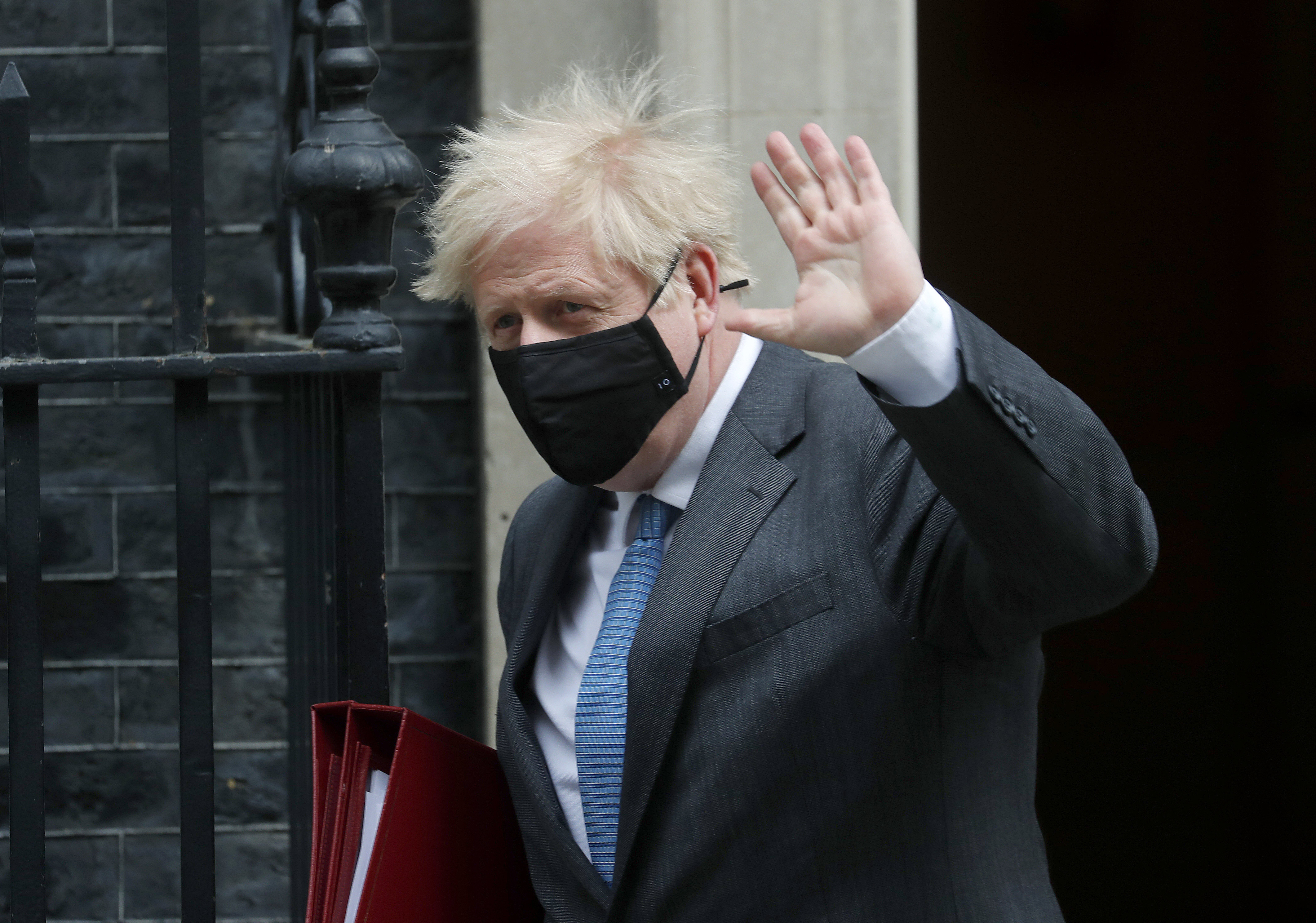 What is happening now?

The Electoral Commission, which oversees political spending and investigates breaches, said on Wednesday it would formally investigate.

It said in a statement there "are reasonable grounds to suspect that an offence or offences may have occurred.

"We will therefore continue this work as a formal investigation to establish whether this is the case," added the commission, which had previously confirmed to CNN it was looking into whether there were grounds for an official inquiry.

The move follows calls from the opposition Labour Party, which had urged Cummings' claims be investigated by the Electoral Commission, also alleging the ministerial code governing senior politicians' conduct might have been broken. 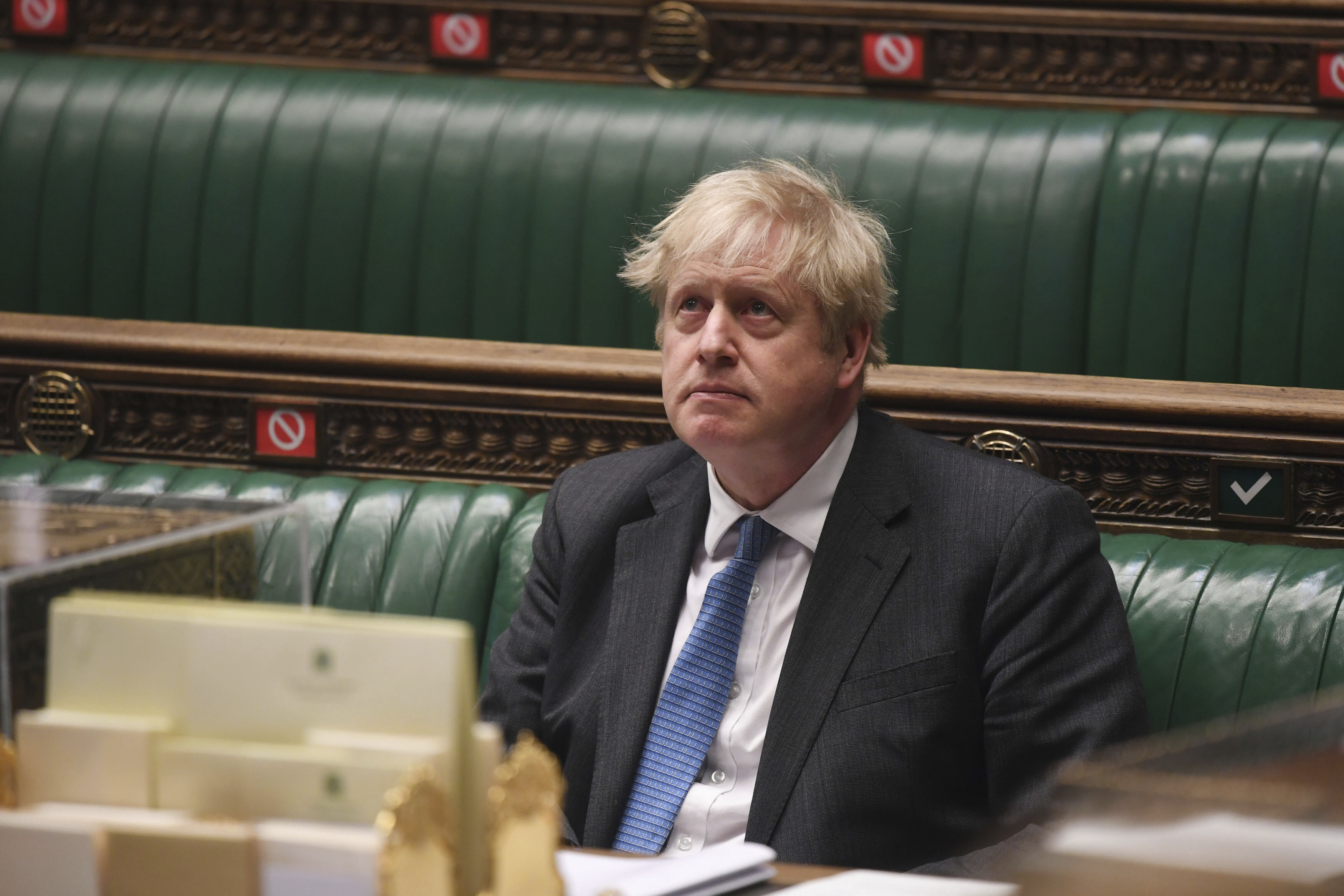 "The ministerial code clearly states 'Ministers should be as open as possible with Parliament and the public'. This has not happened," Labour MP Rachel Reeves said in a statement.

Reeves said "real and perceived conflicts of interest must be avoided" and that "there needs to be a full investigation given the gravity of the new accusations" from Cummings.

On Wednesday, Labour leader Keir Starmer pressed Johnson further in Parliament, asking: "Who initially — and Prime Minister, 'initially' is the key word here — who initially paid for redecorations of his Downing Street flat?"

"I paid for Downing Street refurbishments personally," Mr Johnson replied, sidestepping the opportunity to confirm whether a loan was ever put down beforehand. 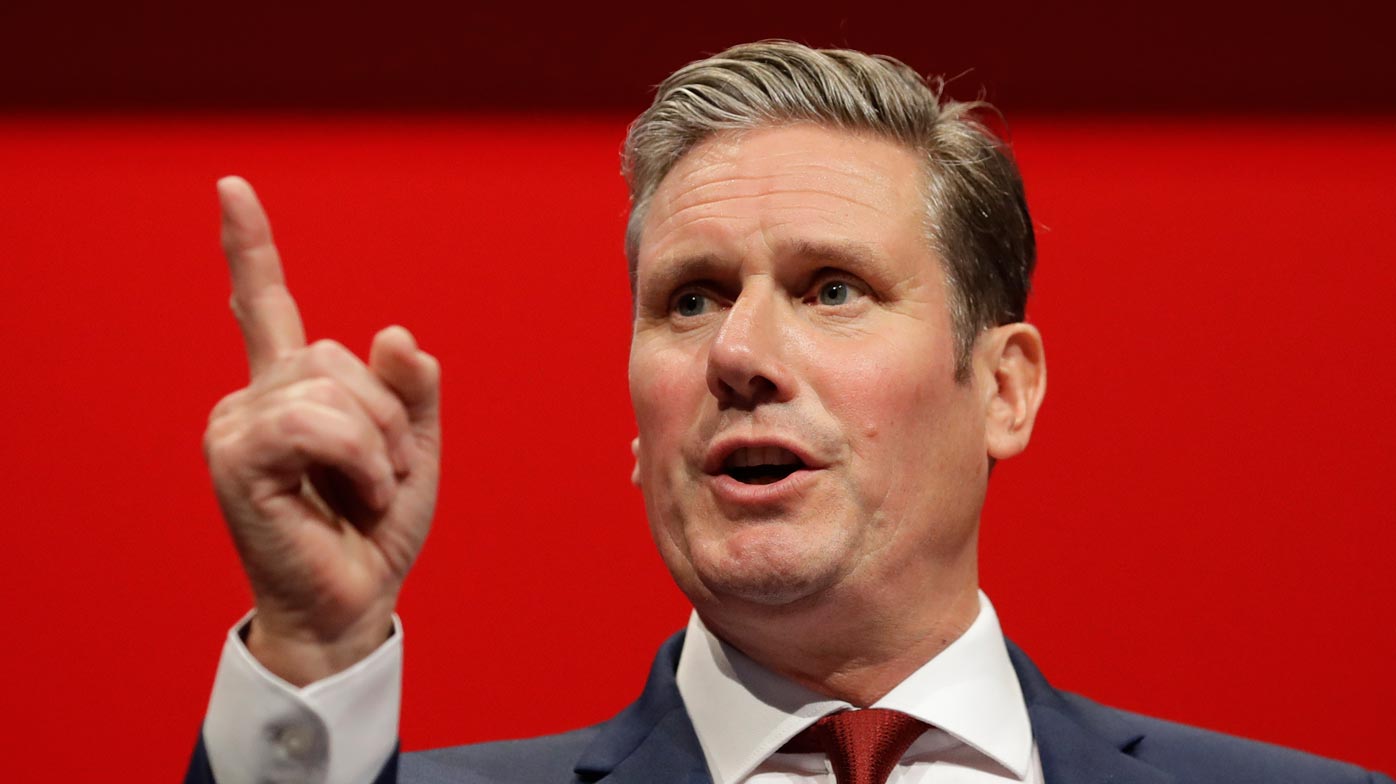 "The answer is I have covered the costs," he said later after further questioning by Starmer.

Alleged breaches of the ministerial code are investigated by an independent adviser on ministerial interests or by the cabinet secretary, but the code is not legally binding.

Downing Street denied the code had been broken, telling CNN that ministers have "acted in accordance with the appropriate codes of conduct."

Why is Mr Johnson being accused of 'sleaze'?

The latest accusations form just part of a series of allegations that have combined to raise questions over Mr Johnson's government and its links to donors and lobbyists.

READ:  New high-visibility unit hits the ground in the Hunter and Central Coast

Last week, the Prime Minister came under scrutiny over texts to James Dyson, the billionaire founder of the vacuum cleaner company, in which he reportedly said he would "fix" a tax issue to ensure Dyson produced ventilators during the first wave of the COVID-19 pandemic last year. The texts were obtained by the BBC.

Several British media outlets have suggested Mr Cummings was the source of the leaks — something he denied in the same blog post in which he levelled accusations about the apartment.

The Prime Minister dismissed suggestions there was anything "sleazy" about his texts with Dyson.

"Let me tell you, if you think that there's anything remotely dodgy or rum or weird or sleazy about trying to secure more ventilators at a time of a national pandemic and doing everything in your power to do that, then I think you are out of your mind," he told reporters on Friday, according to PA Media.

The dual sagas coincide with new allegations about Mr Johnson's past comments in government.

On Monday, he was forced to deny allegations he said he would rather "let the bodies pile high in their thousands" than impose a third COVID-19 lockdown last year, after unnamed sources told the Daily Mail newspaper he had made the comment.

Mr Starmer challenged Mr Johnson to clarify in Parliament on Wednesday whether he ever made those remarks, to which the Prime Minister replied "No."

"Somebody here isn't telling the truth," Mr Starmer said, adding that members of Parliament "will have heard the Prime Minister's answer." He then cited a clause in the ministerial code that states ministers are expected to offer their resignation if they are found to have misled Parliament.

"I'll leave it there for now," he concluded.

Local elections across the country next month will be the first concrete test of how far this series of allegations has resonated with Britain's voters.

Mr Johnson is enjoying a comfortable lead in opinion polls, after a speedy coronavirus vaccine rollout and a stringent lockdown earlier this year combined to bring the UK's COVID-19 situation under control.