With 92,472 confirmed cases, Italy appears to have the highest death rate on the planet.

When Milan resident Antonia Mortensen was pulled over by police while driving recently, it wasn't for a traffic offence. It was to instruct her fellow passenger to sit in the back of the car and to check that both were wearing face masks.

"We were told we cannot both sit in the front," the CNN journalist said. She was on her way to hospital with her husband to visit a sick relative.

"We have a special certificate giving us permission to go to the hospital," she said, adding that the relative does not have coronavirus. 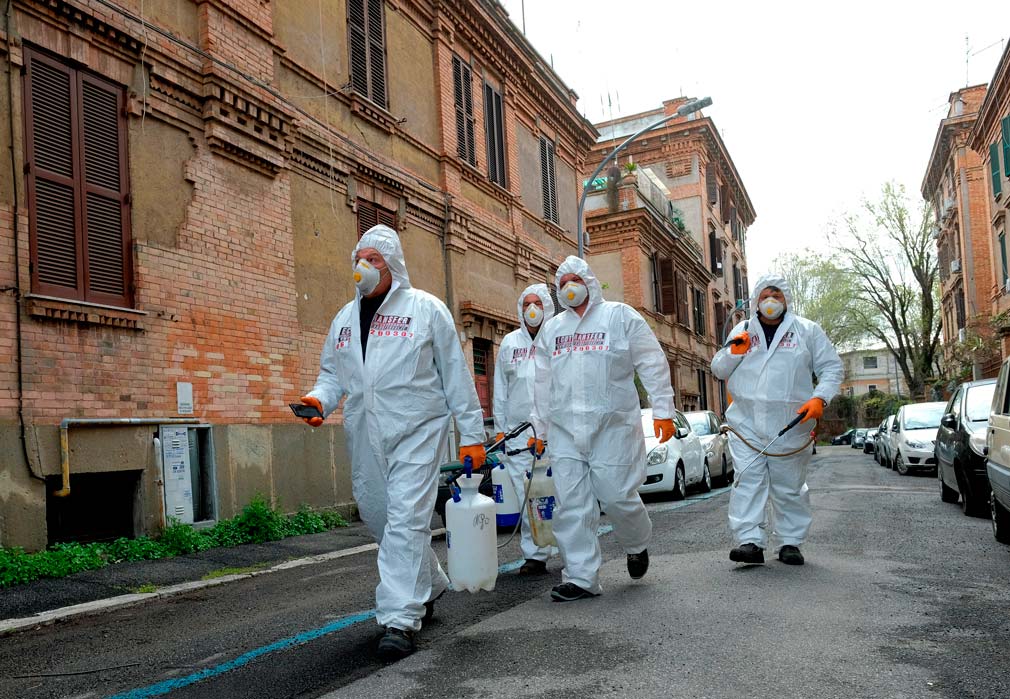 Such are the tight restrictions on Italians now living in the deadliest hotspot of the global coronavirus pandemic.

Italy's death toll is now the highest in the world at 10,023. Fatalities passed the grim milestone today, with an increase of 889 since the last figures were released on Friday (local time), according to Italy's Civil Protection Agency.

With 92,472 confirmed cases, Italy appears to have the highest death rate on the planet.

Compare it to China, the epicentre of the pandemic, which has a roughly similar number of confirmed cases at 81,997, but under a third as many deaths, at 3299, according to Johns Hopkins University and Medicine.

Indeed Italy now has the second-highest number of confirmed cases in the world after the United States, which stands at 105,470. But the US has a fraction of the deaths, at just over 1700.

As Italy enters its sixth week of restrictions, many are asking: why does its death rate seem so much higher than other countries?

READ:  What our smartphone data tells us about Australia's reaction to coronavirus crisis

Experts say it's down to a combination of factors, like the country's large elderly population which is more susceptible to the virus, and the method of testing that's not giving the full picture about infections. 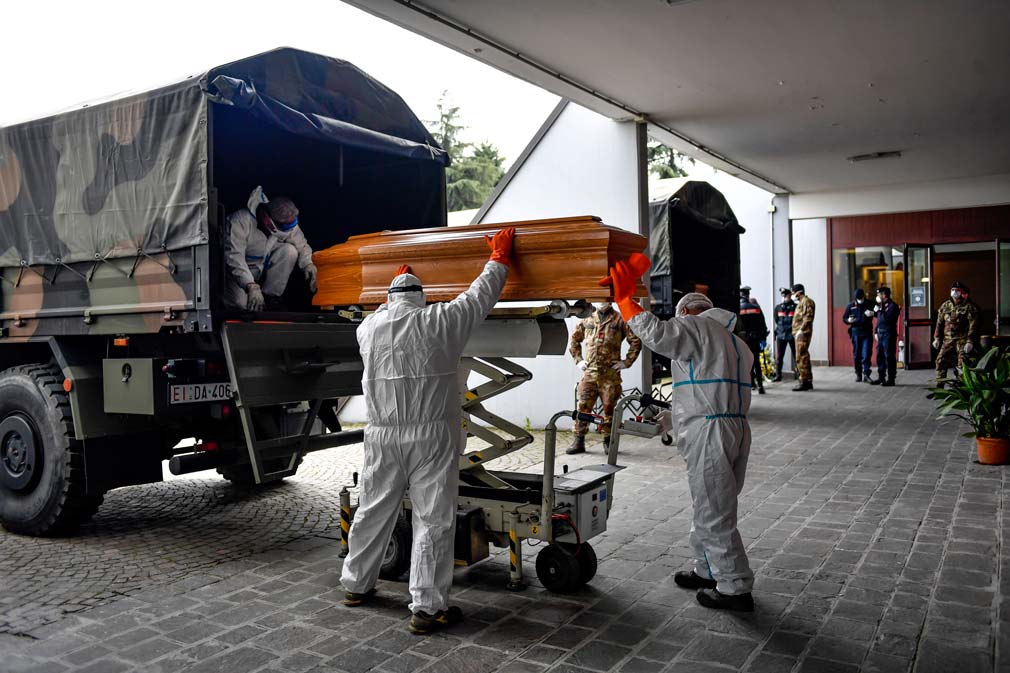 Italy's number of confirmed cases is "not representative of the entire infected population", Dr Massimo Galli said. Dr Galli is head of the infectious disease unit at Sacco Hospital in Milan.

The real figure was "much, much more".

Only the most severe cases are being tested, added Dr Galli, and not the entire population – which in turn, skews the death rate.

In the northern Lombardy region, which has the majority of cases, about 5000 swabs are being carried out daily, Dr Galli said.

He added this was "much lower than needed, with thousands of people waiting for diagnosis at their home".

A major obstacle for health workers carrying out tests, was limited protective gear available, he said.

In a stark warning to other countries, Dr Galli said: "We have a national healthcare system that works very well, especially in Lombardy – but even our system has been hit by this".

"Miracles have been done in multiplying the numbers of beds in hospitals," he said. But medicine "has been lacking – and this is a big problem that will be felt by other countries". 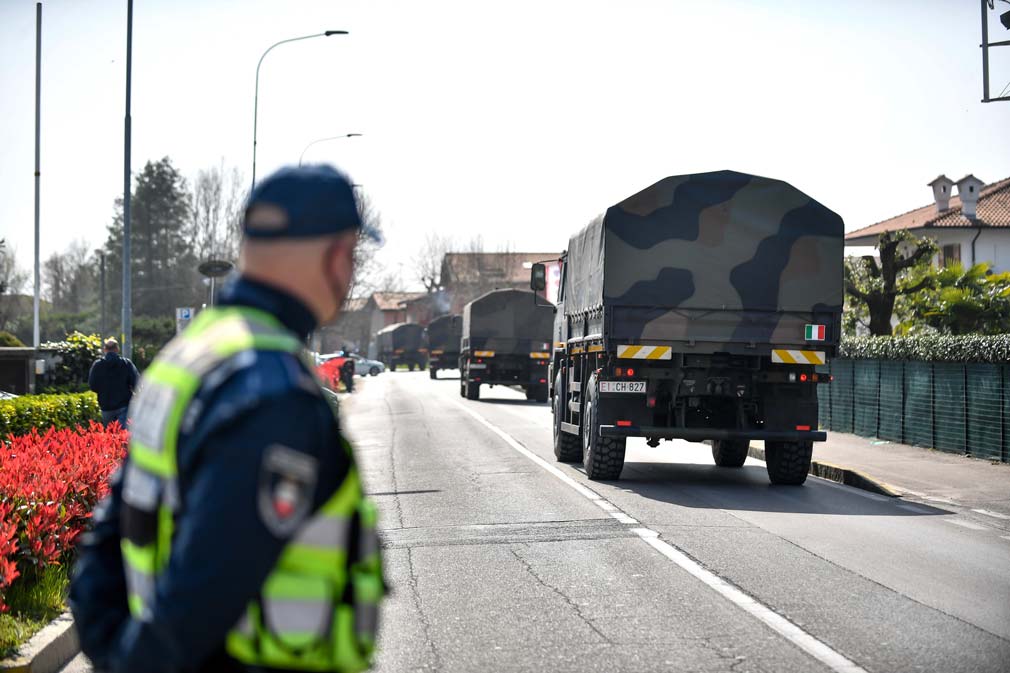 Another factor in the seemingly high death rate is Italy's elderly population, which is the largest in the world behind Japan.

The average age of Italian patients who have died after testing positive for the virus was 78, the country's Health Institute said Friday.

But these patients were in "a really fragile situation that can be broken by a virus like coronavirus", he added.

Still, there have been some stories of hope. Like 102-year-old woman Italica Grondona, who recovered from coronavirus in the northern city of Genoa after spending more than 20 days in hospital, doctors who treated the woman and her nephew told CNN.

'We nicknamed her Highlander – the immortal," doctor Vera Sicbaldi said.

"Italica represents a hope for all the elderly facing this pandemic."

Meanwhile, some experts have questioned whether Italy's restrictions have gone far enough in halting the virus spread.

China's Wuhan city was the first to impose a sweeping lockdown on its 11 million citizens back in January, with all flights, trains and buses cancelled and highway entrances blocked.

Now, more than two months later, officials in the pandemic epicentre are looking to ease those restrictions as new cases dry up. Italy meanwhile, is steadily ramping things up.

Italians now face steep fines of up to 3000 euros ($5,435) for defying government orders of only going outside for essential items like food, Reuters reported.

But Dr Giorgio Palu, former president of the European and Italian Society for Virology and a professor of virology and microbiology of the University of Padova, told CNN that the Italian measures are "not so forceful or strict like the Chinese ones".

"But this is the best you can do in a democracy," he added, pointing to the draconian restrictions implemented by China's communist state.

READ:  Owner Whose Store Called 911 On George Floyd: 'I Wish The Police Were Never Called'

That said, "some constitutional rights are taken from us", Dr Palu said of Italians' freedom.

"We can't have public gatherings now."

But with the death toll continuing to rise, Italy's restrictions don't look like easing up any time soon.

The World Health Organisation and NSW Health both recommend basic hygiene practices as the best way to protect yourself from coronavirus.