There are fears whooping cough bacteria are becoming smarter at colonising and feeding off unwitting hosts.

There are calls for a new vaccine with research showing whooping cough bacteria are becoming smarter at colonising and feeding off unwitting hosts - whether they have been vaccinated or not.

The research, conducted by the University of NSW, indicates Australia needs a new whooping cough vaccine to ensure our most vulnerable are protected from the emergence of superbug strains.

The current vaccine, widely used since 2000, targets three antigens in the bacteria of the highly contagious respiratory disease which can be fatal to infants. 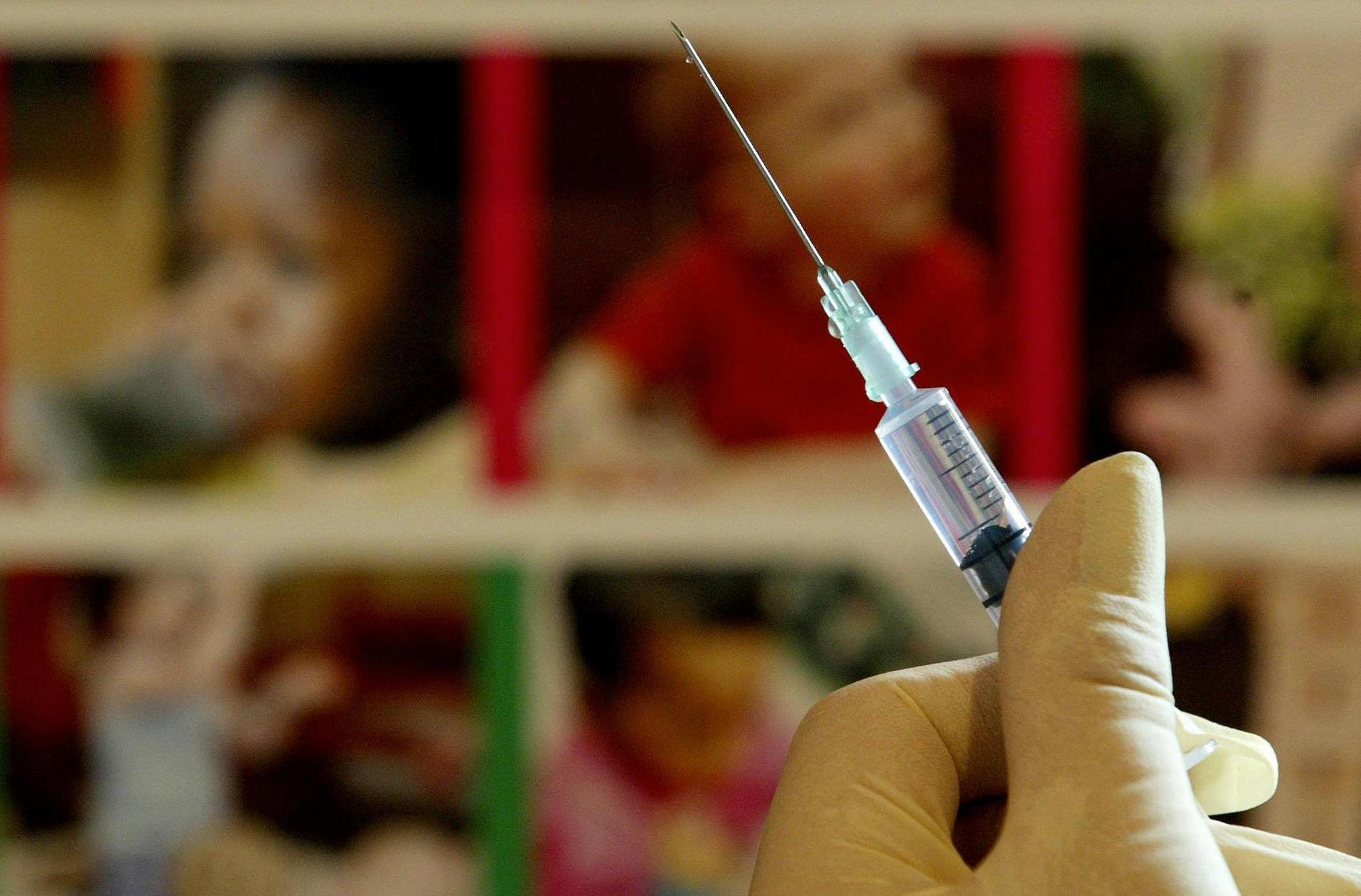 All babies under six months old – in particular, newborns not protected by maternal immunisation – are at risk of catching the vaccine-preventable disease because they are either too young to be vaccinated or have not yet completed the three-dose primary vaccine course.

In a series of UNSW studies, with the latest published today, researchers took this knowledge further and showed, in a world-first discovery, the evolving strains made additional changes to better survive in their host, regardless of that person's vaccination status. They also identified new antigens as potential vaccine targets.

First author and microbiologist Dr Laurence Luu, who led the team of researchers with Professor Ruiting Lan, said whooping cough's ability to adapt to vaccines and survival in humans might be the answer to its surprise resurgence despite Australia's high vaccination rates.

"We found the whooping cough strains were evolving to improve their survival, regardless of whether a person was vaccinated or not, by producing more nutrient-binding and transport proteins, and fewer immunogenic proteins which are not targeted by the vaccine," Dr Luu said.

"This allows whooping cough bacteria to more efficiently scavenge nutrients from the host during infection, as well as to evade the body's natural immune system because the bacteria are making fewer proteins that our body recognises.

"Put simply, the bacteria that cause whooping cough are becoming better at hiding and better at feeding – they're morphing into a superbug."

Dr Luu said it was therefore possible for a vaccinated person to contract whooping cough bacteria without symptoms materialising.

"So, the bacteria might still colonise you and survive without causing the disease – you probably wouldn't know you've been infected with the whooping cough bacteria because you don't get the symptoms," he said.

"Another issue with the vaccine is that immunity wanes quickly – so, we do need a new vaccine that can better protect against the evolving strains, stop the transmission of the disease and provide longer lasting immunity." 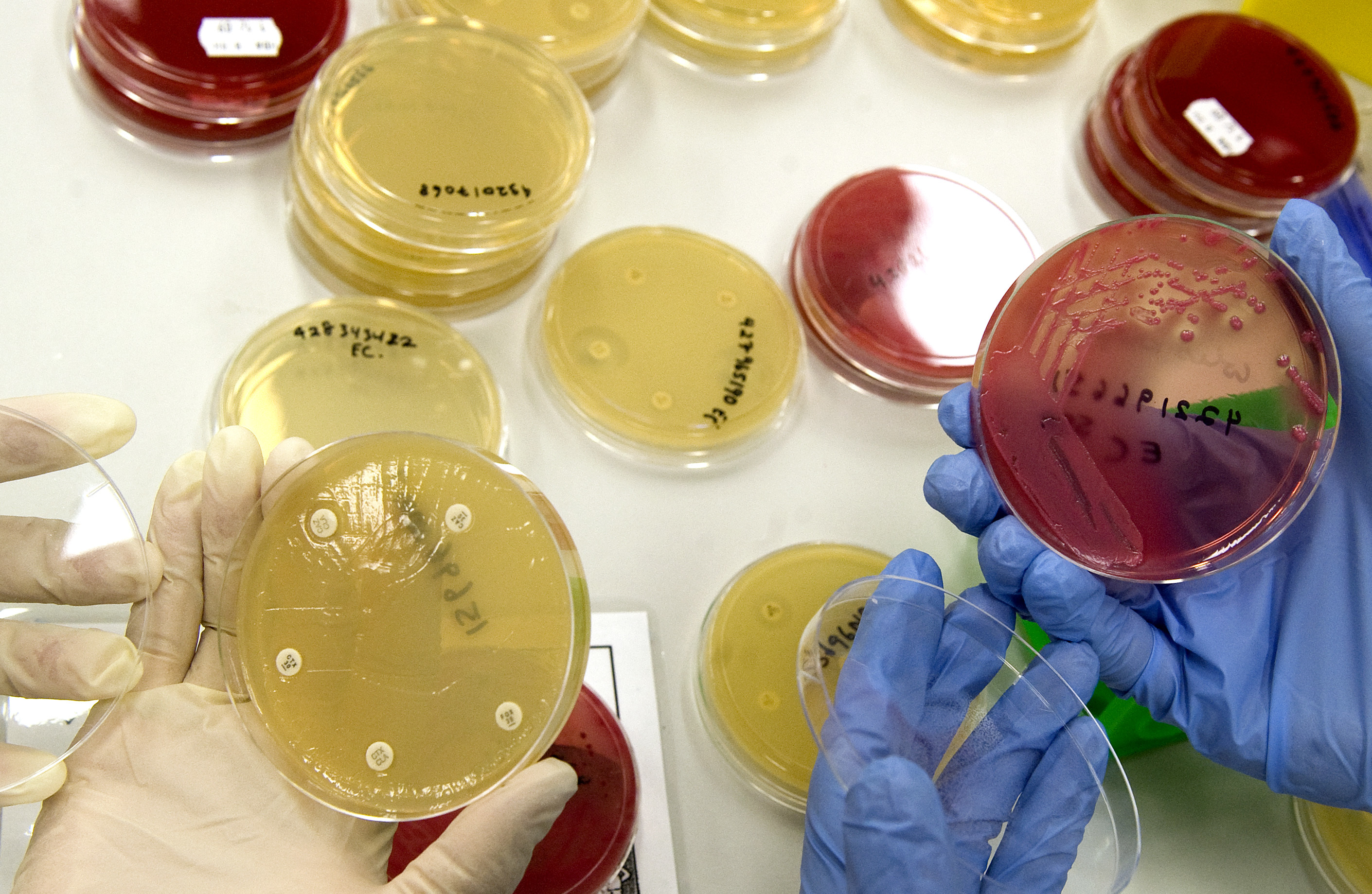 Prof Lan said while he would like to see a new vaccine developed and introduced in the next five to 10 years, the research team's important discovery did not render Australia's whooping cough vaccine redundant.

"It is critical that people are vaccinated to prevent the spread of whooping cough – the current vaccine is still effective for protecting against the disease – but new vaccines need to be developed in the long-term," Prof Lan said.

"We need more research to better understand the biology of the whooping cough bacteria, how they cause disease and what proteins are essential for the bacteria to cause infection, so that we can target these proteins in a new and improved vaccine.

"This will all help to future-proof new vaccines against the evolving whooping cough strains." Dr Luu agreed it was crucial that Australia maintained its high vaccination coverage for whooping cough.

"Therefore, we emphasise that Australia must maintain its high vaccination coverage to protect vulnerable newborns who are not protected by maternal immunity and cannot complete the three-dose primary vaccine course until they are six months old.

"So, vaccination is especially important for children, people who are in contact with children and pregnant women who need the vaccine to produce antibodies to protect their newborns from developing whooping cough in the first few weeks of life."

In addition to babies under six months having a high risk of catching the disease, the elderly, people living with someone who has whooping cough and people who have not had a booster in the past 10 years, are also most at risk.

Whooping cough is characterised by a "whooping" sound and sufferers find it difficult to breathe.

The disease is more common during spring and spreads when an infected person coughs or sneezes and other people breathe in the bacteria.