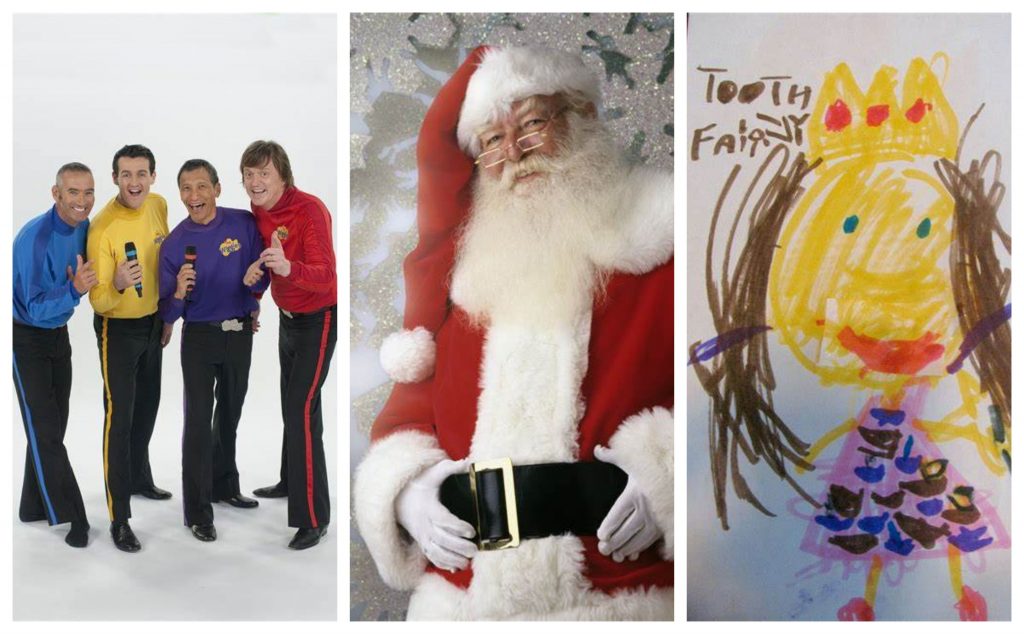 Is Santa real? A recent study examines children’s beliefs in cultural figures and other ‘non-real’ people.

Young children understand dinosaurs and The Wiggles are (or were!) real, and that fictional characters like Peter Pan and Spongebob are not real. Nevertheless, cultural figures like Santa or the Tooth Fairy occupy an ambiguous place in a child’s pantheon, suggests a study published today in the open-access journal PLOS ONE by Rohan Kapitány from Keele University, and colleagues.

Children as young as three are capable of understanding the difference between ‘real’ and ‘non-real’.  However, there’s little research into how children evaluate different types of non-real people or figures relative to one another, as well as in comparison to real people.

In order to better understand children’s beliefs, Kapitány and colleagues asked 176 Australian children two to eleven years old to rate how real they considered thirteen different figures (ranging from real people like The Wiggles to more ambiguous figures like Santa Claus, ghosts, and dinosaurs, as well as fictional characters like Spongebob Squarepants and Princess Elsa). To do this they used a zero (not at all real) to eight (extremely real) point Likert scale.

The authors hypothesised that their results might show a hierarchy between real and unreal, with some unreal figures perceived as more real by children depending on indirect evidence or cultural rituals at play—like setting out food and drinks for Santa that have ‘vanished’ by Christmas morning.

For comparison, they also assessed 56 adults.

The data suggested the majority of children conceptualised the thirteen figures into four groups, based on score endorsements: ranked most highly as ‘real’ were figures like dinosaurs and The Wiggles (with a score of 7 points); the next-highest score went to cultural figures like Santa and the Tooth Fairy (6 points), followed by ambiguous figures like aliens, dragons, and ghosts (4 points) and fictional characters like Peter Pan, Spongebob, and Elsa (4 points). In comparison, adults (and older children, from seven years up) tended to group figures into three groups: real, not-real, and ambiguous (ghosts and aliens).

READ:  Barbados Says It Will Remove Queen Elizabeth As Head Of State

Although this study is limited in that there was no standard definition of ‘real’ provided to the participants (which may have had an impact in cases where children might have ‘met’ figures in costume—for instance, approximately 40 percent of the surveyed children said they’d seen Santa in real life, the same proportion who said they’d seen The Wiggles in real life), the relatively high belief in cultural figures among younger children remains notable.

The authors plan future work to understand how ritual participation and other factors lead children to understand what is real (or not real) in their world, particularly when children might have no direct relevant experience.

The authors add: “What we show is that children tend to have a nuanced understanding of reality, moreso than many expect, and we show it across a ‘pantheon’ of figures who naturally vary in their degree of ‘reality’  and cultural support. We argue that rituals are a particularly potent signal for kids when it comes to accepting things like Santa Claus as real.”