The Pentagon confirmed Thursday night that the US was responsible for killing one of the most powerful military figures in Iran and across the Middle East.The death of its target, Maj. Gen. Qassem Soleimani of Iran, marks an extreme escalation in US-Ir…

The Pentagon confirmed Thursday night that the US was responsible for killing one of the most powerful military figures in Iran and across the Middle East.

The death of its target, Maj. Gen. Qassem Soleimani of Iran, marks an extreme escalation in US-Iran hostilities and nearly guarantees an act of revenge from Iran.

Here’s what you need to know about the top Iranian commander and why his death is a game-changer for the Middle East. 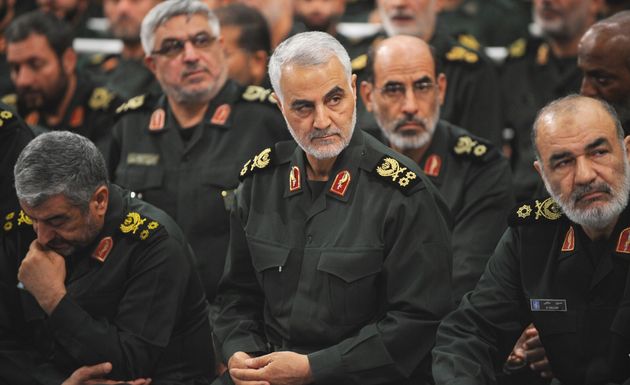 Who Is Qassem Soleimani?

Soleimani was the head of Iran’s Quds Force, an elite unit within the country’s Islamic Revolutionary Guards Corps that carries out high-level foreign operations across the Middle East and trains Shiite militias in Iraq. In April, the Trump administration designated the Revolutionary Guards as a foreign terrorist organization.

Though he is viewed in the US as a terrorist, Soleimani is a popular figure among conservative Iranians and those critical of the US and its allies.

Soleimani had close ties to Iran’s supreme leader, Ayatollah Ali Khamenei, who vowed a “forceful revenge” for the commander’s death.

Why Is He So Important?

Soleimani took over as commander of the Quds Force 15 years ago and achieved notoriety as he spread Iran’s influence across the Middle East, training and arming new militias to carry out Tehran’s agenda.

Gen. David Petraeus, a retired US forces commander and former CIA director, described Soleimani in an interview with Foreign Policy as the “architect” of Iran’s attempts to take over an area of the Middle East known as the Shiite Crescent, which spans from Iran to Iraq, Syria and southern Lebanon.

“He is responsible for providing explosives, projectiles, and arms and other munitions that killed well over 600 American soldiers and many more of our coalition and Iraqi partners just in Iraq, as well as in many other countries such as Syria,” Petraeus said.

Why Did The Trump Administration Target Him?

The U.S. military targeted Soleimani in order to prevent Iranian-led attacks on Americans, the Pentagon said in a statement Thursday.

President Donald Trump accused Soleimani of planning an attack on US diplomats and the military, which he said had been thwarted.

“Soleimani was plotting imminent and sinister attacks on American diplomats and military personnel, but we caught him in the act and terminated him,” Trump said.

The president defended his actions against critics who accused the US of starting a war with Iran by targeting a key Iranian official and deflected claims that the US was trying to overturn Iran’s influence in the region.

“We took action last night to stop a war. We did not take action to start a war,” he said from his Mar-a-Lago resort in Florida on Friday.

“I have deep respect for the Iranian people,” Trump added. “They are a remarkable people with an incredible heritage and unlimited potential. We do not seek regime change.”

Why Was His Death So Alarming?

It is unprecedented for the U.S. to directly target a high-ranking government official, especially an influential military figure in Iran. The assassination signals to Iran that the US is now willing to take dramatic ― and violent ― action against the country.

These new acts of aggression could also destabilise the Middle East and are expected to dramatically affect Washington’s relationship with Tehran and the Iraqi state.

The U.S. and Iran, who both have a major presence in Iraq, work closely with Baghdad to combat the self-described Islamic State (ISIS). Experts worry that the spike in tension could pose a national security risk for the U.S. and put the U.S. gains in counterterrorism at stake.

Some experts also see the assassination of Soleimani as an act of war against Iran.

“It can’t be described as anything other than an act of war against a sovereign state,” Suzanne Maloney, deputy director of foreign policy at the Brookings Institution, told Vox.

What Will Happen Now?

As Iran’s supreme leader indicated, the country is expected to respond to the US attacks. How it will act is still unclear and is now being debated by experts.

Iran’s Supreme National Security Council held an emergency meeting with Khamenei on Friday and reached a decision on how to respond to US aggression, though it did not release details on what that action would be in a statement released Friday.

“America must know the criminal attack on General Suleimani was its worst strategic mistake in the Middle East and that America will not escape the consequences easily,” the council said in the statement.

US military personnel stationed throughout Iraq and the rest of the Middle East, as well as US allies and assets in the region, may be vulnerable targets for an Iranian response, though experts don’t believe Iran would take action that would cause an all-out war.

However, as noted by HuffPost’s senior world news reporter, Nick Robins-Early, Iran may rely on insurgent-style attacks and pro-Iran fighters and militias.

According to The Associated Press, there are tens of thousands of armed proxies in Syria and Iraq, while the US has a relatively smaller military presence in those regions.

Dina Esfandiary, an Iran expert at the progressive Century Foundation think tank, described the potential strategy as “asymmetric warfare” in an interview with Mic.com.

“Iran knows that it can’t win [an all-out conventional war], so it’s not going to start it and then lose it, because that’s a hell of a lot worse than no retribution” for Soleimani’s death, Esfandiary told the news site. “What it will do, however … is react decisively by using asymmetric warfare, so things like drawing on its proxies in the region to cause more trouble in Iraq, Lebanon, and Syria.”

In anticipation of Iran’s response, the US said it was sending nearly 3,000 Army troops to the Middle East, adding to the 700 soldiers who were deployed to Kuwait earlier this week, AP reported.