For years, Tasmania’s gag laws meant sexual assault survivor Grace Tame was unable to speak out – she was known only by the pseudonym Jane Doe.

For years, Tasmania's gag laws meant sexual assault survivor Grace Tame was unable to speak out – she was known only by the pseudonym Jane Doe.

Meanwhile, she had watched her former maths teacher Nicolaas Bester, who was convicted and jailed for sexually abusing her, brag on Facebook about his conquest.

Now, all of Australia knows her name.

Delivering a powerful speech last night, after being announced as the 2021 Australian of the Year, the 26-year-old told of losing her virginity to a paedophile.

She spoke of being groomed and abused by Bester when she was in Year 10 at the exclusive all-girl St Michael's Collegiate School in Hobart.

Ms Tame would go on to win permission from the Supreme Court to tell her story in 2019.

She became the face of the #letherspeak campaign, spearheaded by journalist Nina Funnell, which would ultimately succeed in overturning Tasmania's archaic gag law.

Now, 11 years into her journey, Ms Tame has vowed to use her title to "keep going on this train of change", saying her work normalising conversations around sexual assault is far from over. 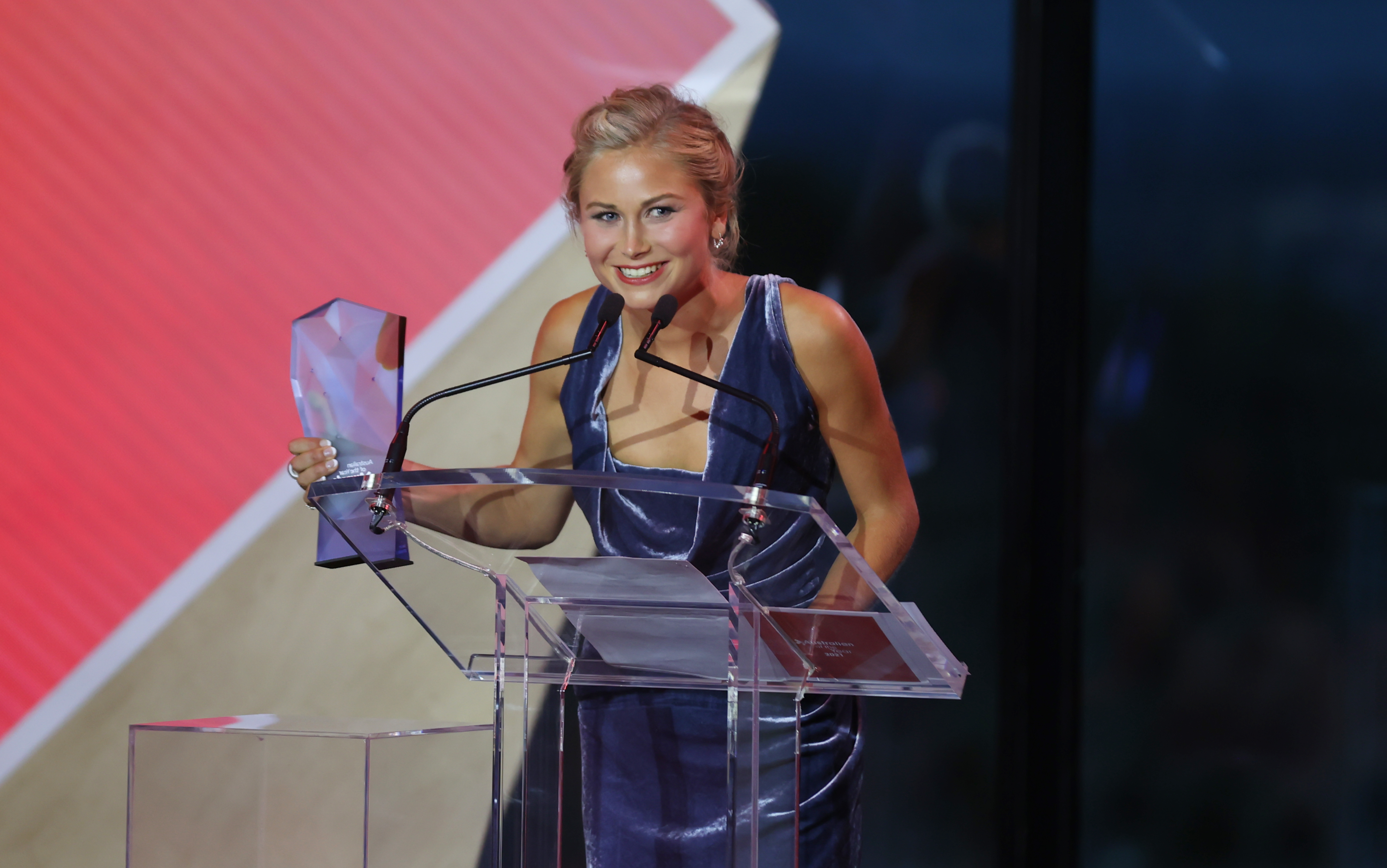 'Eat my fear' - the mantra tattooed on her hand

In her acceptance speech, Ms Tame spoke about the psychological damage caused by grooming and its power to destroy lives.

"Grooming and its lasting impacts are not widely understood," she said.

"Predators manipulate all of us - family, friends, colleagues, strangers, in every class, culture and community. They thrive when we fight amongst ourselves and weaponise all our vulnerabilities. Trauma does not discriminate. Nor does it end when the abuse itself does."

A tattoo on the back of her hand reads: "Eat my fear".

Ms Tame explained its significance to The Sydney Morning Herald yesterday before her win.

"It's about swallowing the terror and moving forward regardless," she said.

"That's what predators weaponise – they weaponise our fear. That's the foundation of their psychological manipulation, which is a huge element of prolonged sexual abuse.

"I say, no, let's transfer it back into their hearts, where it belongs."

A predator in plain sight

When Bester first began to groom her, Ms Tame was a talented scholarship student struggling with anorexia, a past history of sexual abuse by another child and a busy home life with a baby brother on the way.

She told Funnell how Bester was able to gain her trust.

Seeing her alone in the schoolyard one day, he invited her back to his office where she opened up about her problems.

He gave her the key to his office and he became her confidant, often talking to her for hours.

Bester, who was the head teacher of maths and science, told her he "learnt more from her than any other student in 30 years of teaching".

Slowly, he began to isolate her from her friends and family.

"He knew my mum was pregnant so he would disparage pregnant women saying they are irrational," Ms Tame told Funnell.

"He told me to ignore the advice of my doctors saying I could cope with my anorexia on my own and that he would help me.

"He measured me in his office and told me what weight I would need to get to. I began to substitute his judgment and advice for that of the experts." 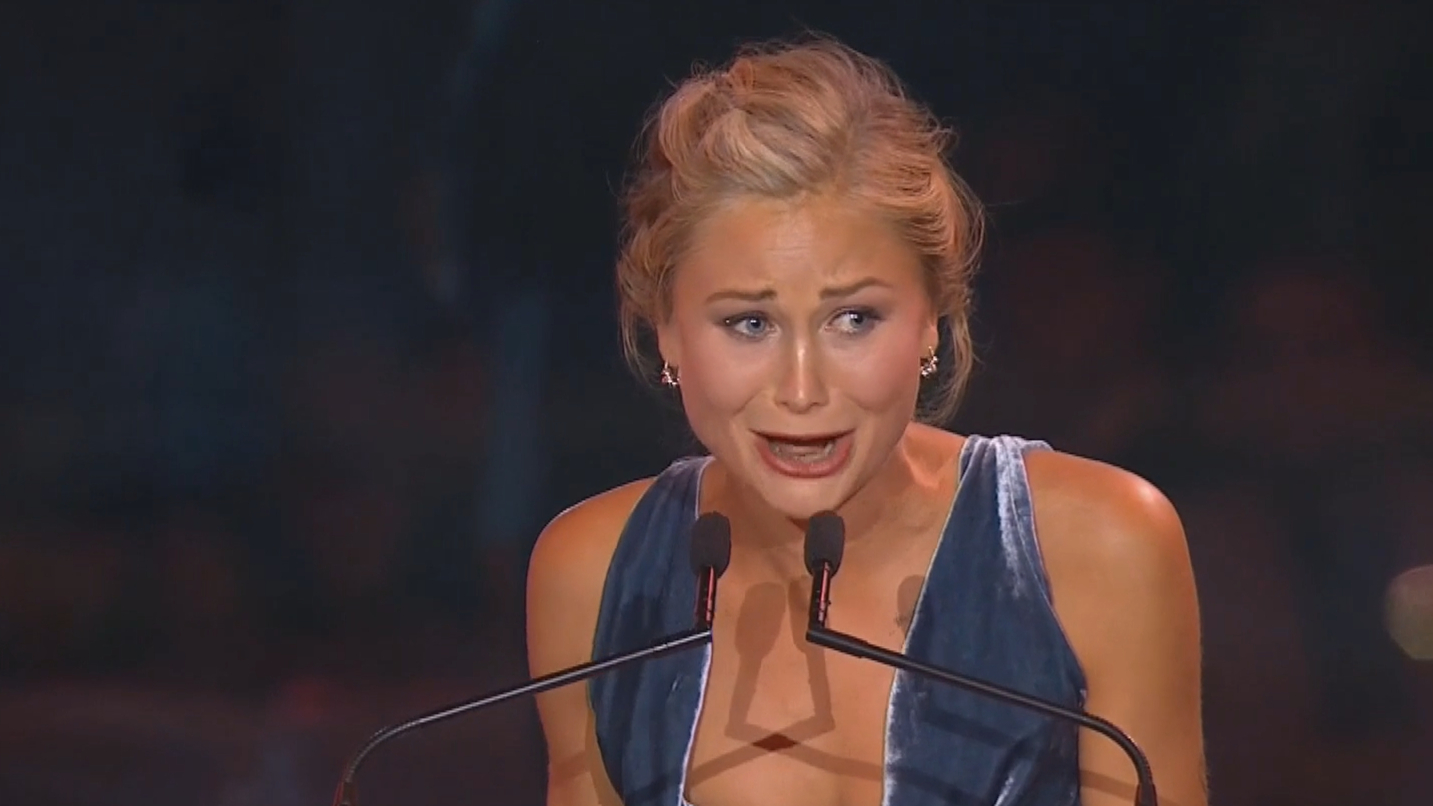 The physical abuse began in June 2010 when Bester recreated the scene of Ms Tame's first assault, locking her in a small school storeroom and told her to strip.

READ:  Doctors at odds with PM on borders

"He recreated the scene of abuse from my childhood," Ms Tame said.

"I was terrified. My stomach just dropped. I thought he was my friend and it suddenly hit me all at once what his real intentions were.

"In that moment my world fell away and I didn't know what else he might be capable of doing."

The abuse escalated and went on to include 20 to 30 instances of unlawful intercourse over months.

"I had tried to put him off by telling him that I would be hopeless because I was a virgin and was really not into that sort of thing but it was of no use. He planned it very carefully.

"I will never forget that night. I was 15, drunk, and lying on the floor of a dark office at my own school. I never resisted. I just let it happen, aware that any screams would be unheard."

The sexual abuse continued until December 2010, when Ms Tame turned 16.

Even before the abuse started, Ms Tame's parents had expressed concerns to the school about the amount of time he was spending alone with her unsupervised. 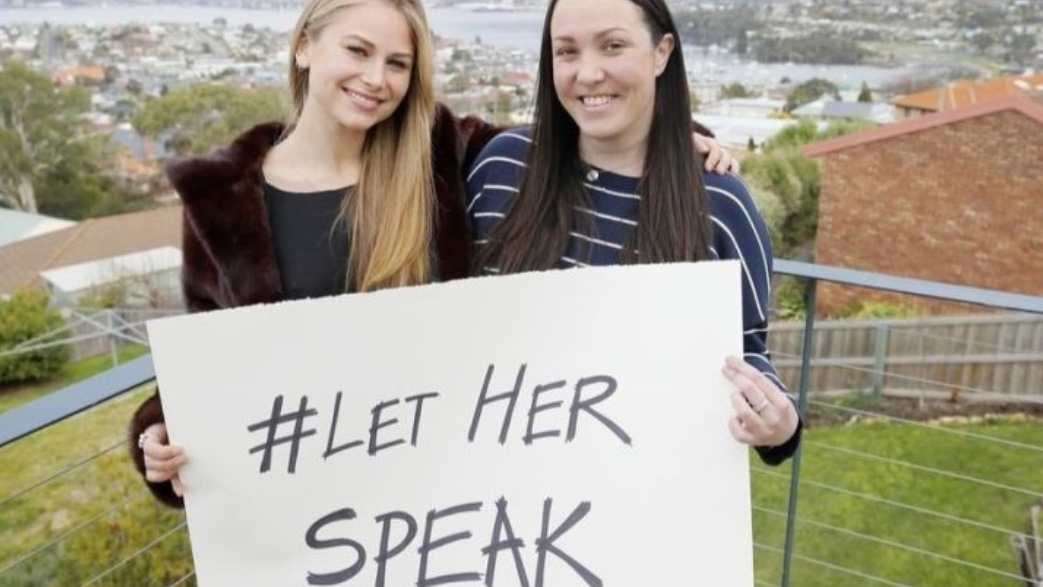 Bester was warned to stay away but he didn't do so for long. Other teachers would witness things that left them concerned, but a report was never made to the police.

It was Ms Tame who found the courage to speak out.

Bester was charged with maintaining a sexual relationship with someone under the age of 17 and sentenced to two years and six months in jail as well as a further four months in jail for possession of child pornography.

When she first reported the abuse, Ms Tame said she was shamed and bullied by other kids in the playground and called a "slut" and a "homewrecker" because Bester was married.

She was also forced to hear sneering gossip around Hobart about the court case.

In the years that followed, the media would also play a role in softening the portrayal of Bester, a convicted paedophile.

He claimed Ms Tame's behaviour was "sexually provocative" and that school girls "exploit their seductive powers to ruin the lives of men".

He said: "I lost everything, I lost my home … I lost my job, I lost my status in the community. I lost absolutely everything. It was a devastating time [for me]".

All the while, Ms Tame was legally unable to respond.

READ MORE: #LetHerSpeak: 'The only person this archaic law protects is the perpetrator'

A talented runner and artist

Tormented by the abuse, Ms Tame initially dropped out of school. But she later finished her higher school certificate and gained an ATAR of 98.3. 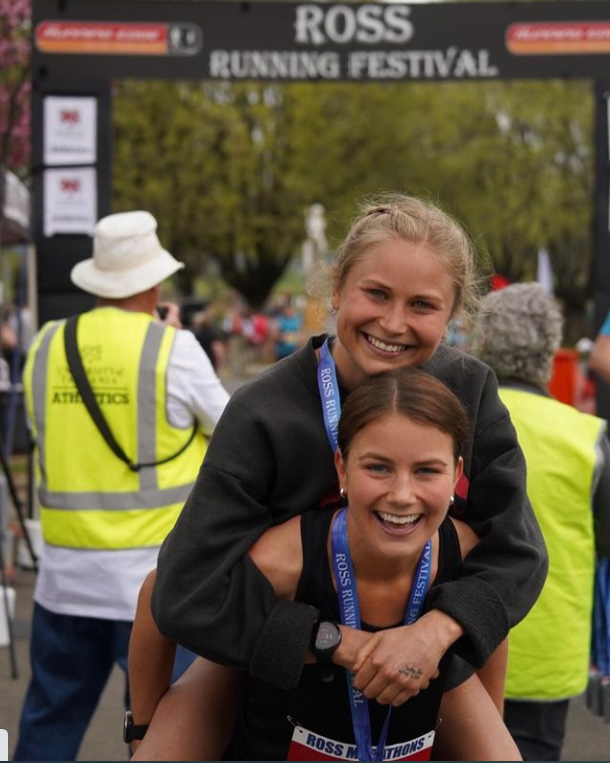 She is now an artist, with high-profile clients including comedian John Cleese.

After COVID-19 hit, Ms Tame moved back to Tasmania and last year she took her love of running further, winning a marathon, an accomplishment she spoke of in her acceptance speech with a hint of awe.

"Eleven years ago, I was in hospital, anorexic with atrophied muscles, I struggled to walk," she said.

"Last year I ran a marathon.

"We do transform as individuals and as a community."