A new security fence has been constructed around the White House to keep US protesters and rioters at bay hours after President Donald Trump walked Washington’s streets.

A new security fence has been constructed around the White House to keep Black Lives Matters protesters and race rioters at bay hours after US President Donald Trump freely walked Washington, DC's streets and declared himself an "ally of all peaceful protesters".

The streets around the White House complex were shut Tuesday morning, guarded by a mix of Secret Service officers and FBI agents.

Overnight, the fence was constructed around Lafayette Park and along 17th St at Pennsylvania Ave, two areas that have been focal points for protests.

Work crews were still at work boarding up businesses in the area and attempting to remove graffiti from federal buildings. 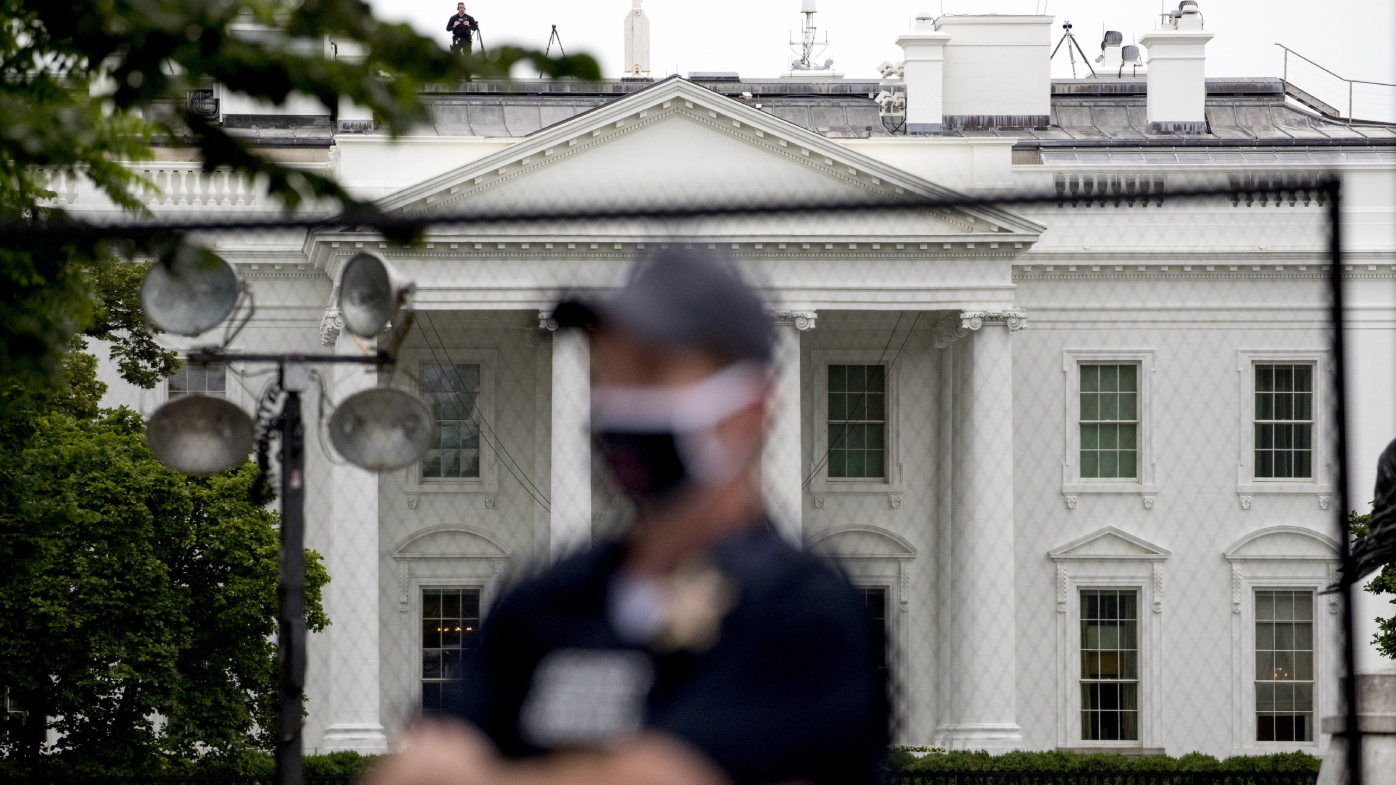 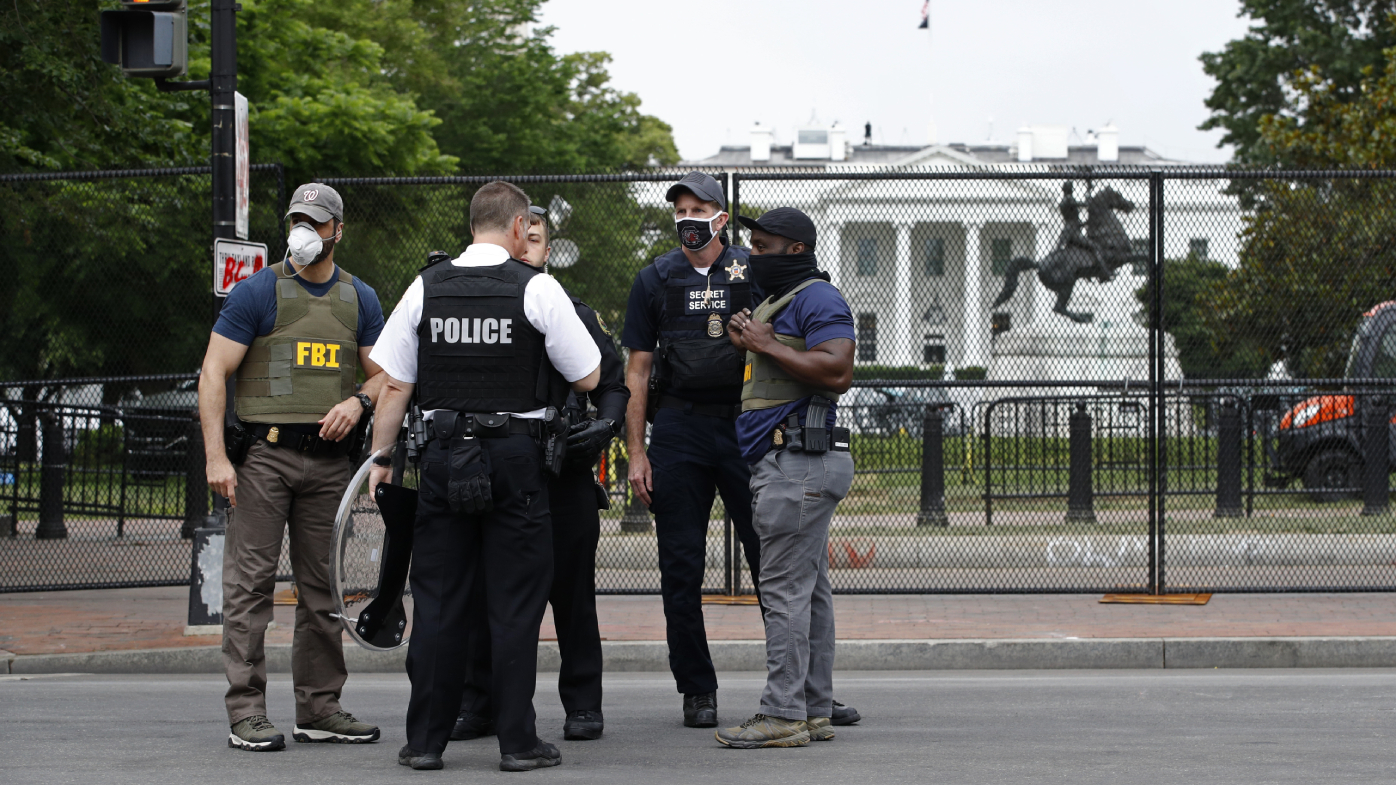 Trump addressed the nation from the Rose Gardens on Monday as protesters outside the White House gates were dispersed with tear gas and flash bangs.

He said in the speech that he was "dispatching thousands and thousands of heavily-armed soldiers, military personnel, and law enforcement officers" to stop the rioting, looting, vandalism, assaults, and destruction of property seen during protests over the death of African American George Floyd in Minneapolis.

A 7pm curfew was also announced and has been strictly enforced in Washington, DC.

By 4am, however, 9News' US Correspondent Amelia Adams had reported the new security fence had been erected in preparation for the coming day's protests.

It comes as Trump described some of the actions of protesters across the United States as "domestic terror, the destruction of innocent life and the spilling of innocent blood".

READ:  Investigation into death of woman who accused Christian Porter of rape 'incomplete' 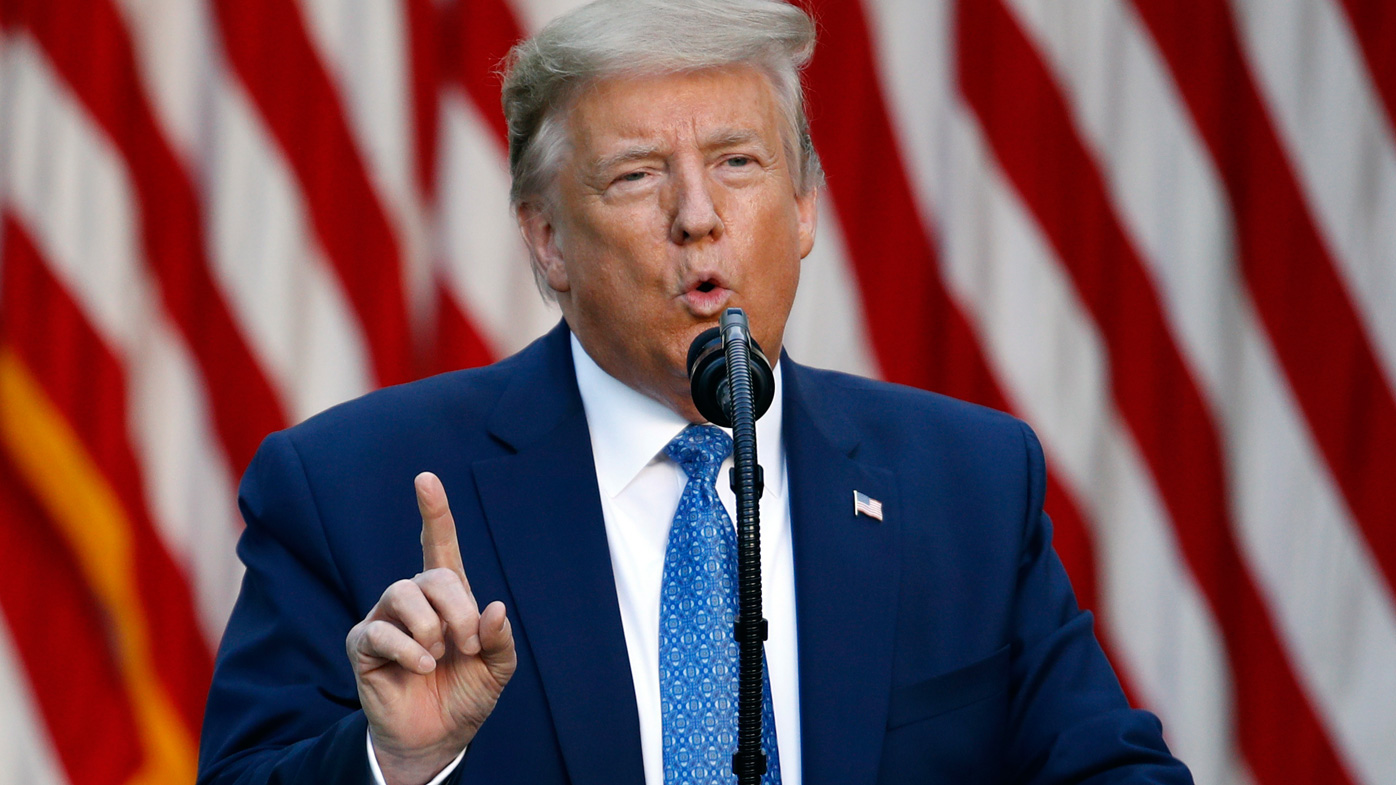 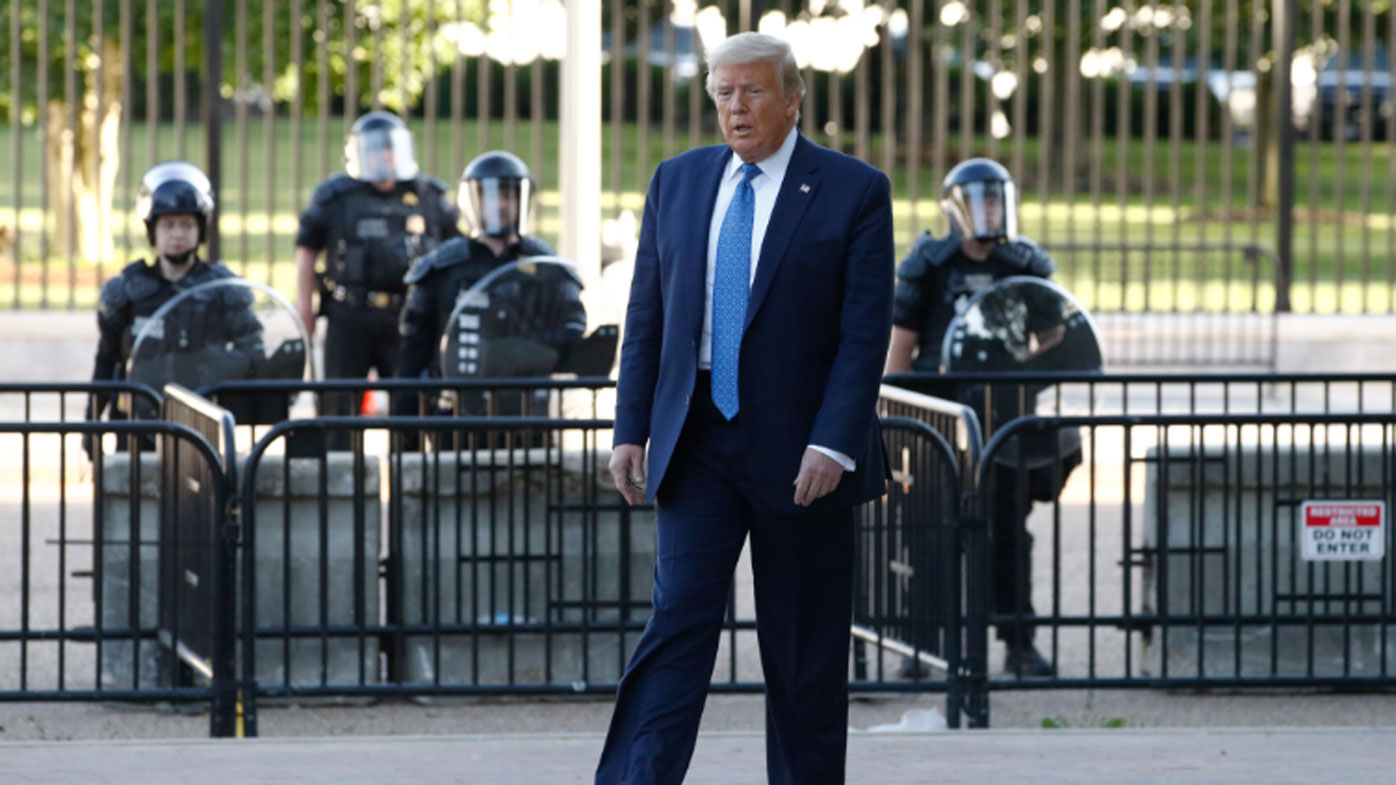 "I want the organisers of this terror to be on notice that you will face severe criminal penalties and lengthy sentences in jail. This includes Antifa and others who are leading instigators of this violence," he said.

The President and his entourage then left the White House precinct and walked nearby streets. 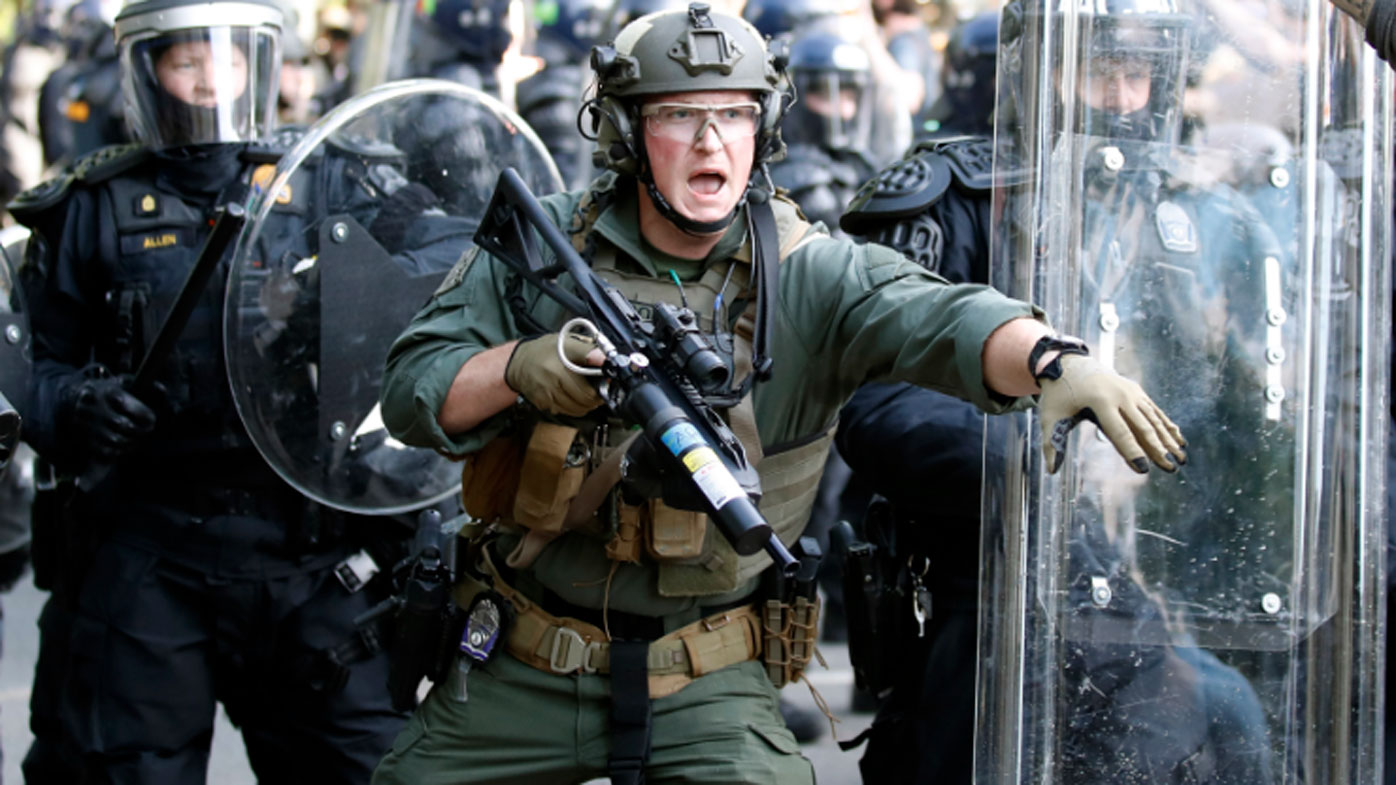 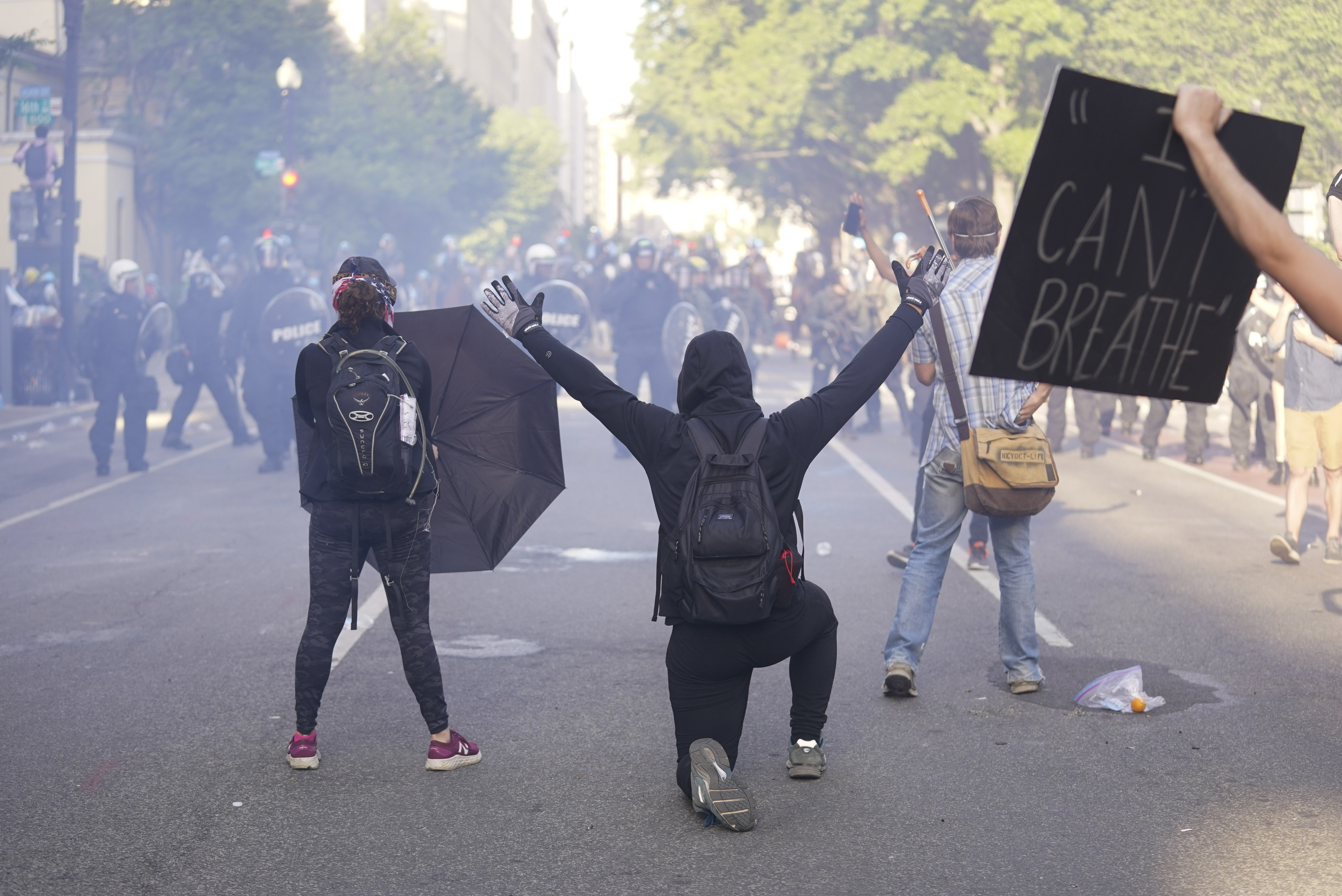 Flanked by police, Mr Trump carried a bible to St John's Church which had been damaged by fire in the riots.

After a moment of silence, Mr Trump said the US nation was "the best in the world" and he pledged to "keep it nice and safe".