Tensions between the White House and Pentagon have stretched to near a breaking point over President Donald Trump’s threat to use military force against street protests triggered by George Floyd’s death.

Tensions between the White House and Pentagon have stretched to near a breaking point over President Donald Trump's threat to use military force against street protests triggered by George Floyd's death.

Friction in this relationship, historically, is not unusual. But in recent days, and for the second time in Mr Trump's term, it has raised a prospect of high-level resignations and the risk of lasting damage to the military's reputation. 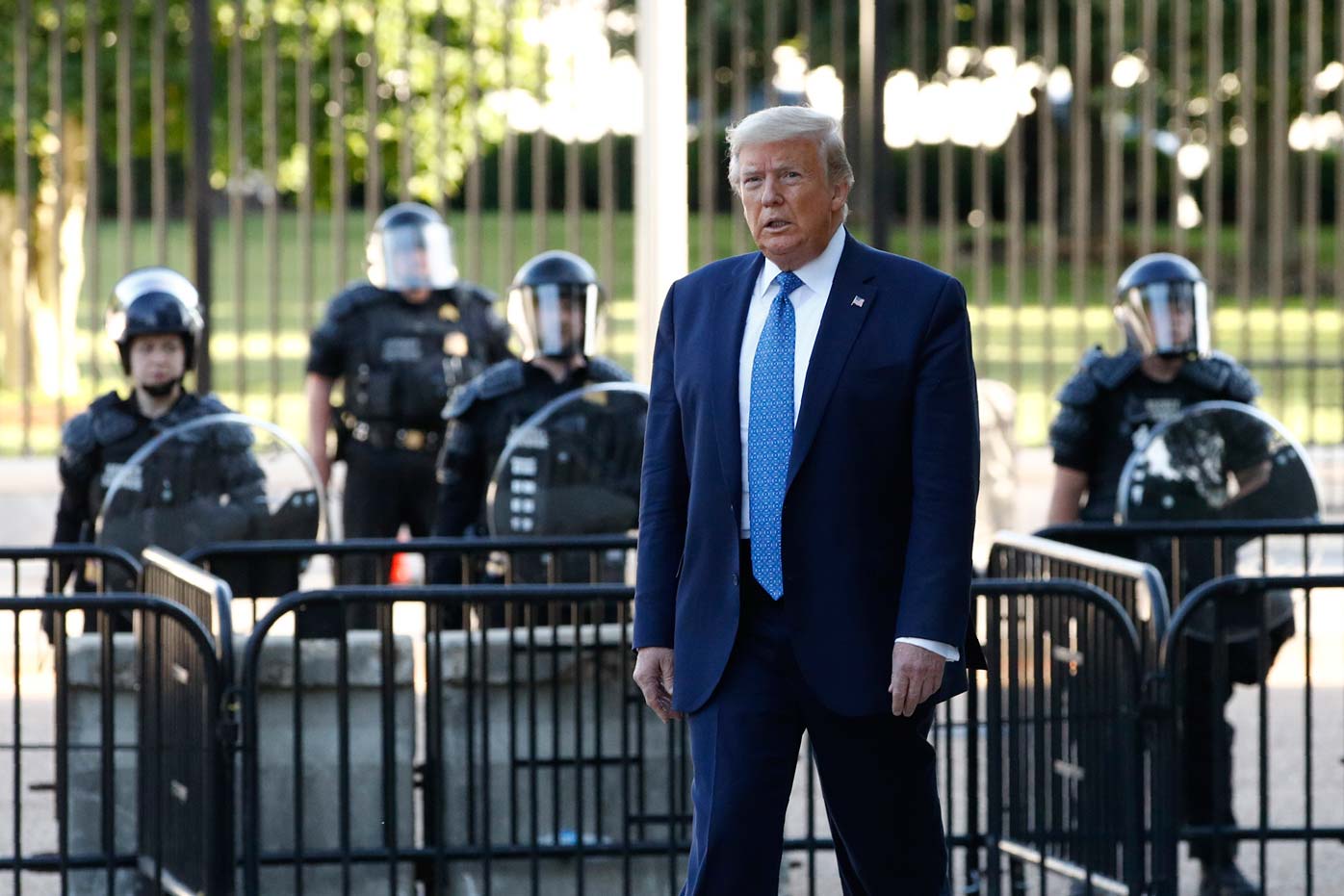 Calm may return, both in the crisis over Floyd's death and in Pentagon leaders' angst over Mr Trump's threats to use federal troops to put down protesters.

But it could leave a residue of resentment and unease about this president's approach to the military, whose leaders welcome his push for bigger budgets but chafe at being seen as political tools.

The nub of the problem is that Mr Trump sees no constraint on his authority to use what he calls the "unlimited power" of the military even against US citizens if he believes it necessary.

Military leaders generally take a far different view. They believe that active-duty troops, trained to hunt and kill an enemy, should be used to enforce the law only in the most extreme emergency, such as an attempted actual rebellion. That limit exists, they argue, to keep the public's trust.

Vincent K. Brooks, a recently retired Army four-star general, says this "sacred trust" has been breached by Mr Trump's threat to commit active-duty troops for law enforcement in states where he deems a governor has not been tough enough against protesters. 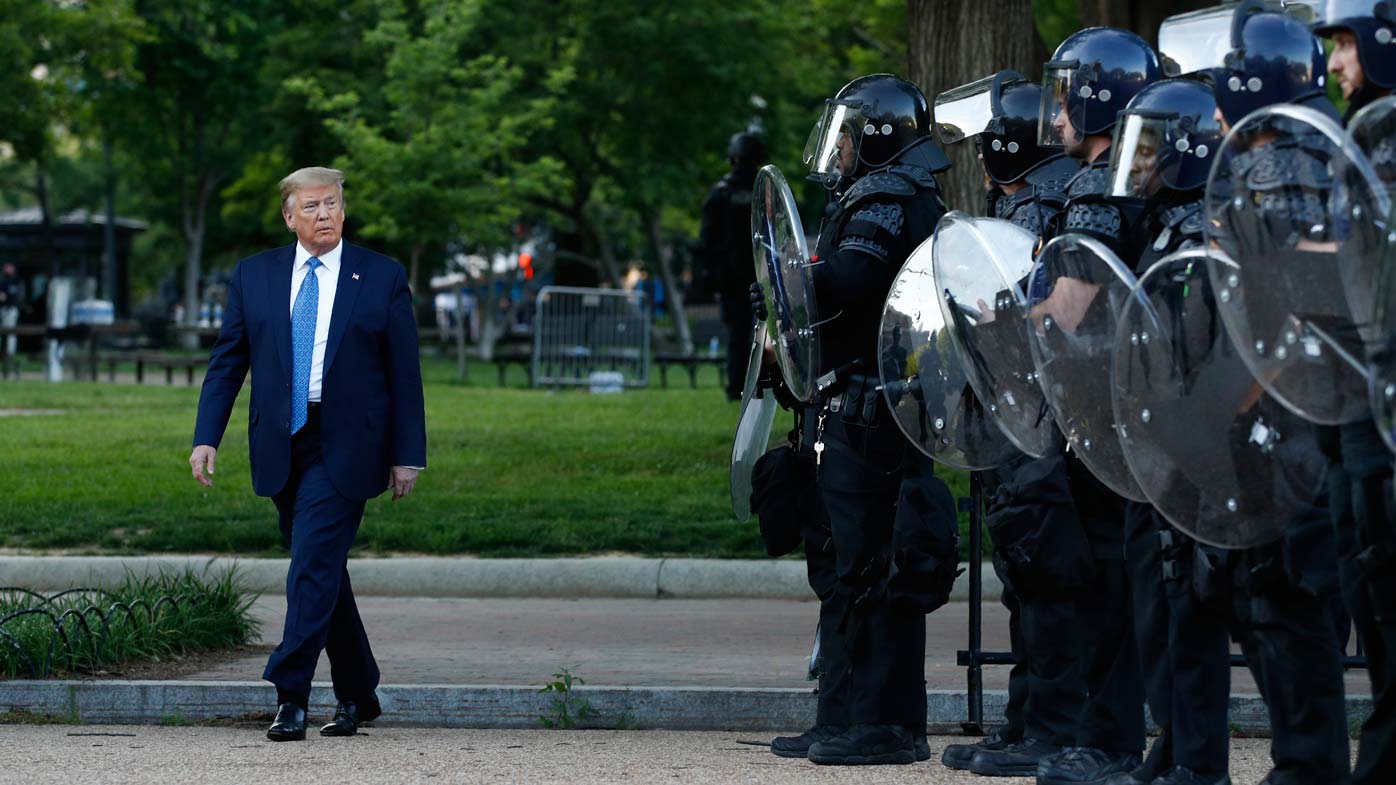 "It is a trust that the military, especially the active-duty military – 'the regulars' – possessing great physical power and holding many levers that could end freedom in our society and could shut down our government, would never, never apply that power for domestic political purposes," Mr Brooks wrote in an essay for Harvard University's Belfer Center, where he is a senior fellow.

Even beyond the prospect of using active-duty forces, the presence of National Guard troops on the streets of the nation's capital has drawn criticism, particularly after a Guard helicopter may have used improperly to intimidate protesters.

Defense Secretary Mark Esper has made known his regret at having accompanied Mr Trump to a presidential photo opportunity in front of a church near the White House.

He has said he did not see it coming – a blind spot that cost him in the eyes of critics who saw a supposedly apolitical Pentagon chief implicitly endorsing a political agenda.

Mr Esper two days later risked Mr Trump's ire when he stepped before reporters at the Pentagon to declare his opposition to Mr Trump invoking the two-centuries-old Insurrection Act.

That law allows a president to use the armed forces "as he considers necessary" when "unlawful obstructions... or rebellion against the authority of the United States" make it impractical to enforce US laws in any state by normal means. 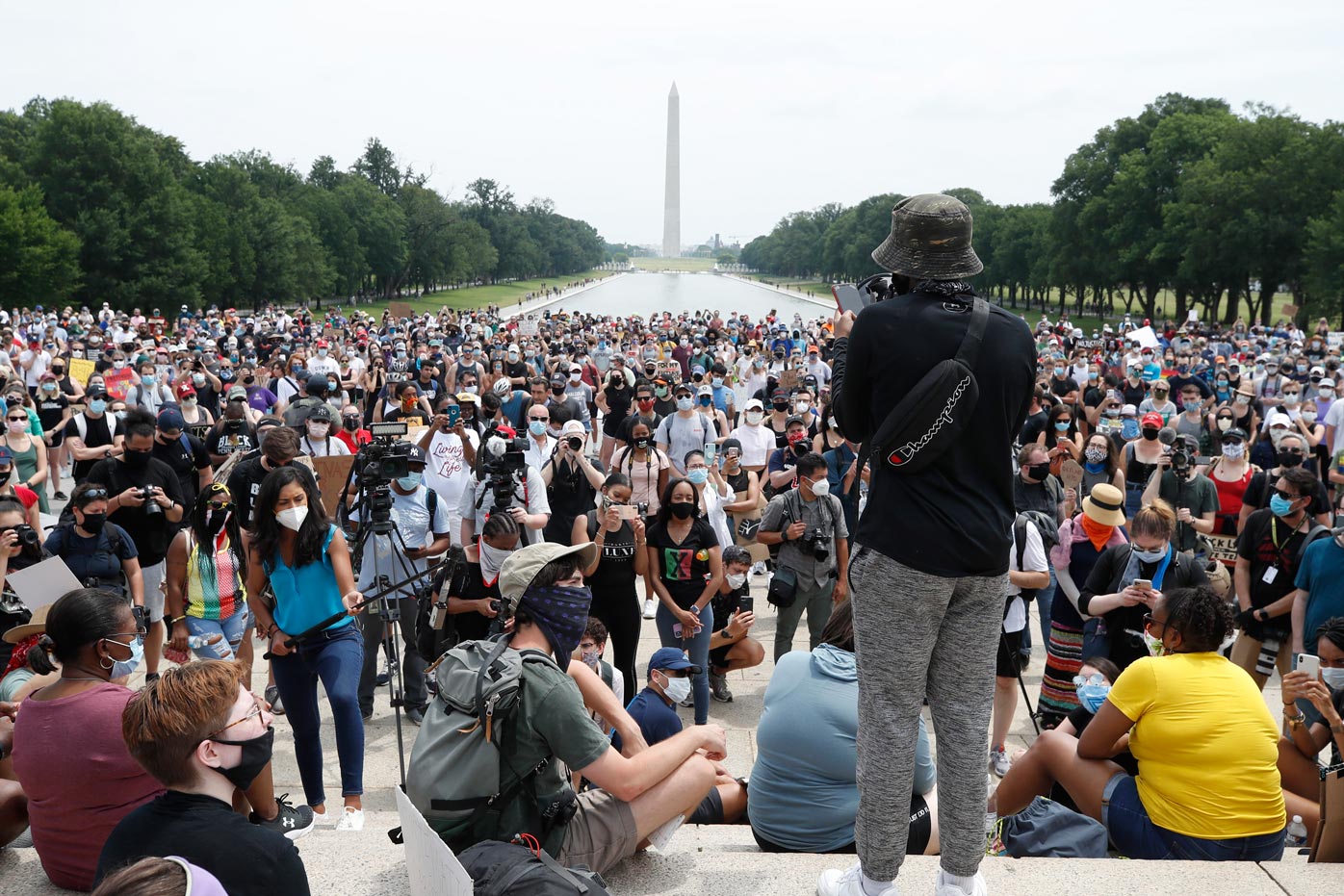 Mr Esper said plainly that he saw no need for such an extreme measure, a clear counterpoint to Mr Trump's threat to use force.

Almost immediately, word came from the White House that Mr Trump was unhappy with his defense secretary, who often mentions his own military credentials as a West Point graduate and veteran of the 1991 Gulf War in Iraq.

"Secretary Esper has been instrumental in securing our nation's streets and ensuring Americans have peace and confidence in the security of their places of business, places of worship, and their homes," she said.

After a night of sometimes violent protesting in Washington last Sunday, Mr Esper pulled several active-duty units, including a military police battalion, to bases just outside the nation's capital.

He never called them into action and may have figured that positioning them close to the capital would give him more time to dissuade Mr Trump from resorting to the Insurrection Act.

On Friday, officials said the last of those active-duty units were being sent back home.

Mr Trump lost his first defense secretary, retired Marine Gen. Jim Mattis, over an accumulation of grievances, and it took an unusually long time to replace him.

For half a year after Mattis resigned in December 2018, the Pentagon was run by acting secretaries of defense – three in succession, the longest such stretch of interim leadership in Pentagon history – before Mr Esper took over last July. 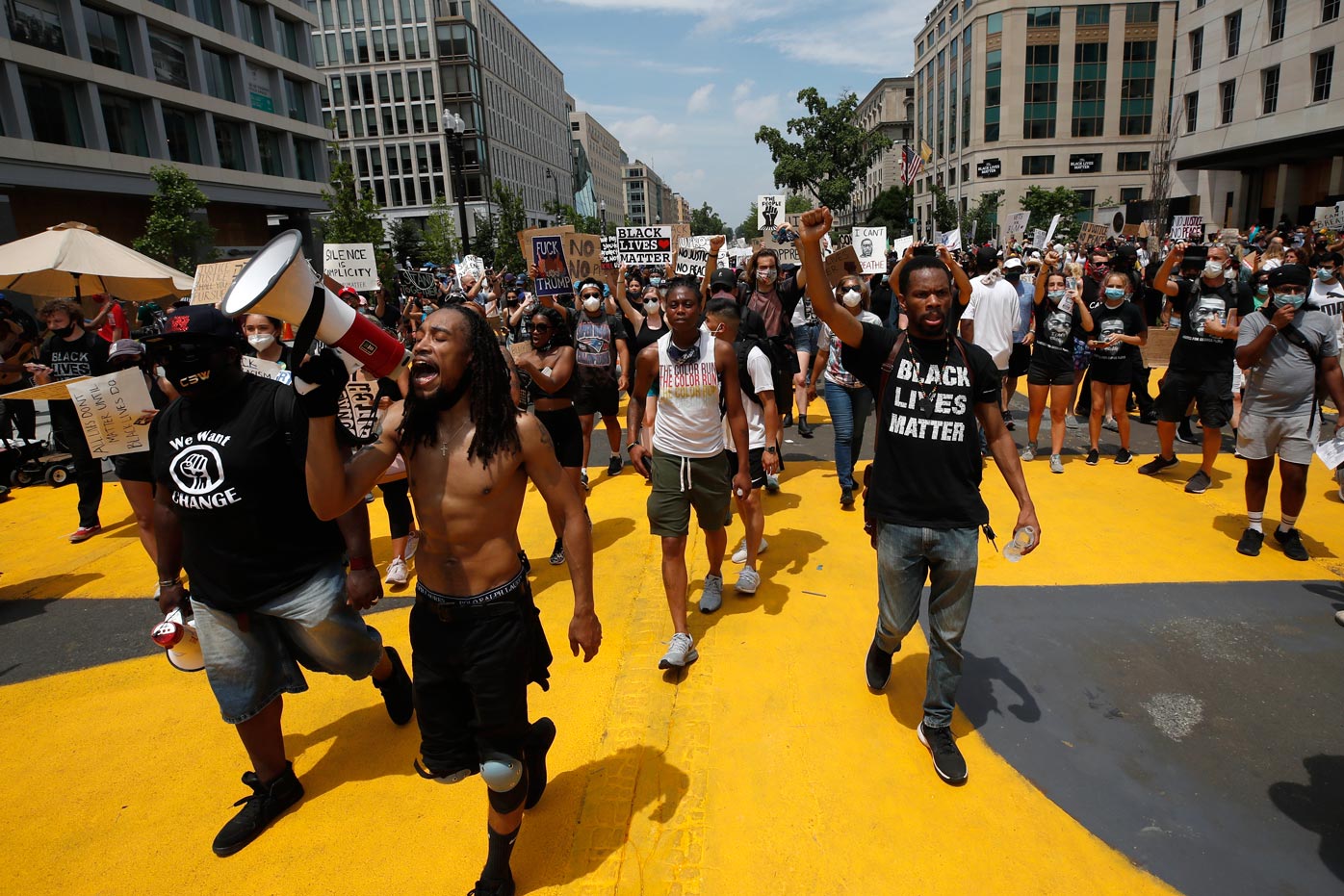 This week, Mattis added weight to the worry that Mr Trump is militarising his response to the street protests in Washington and across the nation.

Calling himself "angry and appalled", Mattis wrote in an essay for The Atlantic that keeping public order in times of civil unrest is the duty of civilian state and local authorities who best understand their communities and are answerable to them.

"Militarising our response, as we witnessed in Washington, D.C., sets up a conflict – a false conflict – between the military and civilian society," Mattis wrote.

The worry felt among Pentagon leaders is reflected in the Joint Chiefs chairman, Gen. Mark Milley, reaching out privately to members of Congress in recent days to discuss concerns about use of the military on American streets.

Gen. Milley has been publicly quiet since he caused a stir by joining Mr Esper on a walk with Mr Trump across Lafayette Square for a presidential photo opportunity Monday. The optics were awkward.

Police had forcibly pushed peaceful protesters out of the way just before Mr Trump and his entourage strolled to St. John's Episcopal Church in the square, where Mr Trump held up a Bible.

Mr Esper made matters worse by saying, in a conference call earlier that day with governors, that they should use their National Guard troops to dominate the "battlespace", a term widely interpreted by critics as suggesting street protesters should be treated like battlefield enemies.

Mr Esper said later it was a poor choice of words.

"America is not a 'battle space'," former Defense Secretary William J. Perry said in a statement.

"And the people he threatens to dominate are American citizens, not enemy combatants."