With less than two weeks until US Election Day, Donald Trump and Joe Biden will square off Thursday night (Friday morning and early afternoon in Australia) in their final debate.After an ill-tempered first debate, President Tru…

With less than two weeks until US Election Day, Donald Trump and Joe Biden will square off Thursday night (Friday morning and early afternoon in Australia) in their final debate.

After an ill-tempered first debate, President Trump and Democratic challenger Biden have been told they will have their microphones muted while their rival delivers their opening two-minute answer to each of the debate topics.

Trump backed out of a second scheduled debate over a disagreement about the virtual format following his coronavirus infection. At that time, he raised concerns about having his microphone muted.

Biden is leading most national polls but has a narrower advantage in the battleground states that could decide the race. More than 42 million people have already cast their ballots. 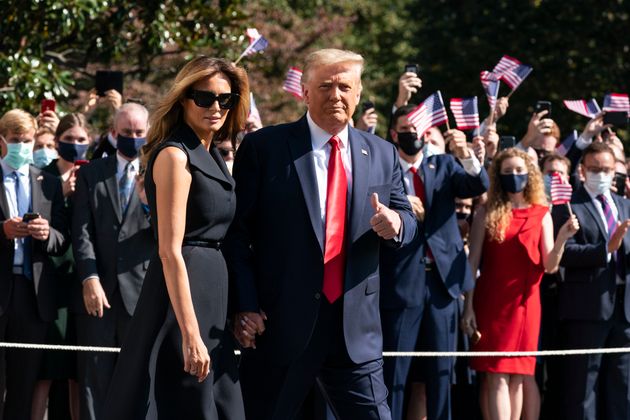 Here’s what you need to know about the second and final presidential debate...

What time does the final presidential debate start in Australia?

The debate will start at 8pm CDT on Thursday in the US, or 12pm AEDT on Friday for Victoria, ACT, New South Wales and Tasmania, 11am in Queensland, 11.30am in South Australia, 10.30 in NT, and 9am in Western Australia.

How do I watch the debate in Australia?

How long will the debate go for?

The debate at Belmont University in Nashville, Tennessee, goes for 90 minutes.

Who is the debate moderator?

The debate will be moderated by NBC News White House correspondent Kristen Welker, who has already faced criticism from Trump. In what appeared to be preemptive damage control, Trump attacked Welker as “terrible and unfair”. 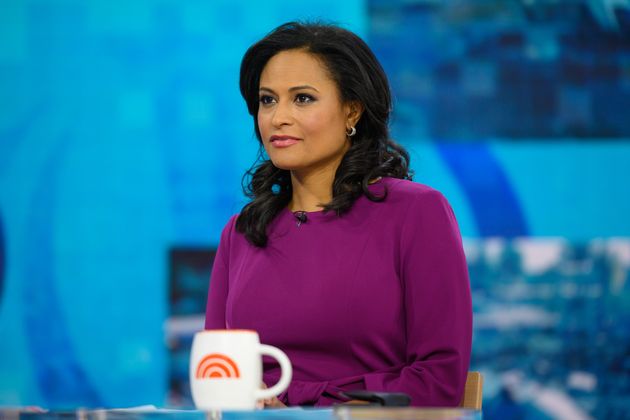 It was a change of tone from January, when Trump congratulated Welker after she was given a slot as a weekend anchor, saying NBC “made a very wise decision.”

Trump senior campaign adviser Jason Miller said on Fox News just last week that Welker — whom he characterised as “very fair” — would do an “excellent job” moderating the third debate. “I have a very high opinion of Kristen Welker,” he said.

READ:  Apple unveils new products in the middle of a global pandemic

Trump previously agreed to Welker as a moderator. The presidents oldest son, Donald Trump Jr, piped up in a retweet: “Yikes! Here we go again!” He linked to an article claiming Welker has “deep Democratic ties.”

While Welker was one of four questioners at a Democratic presidential debate last Autumn, this is by far the 44-year-old journalist’s biggest stage.

The Philadelphia-born Welker has been with NBC News since 2010, after local news stints in Redding, California; Providence, Rhode Island; and her home city. A former intern at the “Today” show, she now hosts the program’s weekend edition.

She’s the first Black woman to moderate a presidential debate since Carole Simpson in 1992.

Some of Trump’s supporters also dug up evidence that Welker’s parents had contributed to Democratic campaigns in the past as a way of questioning her objectivity. There have been no such accusations levied against Welker, a registered independent.

Oh, and Welker knows how to keep her cool, even when the unexpected happens...

What is the presidential debate format and what are the topics?

The 90-minute commercial-free debate is divided into six 15-minute segments, with each candidate granted two minutes to deliver uninterrupted remarks before proceeding to an open debate. The open discussion portion of the debate will not feature a mute button, but interruptions by either candidate will count toward their time in the debate.

The nonpartisan Commission on Presidential Debates announced the rule changes Monday, three weeks after a chaotic opening faceoff between the two presidential contenders that featured frequent interruptions — most by Trump. 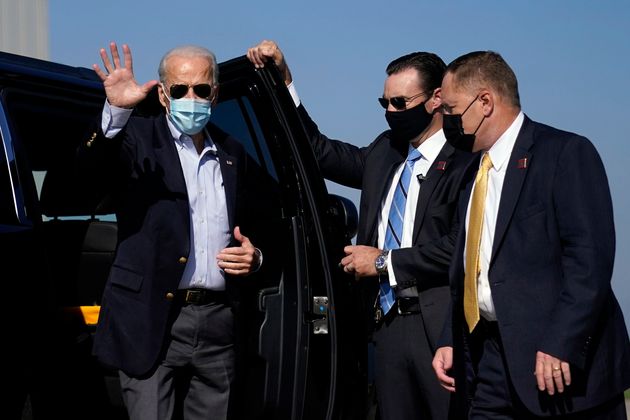 The commission has faced pressure from the Trump campaign to avoid changing the rules, while Biden’s team was hoping for a more ordered debate. In a statement, the commission said it “had determined that it is appropriate to adopt measures intended to promote adherence to agreed upon rules and inappropriate to make changes to those rules.”

Earlier on this week Trump’s campaign said it was unhappy with the announced set of topics for Thursday’s debate, arguing that it should focus more on foreign policy and asserting that the nonpartisan group was tilted toward Biden.

Biden’s campaign said both sides previously agreed to let moderators choose the subjects. It said Trump wanted to avoid discussing his stewardship of the coronavirus pandemic, which surveys show is the top issue for voters.

What happened in the other debates? Trump backed out of a second scheduled debate over a disagreement about the virtual format following his COVID-19 infection.

Who’s winning in the polls?

Trump is openly contemplating the prospect of losing, while Biden is warning his supporters against overconfidence as the 2020 presidential election speeds into its closing days.

With millions of votes already cast, Biden’s lead in the national polls appears to be as strong as ever. His advantage in some battleground states, including Florida, is narrowing, but he’s forced Trump on the defensive in states like Iowa and Georgia that Democrats six months ago didn’t seriously expect to win.

The number of Americans who voted early reached 30.2 million on Monday, according to the University of Florida’s United States Elections Project. That number represents more than one-fifth of all the votes cast in the 2016 election.

Early voting is likely to ramp up this week as more states open up voting centers for those who want to avoid possible coronavirus exposure at crowded Election Day polling sites.

READ:  Schoolboy risks life to save child from house fire

What do the experts say?

Thursday’s faceoff in Nashville represents a huge opportunity for Trump to generate some badly needed momentum. There will be no moment before Election Day in which more persuadable voters are paying attention to the Republican president’s message.

Trump cannot afford another bad performance. His angry and aggressive posture that marred the first debate was widely considered a blunder, and it helped Biden extend his polling advantage.

But there is also significant pressure on Biden. Given Trump’s persistent questions about the 77-year-old former vice president’s age and mental health — fair or unfair — Biden cannot afford to have a “senior moment” or anything like it on the biggest political stage of his life.

How old are Joe Biden and Donald Trump - and is age an issue?

Trump and his campaign have spent time, energy and loads of money painting Biden as senile. Trump has accused Biden of improving his mental acuity by using performance-enhancing drugs. Challenged about the source for his information, Trump suggested he found it online: “You can check out the internet. You’ll see. Plenty of people say it.”

The president’s comments build on millions of dollars of television and digital ads — some dishonestly edited to make Biden seem incoherent or doctored to make him look infirm — that the Trump campaign has purchased over a period of months, making it one of the leading lines of attack against his opponent.

With files from The Associated Press and Reuters

﻿See the latest polling, news and analysis on HuffPost Australia’s US election hub