It’s just hours until America decides on Donald Trump or Joe Biden on US Presidential Election Day, and like other countries, Australia will be watching and awaiting the winner. While Election Day is Tuesday November 3 in the …

It’s just hours until America decides on Donald Trump or Joe Biden on US Presidential Election Day, and like other countries, Australia will be watching and awaiting the winner.

While Election Day is Tuesday November 3 in the US, this falls on Wednesday November 4 in Australia. Various local television networks will cover the election from 6am AEDT through to the evening in different formats.

While polls in some states will open during what will be November 3 in Australia, they will all close on November 4 by the afternoon AEDT.

In 2016 the result of the US Presidential Election was announced by The Associated Press news agency at 2:30am ET which was early evening in Australia.

However, it’s possible in 2020 we won’t know who won on the day. Huge numbers of people have voted by mail or at early in-person polling sites amid concerns about exposure to the coronavirus at busy Election Day voting places.

More than 90 million Americans have already cast ballots, according to a tally on Saturday from the U.S. Elections Project at the University of Florida, setting the stage for the highest participation rate in over a century. 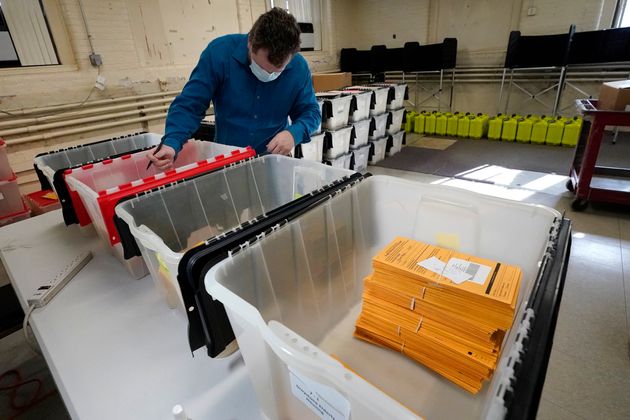 The record-breaking pace, about 65 percent of the total turnout in 2016, reflects an intense interest in the vote.

Democrats hold a significant advantage in early voting due to their embrace of postal ballots, which Republicans have historically cast in large numbers but have shunned amid repeated and unfounded attacks by Trump, who says the system is prone to widespread fraud.

The final result and the winner of the presidential election will be decided when all of the validly cast votes are counted ― whether that takes hours, days or weeks.

When Will The US Election Air On Australian TV?

The ABC’s coverage will begin 6am AEDT on Wednesday November 4, kicking off with a special US Election edition of ‘News Breakfast’ with hosts Lisa Millar and Michael Rowland reporting from Washington DC.

From 10am, Ellen Fanning, Stan Grant and David Speers will front the network’s continuous coverage, with live crosses to reporters and correspondents on the ground in the US.

At 7pm Leigh Sales will host a one-hour program dissecting the day’s ongoing events, and at 8pm on the ABC News Channel, Hamish Macdonald and Julia Baird will discuss the outcome of the election.

Meanwhile Channel 9′s coverage will start at 5am AEDT on November 4 with 9News Early, followed by breakfast TV show Today running till 11am AEDT.

From 11am the election coverage continues with host Peter Overton and the network’s political expert and former US correspondent, Charles Croucher. They will regularly cross to political editors and correspondents in Canberra and the US.

Channel 10 has partnered with CBS News in the US to bring expert opinions an analysis live on ’10 News First’ from 11.00am AEDT.

Up-to-the-minute polling results and coverage on 7NEWS begins Wednesday with an extended edition of ‘Sunrise’ live from 5:30am AEDT, with Kochie and Sam live to Natalie Barr in Washington, DC.

Michael Usher and Angela Cox, Seven’s former US Correspondent of seven years who has covered two US elections, for all-day live rolling coverage from 10am AEDT. They’ll cross to 7NEWS US Bureau Chief Ashlee Mullany from inside Donald Trump’s camp and US Correspondent Tim Lester on the campaign trail with Joe Biden.

TV coverage will continue into the evening as it’s almost certain we won’t know who would have won on the day.

What Time Will We Know The US Election Result In Australia?

How US Voting Works

Elections are determined by the electoral college in America, as opposed to a popular vote.

The Electoral College is made up of 538 electors who cast votes to decide the President and Vice-President of the United States.

When voters go to the polls, they will be choosing which candidate receives their state’s electors. The candidate who receives a majority of electoral votes (270) wins the Presidency.

The number 538 is the sum of the nation’s 435 Representatives, 100 Senators, and 3 electors given to the District of Columbia (Washington, DC).

When will votes be counted?

It will be nearly impossible for election clerks on Election Day to count the record number of absentee and provisional ballots that are anticipated to be cast in those three states, as well as in other crucial battlegrounds. Election officials in many states are underfunded and under-resourced, and in some by law are not allowed to begin counting ballots until Election Day.

Polling and absentee ballot request data from some states show that Democratic voters are far more likely to cast their ballots via the mail during the coronavirus pandemic and that Republicans are more inclined to vote in-person. In Pennsylvania, for example, 70% of all absentee ballot requests were made by registered Democrats, as of September 14.

Trump could contest the results

Perhaps some irregularities will occur ― a high number of rejected ballots due to normal voter errors, or maybe too many of Trump’s voters try to vote twice, as he has encouraged, something he could point to as election fraud. But Trump could also call the election tainted even if there is no reason to do so ― a notably disturbing possibility.

“There is this risk that the parties start fighting over the vote tallies even when there’s no problem with the vote tallies,” said Ned Foley, an election law expert at Ohio State University’s Moritz College of Law who wrote a paper in 2019 about this exact scenario. “We could see a situation where they’re fighting even when the system is working properly.” 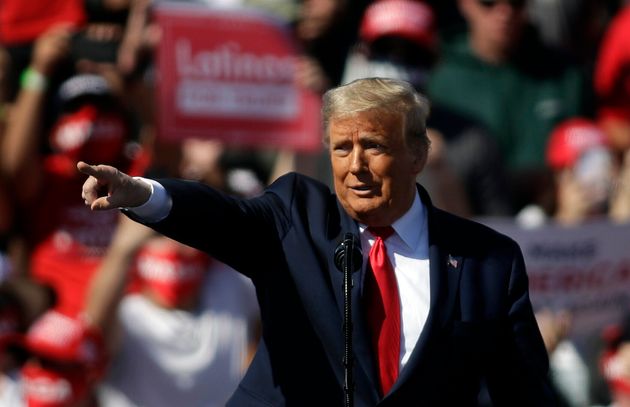 Who will call the election result?

While many media outlets call out results as they get information coming in, The Associated Press (AP) is widely seen as a reliable source when it calls the result.

AP has local reporters across all 50 states in the US who collect votes at a local level, plus it also gathers results from state or county websites and online data feeds.

These stringers then phone in results to a vote entry clerk in one of AP’s ‘Vote Entry Centers’. From there a dedicated vote entry clerk keys in the results, before plenty of checks and verifications are performed.

When AP announced Donald Trump’s victory in 2016, this meant the election result had been officially called.

With additional reporting by Paul Blumenthal, HuffPost US