For the past week, we’ve had our hands-on Samsung’s new phone, watch, wireless headphones and tablet, which is the first 5G enabled tablet to hit Australian shores. Here’s what you need to know, before you buy any of it.

For the past week, we've had our hands-on Samsung's new phone, watch, wireless headphones and tablet, which is the first 5G enabled tablet to hit Australian shores.

There's plenty to like but none of the new devices come cheap.

Here's what you need to know, before you buy any of it.

Samsung has completely redesigned its Bluetooth headphones - ditching the rubber in-ear tip - for a bean shape that curves with your ear.

They may look a little weird, but they fit really well.

For me, this style was infinitely more comfortable than the old Galaxy Buds. The Buds Live never felt like they were falling out when I was running, and you can almost forget you're wearing headphones at all. 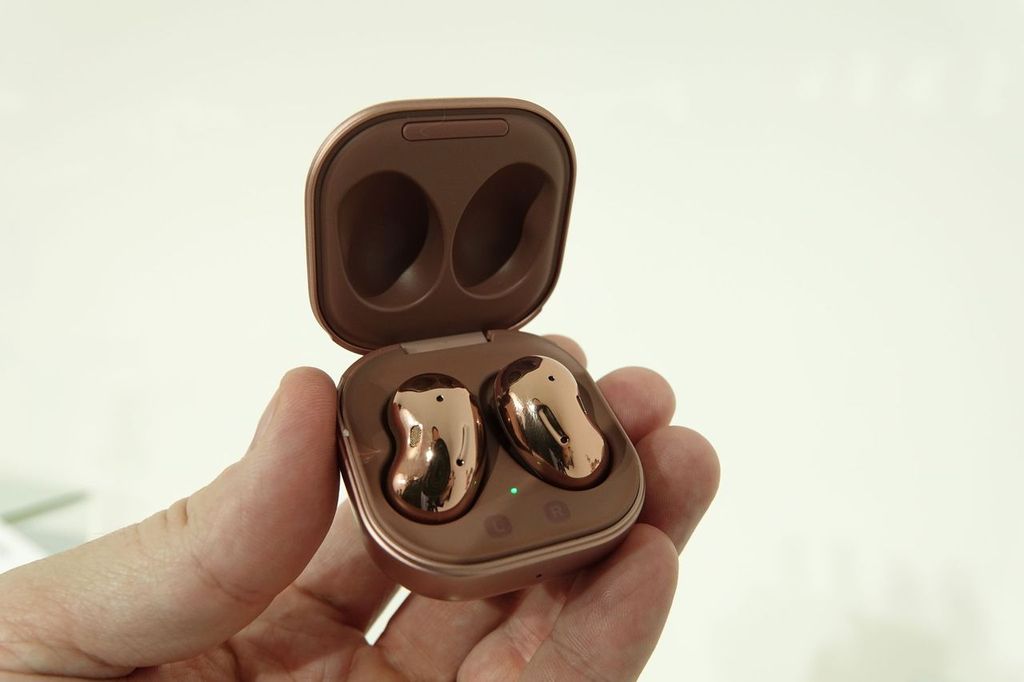 The audio quality is solid, they get pretty loud if you want to block out everything around you, but at lower volumes it's easy to still speak to someone and hear cars if you're crossing the road.

However, there is a trade-off for the tiny design: the battery. A full charge will last roughly six hours. That's not amazing by today's standards given the old Buds Plus lasted 11 hours, but it's still better than Apple's Airpods Pro at 4.5 hours.

The upgrades on the new Galaxy Watch3 aren't as obvious and aren't as exciting.

Samsung's classic rotating bezel is still here - don't fix what isn't broken. The screen size hasn't changed but the watch is now lighter and thinner. And the new leather bands are nice. 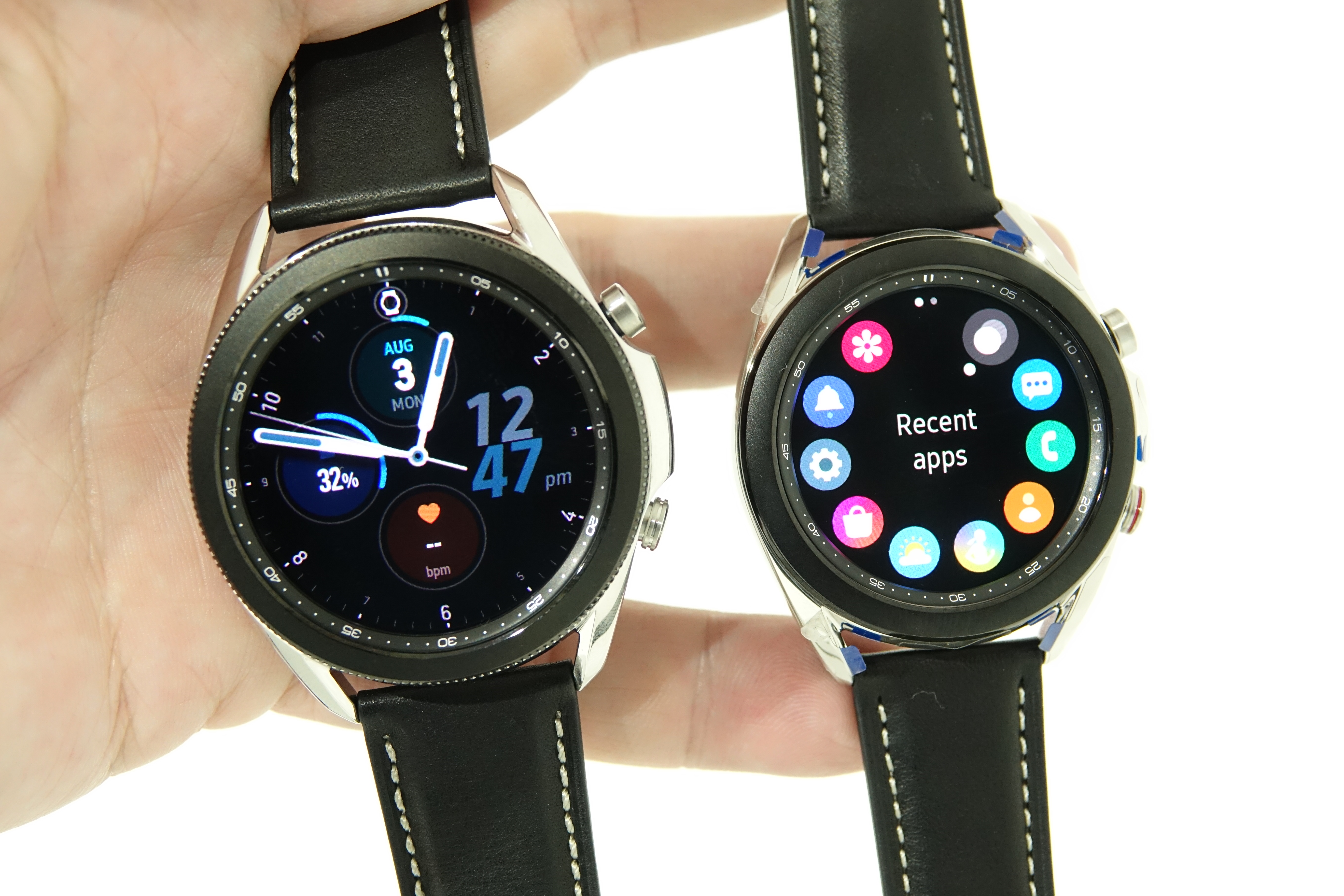 What's been added is a better heart monitor, fall detection and more workouts in Samsung's health app - which does much more analysis this time around.

Everything about Samsung's power phone is big. Its screen, its cameras, the battery and its price tag.

For starters, the 6.9-inch screen is amazing. It's super smooth and super bright. Maybe a little too bright even on its lowest setting if you want to scroll Instagram for 20 minutes before falling asleep. You definitely won't be squinting to use it in full sunlight. 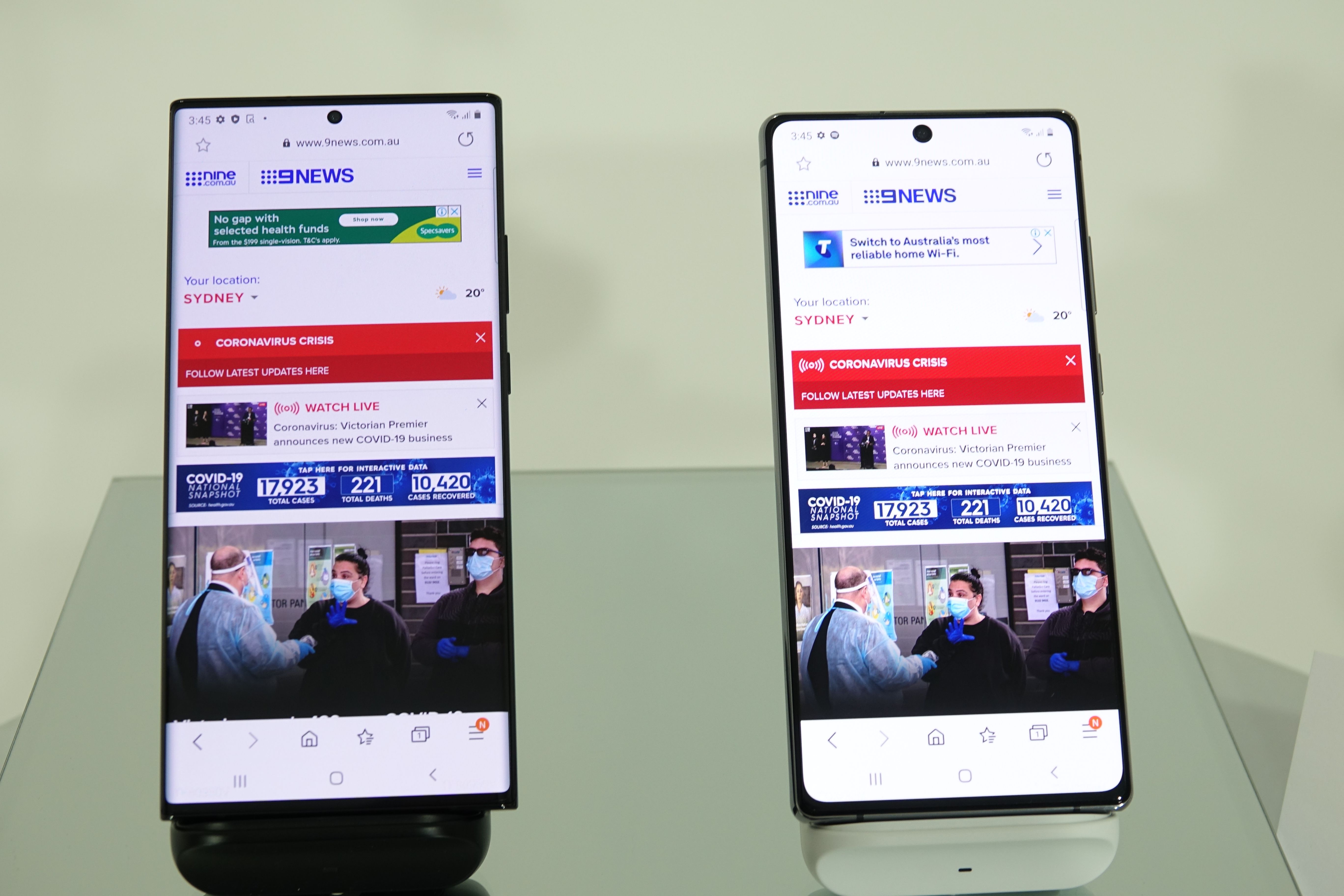 The selfie-camera hole-punch still looks infinitely better than the iPhone's eyebrow, and doesn't impact videos at all.

The new Gorilla glass is susceptible to smudging but feels nice to the touch and can apparently handle a two metre drop - I do not get paid enough to try that - even on grass.

Yes, the Note20 Ultra gets the same 108-megapixel sensor upgrade that we saw on the Galaxy Ultra but with one notable downgrade.

The 10x optical zoom on the Galaxy has been cut to 5x on the Note. That's still better than the 2x optical zoom you get on the current iPhone, but is an odd backwards step on a flagship phone.

You get what you'd expect with the fantastic ultrawide lens, and on the whole, the Note20 Ultra takes phenomenal pictures and some of the best video on any phone you can buy (8K).

What I didn't expect was how huge the camera notch on the back would be. It's giant and if you're not using a case, the phone can't sit flat on a surface at all.

In better news, the battery on the NOTE20 Ultra is a beast. I spent hours watching videos, hotspotting to my laptop for work and making calls and still had 20 per cent battery life at the end of the day.

Coming from Google's Pixel 4XL, a battery that can last all day is a godsend.

There's a whole bunch of other features that need to be mentioned, including: support for Google's answer to AirDrop 'Nearby Share' and Samsung's partnership with Microsoft to stream Xbox Games to your phone - when that eventually launches in Australia.

You can't talk about the Note20, without mentioning the pen.

The S-Pen is still a bit too thin for my liking, but it's what you can do with it that matters.

It's more responsive than ever, with what you draw taking just nine milliseconds to appear on screen.

Plus, you can take really specific screenshots, your notes now automatically sync to the cloud and taking a selfie with the pen is much easier than performing hand gymnastics to hit the button.

The pen is part of the Note20's charm. You can completely ignore it, but it's nice to have, especially given the size of the screen.

One last thing I need to mention, there's no wired headphones in the box.

It's not that big of a deal breaker given there are pre-order deals that give you the wireless Buds Live for free, but it's something to be aware of.