It’s the day Democrats, Republicans, and those who love a spectacle have been waiting for.

It is the day Democrats, Republicans, and those who love a spectacle have been waiting for.

And while we've been warned a result might take days, or weeks, to work out. There will be some early concrete indications about whether it will be Donald Trump or Joe Biden picking up the keys to the White House.

Here are some things to watch.

The most important swing state (along with Pennsylvania). When it turned red in 2016, bookmakers quickly flipped Donald Trump from outsider to favourite, and history was written.

Thankfully in this crucial bellwether, the results are expected to come in quickly. 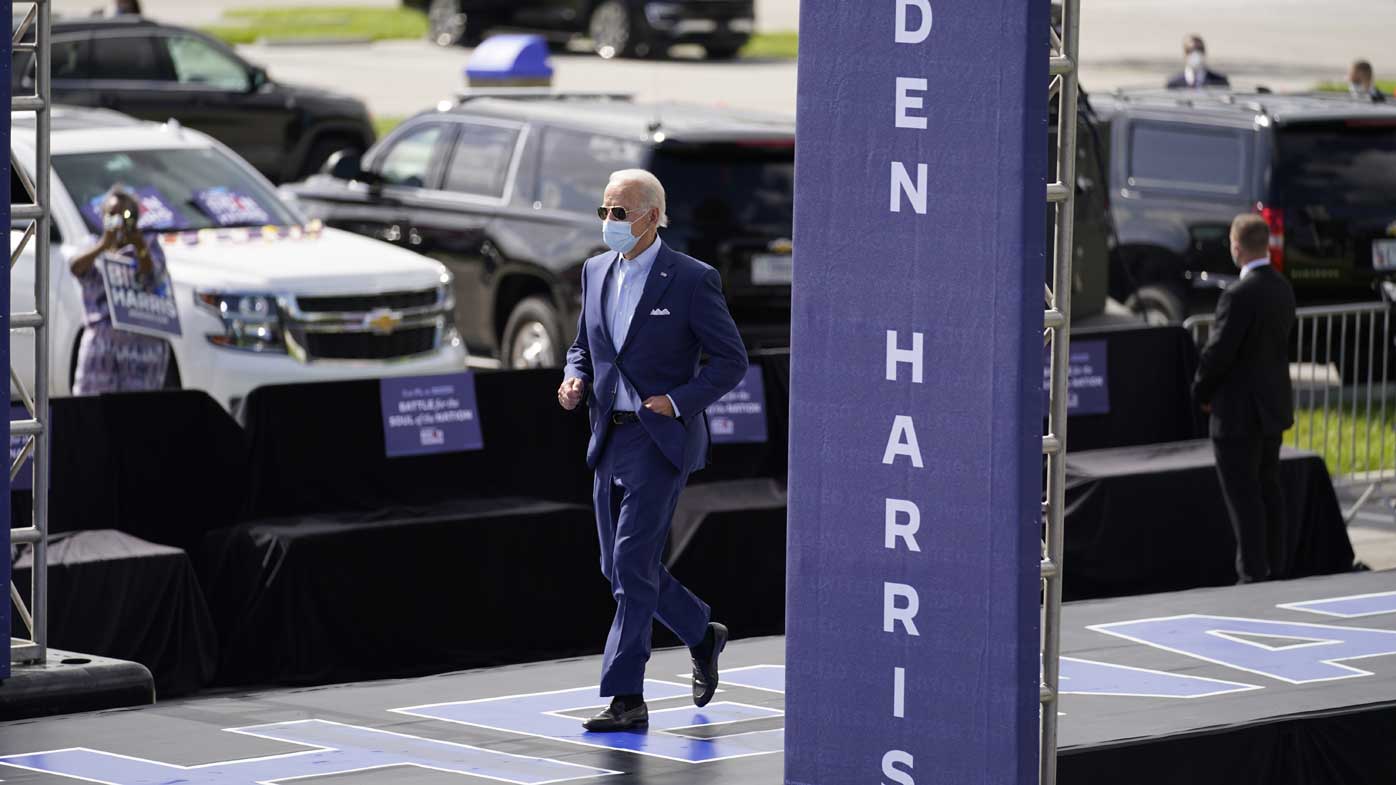 The state is well equipped to handle a pandemic election thanks to a debacle in 2000 when the Presidency hung in the balance for a month while the country waited for Florida's results.

Since then, the counting systems have been updated and early indications should be seen around 11:15am AEDT, with a likely winner able to be determined at around midday.

Pollsters currently have Joe Biden as a narrow favourite to take out Florida, and if he does, it will make re-election for Donald Trump almost impossible.

Forecaster Harry Enten says Trump's chances will drop to 5% if he loses the pan handle, in part because Florida's result is often very close to the national vote. 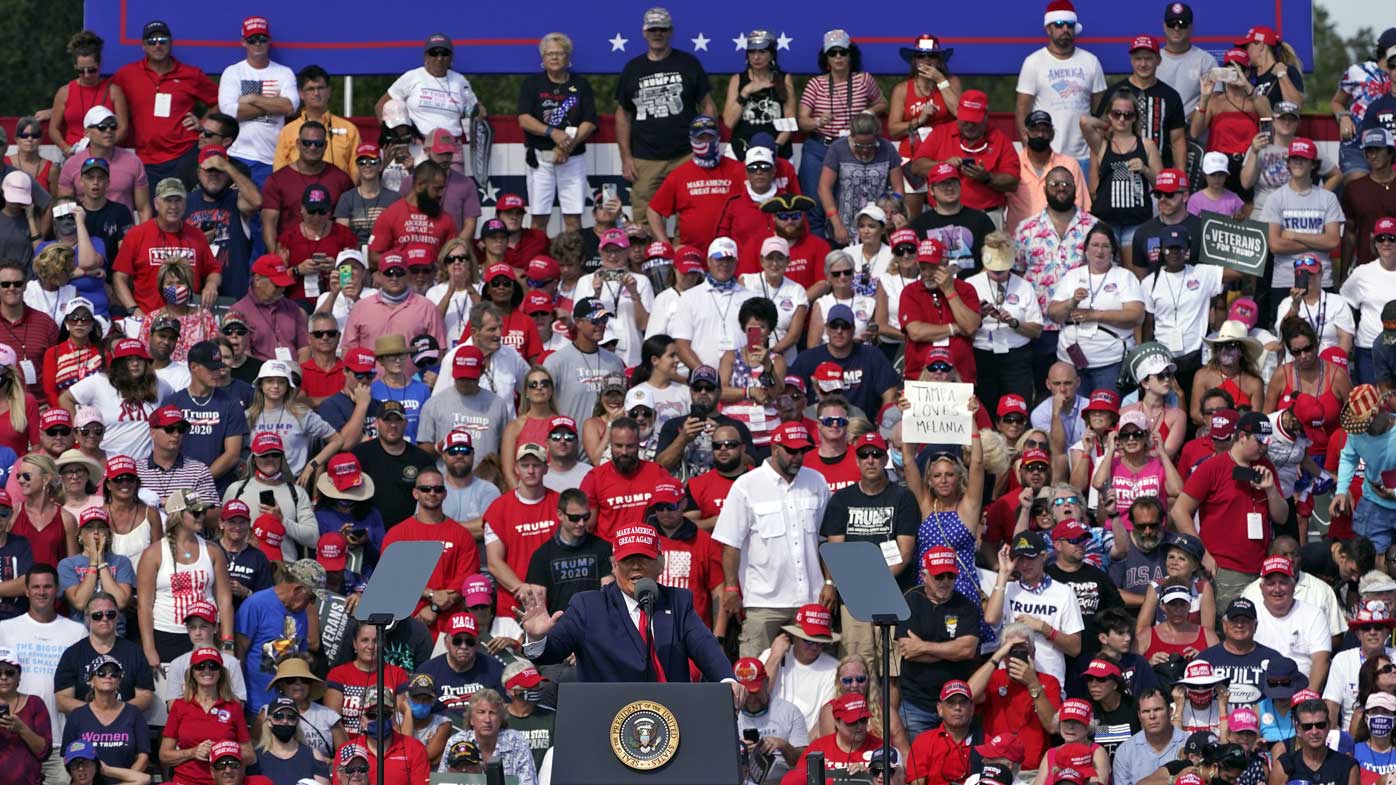 Republicans on the ground though are insistent that Donald Trump will carry the state, pointing to new voter registrations and an increase in Hispanic support for the President. Some bookmakers also have Donald Trump as a narrow favourite.

Democrats remain optimistic given the slim margin in 2016 (1.2%), while also hoping that senior voters who powered that victory will turn away from Mr Trump after his handling of the pandemic.

If Donald Trump carries Florida, attention will turn to these other southern states. All should be well placed to provide early results, and all will play a crucial role in determining the President.

Georgia is a traditional conservative stronghold, that has been seeing growing support for Democrats due to changing demographics.

Donald Trump won it by just over 5% in 2016 and has been holding rallies there in recent weeks trying to sandbag support with polls indicating the state is a coin toss.

A loss wouldn't be terminal, but hugely damaging, as each southern state lost means another he needs to win in the mid-west where he is trailing Joe Biden.

Conversely, an early strong showing by the President will put many Republicans at ease.

Donald Trump won this state by 3.66% in 2016, but polls shows in recent days have shown an uptick in support for Mr Biden.

Once again, when the early results come in, the President may be able to survive a loss in one of these states, but more than one would be disastrous. 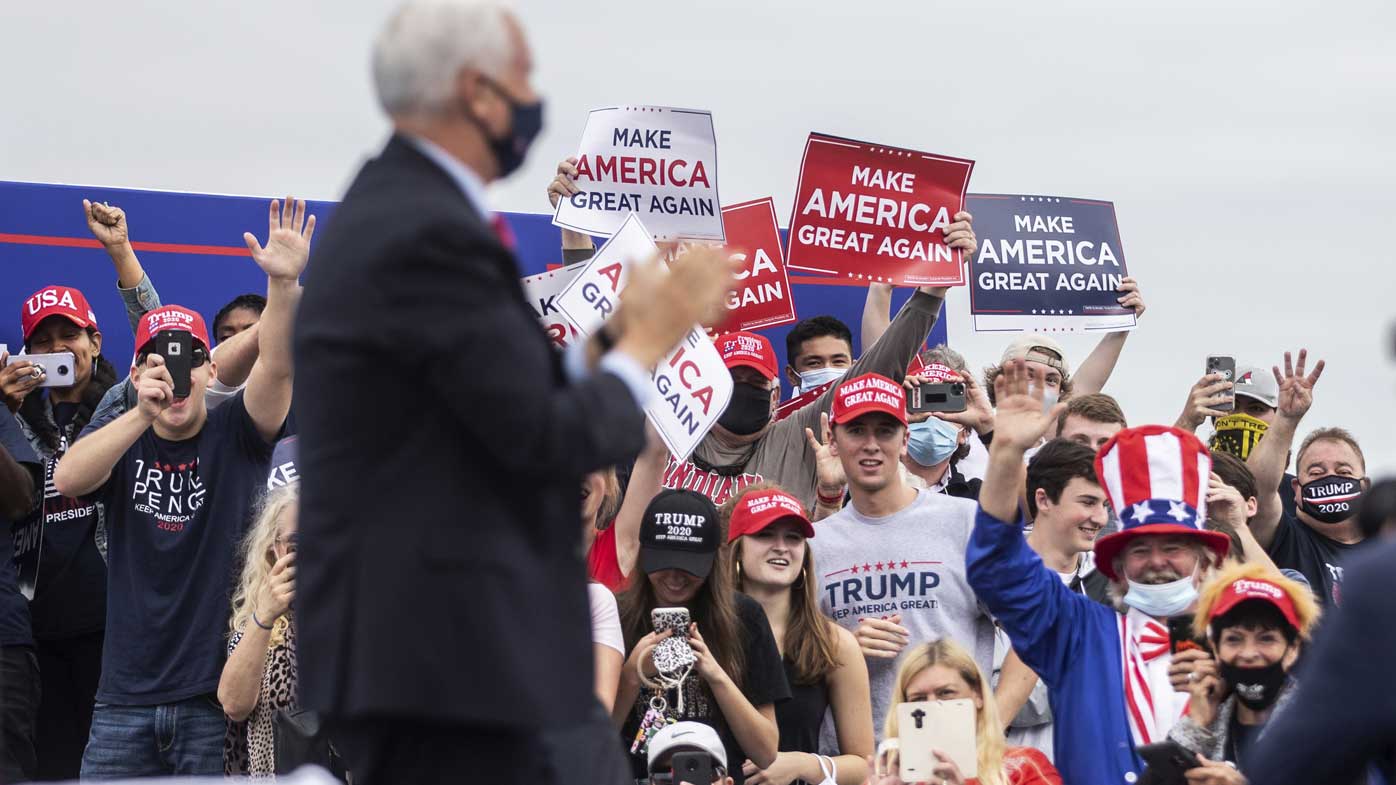 Another traditionally red state that is seeing a change in population which puts it in play. While Republicans may deny it is, the fact both campaigns have spent cash on television commercials indicates conservatives have at least some nerves.

The state is seeing record voter turn out, and while results should come in early, they will still be a bit behind other states because of the time zone.

If Donald Trump loses Texas and the 38 electoral college votes that go with it, it is game over. 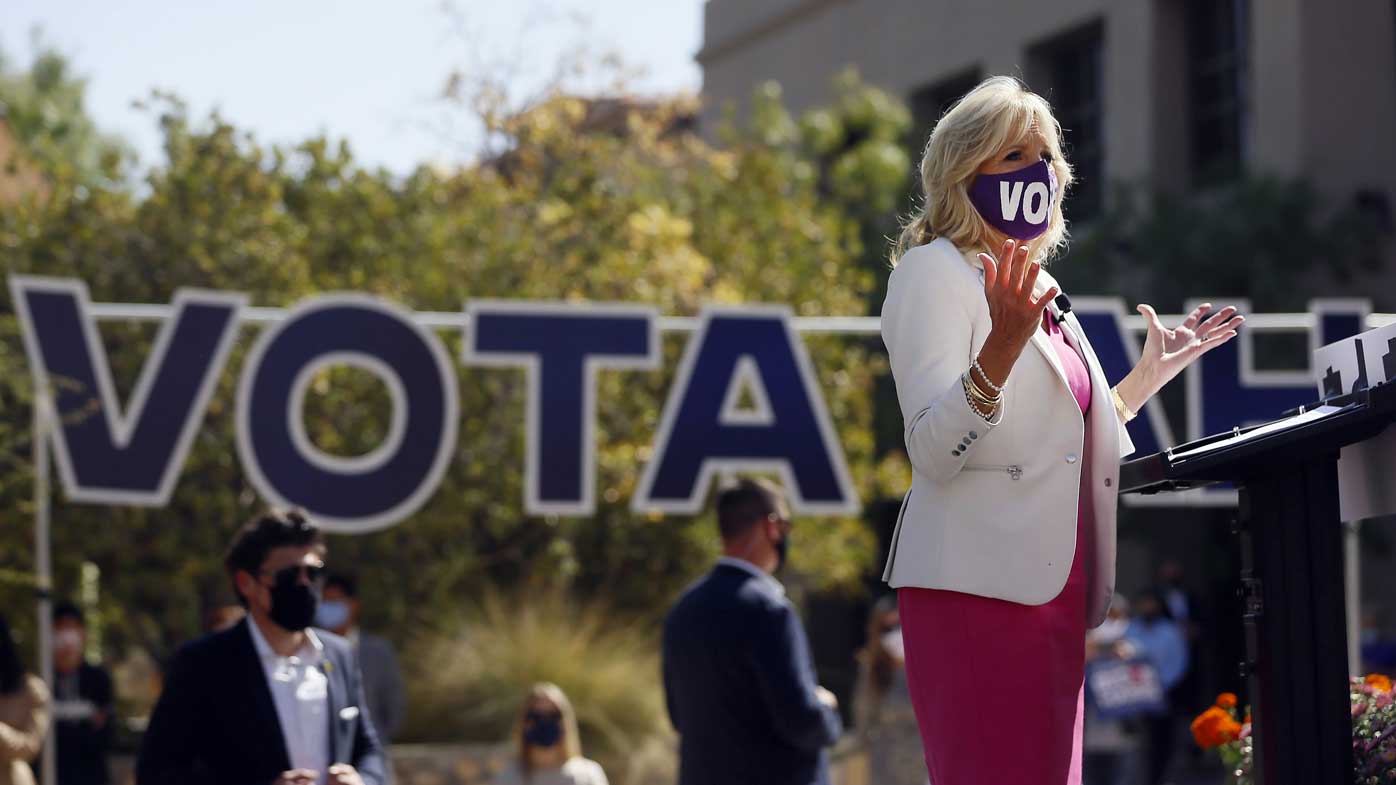 These are states where we will likely get an early indication of Joe Biden's support. Historically the votes are counted quickly and a higher proportion of in-person voting is expected.

Both are states the Biden campaign will already have in their column, but if there is any uncertainty early on, Democrats may start feeling a little 2016 déjà vu.

Depending on how many southern states, (especially Florida, Arizona, North Carolina, Georgia), the candidates have won, the Presidency may well be determined by one of the above states.

Unfortunately, in Pennsylvania and Wisconsin, even opening the mail-in and absentee ballots won't start until election day itself.

Joe Biden is favoured to win all three, but Hillary Clinton was as well. 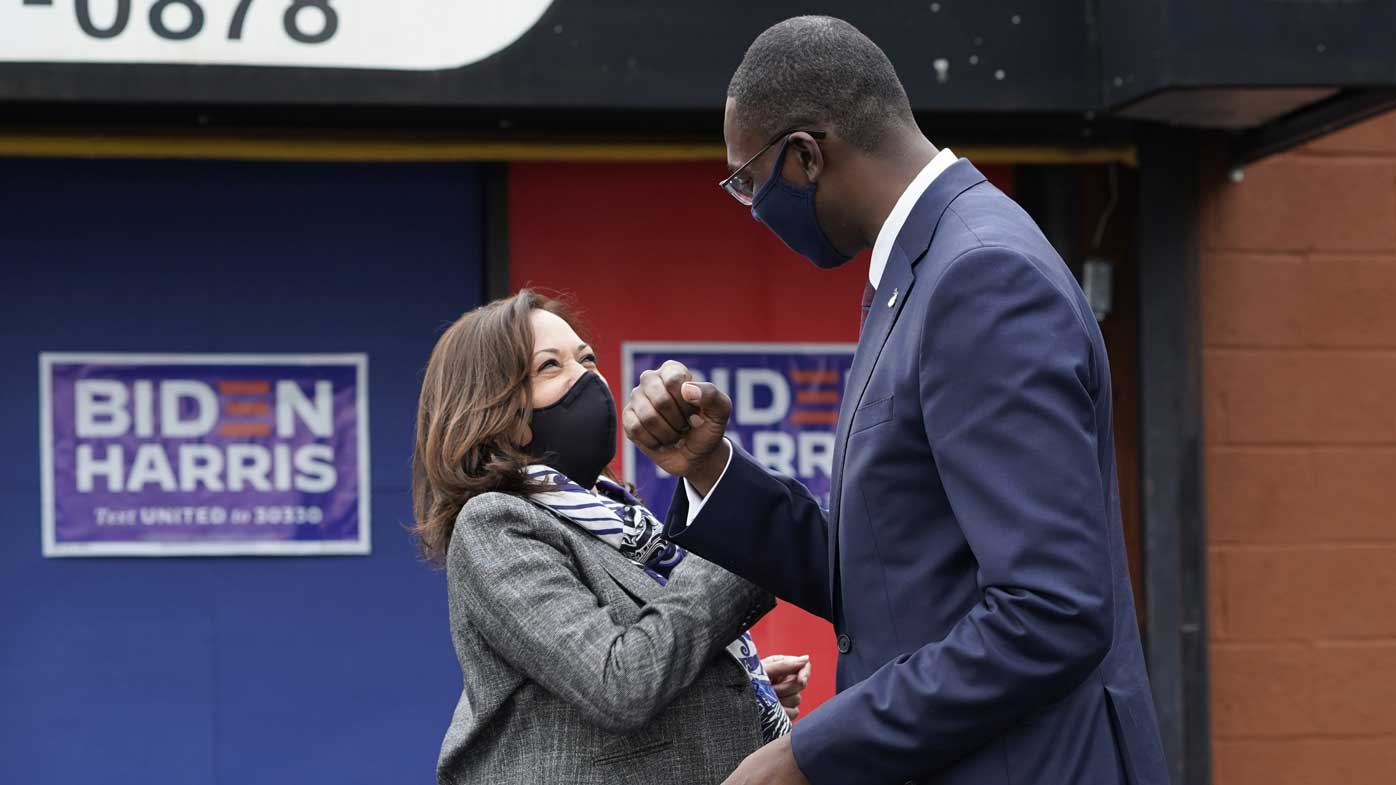 There are predictions this might falsely give an early impression of an overwhelming Trump victory, before large numbers of Democrat mail-in ballots start being counted.

If we see early strong support for Joe Biden, that could also translate into a landslide victory.

It is hard to predict how this will play out on election day, especially as the only certainty in polls is there will be some degree of error. 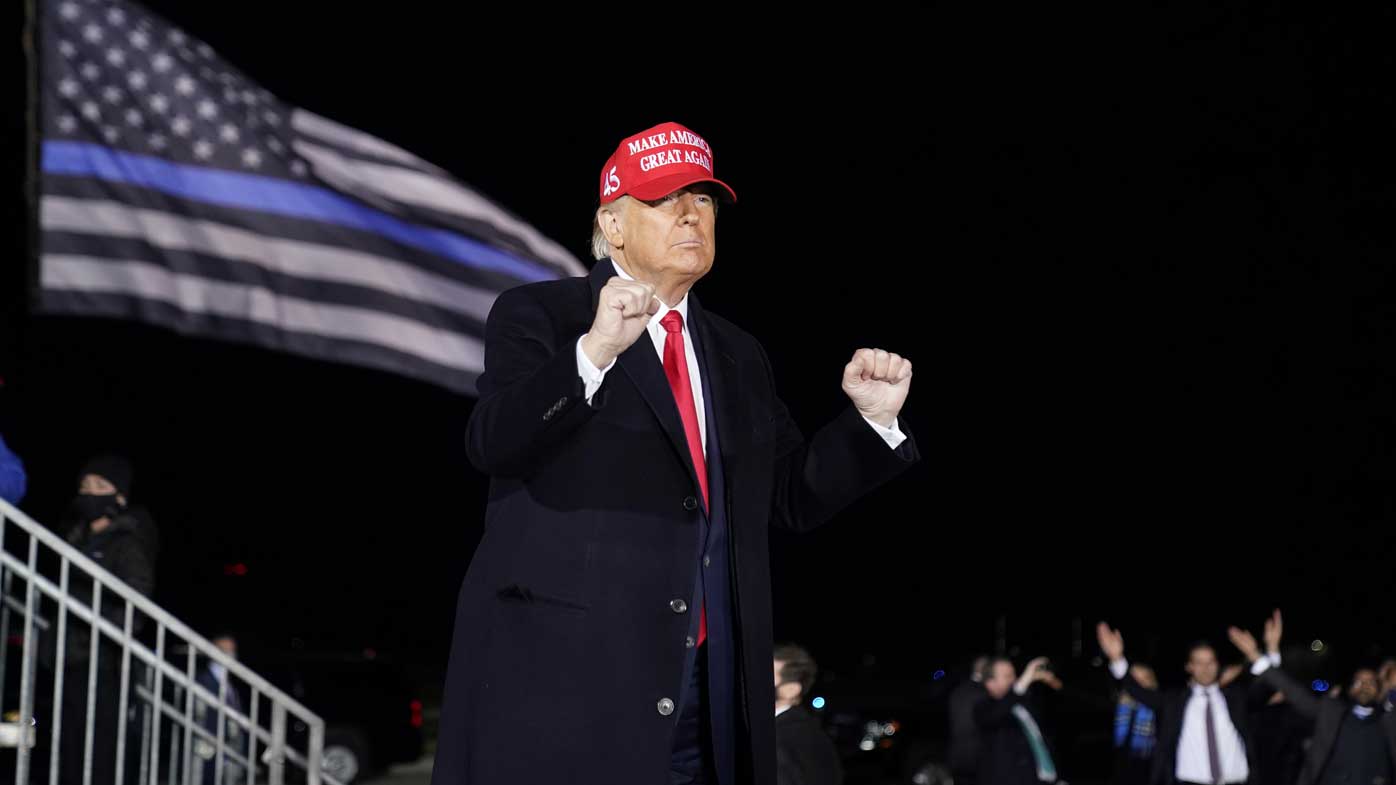 Read more: US Election: How does it work and when do we know the results?