The 1950s and 1960s have become known as the ‘Golden Age of Air Travel’ – a time of glamorous air hostesses, gourmet food and plenty of leg room. Former Qantas air hostess Elizabeth Wright, of Sydney, experienced it all.

The 1950s and 1960s have become known as the 'Golden Age of Air Travel' – a time of glamorous air hostesses, gourmet food and plenty of leg room.

But it had its downsides: it was very expensive; planes were full of smoke from cigarettes, cigars and pipes; and there was little to do during the flight except look out the window. 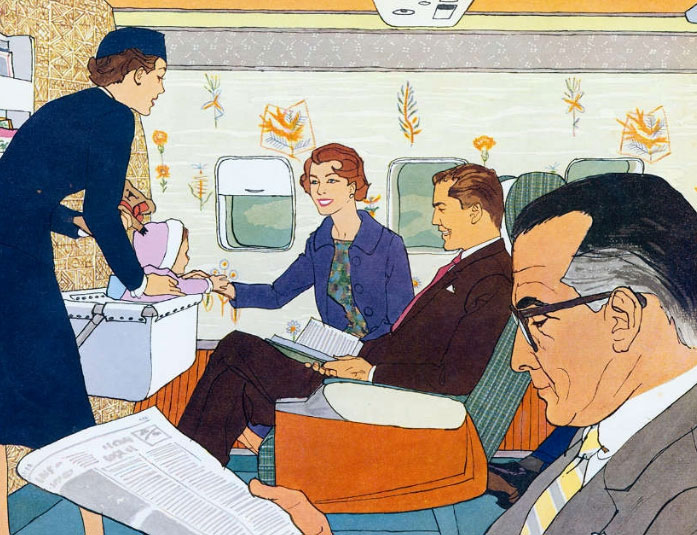 From flying domestic routes around NSW on propeller driven airliners in the 1950s, she went on to become a senior air hostess on Qantas jets to the UK and US and other international destinations over the following decade.

How long did international flying take?

"When Qantas introduced the Kangaroo Route to London in 1947, the journey took four days - a far cry from today's 22 or 23 hours.

"By the 1950s, the flight time had come down. We were flying the Constellations (airliners) and Super Constellations, but we still had to make a number of stops after leaving Sydney. 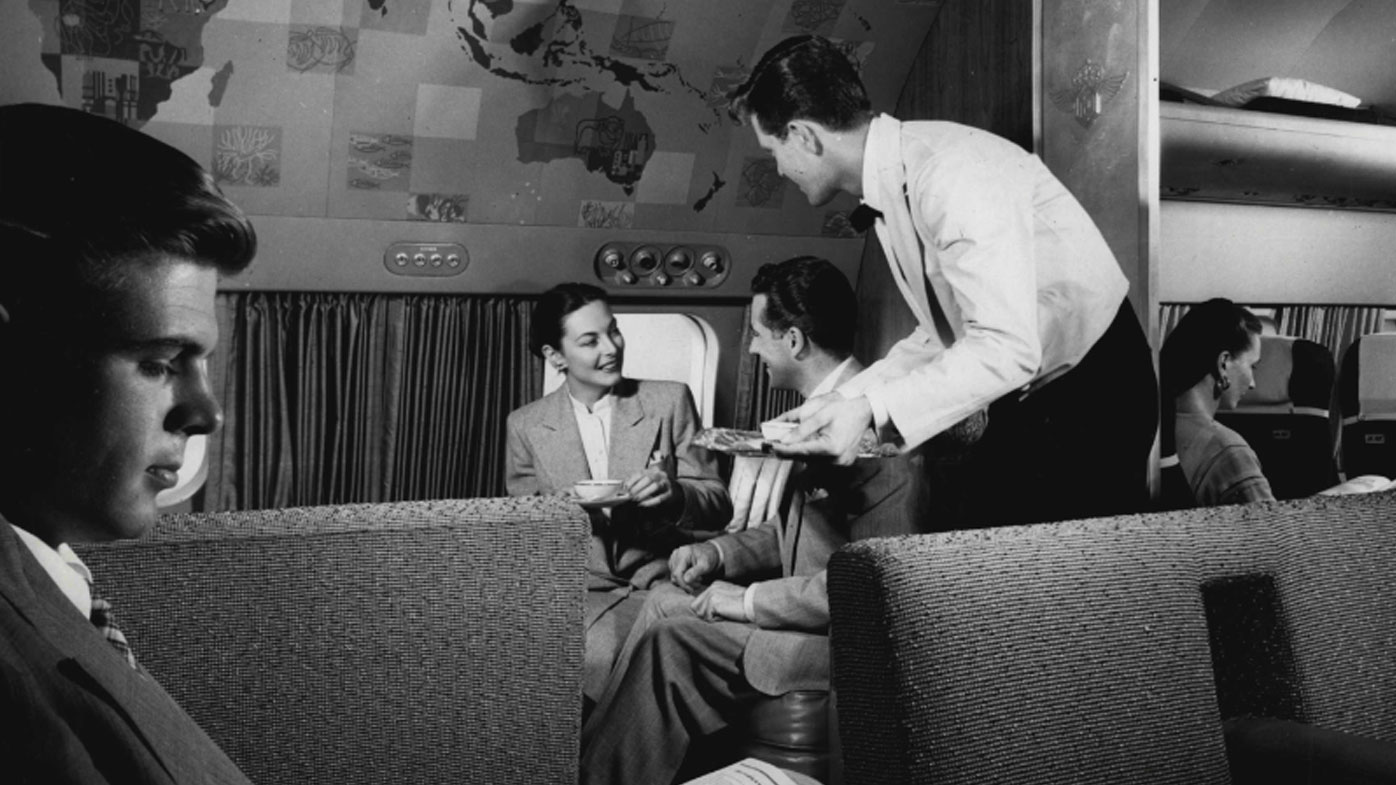 "They included Jakarta, Singapore, Bangkok or Malaysia, Karachi, Bahrain, Damascus and Athens before we reached London.

"For the crew, it meant being away from Australia for up to 20 days. But it was a nice way of seeing the world."

Who flew and how much did it cost?

"Airlines were catering to an upper middle class person who wanted a certain degree of comfort.

"They were not selling flights to price but to comfort."

"And it was generally older people who flew then. There were very few passengers under 30 - maybe the odd child."

READ:  Chilean rescue team rule out all signs of life under Beirut rubble 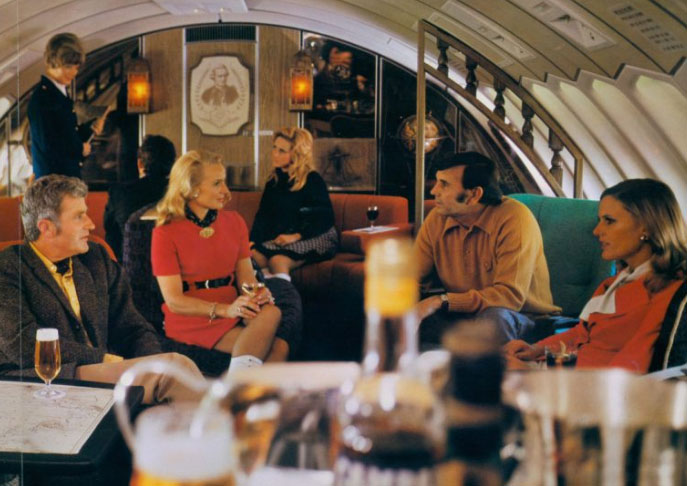 "But flying cost more in the 1950s and 1960s than today - a return flight from Sydney to London would set you back around five times as much as now."

"There was a higher standard of food. In class the service was quite remarkable with beautiful food. Main meals included lobster and steak.

"Then there would be a delicious dessert followed by port and after dinner mints.

"Some of the meals lasted for three hours. And they were served with champagne and wine."

What did people wear?

"No one wore casual clothes - you didn't see track pants, thongs or any casual wear.

"People really made an occasion of it when they flew. Men wore a three-piece suit with a tie, of course. And women would wear furs, pearls on their necks and high heels. 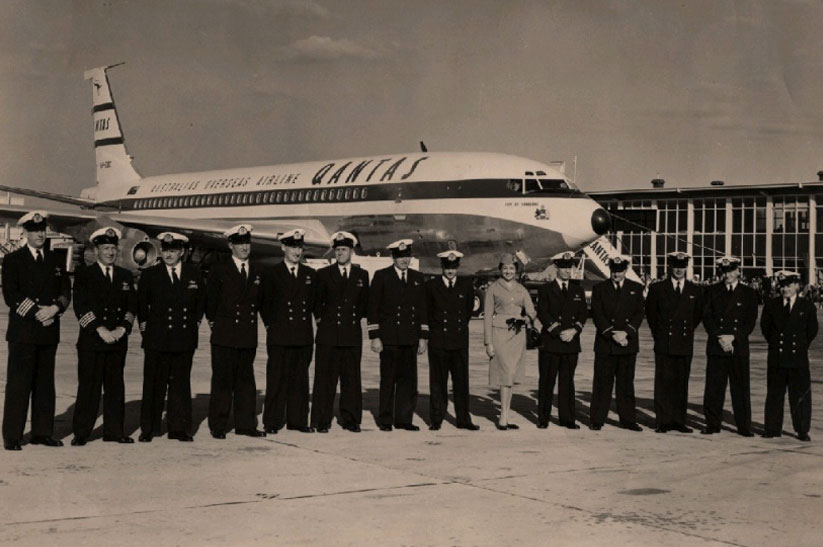 "The air hostesses and other crew also dressed to a high standard. I wore a dress, hat and gloves.

"And for landing in colder climates, we had a beautiful warm coat to wear."

"Passengers had more leg room, the aisles were wider and seats reclined more.

"But they had less things to keep them occupied on those long journeys. We would hand out magazines or paperback novels and postcards for them to write, or colouring books to children.

"We were also expected to chat to the passengers. You'd have a few question before hand. People would talk with you and they'd tell you your life history."

"It was awful, everybody - passengers and crew - smoked on the planes - cigarettes, pipes and cigars.

"And on some long-haul flights there were up to 10 crew in the cockpit. When you went in you could hardly see your hand in front of you."

"When you landed your clothes absolutely stank of nicotine." 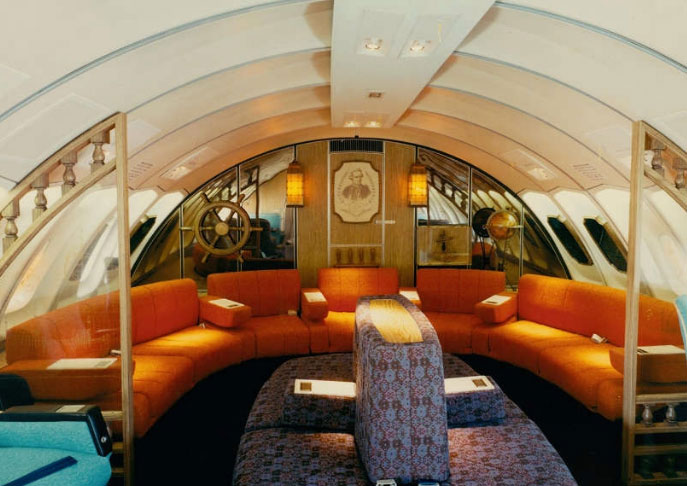 "But perhaps the most famous person I saw was Elizabeth Taylor who flew into Sydney with her then husband Mike Todd on a Pan Am flight.

"I was at Mascot (Sydney) airport in the Qantas terminal when I heard the news. I then simply walked around the corner to the Pan Am terminal and waited for her plane to land. No security checks, you just couldn't do that today."

End of the golden era

Under the airline's regulations Mrs Wright left Qantas in the 1960s when she married her husband Fred - a senior flight engineer with the carrier.

It was just a few years before the advent of Boeing's revolutionary 747 Jumbo jet which helped bring air travel to the masses.

"It was a nice way to see the world. When we flew into Britain or the US, we were left with plenty of time on our hands. We could take a side trip to Paris or visit parts of America.

"Flying today has changed so much. There are far more flights than there used to be and it seems much more stressful."