Despite a drier than average year, farmers around the Mallee town of Rainbow have had cause to celebrate with record crops, but now they have hit a snag.

Despite a drier than average year, farmers around the Mallee town of Rainbow have had cause to celebrate.

The wheat harvest has yielded a record result, with huge piles of grain now under tarpaulins and awaiting transport from the town's main storage sites.

Much of it is destined for farmers battling drought in other parts of Australia. 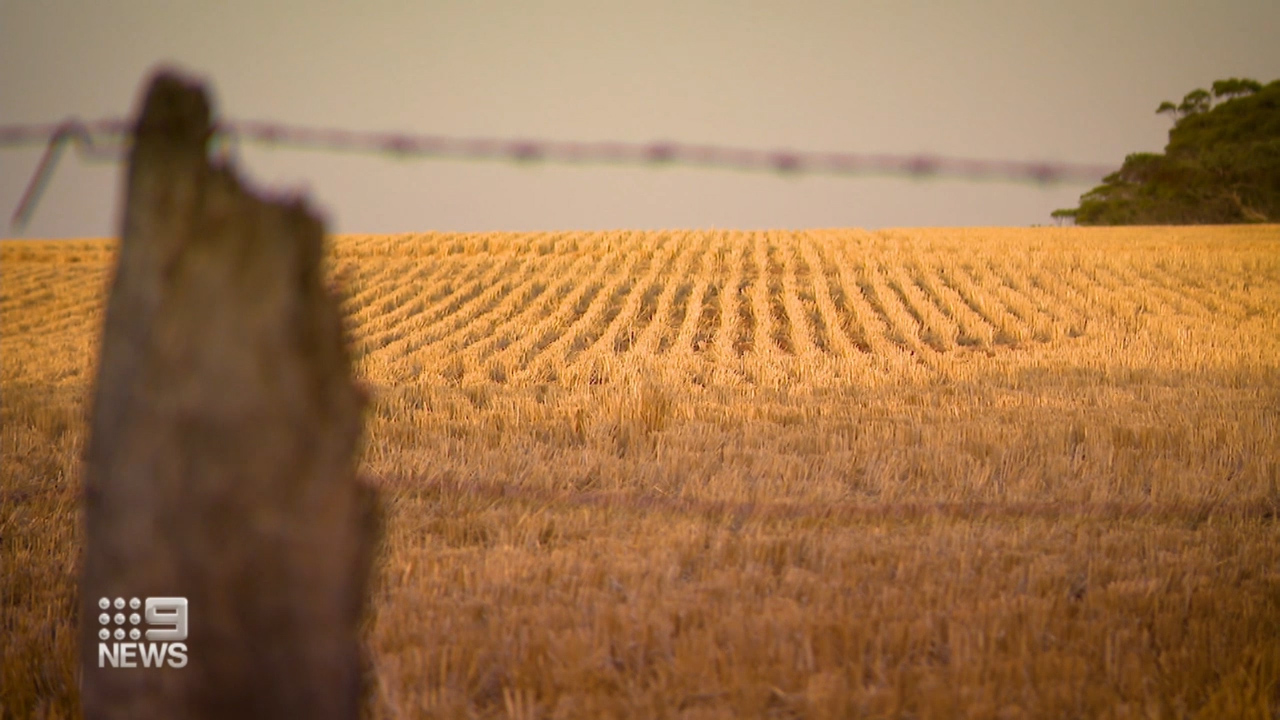 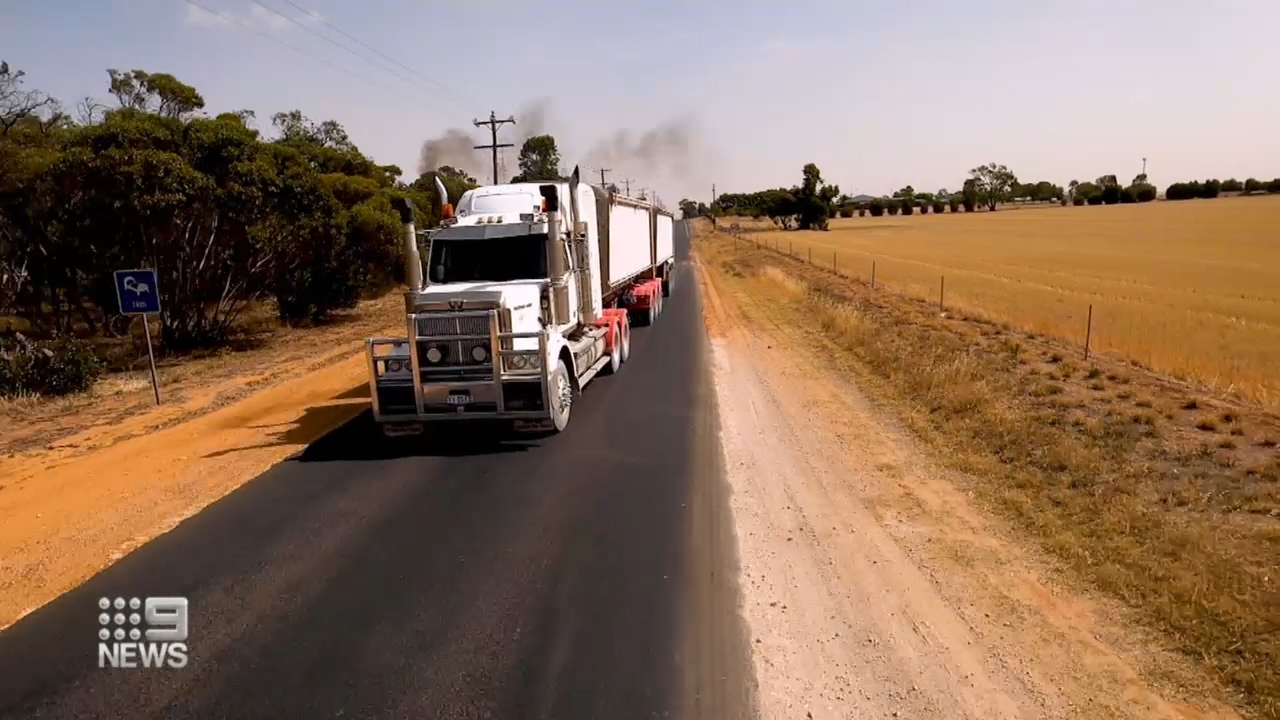 But there's a problem.

A lack of maintenance has left the railway track connecting Rainbow to the main Melbourne-Adelaide line in such a bad state it's been booked out of service.

"Booked out is a term that means the line is closed," explains Reid Mather from the Rail Freight Alliance.

"And the line will be closed until the come back and repair it."

Even before the line was shut, trains on the 65 kilometre stretch of track between Rainbow and Dimboola were subject to speed restrictions as low as 15/km an hour.

Sleepers are rotting and broken, while rail fasteners are loose.

Locals haven't seen a train since the middle of last year, and Hindmarsh Shire Mayor Rob Gersch says the railway crossings in town have become something of a local joke.

"We still have to stop at the stop sign or we'll get booked," he said. 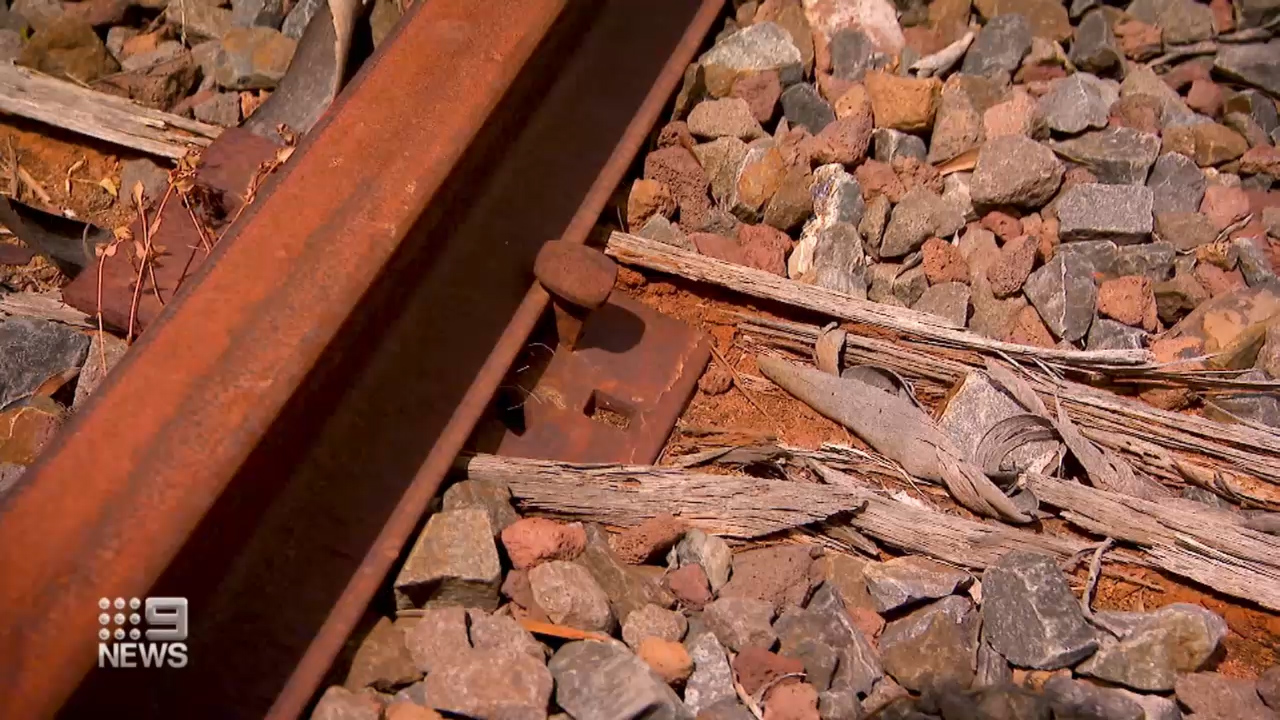 But the lack of rail service is no laughing matter for farmers, or the shire council, with thousands of heavy, and more expensive trucks needed to cart the grain instead.

"The road is just going to get absolutely smashed within the next year or two if there's not something done with the rail," Mr Gersch told 9News.

Reid Mather says the closure of the rail line is symptomatic of a lack of government investment in regional services.

"It's just ridiculous where you have to get to a situation where maintenance is not forthcoming and you have to close the line," he said.

Local Nationals MP Emma Kealy warned that any extra costs to farmers, would be passed on to consumers in the city.

"Since the Andrews Labor government have said they're going to fix our lines we've just seen deterioration and closures, forcing more freight onto our already dangerous roads."

After questions from 9News, Transport Minister Melissa Horne conceded the line had been allowed to fall into disrepair. 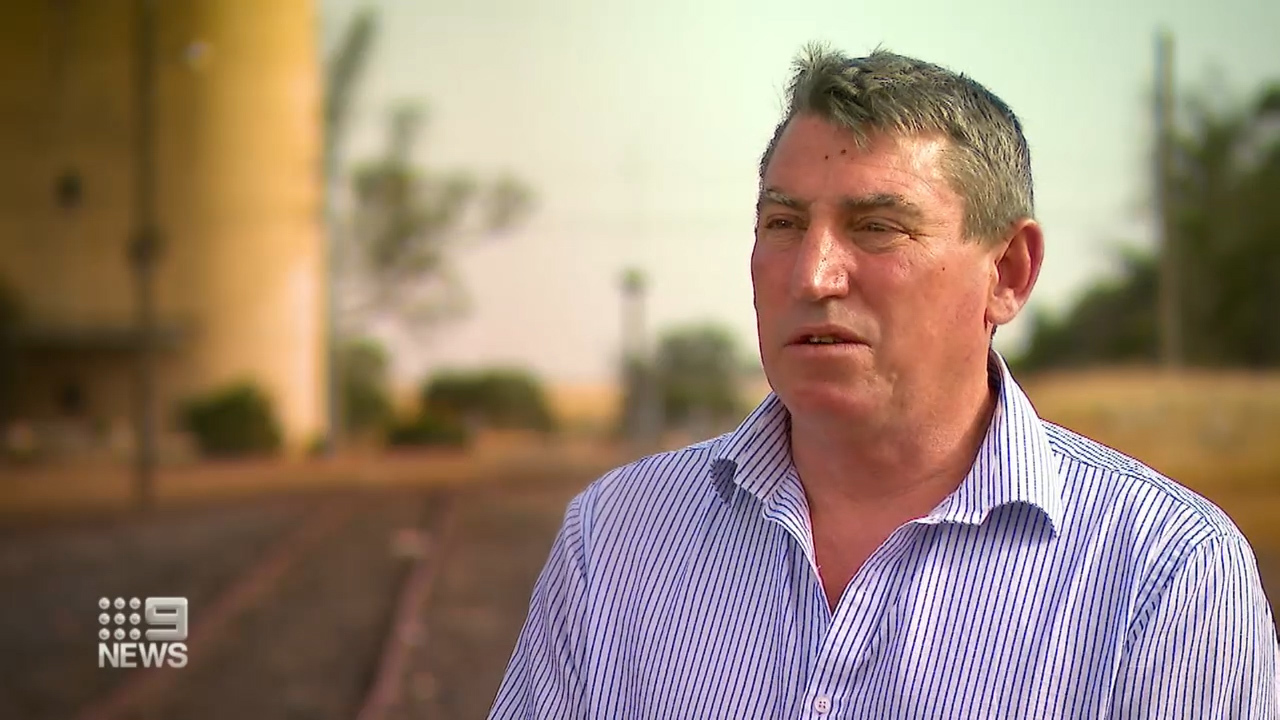 "I'm incredibly disappointed that V/Line has not been maintaining this line," she said.

"I've instructed V/Line to get out there, to start works on the maintenance, and that's what they'll be doing because it's vital to be able to get this year's grain crop off to market."

V/Line CEO James Pinder said the condition of the line was "unfortunate", and promised to have trains back in service within six weeks.

"We apologise to the freight operators on that line for not getting around to it sooner," he said.

"We are getting around to it now, and we will get that line re-opened."

It's understood the state government is now looking at longer-term options to sure up the line's future, as well as exploring how to progress the stalled Murray-Basin rail project.