In a region where respect, or the lack of it, is as powerful as a physical punch, President Joe Biden’s press secretary just landed a sharp jab on the jaw of Saudi Arabia’s heir apparent.

In a region where respect, or the lack of it, is as powerful as a physical punch, President Joe Biden's press secretary just landed a sharp jab on the jaw of Saudi Arabia's heir apparent.

When answering a question Tuesday about when Biden would talk to the desert kingdom's Crown Prince Mohammed bin Salman, known as MBS, Press Secretary Jen Psaki replied: "We've made clear from the beginning that we're going to recalibrate our relationship with Saudi Arabia."

"And part of that is going back to engagement, counterpart to counterpart. The President's counterpart is King Salman, and I expect that, in appropriate time, he would have a conversation with him. I don't have a prediction of the timeline on that." 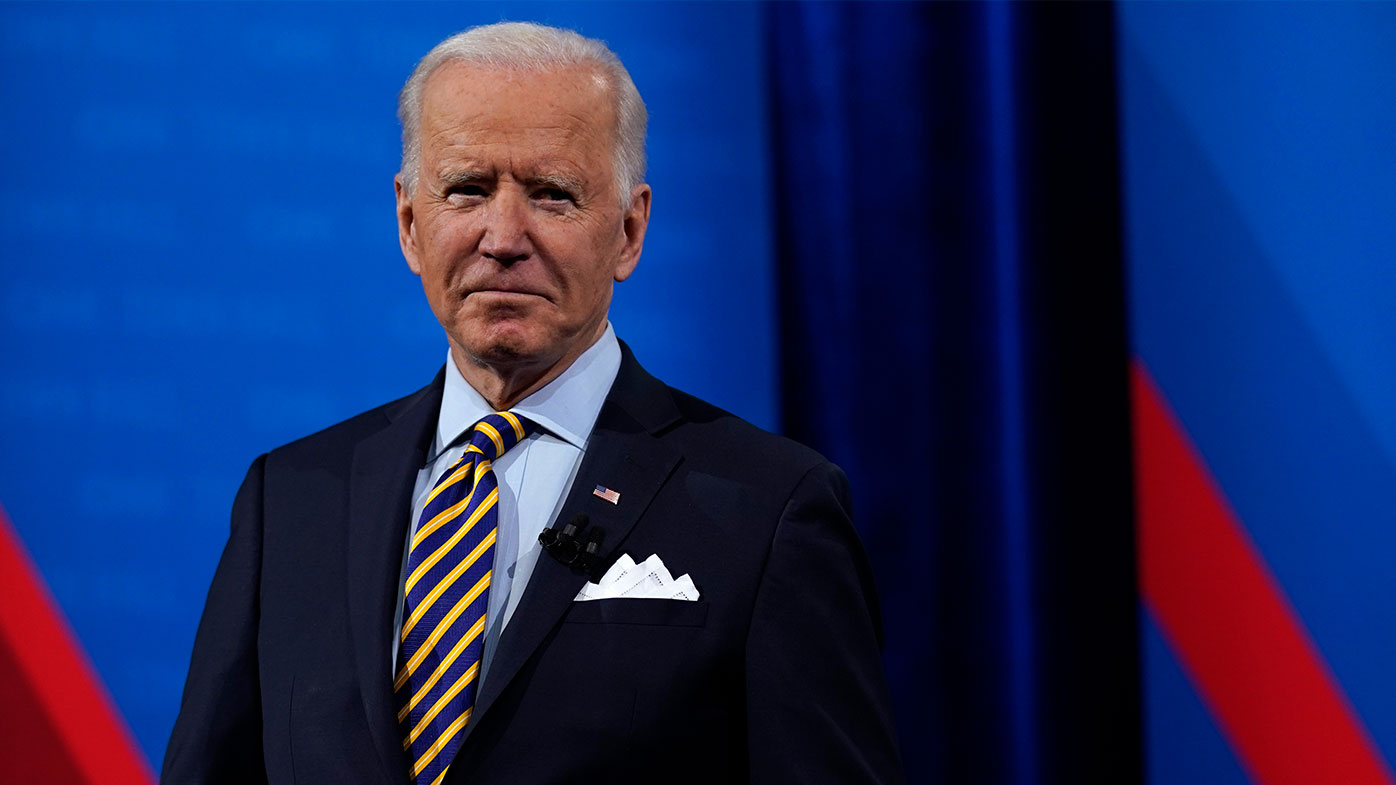 Whether strict protocol or intended diminution of MBS's ranking, the move reflects Biden's public disapproval of the ruler in waiting whom the CIA concluded would have known of plans that resulted in the killing of Washington Post columnist Jamal Khashoggi in October 2018.

On the campaign trail, Biden said he would treat Saudi Arabia as a "pariah."

His NSA pick, Avril Haines, says she will make public a report on Khashoggi's brutal murder at the hands of Saudi agents inside the Saudi consulate in Istanbul, Turkey.

Psaki may have also been diplomatically indicating an end to the cosy and corner-cutting relationship which MBS enjoyed under former President Donald Trump.

The unpredictable prince often bypassed the State Department through phone calls and dinners with Jared Kushner, Trump's son-in-law and special adviser on the Middle East.

That MBS has been put on notice so publicly will be an embarrassment he can't hide, but it doesn't mean he won't be in on Biden's calls with the King.

MBS is the power behind the monarchy and the vision shaping the country's future. To assume that MBS won't know what Biden says to the King or won't help shape replies would be an underestimation of his sway. 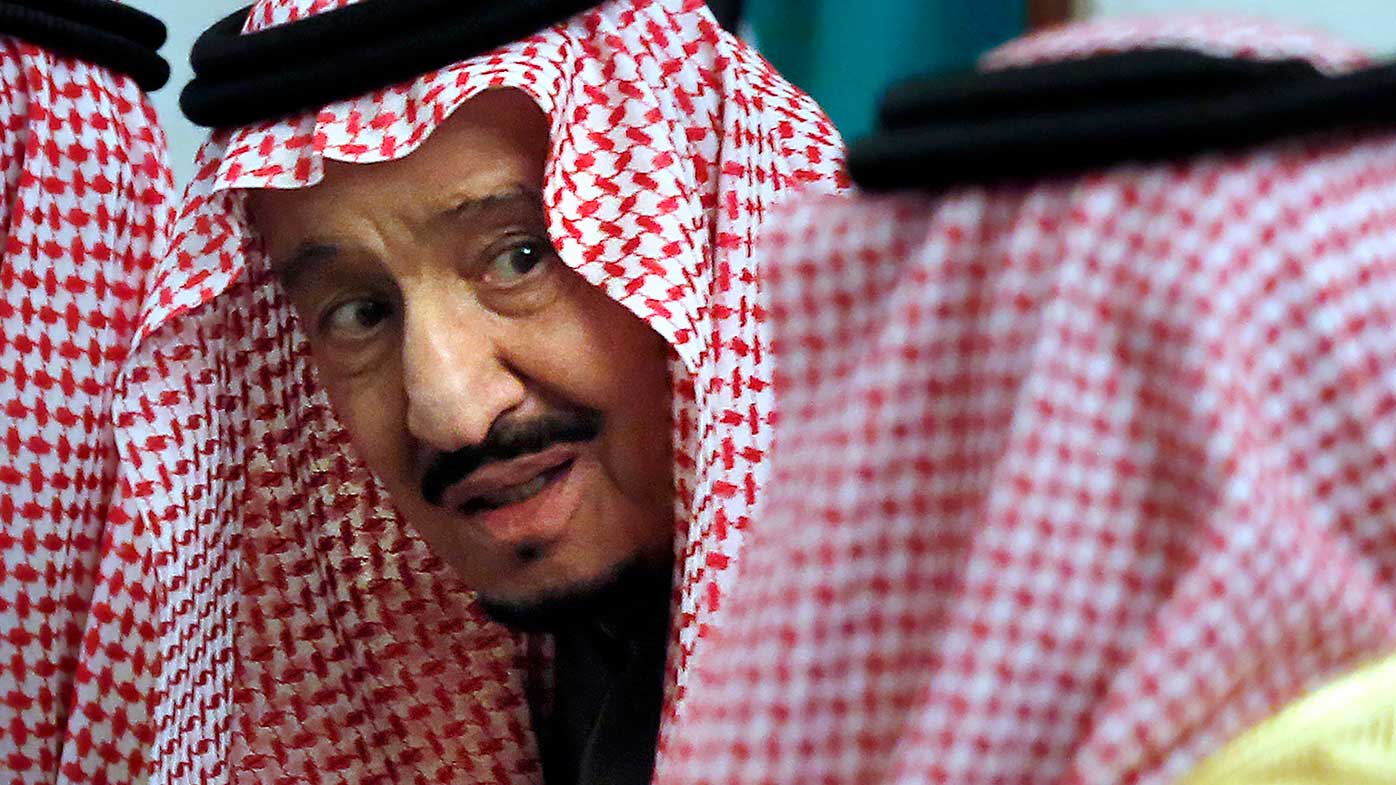 A stark recent example of MBS's power behind the throne played out late mid-November last year.

Israeli sources leaked that Prime Minister Benjamin Netanyahu had met with MBS in the kingdom, marking a massive diplomatic shift between the two countries.

Multiple Saudi ministers denied it publicly and privately. Experienced Saudi watchers believe this was because MBS had not told his father about the hugely sensitive visit and needed to cover his tracks.

But perhaps what interests President Biden is not the impact the diplomatic putdown will have inside the kingdom, but how it will resonate around the rest of the world.

A central theme of his maiden presidential foreign policy speech earlier this month was the upholding of human rights, and the power that flows from it.

"Defending freedom. Championing opportunity. Upholding universal rights. Respecting the rule of law. And treating every person with dignity. That's the grounding wire of our global policy. Our global power. That's our inexhaustible source of strength," he said. 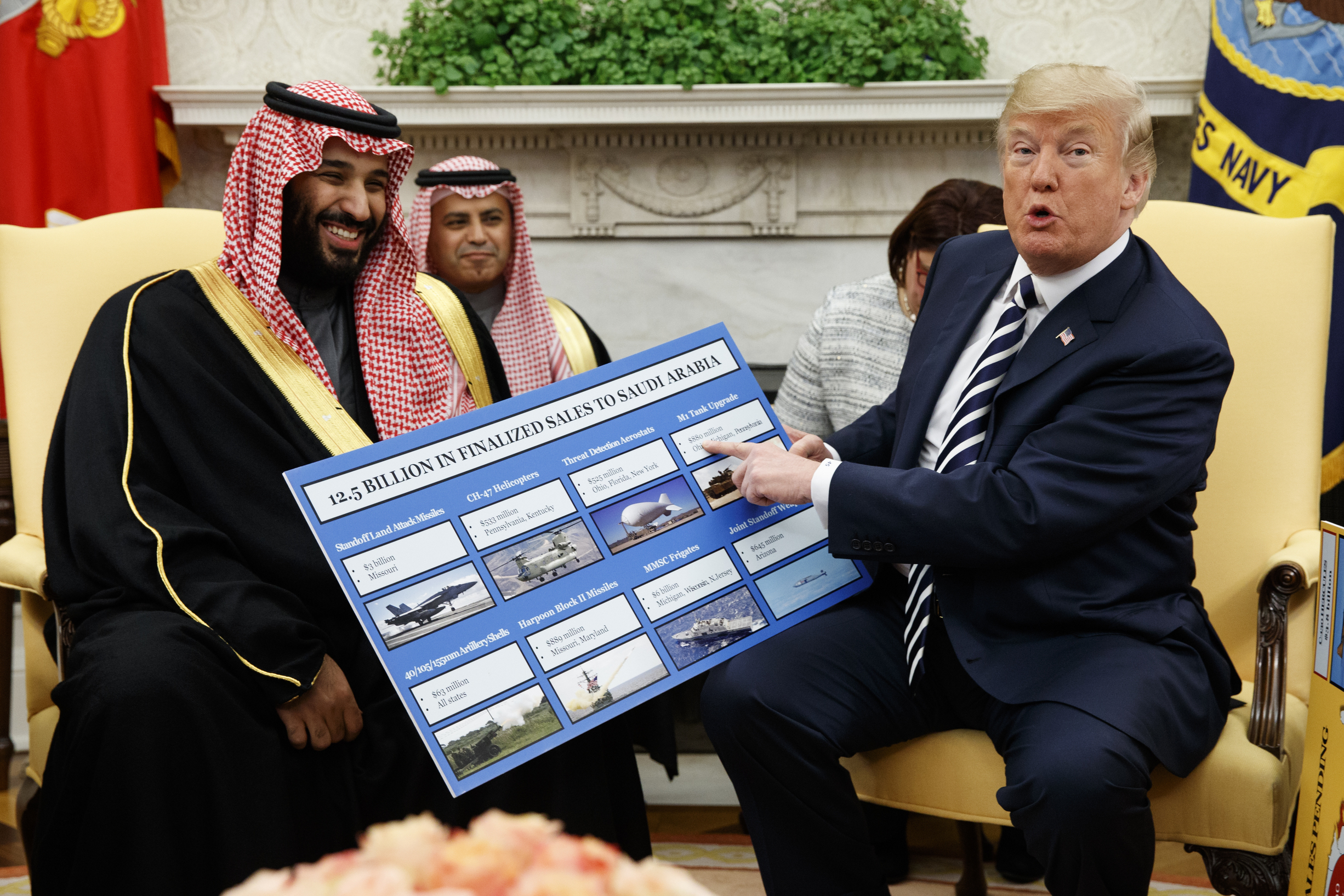 With that strength, Biden plans to harness the help of allies to contain China, his biggest foreign policy challenger.

As outlined by Australia's ex-Prime Minister Kevin Rudd in a recent Foreign Affairs article, Biden will use his "Democracy Summit" this year to focus on China's abuse of Uyghur Muslims and other human rights violations in an effort to crimp Beijing's growing power.

"The [Chinese Communist Party's] diplomatic establishment fears that the Biden administration, realising that the United States will soon be unable to match Chinese power on its own, might form an effective coalition of countries across the democratic capitalist world with the express aim of counterbalancing China collectively. In particular, CCP leaders fear that President Joe Biden's proposal to hold a summit of the world's major democracies represents a first step on that path," Rudd wrote.

Little surprise then that getting tough on Saudi, a friend and relative minnow in the sea of challenges he faces from China, has sprung so readily from Biden's playbook. 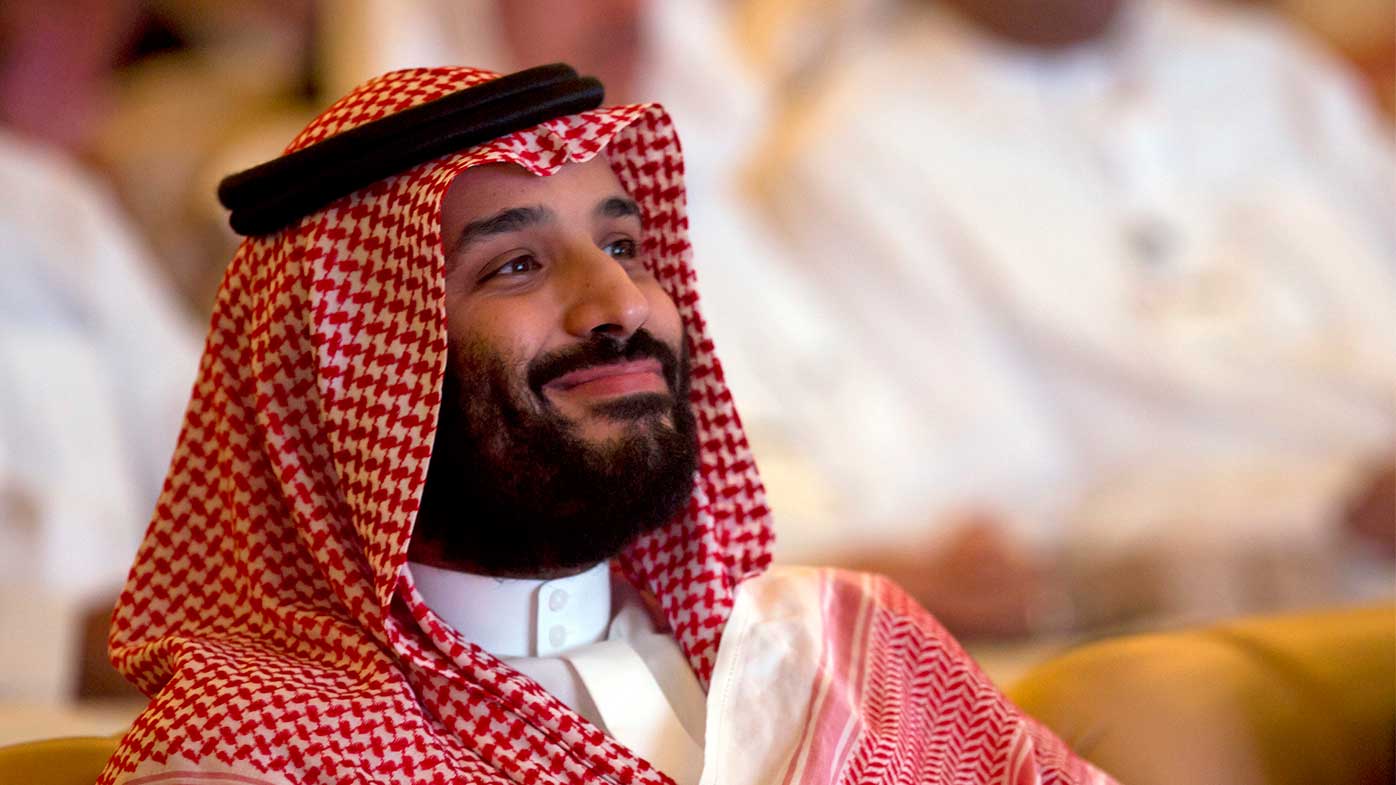 Telling the Saudis that he'd no longer back their war in Yemen, including selling precision-guided bombs that helped make that military campaign possible, was one of Biden's first foreign policy shakeups. He said he'd only support them diplomatically.

Several Saudi sources have recently indicated all remains well in the long term US-Saudi relationship. Indeed, well-placed insiders speaking several months ago said they anticipated they'd hit a rough patch once Biden got to the White House, but expect to recover after that.

In the meantime, MBS does seem to be bending amidst Biden's human rights blitz.

He's ordered judicial reforms, in part to protect human rights, and remove inequities in how laws are interpreted. High-profile activists, including Loujain al-Hathloul, have been released from detention, although they still face onerous restrictions.

But lesser known figures remain locked up and a key partner in the Obama-Biden White House, former Crown Prince Mohammed bin Nayef, remains under house arrest, according to sources familiar with the situation. How MBS addresses those detentions foretells how far the Crown Prince is willing to bend, and how far Biden is willing to go in pressuring the Saudi government.

For now the message has been heard, and absorbed. A counter-punch is unlikely. Saudi Arabia's relationship with the US spans generations of presidents and kings. This could be the wobble most Saudis were expecting. 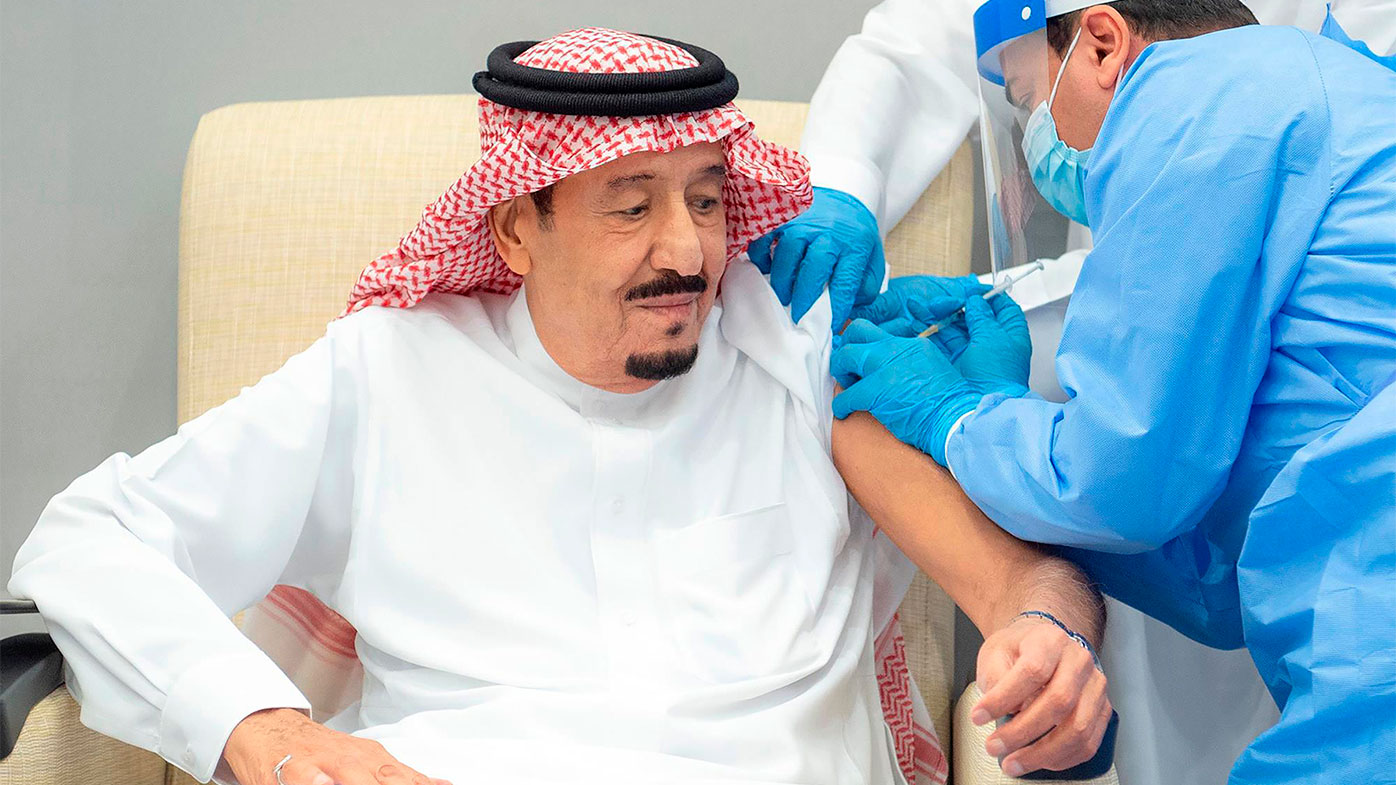