If you’ve ever heard someone grind their teeth in the middle of the night, you know it’s the stuff of nightmares. As one Reddit user so aptly described it, “It was one of the strangest noises I have ever heard! Made me think of two ma… 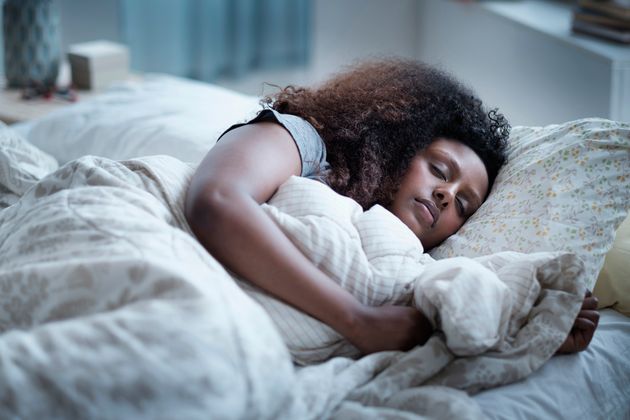 If you’ve ever heard someone grind their teeth in the middle of the night, you know it’s the stuff of nightmares. As one Reddit user so aptly described it, “It was one of the strangest noises I have ever heard! Made me think of two massive blocks of concrete sliding together.”

While we mostly think of teeth grinding as a nighttime ritual, it can actually happen when you’re awake, too. It’s estimated that about 8% of adults grind their teeth and up to 33% of children grind or clench their teeth. But some doctors suspect that number is much higher, as many people don’t even realise they do it while sleeping.

Here’s why so many people grind their teeth:

Stress is a huge factor

Stress and anxiety are the main reasons people grind their teeth, according to Michael Lerner, a Yale Medicine ear, nose and throat doctor. When we’re stressed, our bodies release a surge of adrenaline and cortisol — two chemicals known to increase our heart rate, pump up our blood pressure and boost energy levels. Lerner said these intense changes can result in excessive muscle tension in our jaw and chewing muscles, causing some people to grind their teeth.

Others may simply clench their jaw when they’re stressed, something Lerner said is “not so different from more well-recognised anxiety-related behaviours such as nail biting, hair twirling or leg bouncing.” Evidence has found that people who are going through a stressful time — like a divorce, death or relocation — are more at risk for bruxism, as are those with neurotic or Type A personalities.

Some medical experts also suspect grinding is more prevalent in major cities like New York or Los Angeles, where stress levels are off the charts.

“People in high-stress environments, communities, or jobs are thought to grind their teeth more — working out their anxiety. So, it may be that most New Yorkers grind their teeth, but this is not scientifically confirmed,” said Derek Steinbacher, a Yale Medicine plastic and reconstructive surgeon.

It could be your medications

Certain medications ― including selective serotonin reuptake inhibitors, or SSRIs ― are thought to cause bruxism. It’s not fully understood why prescriptions like Prozac, Paxil and Zoloft have this effect, but one study theorised it may be because SSRIs affect dopamine levels in the brain — a chemical that helps control muscular and motor activity.

Certain antihistaminergic drugs may also be linked to bruxism due to a disinhibitory effect they have on part of the brain that controls sleep and circadian rhythms, according to past research. (Side note: If you suspect your meds are causing you to grind your teeth, your doctor may be able to change your dose or try another option.) 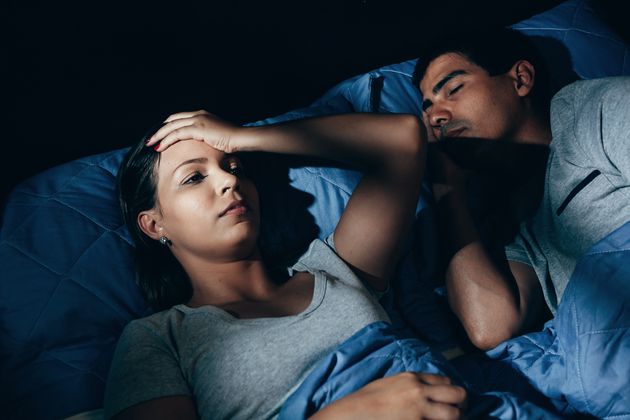 Alcohol, caffeine and cigarettes can trigger it

Researchers have found that sleep bruxism is twice as common in people who drink alcohol, though the reasons still aren’t clearly understood. Some sleep specialists suspect it may have to do with the simple fact that alcohol disrupts our sleep.

We don’t grind our teeth when we dream, and alcohol prevents us from getting into REM sleep, which is the phase of rest where dreaming occurs, according to Pelayo. That means, theoretically, there’s more opportunity for drinkers to grind their teeth since they tend to sleep more lightly. Most episodes of bruxism occur in sleep stages one and two ― which is your lighter sleep ― whereas bruxism in the later, deeper stages of sleep is much less likely.

Smokers are also more likely to have bruxism. One study found that bruxism is twice as prevalent in smokers compared to nonsmokers. The reasons smokers grind their teeth more aren’t well-known. However, it’s thought that nicotine also disrupts dopamine levels, which are related to muscle movements.

In addition, because caffeine is a stimulant, chocolate, coffee, sodas and other high-energy drinks may trigger muscle activity and lead to teeth grinding. And like alcohol, consuming a ton of caffeine (think eight or so cups of coffee) is linked to lighter sleep, too.

Often, clenching or chomping may be a response to a jaw issue, such as an abnormal bite or misaligned and missing teeth. Again, while there’s a known association between jaw abnormalities and grinding, the cause-effect relationship isn’t well understood. That said, it may have something to do with how the teeth hit each other.

“Usually the teeth interlock into each other [during sleep], but if the teeth are not aligned properly then the teeth don’t lock in correctly and then they kind of glide past each other — that’s that grinding sound you’ll hear,” Pelayo said.

Up to 50% of people who have bruxism have a direct family member who also grinds their teeth, according to Lerner. But while there seems to be a strong genetic link, researchers haven’t yet identified a specific “bruxism” gene.

What to do if you grind your teeth

The telltale sign that you have a teeth grinding problem is if you wake up with jaw pain or a headache on a regular basis. A dentist can also take a look at your teeth and determine if they’re worn down from constant grinding.

If you’re a grinder, there are a few solutions to try out. First is a mouthguard. Invest in a heavy duty one that your dentist can custom-fit to your mouth — it’ll help mitigate enamel damage and relieve muscle tension, according to Lerner.

If that doesn’t do the trick, some doctors recommend trying Botox injections around the jawline. Though injections last only a few months, they can be super-effective and stave off tension headaches, Steinbacher said.

If there does appear to be a genetic influence, you may want to cut out binge drinking and cut back on caffeine. As Pelayo said, “You can’t change your genes but you can change your lifestyle factors.”

While bruxism can be an extremely painful condition for certain people, often it really only bothers the lucky spouse or partner who sleeps next to a teeth grinder — in which case it’s probably time to get some earplugs or bring home a sound machine.