Glenhurst Gardens is a leviathan of an apartment block, both in mass and topography.

Glenhurst Gardens is a leviathan of an apartment block, both in mass and topography.

Consisting of 96 units fashioned to collectively face the harbour, it is one of the first of its generation of tower flats, 60 years old, and built into the western bluff of Darling Point, scooping in views of the Sydney CBD and the wash of water from every balcony.

For all its glorious vista, it still has the sensation of a prison during self-isolation. 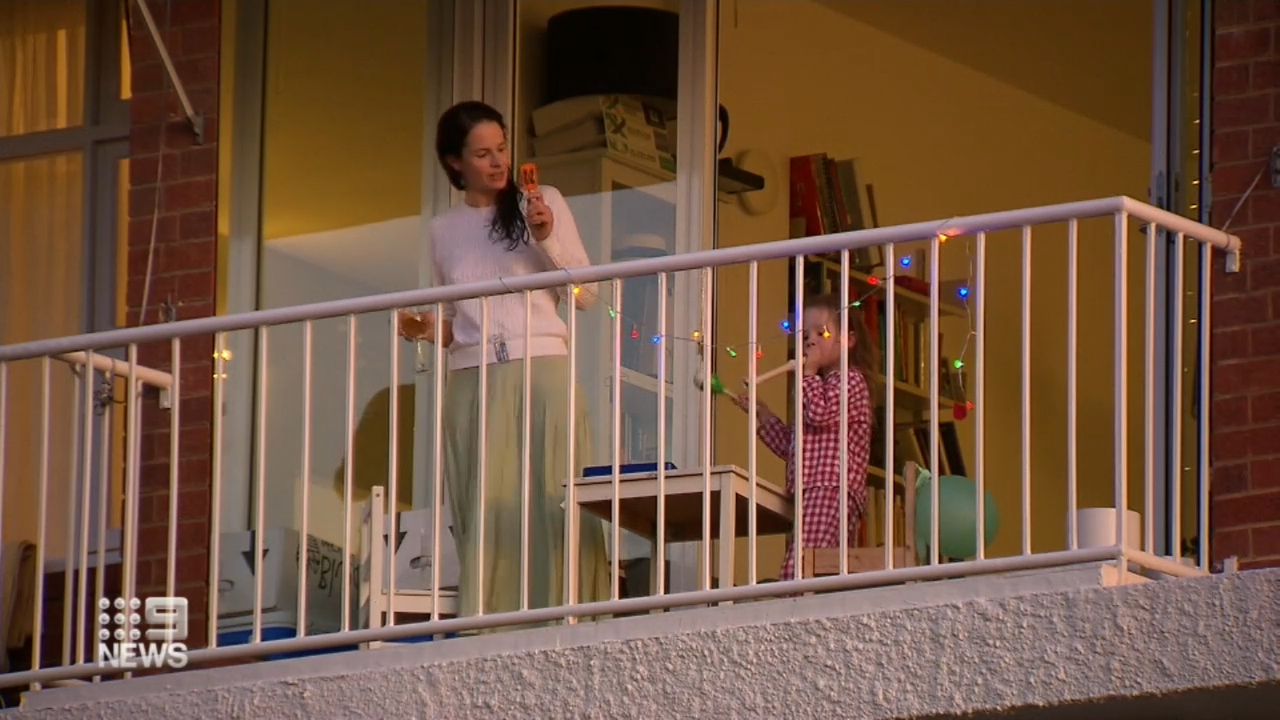 Glenhurst Gardens appears to also have an active social committee. And so when the coronavirus clamped on social interaction, a hobble made even more acute within the shared surrounds of apartment living, the committee sort a way to forge a sense of esprit de corp, without leaving the walls that contained them.

And they decided to do it by singing.

Father of two and occupant of an apartment on a lower level, with a swathe of sweet concrete patio as a luxurious addendum, Ashley Wales-Brown is a member of the block's board, as well as serving with the social committee.

"We've got a big cross section of demographics in the building, from three to 103, and singing is one of those things that brings everyone together," Ashley said.

"Everyone's always been really friendly in the building, but I'd say that this has definitely bought people together."

When the virus started, Glenhurst Gardens in turn started with Pink Night, which was kind of a drink night as well, as beverages were served at 6pm in unison on each respective balcony.

It was well supported, but a desire for something more visceral resulted in this evening's substantial smattering of choralists readied again on balconies, lyrics glowing on iPads, or blowing in the sea breeze on printed sheets.

"It's a great building, it's the most fabulous place to live," says resident Jaynie Symon, also on the social committee. 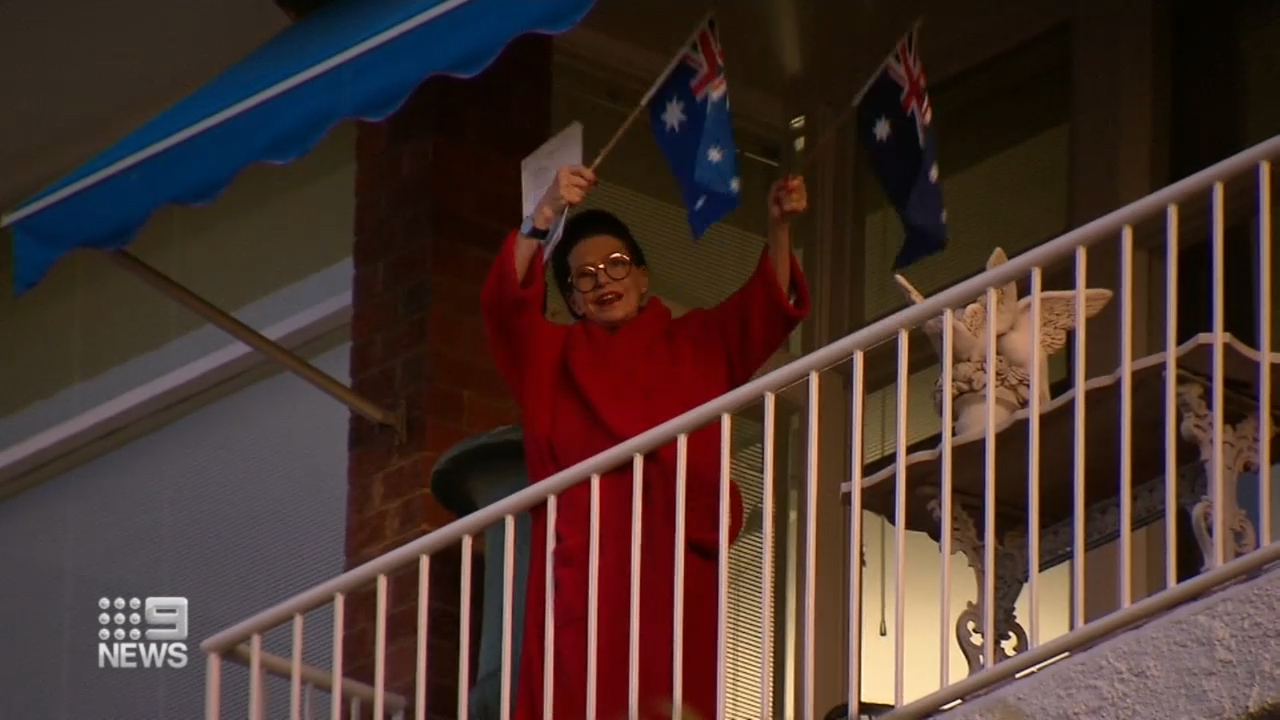 "And it's really fun to come together here," fellow resident Lidia Stojanovski agrees.

"I think it's just a great way for us to forget about the stress and the anxiety of what's going on. It's just the chance to do something different."

Nearby neighbours, who've already quickly taken to calling requests from their respective balconies, are jealous.

"Very jealous, we heard about it today, and thought it was a fantastic idea," says neighbourly Lee Manfred.

"I think it's fabulous, I think anything we can do to be a community and a village is just sensational."

And just after 6pm, and as the neighbours watched beneath a daffodil and carrot coloured sunset, choirmaster Stuart Shaw calls the voices to order, and then the Glenhurst Gardens choir cut loose, cooking up a fierce version of Hey Jude, wailing through a set list of five tunes, before winding up with What a Wonderful World.

Next gig, is next Sunday.