Parts of Australia will see sunshine after a wet weekend and plunging temperatures brought widespread snowfalls to Victorian and NSW ski resorts.

Mostly sunny weather is expected for many states, including Northern Territory and South Australia.

Rain will return to Queensland on Thursday and New South Wales on Wednesday, while showers will sweep Western Australia and Victoria.

Skies in Victoria are due to clear by Thursday. Weather in Tasmania will also clear by the end of the week, following a spell of rain today.

Canberrans will endure fog and frost, and could see a possible shower by Thursday.

Here's the full forecast for Monday.

A low pressure system with associated front and trough will generate rain and storms over southwestern Western Australia. 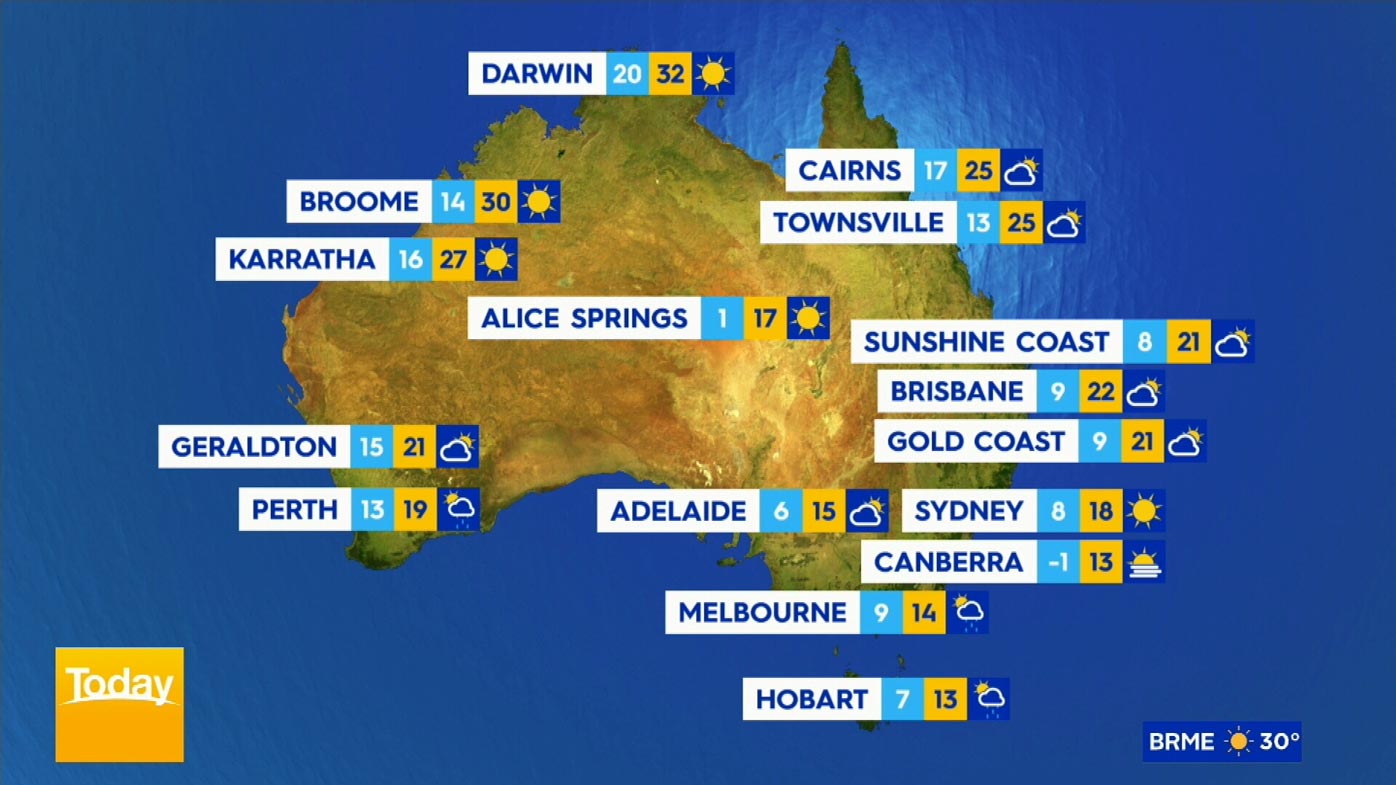 Onshore winds along the eastern seaboard and northeastern Northern Territory will cause the odd shower.

Sunshine ahead for Sydney residents, with the mercury set to rise from 8 degrees Celsius to 18 later today.

Melbournians can expect a few light showers, a top of 14 and a low of 9 degrees Celsius.

Partly cloudy weather is forecast for Brisbane, as the temperature swings from 9 to a high of 22 degrees Celsius.

Showers will ease today in Perth. Temperatures will bottom out at 13 degrees Celsius, with a small bump up to a high of 19.

Adelaide residents are in for partly cloudy skies, with temperatures spanning 6 to 15 degrees Celsius.

Showers will increase in Hobart, accompanied by a low of 7 and a high of 13 degrees.

Canberrans will shiver through a frosty -1 degrees Celsius, otherwise enjoying mostly sunny weather and a top of 13.

More sunshine for Darwin as residents are treated to temperatures of between 20 and 32 degrees Celsius.