Six states are forecast to receive showers and/or isolated storms today, as multiple troughs make their way across the country.

Forecasts predict a wet start to the weekend with showers expected for six of the eight states and territories today.

A trough and cold front are triggering rain and showers in southern Western Australia and South Australia, Victoria and Tasmania.

Later into the day, showers and isolated storms are set to push into southwest NSW as well. 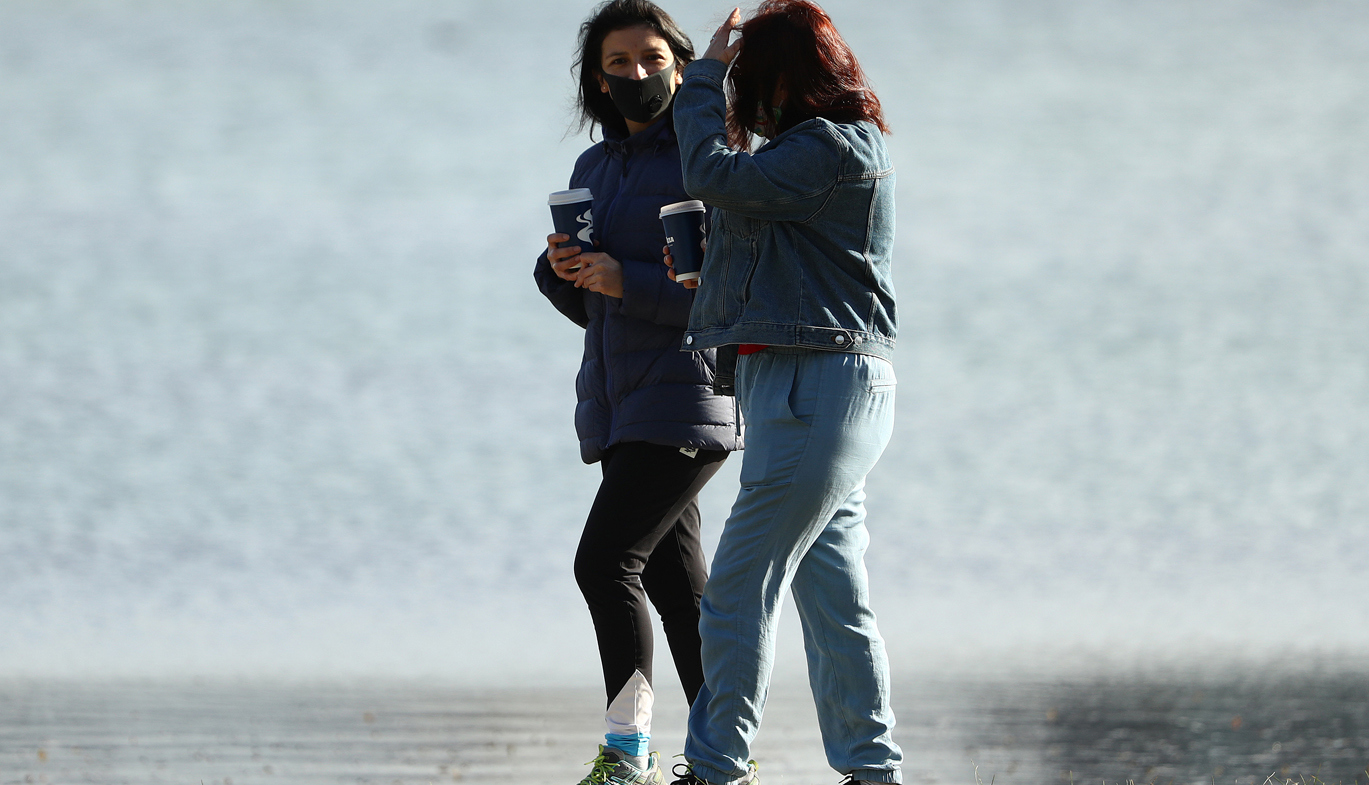 A trough over southeast and central eastern Queensland is generating showers and storms in parts of the state.

While a dry airmass is keeping elsewhere mostly clear.

Maximum and minimum temperatures generally near or below average in eastern and northern districts, tending near or above average elsewhere. Highs of 28C in Townsville, Cairns and Cooktown, while Brisbane, Gympie and Bundaberg are all set for a top of 23C.

A possible shower about the north coast and adjacent ranges. A light shower or two developing about the southern inland during the afternoon or evening. Dry and partly cloudy elsewhere.

Morning fogs in the east, mainly about the tablelands, and local early frosts on the southern ranges. Daytime temperatures mostly above average, most notably in the far west, although below average about the northern coast.

A top of 21C forecast for Port Maquarie, Coffs Harbour and Wollongong. Highs of 19C in Canberra with overnight lows dropping to 3C.

East to northeasterly winds near the coast, freshening in the afternoon, and north to northwesterly winds inland. A late southerly change in the far south.

Patchy morning fog in the southwest and northeast. Dry at first over the far north and east. Areas of rain over the Southwest and Central districts slowly extending northeast during the day with some moderate to heavy falls possible over the south and west.

A cool to mild and cloudy day with moderate to locally fresh northerly winds ahead of a southerly change over the southwest reaching central during the late afternoon and evening.

Melbourne is forecast to reach highs of 16C and a Road Weather Alert is in place for all suburbs, with slippery roads making driving conditions dangerous during the day. The next alert will be issued by 5:00 am EST.

Fine in the southwest. Rain elsewhere, contracting to the northeast during the morning and easing.

Top temperatures of 15C in Queenstown with overnight lows down to 6C in Geeveston.

Cool to mild in the far south grading to warm to hot in the north, with temperatures reaching 34C in Coober Pedy, down to highs of 20C in Adelaide.

Freshening north to northeasterly winds ahead of a milder moderate to fresh southerly change extending to a line near Coober Pedy to Yunta late evening. Winds fresh to strong at times in the west during the afternoon with possible areas of raised dust.

READ:  New financial year: The July 1 laws that will affect your hip pocket

Coastal showers possible between Cape Leeuwin and Albany. Showers and the chance of thunderstorms over the eastern parts of the South West Land Division, southern Goldfields and Eucla.

Mostly sunny, cool-to-cold in the south with highs of 19C in Perth, Bunbury and Wellstead. While in the northwest and northeast its set to be sunny and very warm with a top of 40C forecast for Pannawonica.

A Severe Fire Danger is forecast for the South Interior with hot and very dry conditions through the region.

Moderate northwesterly winds ahead of fresh and gusty southerly change will move through southern and central parts during the afternoon.

Patchy morning fog in the Carpentaria and eastern Arnhem Districts. Partly cloudy over the Lasseter District during the afternoon. Sunny elsewhere.

Temperatures well above average south of Tennant Creek, where a high of 34C is forecast. Light to moderate northeast to southeast winds, fresh and gusty at times during the morning in the Tanami and Lasseter Districts.

There is a severe fire danger warning over the northwest Top End, High to Very High over the remainder. Easterly winds across the western Top End will become hot and dry during the early afternoon, resulting in Severe Fire Danger in the Darwin and Adelaide River fire forecast area on Saturday.