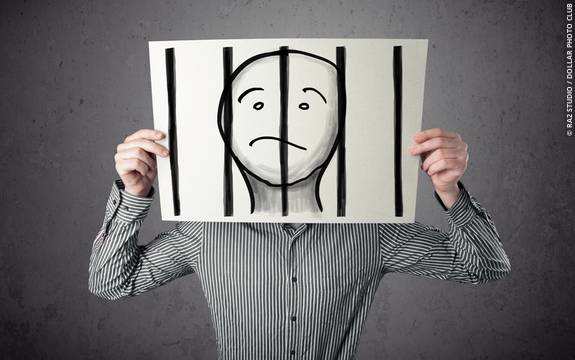 Media release – Westbury Region Against the Prison Inc, 10 June 2020 In October 2019, the Government commissioned SGS Economics and Planning to prepare what the Government described as a ‘Social and Economic Benefit Study’ in relation to the Westbury Prison. Information about the commissioning of the SGS study via Right to Information was heavily redacted […]

In October 2019, the Government commissioned SGS Economics and Planning to prepare what the Government described as a ‘Social and Economic Benefit Study’ in relation to the Westbury Prison.

Information about the commissioning of the SGS study via Right to Information was heavily redacted before being released, meaning that the instructions given to SGS by the Government were not released and are still not known. Many in the community participated in the surveys conducted by SGS earlier this year in good faith, with the expectation that the results of the survey would be readily disclosed. They did so despite understandable misgivings that the study would be skewed.

The Government has now had the report for 12 days. The Minister for Corrections has refused to identify a deadline for its release.

In the meantime, everyone here in Westbury holds our breaths, waiting to be told what the future may hold for our beautiful town. We are completely in limbo, as we have been for 9 months. Our small community is imploding under this burden.

We call on all politicians and the media to support our call for the Government to release the report about our town, which will in turn determine our future, immediately. We have waited long enough.

The Liberals continue to grubby their northern prison planning process with secrecy and bad faith community consultation. It is little wonder the Westbury community are furious.

The Gutwein Government has failed to participate in engaged discussion with Westbury residents, let alone listened to their feedback, around the so-called “benefits” study. Rather, it has treated them with disdain and ignored the profound justice benefits of the obvious alternative – rehabilitation of the Ashley Youth Detention Centre.

The benefits of closing the discredited Ashley Youth Detention Centre, repurposing it to become a northern adult rehabilitation centre, and establishing two new purpose-built facilities in the State for youth detention are obvious.

Both the Liberal and Labor parties are baying for a northern prison, and now both parties have indicated support for the stinky Major Projects Bill.

This is bad news for Westbury residents, who face the prospect of their town being selected as the site for a misguided second prison. If it were declared a major project they would be stripped of the normal planning processes, including their right to a say and appeal.

Critically, repurposing Ashley would not only solve the economic burden of a new prison build and ease the concerns of Westbury, it would also allow the Government to reset youth justice. Money saved could be directed into the therapeutic youth justice model recommended to government in the 2018 Noetic Report.

The Liberals now have the opportunity to abandon their divisive and archaic prison build vision to ‘fix crime’. It is in the best interests of the community of Westbury, but also the community at large.

· Government must go back to the drawing board on prison site

The Labor Party has backed calls by the Westbury community for the government to stop stalling and release a social and economic impact report on the northern prison location to provide some certainty to the community.

Labor Member for Lyons Jen Butler said Peter Gutwein must honour his pledge to release the report publicly so it can inform decision-making as he promised.

“The Westbury community has been through nine months of a shambolic and distressing process for the northern prison,” Ms Butler said.

“They have made it clear they will not accept the prison in their town but the government continues to treat them with contempt and leave them in limbo about the future of their town.

“After getting the initial consultation process very badly wrong, the government has now dragged out a series of surveys it says will guide its decision on whether to push ahead with Westbury.

“Despite promising to release the report publicly and having had it for 13 days, Peter Gutwein remains silent on its contents and will not say when he plans to release it.

“This is not good enough and the community group, Westbury Region Against the Prison has been forced to issue a plea to the government to do so.

“The fact that the Premier’s silence comes on top of calls by the Tasmanian Chamber of Commerce and Industry to change tack quickly on the location shows the government is floundering and has badly misjudged not only the Westbury community but also the business community it claims to represent.

“While Labor supports development of a northern prison, it is not appropriate to force a decision on a community.

“The people of Westbury deserve to be heard and the government must keep them informed and release this report as a matter of urgency.

“Their silence suggests they are merely delaying the inevitable. It is time the government showed the Westbury community some respect, conceded they got it wrong and went back to the drawing board, so the people of Westbury can heal and move on.”